Monastic monkeys and religious ravens: the pets of medieval monks 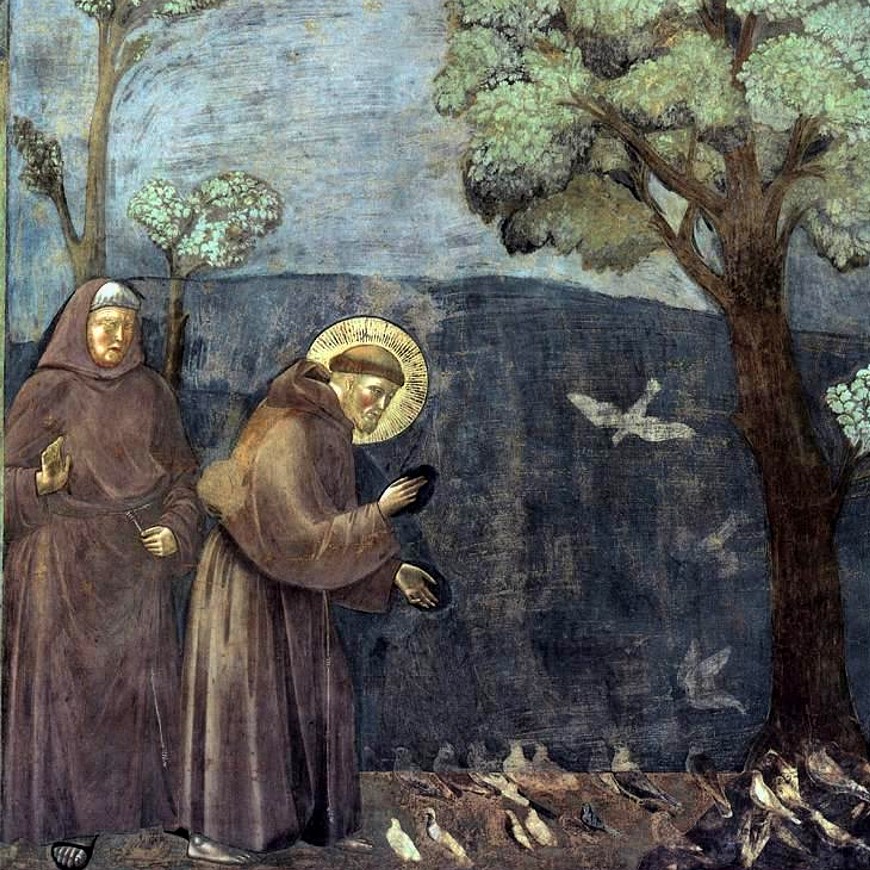 In common with countless people across the land, my experience of Covid-19 has been just that bit more bearable thanks to a pet. I hasten to add it’s not mine, but twice-weekly walks across London to meet a friend in a park and play with his rescue dog have been nothing short of joyous. Written and visual sources dating from the 12th to the 16th century can leave no doubt that medieval monks and nuns were every bit as prone to the charms of a furry or feathered companion as we are today, turning to them for comfort, friendship, recreation and – it being the Middle Ages – theological meaning.

But you’ll search in vain for any mention of the benefits of pets in the various Rules that guided life within the cloister. In fact, their presence was, to use a word much in vogue at the moment, “problematic”. The 12th-century statutes of the austere Cistercians explicitly forbade the keeping of animals for pleasure. An admiring description of the Order written by Walter Daniel, a monk of Rievaulx Abbey, Yorkshire, in around 1167, approvingly notes that the only dogs found at Cistercian monasteries were “good barkers” used as a defence against material and spiritual dangers.

The famous incident of St Francis of Assisi (d.1226) preaching to the birds, a subject beloved of artists from Giotto onwards, was far from being an endorsement of pet keeping. The saint’s communication with wild animals was instead viewed as a celebration of Divine Creation. This was beautifully and movingly evoked by Francis in his Canticle of the Sun which presents a unified idea of the natural world that Extinction Rebellion could embrace. However, the poverty-loving Franciscans considered pet-keeping as nothing short of frivolous, any offenders considered unworthy of the respect of their brother friars.

Records of the inspections of monastic conduct carried out by ecclesiastical bigwigs similarly show that pet keeping was frowned upon. These “visitations” frequently led to monks and nuns being censured for their ownership of pets. At the end of the 13th-century, the abbot of Westminster – the coronation place and sepulchre of kings – warned his monks that, “no one of our household shall have a dog or bird”. At the other end of the status spectrum, the Archbishop of York rebuked several poor nunneries in his diocese because of their fondness for pet dogs, rabbits and songbirds.

There were several reasons for this wagging of holy fingers. The presence of animals in the cloistered heart of monasteries just wasn’t in keeping with the decorum demanded of men and women who’d dedicated their lives to the service of God. Pets were even documented as running amuck in monastic churches, the most sacred of spaces used for the celebration of Mass and singing of the Divine Office. They also distracted the religious from their spiritual duties, indeed the nuns of Chatteris Priory, Cambridgeshire, were told off for placing pets beneath their choir-stalls during religious services. And pets also consumed food that should be put to better uses, such as alms for the poor. Indeed, monastic moralistic texts left monks and nuns in no doubt that ownership of pets could entail a protracted stay in Purgatory where their souls would be purged of sin by appropriately animalistic punishments.

But none of this seems to have made a blind bit of difference; human nature being what it is, pets were as much a part of medieval monastic life as they are in secular 21st-century Britain. Just like today, cats and dogs predominated. Both had the virtue of having practical uses, especially the control of vermin. Indeed, cats appear to have been afforded more status and affection within monasteries than the outside world, some greater churches even keeping “official” cats and employing custodians for their care.

There was also a taste for the exotic. Ravens, squirrels, even bears are all mentioned in monastic contexts. Battle Abbey, East Sussex, was among a number of religious houses to have had a pet monkey. It was kept shackled to a chain, the purchase of which is mentioned in the monastery’s financial accounts from the late 13th century. As well as being curiosities and amusements, monkeys - indeed most animals - were interpreted allegorically, a process aided by books called “Bestiaries” which survive in considerable numbers from monastic libraries. Dogs were praised for their loyalty. Monkeys, however, didn’t get a good press, and were regarded as cunning and even equated with the devil.

The chaining of the Battle monkey would now be regarded as cruel, a reminder that the medieval religious were on occasion far from sentimental about the animals in their care. A 13th-century German Cistercian records, for instance, how the flesh of dismembered puppies was placed on the head of a lustful novice in an attempt to cure his delirium. The animal lovers among you may note with satisfaction that the treatment didn’t work (surprise, surprise), the novice dying in agony.

Despite this, monks and nuns were generally every bit as affectionate to their pets as we are today. An illumination in a 14th-century Book of Hours depicts a nun cuddling her pet pooch, and monk at Beaulieu Abbey, Hampshire, sketched his monastery’s cat in the abbey’s account book, writing its name “Mite” above. The adeptness of the medieval monastic mind was such that lavishing love on a pet could even be considered virtuous, nurturing a sense of devotion that could ultimately be directed towards Christ.

Pets also provided the monks, nuns and clerics with comfort and companionship. Robert Coquina, bishop of Durham (1274-83), had two pet monkeys “for the relief of his cares”. St Waldef, sometime prior of Kirkham, Yorkshire, monk of Rievaulx and ultimately abbot of Melrose in Scotland, was so attached to his horse that it was called Brother Grizzel. The intensity of the relationship was mutual, Brother Grizzel wasting away through sadness after the saint’s death in 1160.

I’m on the side of the pet-keeping monks and nuns, more than prepared to cut them some slack for turning to cats, dogs and other beasts to make their lives in the cloister more sustainable and fulfilling. I’ve no doubt it even helped them to attain a fuller understanding of the splendours and preciousness of the natural world – given the frightening heating of the planet, we’d do well to emulate them.