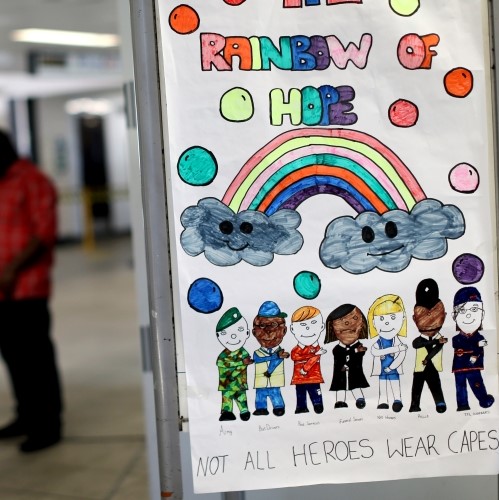 Celebrating young carers in the UK 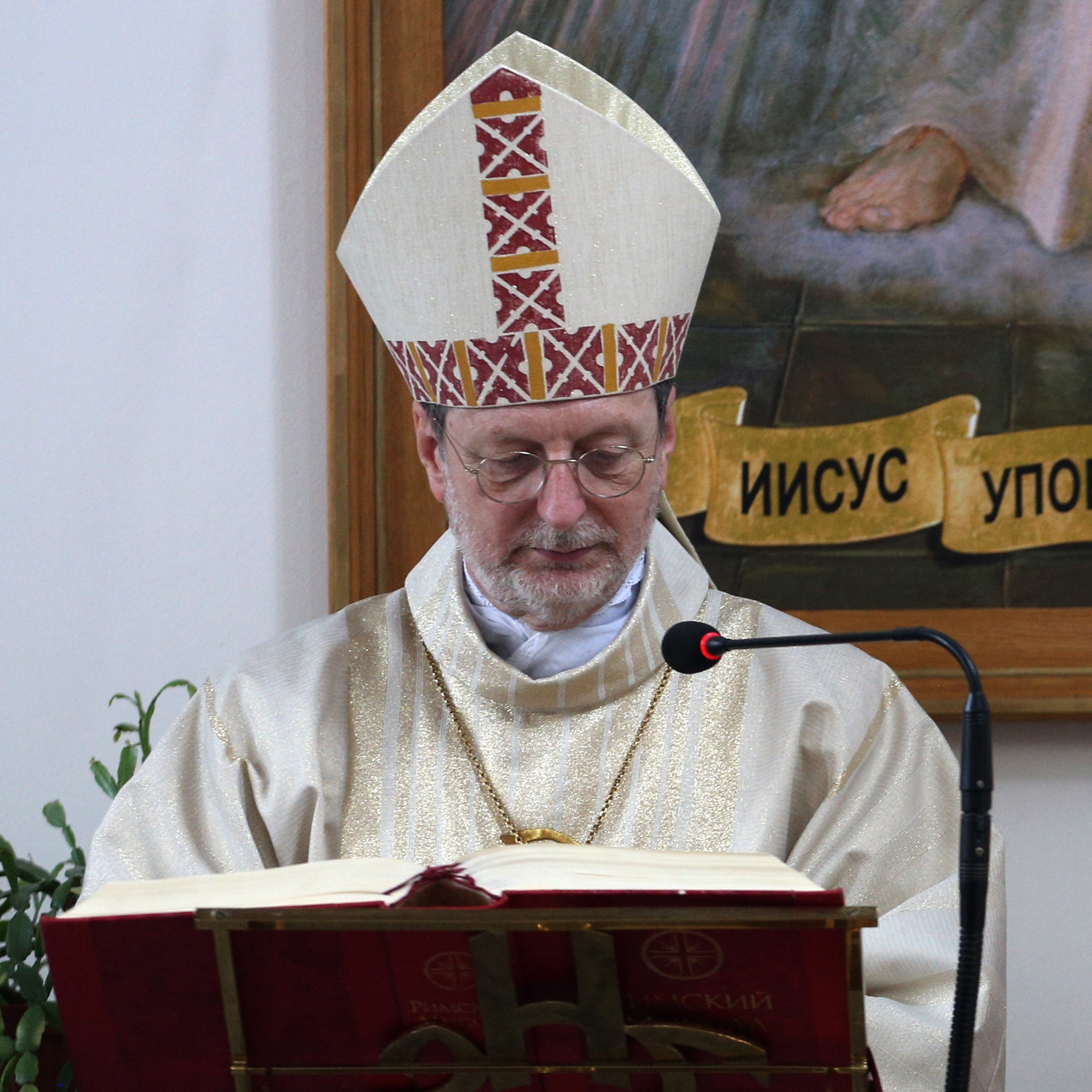 I wonder how many people are surprised, when they think about it, to find themselves doing the work they do as adults, or rather, how few of them always expected to find themselves where they have ended up, in their adult careers? Things do not come about as we foresee.  Even those who do long vocational courses such as medicine and architecture sometimes find themselves in an unexpected place, working at an angle, as you might say, to what they imagined. And if you do an arts degree, some will tell you that you are qualified for nothing relevant, whereas others will think that the world is your oyster. Opportunities pop up in the most unexpected places, and when you put your foot upon the road, as Tolkien reminds us, you never know where it is going to take you.

In your life you might remember one person who gave you that little nudge which moved you into a new area. For many people, it’s a beloved teacher. Sometimes a person can make a major difference with just a tiny intervention, sometimes you don’t even know who they are, sometimes you see them once and never again; sometimes, someone says just what you need to hear at a particular moment. Sometimes it is you who chance to do this for someone else, and it’s a rare privilege. I think of these people, these chance interventions, as angels in the path, and nearly always don’t spot them until later, with the help of hindsight. Maybe it’s because it’s easier to cope with angels if we aren’t too aware of them.

The new Apostolic Nuncio to Britain, Claudio Gugerotti, is one of these people for me. We arrived to work in Georgia (the European one, on the Black Sea, not the US one, which often confuses people) in 2007.  My husband works for the Diplomatic Service, and we have spent quite a lot of time in Eastern Europe.  Georgia is even further east, a colourful and vivid place, one of the most beautiful countries I have ever seen, with a difficult political history and equally difficult neighbours. Claudio was the Nuncio for the whole area, taking in Armenia and Azerbaijan as well. Georgia is an Eastern Orthodox (autocephalous) country, with a tiny Catholic population, and one church in Tbilisi used to have a Sunday Mass in English for the foreigners living there.

Georgian is a fascinating language, but it’s not easy, and it’s not Indo-European. We arrived in the summer (so accompanied by some of the children), and decided that we would try the Mass in English so as not to put too much strain on our teenagers’ keenness for Sunday morning Mass (also, there were not many alternatives that we could track down at first). Sermons in different languages, in particular, have always been a bit tricky, and sadly gone are the days when I could keep the children quiet with home made holy quiz sheets, still fondly remembered. I can’t recall, at this distance, whether we met Claudio first at a diplomatic reception or on a Sunday, but he said that Mass regularly, so we had a chance to see him often.

The Nuncio is the Pope’s representative, in any given country or area. Like any diplomat, he has a two-fold role: to explain his own country to the people where he is posted and to explain them and their ways to the people back home. But the Nuncio arrives in any country already possessing a most impressive local network of knowledge, expertise and contacts which other diplomats can only envy, and he often outstays most of his colleagues. Claudio is an academic and a theologian as well as a diplomat, but mainly he is a co-operative and friendly person, interested in others and in their views, and happy to enter into discussion. This was the first posting in our experience where the Nuncio said a public Mass every week. Claudio has a strong pastoral streak, he talks well and relevantly in his sermons; he always leaves you with something to chew on. He is happy to engage ecumenically, and he’s the sort of Catholic whose initial reaction to a query is to try to make things work rather than shut them down.  He is very approachable.

It just so happened that several European and other ambassadors at the time were practising Catholics, so meeting at that time every Sunday was an easy way for colleagues to keep in touch and share anything important that transpired. (It was quite an exciting time to be a diplomat in Tbilisi; two weeks after we arrived, a missile unaccountably landed in a field in the north, and a year later the Russians invaded.  Everyone needed to keep up to speed.) But Claudio wanted our Mass to be a proper expression of a proper community, so he called a meeting one Sunday to see how members of the congregation might like to engage. The church did not have any spare room or possibility to offer any sort of hospitality before or after Mass; there was very little space even outside; so we had to focus on what we could do within the Mass itself. I remember the atmosphere being a bit timid, even slightly surprised. Most Catholics don’t expect to be invited to discuss the liturgy (especially as foreigners abroad); certainly we hadn’t come across that sort of approach since the university chaplaincy where we met. I remember Claudio sitting very quietly, hands clasped in his lap, nodding benignly as people hesitantly offered suggestions. I wanted to help, so I had to think of something to offer.

The church had very limited musical resources (one portable keyboard, twenty American hymn books which someone had kindly presented to the church some years before), an extremely mixed congregation, with English as a lingua franca, and an American Lectionary which had been kindly given to the parish by a generous person in the US Embassy. There were two lovely American ladies who chose the hymns from week to week, and I really didn’t want to tread on their toes. (I’d only met them recently, and they became good friends.)  As it happened, no one was singing the Responsorial Psalm. So I offered to do that, and Claudio blinked at me benignly and said yes, he thought that would be worth trying. People were happy to do a bit more singing, but it had to be self-contained and not difficult.

Then, of course, I had to find musical settings, which turned out to be nearly impossible. The ones in the hymn book were much too free with the words, and the Responses were not engaging. When I used to read stories to the children, I had always made up little tunes for the verses which came up in the stories. I like singing. We’d always sung in the choir of any church we’d been at regularly (this is the point in the narrative where the children rudely correct that to taking it over, which is not true). So after a bit, I started writing my own tunes, then adding a bass for Leon who played the keyboard (because –  understandably – he wasn’t using the harmonies I had in my head).

That first congregation was wonderfully tolerant and encouraging. My husband wanted to join in, but his singing voice was wobbly after illness, so I wrote him a contrapuntal recorder part. We went digital when people asked for copies; we went international when we realised that there are different National Lectionaries (we currently cover four of them). None of this would have happened without the initial encouragement from Claudio for the psalms at Sunday Masses.

If Claudio himself could not be there, he sent his number two, and if they both had to be absent, the Georgian parish priest would say Mass in English for us, with many unnecessary apologies. But all three of them would sing along every week with the Response to the psalm. I wish more priests would do this; it makes a huge difference and encourages the congregation to join in more than anything else. Claudio is from Verona, in the heart of the Italian Baroque. He would listen with his eyes shut and a little smile on his face if he liked the music.  Being from Verona is an asset when dealing with Anglo-Saxons. Since Shakespeare sited so many of his plays there (Two Gentlemen and Romeo and Juliet for a start),  many of us seem to feel that it’s less foreign to us than the rest of Italy, though Catholics also feel they have a stake in Rome too.

We asked him for help when someone came to us fearing discrimination or persecution in their own church and community. This young person had no idea where they felt comfortable on the gender spectrum, but was not able to find anyone of their own even to listen to them. We invited Claudio and this person over to tea (some things about the British never change), and left them to do nearly all the talking. What I remember from the encounter is Claudio’s gentleness, though there were no easy solutions, and he didn’t pretend that there were.

After a few eventful years, we were posted on to Moscow and then Serbia, and Claudio moved to Belarus and then Ukraine, so our paths have not crossed since Tbilisi. But we are delighted that he’s coming to Britain. The Turkish Ambassador in Georgia was a great friend of his and always claimed that they had a deal: he would convert to Catholicism, but only if Claudio became pope. I think Claudio and the current Pope actually have a very similar approach. Certainly, with Claudio as the Pope’s representative here, the Vatican will have an impressive team in play.