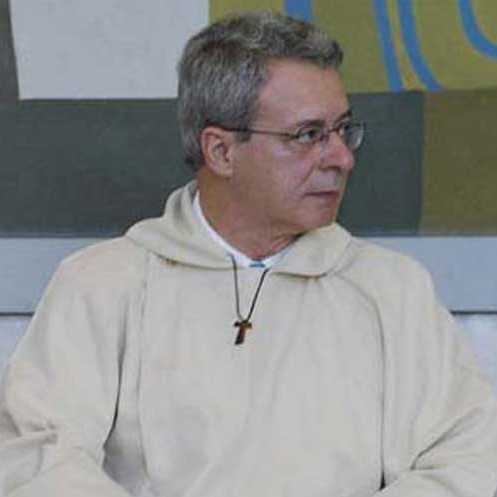 Catholics and Anabaptists working together for peace 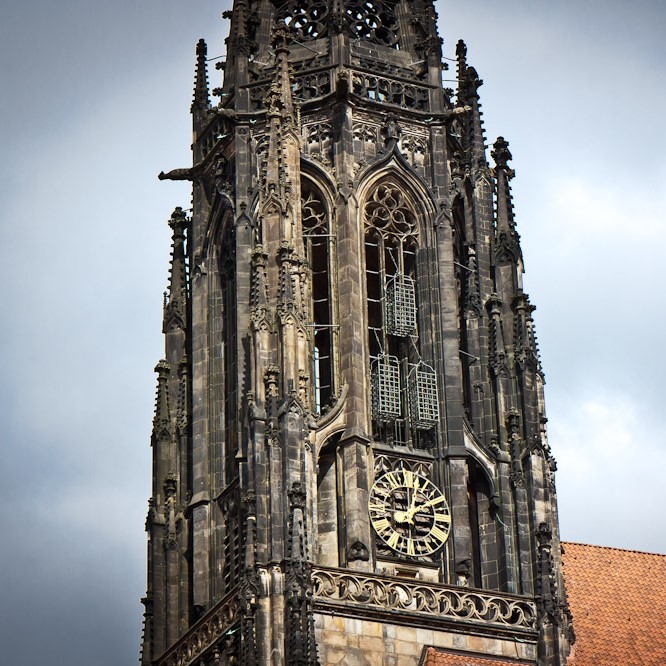 This month marks the 5th anniversary of the death of Ivan Kauffman, a Mennonite convert to Catholicism and co-founder of the wonderful Bridgefolk community. Bridgefolk is a movement of sacramentally-minded Mennonites and peace-minded Roman Catholics who come together to celebrate each other's traditions, explore each other's practices and honour each other's contribution to the mission of Christ's Church.

Together, they find better ways to embody a commitment to both traditions, seeking to make Anabaptist-Mennonite practices of discipleship, peaceableness, and lay participation more accessible to Roman Catholics, and to bring the spiritual, liturgical, and sacramental practices of the Catholic tradition to Anabaptists.

I’ve been an admirer of Bridgefolk for a very long time but this movement isn’t my first encounter with Mennonites. Way back in 2009 the late Gene Stoltzfus, the founder and director of Christian Peacemaker Teams (CPT) visited us here in Scotland to share his field experience in global peacemaking.

Stoltzfus was a Mennonite from Ohio who successfully placed violence-reduction teams in crisis situations and militarized areas around the world – including Hebron, Iraq, and Colombia – at the invitation of local peace and human rights workers.

It is also worth noting that the Gene Stoltzfus Centre for Creative Peacemaking works closely with the ‘Mennonite Worker’ in Minneapolis; a community committed to prayer and peacemaking, deeply influenced by Dorothy Day and the Catholic Worker movement.

More than a decade after Gene’s visit, both Glasgow Catholic Workers and Pax Christi Scotland are signatories of Catholic Nonviolence Initiative’s recent letter to Pope Francis.

Earlier this year, CNI invited Catholic religious communities, organisations, educational institutions and individuals to sign a message to Pope Francis expressing our gratitude for his leadership during this time of crisis and our belief that nonviolence is a crucial pillar in the foundation of the more just and sustainable post-pandemic world envisioned by Laudato Si’.

For us, it is hugely positive to see the Vatican now developing a set of practical guidelines which will give the entire Church operational guidance to put Laudato Si’ into practice.

Meanwhile, our current understanding of ‘Just War’ appears to be upon increasingly shaky ground, perhaps soon to go the same way as the death penalty within the Church, especially in relation to the problematic application of Just War to the indiscriminate methods of war-making in the 21st century.

It seems as if the Church is drifting away from Just War while moving towards a normative conviction in reconciliation, nonviolence, and active peacemaking.

In doing so, we subsequently draw closer to our sisters and brothers within the various peace churches, such as the aforementioned Mennonites. Both Catholics and Mennonites are committed to peacemaking though they currently differ in their understanding of how this is to be done.

While many Catholics understand the just war theory as being valid in some extreme situations, we also agree with Mennonites on the right to conscientious objection to modern warfare and specific conflicts, and deplore almost every aspect of modern warfare.

Or, as another Bridgefolk Mennonite-Catholic, Gerald Schlabach, author of ‘A Pilgrim People – Becoming a Catholic Peace Church’, states – ‘we do not begin by assuming that a ‘peace church’ must mean pacifist church. Rather, we start by encouraging our Catholic communities to become ever more skilful at working through their conflicts without recourse to violence and without demeaning one another’s dignity’.

Schlabach goes on to say that Just war Christians and pacifists must start by recognising themselves as being part of the same church, sharing twin legitimate traditions.

Indeed, ecumenical dialogue is itself a mode of peacemaking, yet our relationship with Anabaptists hasn’t always been so cordial; a few years ago, I was fortunate enough to live and study in the easy-going city of Munster in North Rhine Westphalia for a short time. Despite once being part of Prussia, the Westphalia region remains solidly Catholic amid the ongoing decline in Church attendance currently taking place across Germany.

While I was there I enjoyed assorted beers, an abundance of pleasant cycling and regular Mass at the magnificent late gothic cathedral of St Lamberts in the heart of the old city.

The first thing you notice about ‘The Lamberti’ is the fact that three grotesque iron cages hang by chains from the steeple, these cages where once used to display the corpses of  John of Leiden, Bernhard Knipperdolling and Bernhard Krechting, the executed Anabaptist leaders of the Munster rebellion.

Before this particularly gruesome period, Munster was a reasonably tolerate city where Catholics and Protestants lived together in relative peace until the Anabaptists took over the city; sacking Churches and violently implementing what some historians describe as a kind of fanatical millennialist, communistic, totalitarian regime.

For one year between 1534 and 1535, John of Leiden declared himself King, took 16 wives and presided over daily killings until Count Franz von Waldeck, the exiled Bishop Prince of Munster, eventually re-entered the city, subsequently torturing and executing the rebellion’s ringleaders. All in all, none of us come out of this dark episode of Christian history looking especially godly.

In the years following the horrors of Munster, some estimates suggest that as many as 30,000 Anabaptists were executed. Around this time, the former Catholic priest Menno Simons joined the Anabaptist movement but firmly rejected the violence of Munster.

Never again would Anabaptists engage in war or seek any kind of civic power which might allow them to once again take over society and impose their convictions on people who don't share their faith. Rather, from this point onwards, they would simply be the church, values which Mennonites still uphold today.

Menno ended up seeking refuge in Holstein under the protection of Count Bartholomew of Ahlfeld, not too far from where my own Ahlfeld ancestors come from. If you are ever passing through the village of Alt-Fresenburg near Bad Oldesloe, you can stop by Menno Simons lovely little cottage with its huge linden tree in the garden, planted by Menno himself.

Today, relations between Catholics and Anabaptists are much improved, especially since the 2003 Vatican report on dialogue between the Catholic Church and the Mennonite World Conference: "Called together to be peacemakers". The document speaks of healing bitter memories and repentance for the harm that conflict has done to the body of Christ.

The report also points to the fact that both Catholic and Mennonite historians agree that the spiritual roots of the Anabaptist-Mennonite tradition is to be found in this medieval tradition of discipleship found in the Benedictine and the Franciscan orders, and in the tradition of German mysticism.

Even so, joining with other denominations as part of an ecumenical campaigning organisation or within a faith-sharing group is no substitute for real human relationships and true friendship.

In 2010 for example, Goshen College, the well known Mennonite Liberal Arts College in Indiana, decided to reverse its long-standing policy of not playing the national anthem prior to sporting events at the College. At the time, this decision led to numerous complaints from students, teachers, alumni and also from the wider Christian peace movement around the world.

Many Christian peace activists felt that it was important for Goshen to maintain its distinctive nonviolent worldview as a sign for the rest of the world and it was through this particular issue that I became acquainted with Jennifer Detweiler.

Jennifer came from a long line of Mennonites, her father had been a Sunday school teacher and superintendent at Line Lexington Mennonite Church in Pennsylvania and it was Jennifer who taught me all about why this issue was so central Mennonite identity and tradition.

Sadly, Jennifer Detweiler passed away in 2018 after a long illness but it was a privilege to learn so much from her, just as writers such as of Rudy Wiebe and Miriam Toews provide us with a ‘warts and all’, insight into the reality of Mennonite life.

I’ve come to think of now-departed friends of God such as Gene Stoltzfus, Ivan Kauffman and Jennifer Detweiler as outriders whose openness and ecumenism have ‘prepared the way for the Lord, making straight his paths’. That is to say, they have come to us like prophets with a vision of Church which reclaims the precepts of a people set apart.

In doing so we revisit scripture as a vulnerable and powerless people, or as the Mennonite Pastor and writer Melissa Florer-Bixler highlights in her brilliant ‘Fire by Night: Finding God in the Pages of the Old Testament – “We are invited to witness the lives of people in Scripture who struggled with God’s presence and God’s absence”.

Perhaps it is time we all leave Munster behind, and instead sustain ourselves by holy living in word and deed.

Ross Ahlfeld is an activist with the Glasgow Catholic Worker and sits on the Executive Committee of Pax Christi Scotland. He blogs here and can be followed on Twitter here.

It was heartwarming to read this beautiful story on the work of a priest chaplain. Denis himself proved a great visitor when he visited St Benedict's College Colchester in his role as Minister for Europe. The young man sent to the school to ensure we were properly prepared for the Minister's visit asked me many questions about St Benedict in order to brief his boss. He was not to know that Denis knew more about St Benedict than most people. Along with Chris Patten, He is a very proud past pupil of Ealing's St Benedict's.

His friendly chats with students and staff as he visited our Colchester classrooms made a deep impact on all who met him.