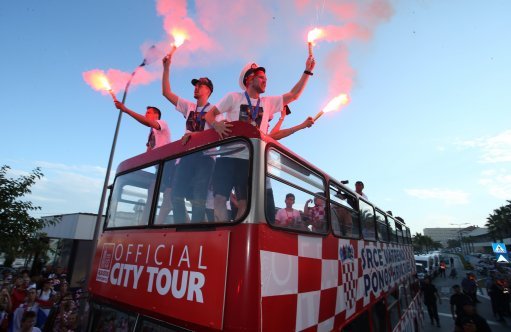 Croatia: Where Football Is Much More Than A Game

On Monday (30 July) the Supreme Court was faced with the question as to whether “a court order must always be obtained before clinically assisted nutrition and hydration, which is keeping alive a person with a prolonged disorder of consciousness, can be withdrawn, or whether, in some circumstances, this can occur without court involvement.” The answer was that a court order was not necessary where the cessation of hydration and nutrition was in the patient’s “best interests.” This brings in euthanasia by omission.

In the landmark case before the House of Lords in 1993 of Tony Bland, who was left in a persistent vegetative state in the Hillsborough disaster, it was held by the House of Lords that artificial feeding was medical treatment that could be withdrawn even though it would lead to his death as he had no “best interests.” All four judges acknowledged that the withdrawal of hydration and nutrition was intended to cause Tony Bland’s death. “The proposed conduct has the aim for equally humane reasons of terminating the life of Anthony Bland by withholding from him the basic necessities of life”……. "the conduct....is intended to be the cause of death" (Lord Mustill). "The whole purpose of stopping artificial feeding is to bring about the death of Anthony Bland" (Lord Browne-Wilkinson): "The intention to bring about the patient's death is there" (Lord Lowry). "It will (as it is intended to do) cause his death" (Lord Goff).

The present case before the Supreme Court involved Mr Y who sustained a cardiac arrest and severe cerebral hypoxia and brain damage and never regained consciousness. He required clinically assisted nutrition and hydration (CANH) through a gastrostomy feeding tube to keep him alive. He died on 22.12.17 of a chest infection shortly before the case went before the Supreme Court.

Section 1(5) of the Mental Capacity Act (MCA) 2005 sets out that everything done for a person who lacks capacity must be done in his “best interests.” In deciding “best interests” all the relevant circumstances must be considered including considering so far as possible the person’s wishes and feelings beliefs and values that would influence his decision if he had capacity. Account must be taken of the view of those who are responsible for his interests and welfare. When deciding about life-sustaining treatment the person making the determination must not be motivated by a desire to bring about his death.

Section 5 gives healthcare professionals and carers protection from liability where there is a reasonable belief that the person lacks capacity and that the actions are taken in the patient’s best interests. According to Lady Black “if these conditions are satisfied, no more liability is incurred than would have been incurred if the patient had had capacity to consent and had done so.”

The court has powers under sections 15 to 17 of the MCA to make personal welfare decisions for those who lack capacity subject to the provisions of the Act and in particular the patient’s best interests. In the first case to come before the Supreme Court in 2013 after the Mental Capacity Act 2005, Baroness Hale stated that “the focus is on whether it is in the patient’s best interests to give the treatment, rather than whether it is in his best interests to withhold it or withdraw it.” She continued: “If the treatment is not in [the patient’s] best interests, the court will not be able to give its consent on his behalf and it will follow that it will be lawful to withhold or withdraw it. Indeed, it will follow that it will not be lawful to give it.”

Lady Black recognised that there must be a “full recognition of the value of human life, and of the respect in which it must be held. No life is to be relinquished easily.” Nevertheless, she admitted that “there may come a time when life has to be relinquished because that is in the best interests of the patient.”

For Lady Black the essential point was the "best interests” of the patient. The issue was “not whether it is lawful to withdraw or withhold treatment, but whether it is lawful to give it. It is lawful to give treatment only if it is in the patient’s best interests.” Therefore, if the doctor considered that it was not in the patient’s “best interests” then it would be unlawful to give it. However, if it was considered in the patient’s “best interests” to give the treatment then the doctor “will be entitled to the protection from liability conferred by section 5 of the MCA 2005.” Therefore a great deal will hinge on the professional ethics and integrity of the responsible clinician. However, for the avoidance of doubt, “No one would discourage an application in any case where it is felt that the assistance of the court would be valuable. And if a dispute has arisen and cannot be resolved, it must inevitably be put before the court”.

Lady Black recognised that “It is likely, where CANH is withdrawn from a patient who is clinically stable but suffering from a prolonged disorder of consciousness, that death will result from the withdrawal of CANH.” Nevertheless, to deliberately bring about the death of a patient would appear to contradict Section 4(5) of the 2005 Act, which Lady Black confirms “imposes the safeguard that the person making the decision must not be motivated by a desire to bring about his death.”

St. John Paul II outlined the ethical position in relation to the provision of hydration and nutrition, howsoever provided in 2004:

"I should like particularly to underline how the administration of water and food, even when provided by artificial means, always represents a natural means of preserving life, not a medical act. Its use, furthermore, should be considered in principle ordinary and proportionate, and as such morally obligatory insofar as and until it is seen to have attained its proper finality, which in the present case consists in providing nourishment to the patient and alleviation of his suffering”. He continued, “death by starvation or dehydration is in fact the only possible outcome as a result of their withdrawal. In this sense it ends up becoming, if done knowingly and willingly, true and proper euthanasia by omission" (John Paul II, 2004. Care for patients in a permanent vegetative state).

The Supreme Court decision will mean that where there is no welfare attorney empowered to make healthcare decisions on behalf of the mentally incapacitated patient, what is decided by the doctors to be in the patent’s “best interests” will depend upon the individual judgment of the clinician. Where the doctor concludes it is in the “best interests” of the patient to receive hydration and nutrition it can legally continue, otherwise it must cease.   As Dr Peter Saunders of the Christian Medical Fellowship has rightly observed "It will make it more likely that severely brain-damaged patients will be starved or dehydrated to death in their supposed 'best interests' and that these decisions will be more influenced by those who have ideological or financial vested interests in this course of action."

The intentional killing of patients though dehydration will not require judicial review if it is deemed in the “best interests” of the patient. The doctor will be the decision maker where there is no donee of lasting power of attorney. It is now increasingly important for patients to make clear their intentions with regards to receiving treatment and that they regard tube feeding as ordinary care. It is also important that donees of lasting power of attorney over healthcare decisions are appointed so that they can indicate the patient’s wishes are and make decisions on behalf of mentally incapacitated persons.