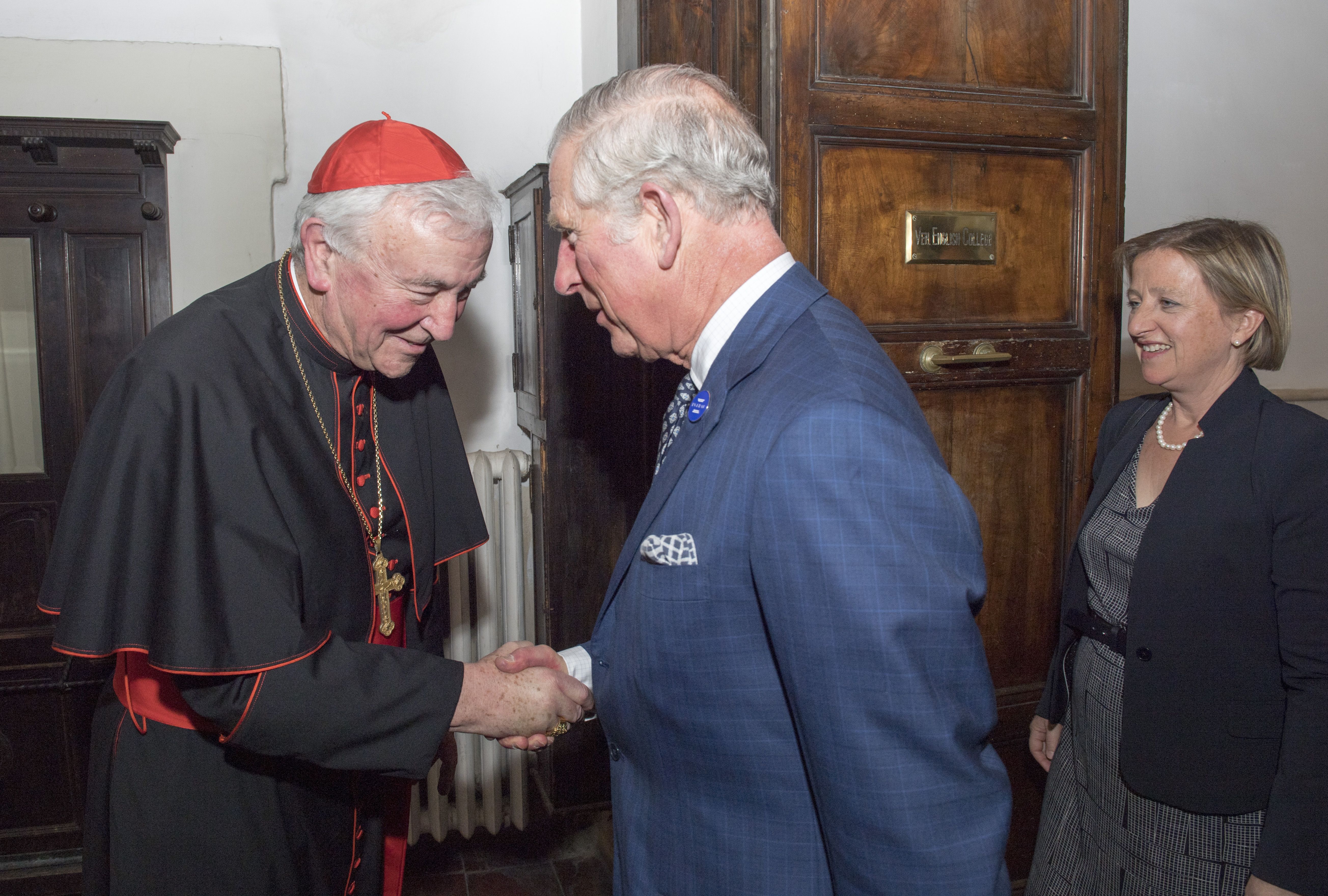 Is it time for the bishops to make a 'bonfire of their vanities'?

Poland took 'Three Kings' nativity to the streets and thousands came. Will other countries follow?

In the Polish city of Rzeszow, each year on 6 January, it is as if time and space are warped. Suddenly, cloaked figures wearing helmets and hats swarm the streets as well as the main square, dressed in blue, red and green, like medieval armies preparing for battle. But these men and women of all ages do not fight. Instead, they wave heraldic flags, sing carols and follow their leaders – each of them on a camel, looking for baby Christ. Once they find the Holy Family, they bow and pray. Onlookers will follow – because on this day everyone can follow in the footsteps of the Kings. In fact, everyone can even get a paper crown for themselves, and take part in various street contests.

This is the city by the hilly eastern borders of the European Union that celebrates the March of the Three Kings – a new Catholic tradition, which takes the old tradition of nativity plays to the streets. First organised by a Warsaw school, “Zagle”, in 2008, in only a decade it has grown to become one of the largest – and most colourful – religious festivals in Poland. Year after year, more people attend and more towns join in. Currently, the March of the Three Kings is organised in nearly 650 cities and towns nationwide and is attended by more than 1.2 million people. There is also a dedicated foundation, Orszak, that coordinates the whole undertaking. In contrast to lay parades of Three Kings in countries such as Spain, the march in Poland is inherently biblical. All participating cities execute the same scenario, use the same song-book, symbols and rely on similar design.

Certainly, at the very beginning it was all amateurish. “In our school we wanted to host a nativity play that would allow every single student to play an important role on the scene," said Piotr Giertych, who organised the first event of what would become the March of the Three Kings nativity at Zagle. It began on a small scale, indoors. Its astonishing growth surprised everybody.

“Before long we found we had too many students, and we had to move to a theatre. But again, there were so many people eager to watch that the following year we decided to organise it outdoors”.

At first, the first organisers did everything themselves, including sewing the cloaks or creating spears. They started to knock on the doors of NGOs and Christian foundations, and support built up. And then Archbishop of Warsaw Cardinal Kazimierz Nycz added his support. A decade, it is still growing. The largest of the marches, which takes place in Warsaw, the Polish capital, is broadcast live on national TV and boasts the title of the greatest outdoor nativity play in the world. This is how a new, nationwide yet grassroots tradition has formed. 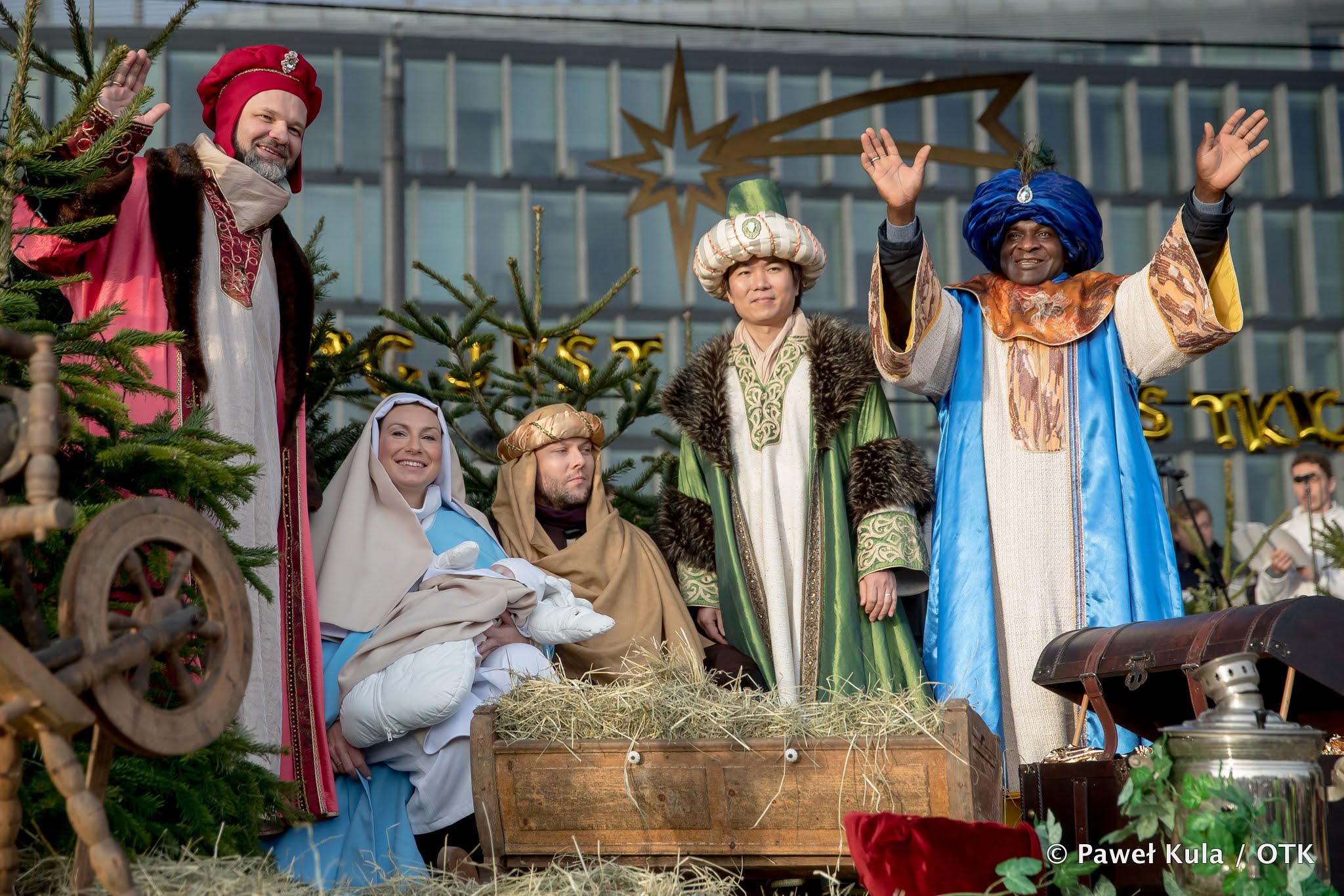 This year’s Warsaw March was unique, not only because of the 10th anniversary of the undertaking itself, but also because 2018 marks the 100th anniversary of the Polish independence. To celebrate both, the participants danced polonaise (a traditional Polish dance) at the Pilsudski Square to the carol “God is born” that referred to independence. The president of Poland, Andrzej Duda, attended the march as well. What is more, the carols were accompanied by charity, in the form of a fundraising action "Kings for the East" that collects money for the cultural institutions operating beyond the eastern border of Poland and for the Poles leaving in post-communist republics in the east.

“The march is a proof that Christianity does not have to disappear from the public forums," said Dariusz Karlowicz, who came up with the idea of focusing the street nativity on the story of three kings. Indeed, in a postmodern era, which encourages us to take religion off the streets, the Poles did directly the opposite. And it is fun. The mayors are willing to support the undertaking, especially that from 2011 on the 6th of January in Poland is a holiday, a day off. Hence supporting the march is a good chance to score some points in the eyes of citizens.

However, the list of societal benefits from the March does not end here. There are also benefits of spiritual and symbolical nature. Firstly, the spiritual dimension – an open and voluntary march (you can join in and out whenever you wish) creates an opportunity for linking both religious and non-religious people around positive Christian ideals. For the religiously inclined, it is a moment to celebrate and ponder. For religious sceptics it still may be fun, although not for the sake of religion, but for the sake of colours, camels, costumes, contests, crowns, paper fans, friendship and a promise of smiling family. Such inclusive, grass-root Christianity is precisely what is needed in Europe of XXI century.

Secondly, there is also a symbolical benefit: when people meet during an open Christian festival, they perform a symbolical “baptism” of the public place. They confirm that the space is safe for Christians to manifest their beliefs, they mark their own place in it and they confirm their faith is open for everyone. This may sound unimportant at first. But if we consider the ongoing ethnic, cultural and religious fragmentation of Europe, it suddenly becomes crucial. In a postmodern era that makes many Christians question their own right to be Christians, the March allows for a reaffirmation of the self in the crowd sharing similar values; reaffirmation of the self as a nod in a network of belief. Contrary to official Church rituals (like processions) the march is loose and non-ritualised. Hence, there are virtually no barriers of entry. 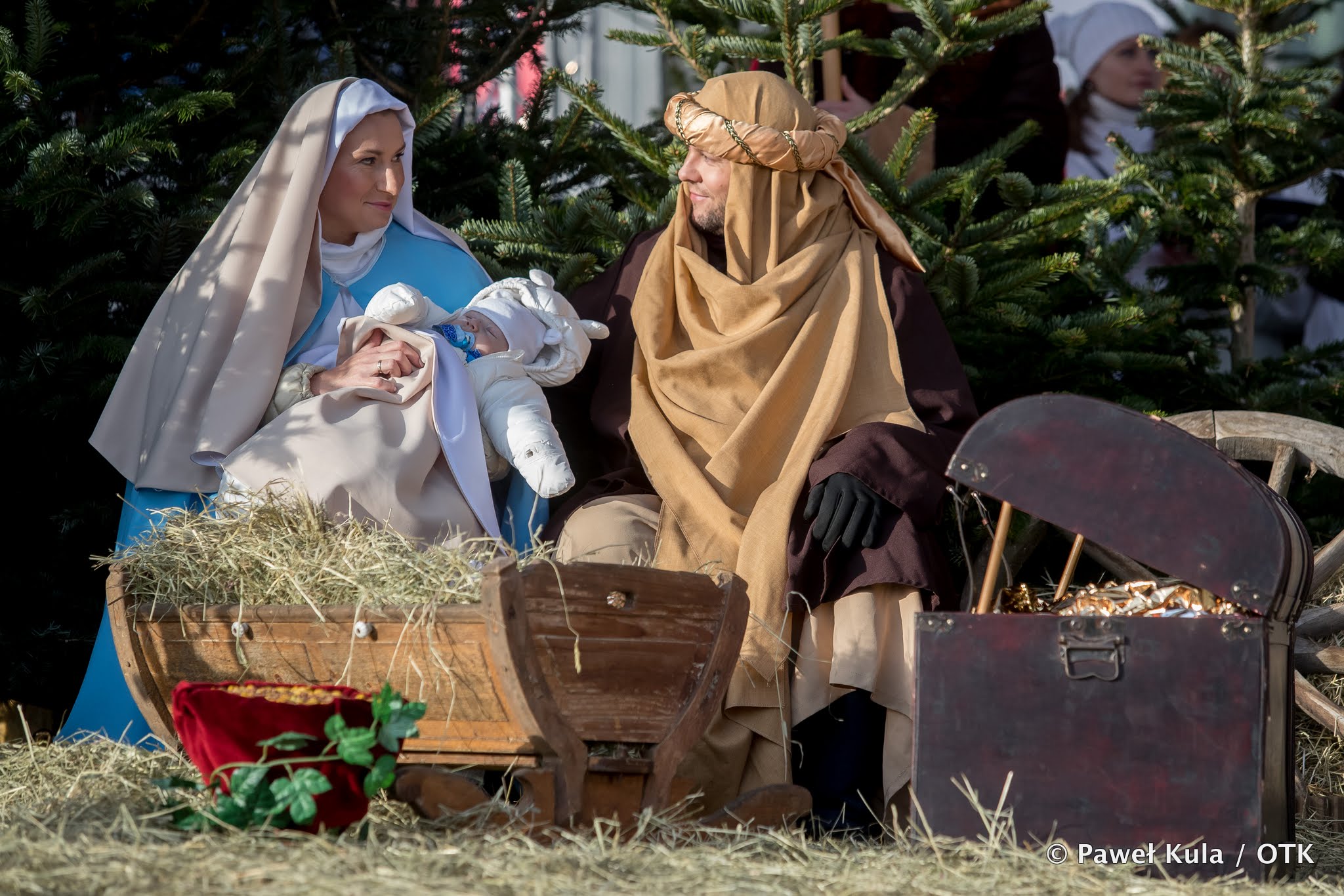 As I am writing this, you might already wonder: is the Polish March of Three Kings transferrable to other European countries, other towns and cities? It certainly is, although I once heard an opinion like this: “In my country it would be hard. Poland is a society with a Catholic majority and such marches are not deemed offensive to anyone. But in other countries and other towns, with non-religious or Muslim majorities, for example, they could be deemed offensive”.

Really? Should peaceful, positive and non-invasive public festival of religious people be deemed offensive by anyone? Or maybe there is something wrong with our post-Christian way of thinking and our way of life?

Perhaps the mood of Christian openness and solidarity that transgresses divisions is something worth spreading after all. Danuta Kobzdej from Solidarity Center Foundation in Gdansk (a city of Lech Walesa and “Solidarity” movement) has no doubts about this. For more than twenty years she has been organizing indoor Nativity Plays in her own house, which attract city elites from various ideological and political backgrounds and stimulates discussions about religion. “Taking the Nativity Play outdoor is a good way to unite even more people across ideological rifts” – she says.

Obviously, the scale of the event in Poland is exceptional; but the marches also take place in a few locations in Germany, United Kingdom, Italy, Romania, Austria, Ukraine, as well as in the USA, Ecuador or Rwanda. What is more, some volunteers from Kazakhstan, Turkey Japan and the Holy Land also want to take part in this making of a new Christian tradition.

I bet the organisers would be happy to help with a how-to guide, should you be willing to try it in your town!

Greg Lewicki, PhD, graduate of London School of Economics and Maastricht University, is a journalist and foresight consultant. His recent works include “Cities in the Neomedieval Era” (ed.), an anthology on the European re-emergence of cultural, social, political and religious processes known from the Middle Ages.  Follow him on Twitter.