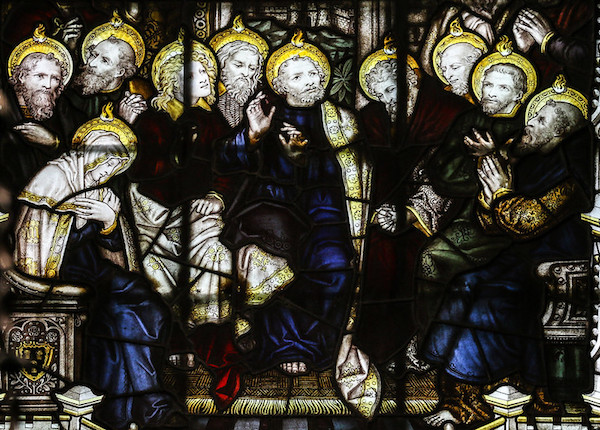 The Holy Spirit is the change which changes everything 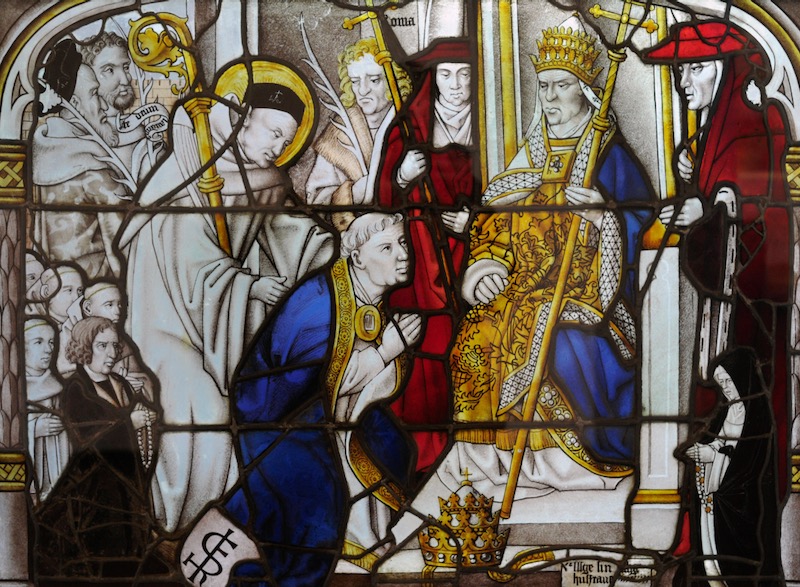 Saint Bernard of Clairvaux, the great, if irascible, 12th century Cistercian abbot, forbade his monks to preach on Trinity Sunday, not because he doubted either their ability or their devotion, but because the doctrine of the Trinity was better served, he believed, by disciplined and respectful silence.

Nobody could do justice to the subject: it remains, and will forever remain, a mystery. But therein lies a problem, not with the Trinity, but with mystery. The word itself is often used loosely; and sometimes misused altogether. More often than not ‘mystery’ is used to mean a gap in our knowledge, a problem for our understanding, as in, ‘an as yet unsolved mystery’.

But to think of mystery as an as yet an unsolved problem is to make a category-mistake. An ‘unsolved mystery’ in the context of Christian theology is almost an oxymoron. Problems for our understanding are to be solved with brain-power and hard work, but ‘mystery’ denotes a permanent limit to our understanding, a limit, that is, not just in practice or for the time being, but in principle. In theological terms, a mystery is for ever, or it’s not a mystery at all.

Wittgenstein’s words towards the end of the Tractatus: ‘Not how the world is, but that it is, is the mystery’, and his famous words at the very end, ‘Whereof we cannot speak, thereof we must keep silent’, point, not to a passing problem of understanding, but to mystery, as do T S Eliot’s words in Burnt Norton: ‘Words, after speech reach into the silence’.

Mysteries, in other words, are the object of contemplation, not cleverness; and, unlike problems for our understanding, mystery is where we live permanently, not an obstacle to be, in time, overcome.

Nevertheless, notwithstanding Saint Bernard’s reservations, Wittgenstein’s restrictions, and Eliot’s poetic insight, historic, Catholic, Christianity has always been keenly concerned with clearly articulated doctrine, a keenness rooted in its conviction that faith is neither blind nor unreasoning.

By its very nature, faith, though not the fruit of intellectual effort, seeks understanding. It is faith seeking understanding that gives rise to theology, because faith and reason, though distinct, are inseparable.

Catholic Christianity has also always held that, though some truths are known only to faith, all truths have the same ultimate origin. Every truth, in other words, by whomsoever it is uttered and from wherever it comes, has its ultimate source in God. Logic and mystery are allies, not enemies: dogged persistence in the former points eventually in the direction of the latter. And yet, though, according to Aquinas, Christian doctrine has only one subject, namely, God and everything that exists in the light of God, no doctrinal formulation catches completely or describes adequately God’s nature, not even the Trinity.

‘We cannot know what God is’, says St Thomas. Far from explicating God’s nature – what it takes to be God - doctrines, to quote Nicholas Lash (1934-2020), are first and foremost ‘protocols against idolatry’: their primary purpose is to preserve intact our sense of God’s mystery.

As was said last week, though they do of course point us authoritatively in the direction of the ultimate Truth, that is God, they also guard Christian thinking and living against distortions of various kinds, in particular, against the tendency to reduce God to some manageable, human construct, a tendency – anthropomorphism – that, according to Donald Mackinnon (1913-94), Lash’s predecessor in the Norris-Hulse Chair at Cambridge, is the ‘intellectual counterpart of idolatry.’

The doctrine of the Trinity specifically counters any one-sided rationalisation of the mystery that is God: to say that he is one, not three, or that he is three, not one, is to fall into one such distortion. But the doctrine does more than place a protective hedge around God: it states something relevant to our lives, something that makes a difference to the way we live. More than asserting that God is a relationship of divine persons, it asserts that God is ‘relatedness’ itself.

And since we ourselves are fashioned in the image and likeness of God, that is, in the image and likeness of the Trinity, it implies not only that our relationships must be cut to its pattern, but that ‘relatedness’ is intrinsic to our God-crafted humanity, which God, in Christ, shares with us. So, in the doctrine of the Trinity, we’re offered, not so much an abstract theory, as a sense of how, through the Incarnation, our human lives, created by God, are enfolded into his divine life, and how our lives are to be lived in ‘relatedness’, after the shape of God’s life.

Our lives are grounded in the Trinity: we don’t just know the Trinity, ‘we belong to it.’ This doctrine, of course, as all doctrines, is ineluctably lodged in language, and suffers from all the limitations of language, expressed, as it is, in words that are unavoidably inadequate. Inevitably, words that attempt to describe the indescribable hover at the very edge of meaning, teeter on the brink, even, of nonsense. But, as Wittgenstein might have said, there is sheer nonsense and there is important nonsense. How these three subjects, or ‘persons’, are one God, is beyond our comprehension: and yet to say anything less is to fail to speak well of God.

But, as the great Anglican theologian, Austin Farrer (1904-68), once said, ‘We can’t think the Blessed Trinity; but then it’s not required of us to think it. We can do better: we can live the Trinity by the grace of the Trinity.’ The doctrine of the Trinity, then, enables us not so much to know about God, as to know Him, with that unique kind of knowledge that is privy only to love.

The former is a matter of information, the latter a matter of relationship. ‘Faith’, as the Jesuit theologian Bernard Lonergan (1904-84) said, is ‘knowledge borne of religious love.’ To believe in the Trinity is to believe that God is that self-forgetting, self-giving relatedness which is love. In that sense, the doctrine is an explication of the simplest of all Christian credal statements, first articulated by St John in his first letter: ‘God is love, and he who abides in love, abides in God.’

As such, far from being primarily an intellectual abstraction to tantalise the mind, the doctrine of the most holy and undivided Trinity, which we celebrate today, is given to us, first and foremost, ‘to ravish the heart.’