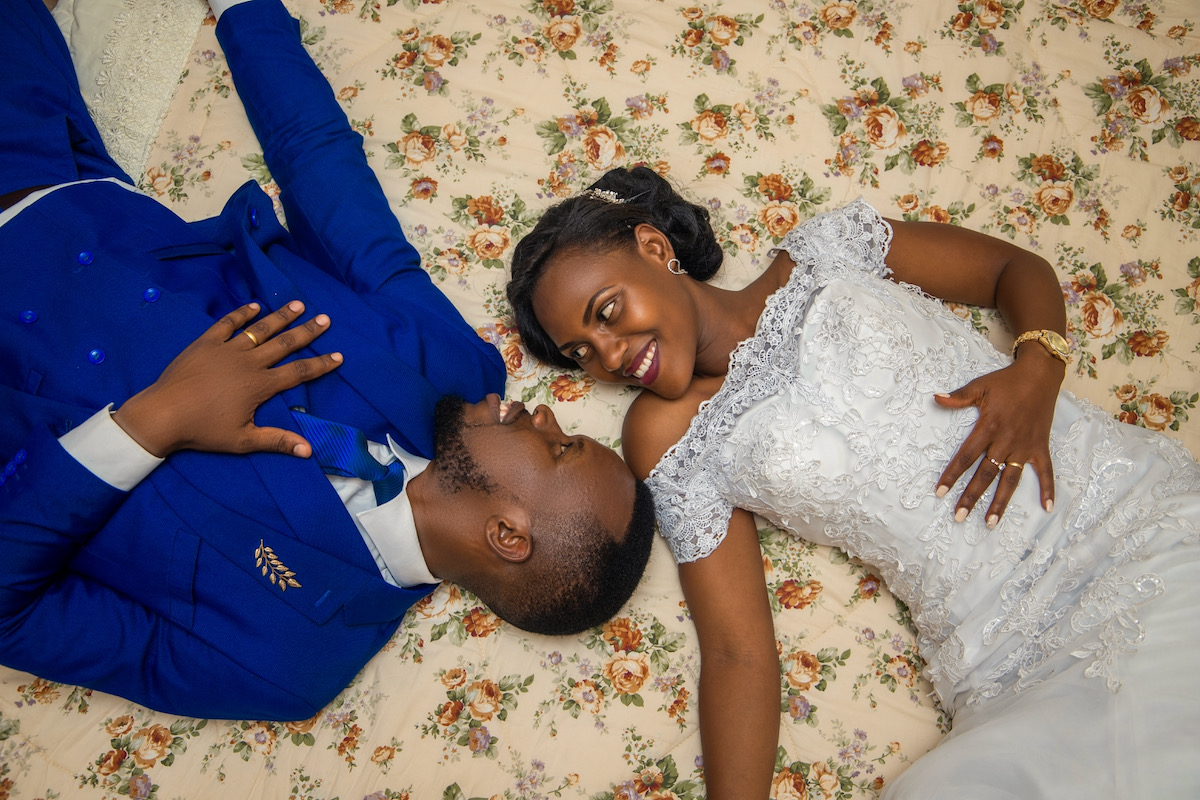 Jesus and divorce – if your wife burns the toast, maybe it’s a new toaster you need, not a new wife 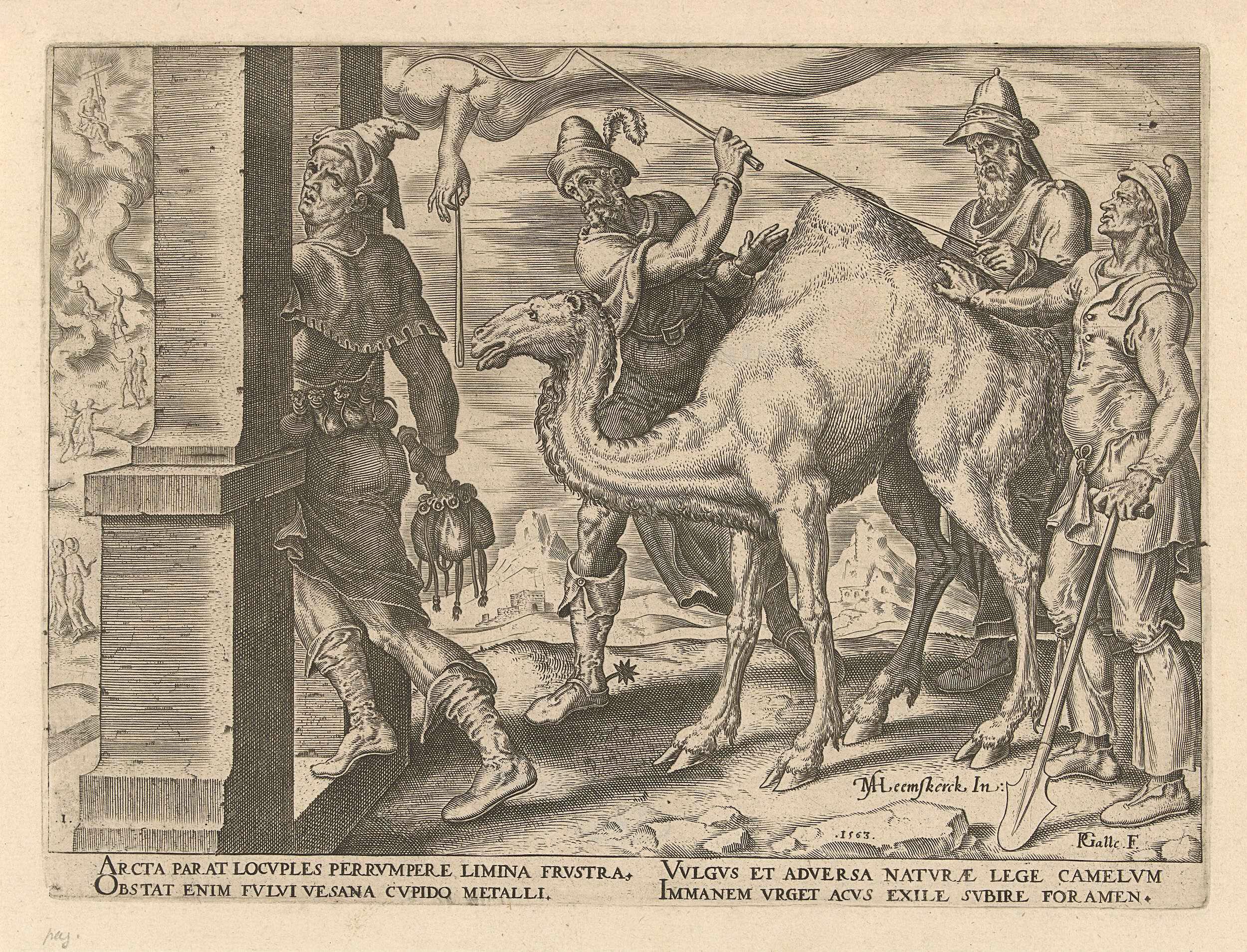 It is easier for a camel to go through the eye of a needle, than for a rich man to enter the kingdom of God; The misery of wealth.
BTEU/RKMLGE / Alamy

In this, one of the saddest episodes of the whole gospel, a young man’s great wealth, counter-intuitively, prevents him from doing what his heart desires most. His heart’s in the right place, but it’s divided: and when that realisation dawns on him, his sense of dejection is palpable.

No one hearing this account when it was first related would have doubted the then unquestioned view that health and wealth were unambiguous signs of divine blessing; and, conversely, disease, disability and poverty were unmistakeable signs of divine disfavour. The unavoidable corollary was that wealth was a reward for virtue and poverty a punishment for sin. But, yet again, Jesus calls into question the most commonplace assumptions of those around him.

Sympathetically, but bluntly, he tells the rich man that happiness will be his only if he gives away to the poor everything he owns and follows him. He is, of course, echoing what Matthew and Luke record in the Sermon on the Mount, namely, that it’s the “poor in spirit” – or, as Luke’s gospel has it, much more starkly, “the poor” – who, again counter-intuitively, are genuinely happy.

What seems to be suggested here is that dispossessing ourselves of what we own – or, what we think we own: disowning ownership, in other words – is indispensable for real, lasting happiness and fulfilment. I say “what we think we own”, the truth is that, except in a legal sense, we can’t in any real sense, be said to own or possess anything. How could we be said to possess anything, when we don’t possess even our lives? We may succeed in preserving our possessions from rust, moths, burglars, recessions and inflation, but we can’t preserve our actual selves to enjoy them endlessly.

Ownership, in other words, is an illusion, as pertinacious as it is, potentially, pernicious. But this radical teaching of Jesus isn’t just about the danger of possessions, real as that is. It’s about the heart and its desires. When the rich man asks what he has to do to attain eternal life, he’s not simply asking what rules he needs to keep and which duties he needs to fulfil, in order to achieve his goal – he’s done all that already, we’re told. His question goes much deeper. He’s giving expression to a desire that’s planted in the hearts of all of us: the desire, indeed, that makes the human heart what it is. The rich man has everything, we’re led to believe, but he stills lacks that which we all seek, by nature rather than by choice: namely, happiness.

Not just fleetingly felt happiness, but complete, lasting, true happiness, the happiness that satisfies every desire. Aristotle called it ε?δαιμον?α, Aquinas called it beatitudo: both mean the the well-lived life, a blessed life of full flourishing as the kind of beings we are, as human beings.

Aquinas, of course, knew what Aristotle couldn’t, namely, that perfect happiness is experienced only in friendship and communion with God, in which all are friendships and loves are earthed and rooted. Again counter-intuitively, or at least contrary to what most of us assume, the quest for happiness is the central and primary question with which morality is concerned: where is perfect happiness to be found?

Before turning to what would now be called moral questions, St Thomas Aquinas spends a considerable amount of ink on precisely that question: what makes human beings genuinely happy? For Aquinas and a much more traditional moral outlook than the one which most of us inherited, morality isn’t primarily about duties and obligations, but about opportunities for human flourishing and growth. Obligations play their part in all our lives, of course: love and loyalty create very definite duties and obligations.

But obligations don’t create love and loyalty or ground meaningful, personal relationships. Morality, in other words, is about fulfilling our heart’s desire, the desire for happiness planted in our hearts by God. And the desire for happiness is the desire for God because, as Aquinas has it, “God is happiness”. (ST 1a 26.3 resp: Deus est beatitudo) Of course, the problem is that we don’t automatically know what makes us happy: we have to learn. Or to put that another way, and yet again counter-intuitively, we don’t always know what we really want, as opposed to what we passingly want: we have to learn what we really want, what we, “truly, madly, deeply” want.

That deepest of all desires can be concealed by a host of superficial, ephemeral, distracting wants, that hold out much promise and allure, but never, in the end, deliver.

To follow our heart’s desire, then, is to set our hearts on God: therein lies happiness, wholeness and holiness. The search for happiness is the search for God, even if we don’t know it, because God alone satisfies perfectly and forever our deepest desire.

To set our heart on God, therefore, isn’t to disengage our hearts from everything and, much less, everyone else. How could it be, if everything that exists is created by God?

Which is the point Jesus reassuringly makes when he says that: “For human beings, it is impossible: but not for God. For all things are possible for God.” And, finally, to return to the wealth of the rich young man at the beginning of the gospel. Many commentators over the centuries have struggled with Jesus’ famous and famously enigmatic saying at the end of this gospel: “It is easier for a camel to squeeze through the eye of a needle than for a rich man to enter the kingdom of God.” It is, of course, deliberately hyperbolic. But its point is clear: riches make it harder to realise that it is impossible to enter the kingdom of heaven under your own steam. Again, counter-intuitively, riches make it harder – not impossible, but harder – to set your heart on God, not easier. A recent, updated, slightly flippant, but nevertheless instructive version of the New Testament in colloquial English has it thus: “It is easier to get a Rolls-Royce through the revolving doors of the Ritz, than for a resident of the Ritz to get into heaven.” But, the last words of this gospel are the hope-filled last word on the subject: “All things are possible for God.”