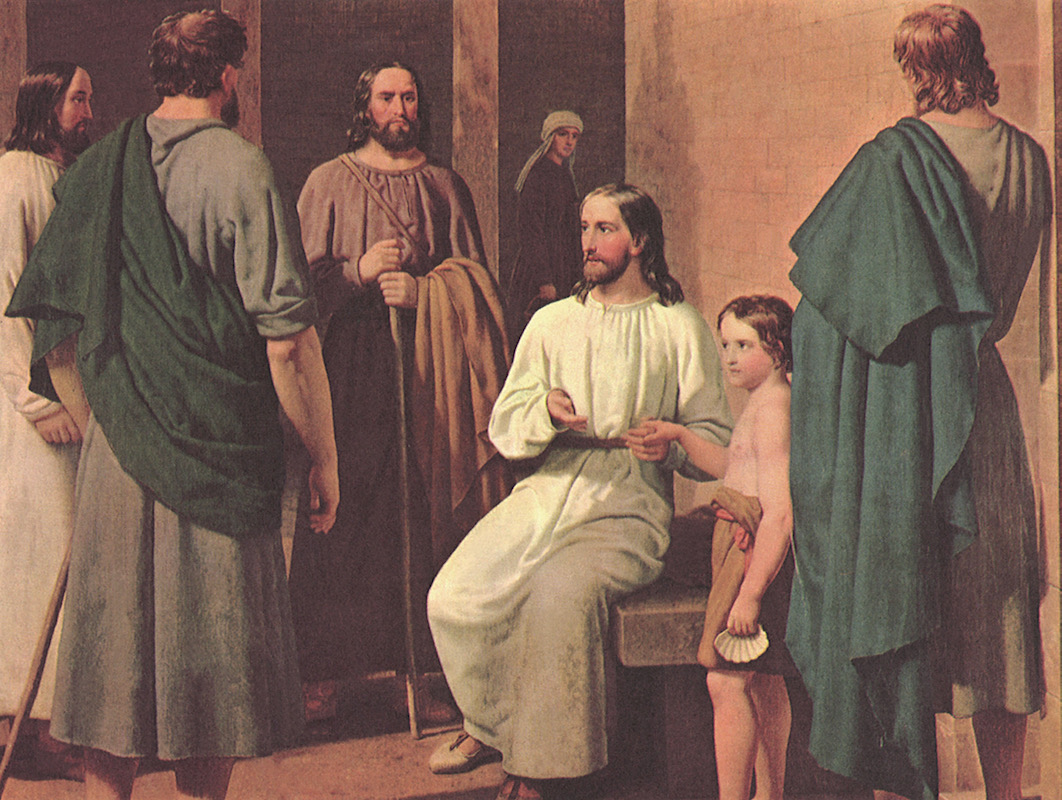 Jesus shows the futility of the lust for power

When literalism becomes the enemy of truth 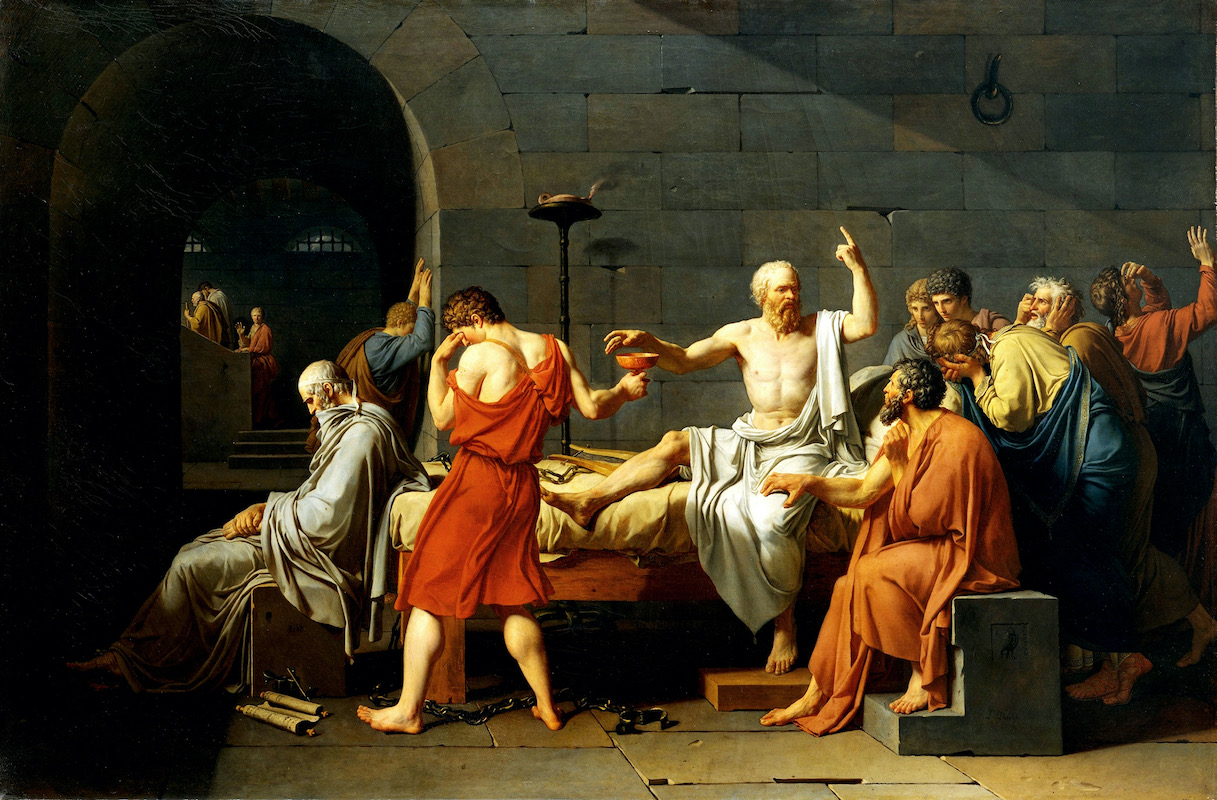 Socrates said it is better to suffer evil than to do it.
The Death of Socrates, by Jacques Louis David, 1787. Via Fine Art/Alamy

What are we to make of a gospel that seems, at first sight, to encourage self-mutilation? As always, the context, both historical and linguistic, is vital. It’s generally thought that this particular part of Mark’s gospel was written at a time of great difficulty for the early Church. Outright persecution had not yet begun, but hostility from both former Jewish co-religionists and uncomprehending pagans was growing.

In such times, the pressure to opt for a peaceful life must have been immense and, inevitably, many succumbed, whether through fear or persuasion or even inducement. But in this passage, attention is focussed not so much on falling away faith, but on the gravity of being the cause of someone else’s falling away, whether through bad example or, just as destructive, the wrong kind of example: by, for instance, imposing excessively rigorous and completely unnecessary demands and burdens on new converts.

There can surely be no more spine-chilling words in the whole of the New Testament than those used here by Jesus to express the dire seriousness of such a situation: it would be far preferable to be cast into the sea with a donkey’s millstone tied around one’s neck, than to be the cause of one person’s losing faith.

Now, interestingly, the Greek rendered here as “Anyone who causes one of these little ones to sin” actually says: “Anyone who scandalises one of these little ones.” Obviously, scandalise is being used here, not in the weak sense of raising eyebrows, but in the literal sense of putting an obstacle to belief in someone’s way (σκ?νδαλον means an obstacle) and thus causing someone either to turn away from God or preventing them from turning to God. The same word, scandalise, is used metaphorically in the Greek of the next famously perplexing passage, with its reference to cutting off various parts of the body. What it actually says is: “If your hand scandalises you, cut it off.”

In other words, if anything becomes an obstacle to belief or a distraction from pursuit of the good, do something decisive about it. This rather gruesome image of amputation isn’t unique to this gospel or confined to Jewish and Christian circles. Plato in the Symposium refers to people being prepared to have their hands and feet cut off if they feel them to be harmful. And Porphyry, a Neo-Platonist and one of early Christianity’s most intelligent and lethal critics, says in a letter: “Often people amputate some limb or other in order to save their lives; you should be prepared to amputate the whole of your body, to save your soul.”

And, famously, there is Socrates’s statement in the Gorgias, foundational for all moral reflection, that it is a better thing to suffer evil than to do it.

Jesus’ deliberately hyperbolic language reminds us that some things matter in an absolute, ultimate way, when nothing less than everything is at stake. Extreme situations call for extreme solutions as, for instance, when a gangrenous limb that threatens our life is amputated. The situation envisaged in this gospel – turning away ourselves or, even worse, causing others to turn away from the path of goodness and, therefore, from God – is far more serious, it is implied, than a gangrenous limb.

And just as opting to keep a gangrenous limb would be insane, so failing to remove whatever stands in the way of our ultimate good and the good of others, which is friendship with God, that is, our salvation, is also insanity. That’s precisely what happened in the Garden of Eden: original sin was original madness.

Once we know what matters most to us, what our ultimate concern is, it is madness not to make that the ordering priority of our lives. Of course, we often know what we should do, but getting ourselves to do it is quite another thing. We find ourselves, with mind-boggling madness, still doing what we know doesn’t serve our real interest. That’s why St Thomas Aquinas says that to sin is to act against our nature as rational animals, to act irrationally, in other words. And, thereby, also inexplicably, since what is irrational is, by definition, inexplicable. Knowledge, contrary to Socrates’s and Plato’s view that knowledge and virtue are the same thing, clearly isn’t sufficient, though it’s certainly necessary.

To live genuinely flourishing human lives, we need more than our own human resources. Along with intelligence, good sense (prudentia) and grit, we need God’s grace - God’s love, in other words – if we’re to remain on the path of goodness, and thereby love God, ourselves, and one another. But to return to these rather shocking self-injurious injunctions: some of the early Church Fathers thought that when we’re told that we must be prepared to cut off our hands and feet and gouge out our eyes, if they cause us to sin, each of these organs is being thought of as symbolising the ways in which original sin surfaces in the lives of us all. The hand, for instance, stands for our tendency to grasp, violently, if necessary, at that which we don’t possess.

The foot stands for our tendency to go willingly only where our ego and selfishness dictate. The eye stands for the sin of envy and our insatiable craving for what has been given to others, but not to us - and the heinous things we’re prepared to do to wrest those things from others and make them our own, whether as individuals or nations. The fact that these sayings are clearly not intended to be taken literally does 4 nothing to diminish their force. Indeed, to understand them literally would be to lessen their weight. Origen of Alexandria (184-253AD) took rather too literally another difficult saying of our Lord about making oneself a “eunuch” for the sake of “the kingdom of heaven”. Even as early as the 4th century, the great historian Eusebius (c265-340AD), ventured the view that Origen’s method of interpretation was “too literal and therefore puerile”. Poor Origen paid a painful price for forgetting that literalism is almost always the enemy of truth.