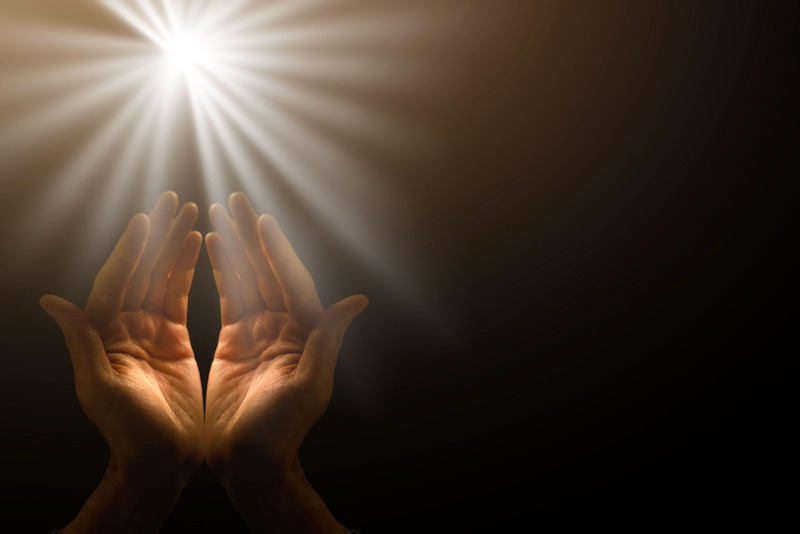 Jesus and the 'words of eternal life'

Jesus healing the deaf mute – a miracle of hope 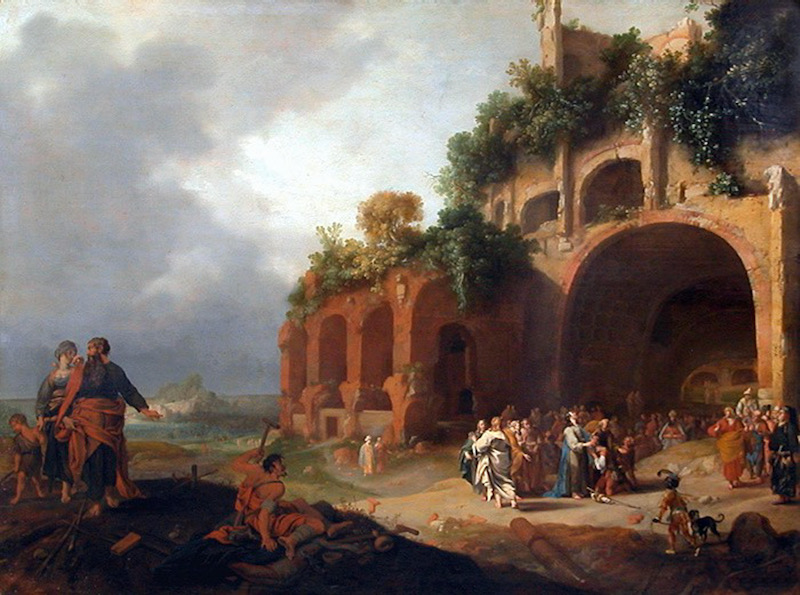 Had such a thing existed at the time, health and safety would doubtless have stopped Jesus employing such an ‘unhygienic’ use of his own spittle to heal the unfortunate deaf mute in this gospel. Those of us born before the mid-sixties, however, will remember the striking liturgical practice in the old baptismal rite, based on precisely this gospel episode, when the priest touched the ears and mouth of the child about to be baptised with his own saliva, just as our Lord did, and used the very same word in Aramaic, used by Jesus, Ephphatha! Be opened!

The practice illuminates the message of this particular miracle of Jesus, recounted, uniquely, by Mark: namely, that, however else we understand original sin, a large part of what it entails is that we’re born with an in-built deafness or resistance to God’s voice. That baptismal ritual was a powerful reminder that we all need to have Ephphatha spoken over us, if we’re to hear God’s Word and do it; and we all need to have our tongues loosened, if we’re to speak that Word truthfully and fearlessly to a largely deaf world.

That deliverance or emancipation is, of course, the ulitimate purpose and meaning of all the healing miracles in the gospels. Whatever the actual healing that takes place – and the bulk of Jesus’ miracles are miracles of healing – they all concern the restoration of something much more precious than physical wellbeing. That’s why we see throughout the gospels countless people who, through no fault of their own, whether through sickness or physical deformity, had been excluded by the mean-minded, cramping, restrictive understanding of the Law that was obsessed with ritual uncleanness.

On encountering Jesus, such people are restored, so as to live once again in the fullness of God’s presence; they’re re-connected to their true selves and their true vocation, the one we all share, namely, friendship with God and one another. But, significantly, the miracles of healing are paralleled exactly by the welcome that Jesus habitually and warmly gave to those who, by their life-choices or lifestyles, had excluded themselves from living in the fullness of God’s presence: tax-collectors and prostitutes, for instance, conventionally considered hopeless cases and permanently lost.

So both when Jesus heals and when he warmly welcomes and, indeed, freely and even enthusiastically associates with public sinners, he’s removing the obstacle which a legalistic understanding of the Law, as we saw in last week’s gospel, had become between God and his people – a danger which all religion, of course, is exposed to. But this particular miracle story reminds us of another important theme running throughout Mark’s deceptively simple gospel.

His account is full of individual people whose names we never learn: the leper who pleads with Jesus, for instance, the anonymous host who comes at sunset to be healed, Peter’s mother-in-law who remains nameless, the woman with a haemorrhage, the daughter of the synagogue official, an anonymous Gentile woman, and here, an unnamed deaf-mute. What all these unidentified individuals have in common is their readiness, unhindered by vanity or hubris, to acknowledge both their need and their inability to bring about in their life the change they long for. That desired change is effected by their encounter with Jesus.

The religious authorities and the respectable pillars of society, on the other hand, have no need of Jesus’ healing – or so they think. But this theme in Mark’s gospel is not just a leftist subversion of authority. These needy, desperate people, desirous but incapable of change, are contrasted even with the disciples themselves, whom Mark unremittingly depicts as obtuse and obdurate, failing, for all their good intentions, in both understanding and loyalty. Their record in the gospels is hardly impressive: Judas betrays him, Peter denies him, and the rest desert him.

In Mark’s gospel, it’s the ‘crooks and crocks’ (Ronald Knox’s phrase), not the disciples and devotees, who are held up as models of faith. It’s they who come to Jesus full of trust and with courage to ask for help. So the miracles of Jesus in the gospels aren’t charming stories for either the scientifically naïve or the wilfully credulous; nor are they curiosities and wonders from the long-distant past, concerning long-forgotten individuals. The miracles are about us, here and now; and they’re told and re-told precisely in order to reveal new possibilities, where we otherwise might be tempted to despair in the face of our inadequacies, weaknesses and sinfulness.

The miracles in the gospel are a graphic message of hope, in other words, to remind us that nothing need keep us away from God, simply because, from God’s point of view, nothing can come between us and his Fatherly love. By God’s grace, which he never withholds if we ask for it, even if we sometimes don’t recognise it for what it is when it is given, we can recover from whatever in our lives may have gone wrong. The love we’ve wasted and the gifts we’ve refused can be restored, given to us again, albeit in ways of God’s inscrutable devising.

The miracles, then, are for people like us, the hopeless and the helpless. The only condition of their happening is that we, like the un-named, needy people in the gospel, have the courage, humility, and honesty to recognise ourselves in one or other or both of these categories. Only those in need a miracle will know one when it happens. There is only one proviso, which comes from the one of the sages of Rabbinic Judaism: “The height of folly is to place reliance on miracles; the depth of wisdom is to know that they do happen.”