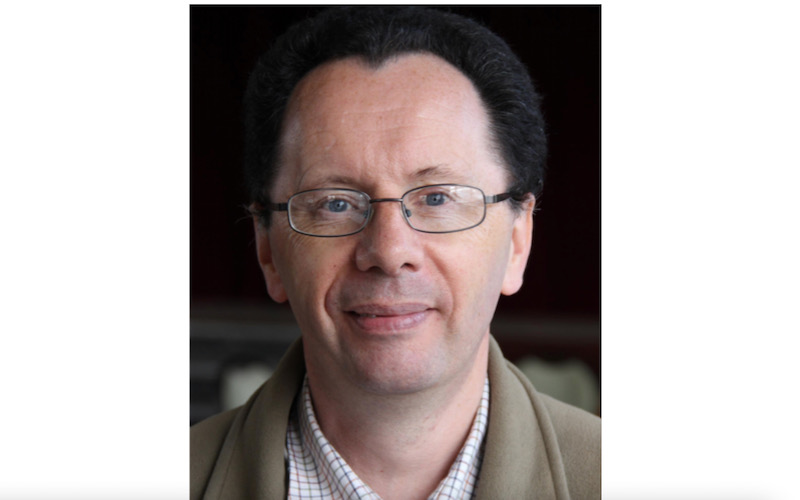 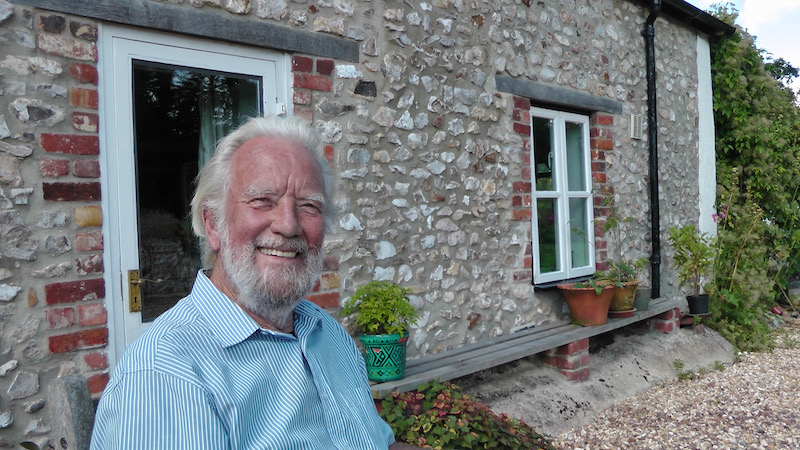 Before recording Monastic Gardens, a Radio 4 series on the relationship between religious orders and their gardens, Peter France and I ate a lunch of fish, chips and peas in a small ante-room in a convent of enclosed nuns in North Wales, belonging to the order of the Poor Clares. The nuns never eat in company, but they insisted on providing us with a meal. Part way through, the Mother Superior came to check we didn’t need anything, and then left saying: “Eat in peace.” After she had closed the door Peter looked confused and asked me: “Why does she want us to eat our peas?” I smile every time I remember that day, when he admitted for the first time his hearing was not quite so sharp, and of his constant good humour and quick wit. Peter made people smile as much as he made them think.

We made two series on gardens and faith and they were quintessential Peter France, a merging of the spiritual and intellectual with the everyday. So too were the other programmes we made for Radio 4: Solitude, a two-part series on being alone; Sex and the Scientist which looked at how feminism changed the study of animal behaviour, The Birth of Europe, a history of how resources shaped politics and The Beauty of Birdsong, which questions why we find natural sounds so lovely.

In all of these programmes, and many more on both radio and TV, Peter probed and prodded, extracted and dissected ideas; he devoured them and savoured them, all without condescension or arrogance. His questioning was pure and focused and came from a place that genuinely wanted to know the answers.

He also had an unrivalled ability to hold duality with grace and ease. His desire to go deeper was always tempered by the practical necessities of life. I think he was so good at this balance because, in many ways, he was the embodiment of contradiction himself, something he wore as lightly as his cotton trousers and baggy jumpers.

Peter France was born on April 2 1931, the son of a butcher, Jack France, and his wife Florence (née Oade), in the mining village of Clifton near Brighouse. He didn’t fit in easily with the male-dominated world of low-paid, gritty toil and no-nonsense socialism, preferring poetry and drama, although the down-to-earth and say-it-as-it-is aspect of his northern upbringing never left him. His parents seemed bemused by their clever son: “When I took to cleaning my teeth, they thought I must be homosexual.”

His insatiable appetite for reading earned him a scholarship, via Rastrick Grammar School, to read English at New College Oxford. It was here he learned not to be entirely happy with himself.  Acutely aware of his Yorkshire accent, which other students found amusing, he used his acting ability to mould his speech into acceptable shape. He did it so well he was elected secretary of the Dramatic Society, which required taking Dame Sybil Thorndyke out for tea at the Randolph Hotel.  He also told me that it was vital to give the impression of not being studious but to get good marks through innate ability. Hence, he worked out in the gym to improve his physique and lay on the grass to get a sun tan in the day, and studied all night. This sudden entry into an unfamiliar and deceptive society left a mark which stayed with him throughout his life, one of feeling the outsider and as an imposter in the world of the privileged. “I was so awed by the upper classes I didn’t think the Queen went to the lavatory.” He did there, though, meet his first wife Charlene Osmond-Jones, with whom he had two daughters, Cate and Tricia.

After graduating he spent 15 years in the Fiji Islands, rising from district officer to permanent secretary and as a personal challenge, translated the New Testament into Fijian. When Fiji became independent in 1970, he studied for a PhD at the Australian National University in Canberra, and then to Nuffield College in Oxford, specialising in Colonial History. Academia, though, was not for him. Peter’s wide-ranging mind and journalistic sense took him to the BBC, where he embarked on a wonderful broadcasting career. His voice of rough silk, his ability to act and his good looks made for the perfect presenter. He began in radio, where his self-deprecating and self-proclaimed inability to remember anything told to him about the countryside meant he was “constantly astonished by facts relating to natural history” and therefore suited to be the voice of the nature series, The Living World. He also appeared with Brian Redhead on Word in Edgeways and presented the Radio 4 arts strand, Kaleidoscope. Moving over to religious television, he was the sole presenter of the series Everyman and then Heart of the Matter and Timewatch. It is during this time he met the award-winning writer and producer, Bill Nicholson, who became a life-long friend, who said of that time: “For 12 years Peter gently questioned believers of all sorts, from Lakota medicine men to gay bishops, always respectful, often more knowledgeable than his subjects, never wavering in his rationalism.”

In 1976, after his first marriage ended, Peter married Felicia Lambe, whose artistic and less rationalistic approach to life drew him to Greek Orthodoxy. In 1988, they bought a small house on the Greek island of Patmos, a place soaked in Greek mythology and Christian mysticism. In their ethnic and welcoming hermitage, Peter taught himself Greek and read the New Testament in the original language. In 1992, he was baptised in a 44-gallon drum of warm water, a story which he tells in the 1998 BBC TV series Journey, which he movingly described as: “The journey of a head that finally meets a heart.”

Peter’s books include An Encyclopedia of Bible Animals, The Rape of Egypt, Greek as a Treat, Hermits: The Insights of Solitude and A Place of Healing for the Soul. They are books of perception and clarity, and a true reflection of his mind.

The world has lost a towering intellect, a searching soul and a light heart. I don’t know who first made the analogy, but it is so true for Peter – spending time with him was like reading a book you never want to end. It has now ended but it will forever be a treasured tome in the library of my heart.

Peter France, born April 2 1931, died March 27 2021. He is survived by Felicia (née Sproule), his daughters Cate and Tricia, and his step-children Anna, Natasha and Ashlee.