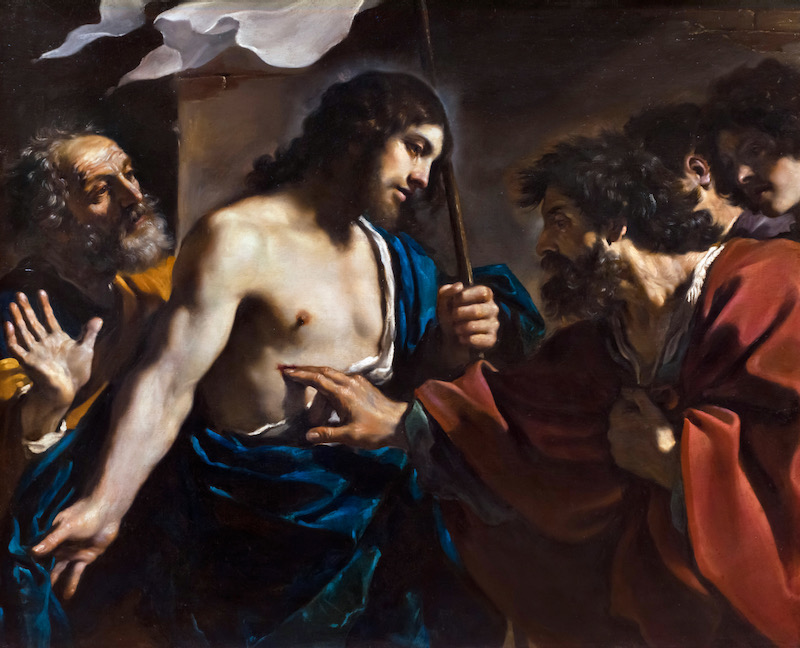 Why the story of Thomas is not about scepticism, but about faith

Jesus the 'good shepherd' is genuinely solicitous for all his flock 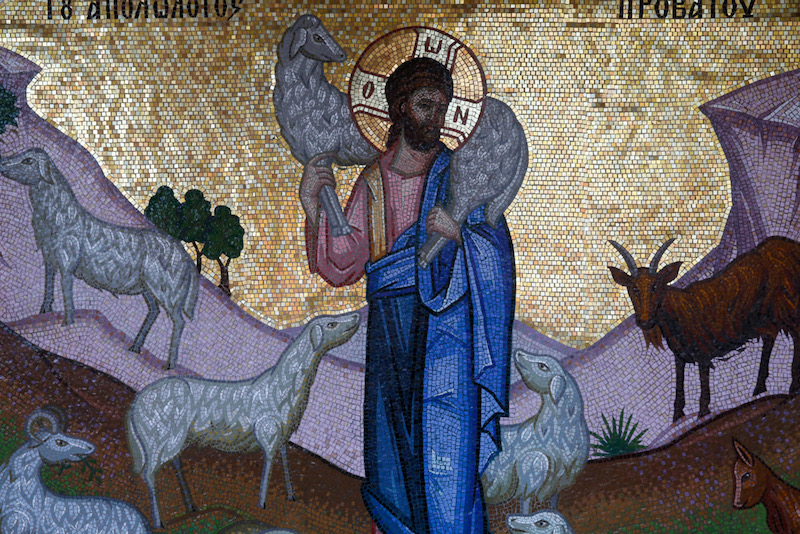 The image of Jesus as the good shepherd is imprinted indelibly on the Christian imagination. What’s thought to be the earliest example of Christian art, a still discernible mural, dating from the middle of the second century in the Catacomb of Callistus, the oldest of the tunnel-like burial grounds under the Via Appia Antica, outside Rome, depicts Jesus as a young shepherd, carrying on his shoulders a sheep.

It’s little wonder, then, that different parts of this chapter of John’s gospel have been used on this Sunday in Eastertide, now known as Good Shepherd Sunday, for the last 1500 years, definitely since the time of Pope St Gregory the Great [pope 590-603] in the sixth century and possibly even as early as Pope St Leo the Great [pope 440-461] in the fifth.

In the world Jesus knew, shepherds were ubiquitous, not only in the physical landscape of Judea, but in the historical and cultural landscape of Judaism. All the ancestors of Israel - Abraham, Isaac, Jacob and their descendants – had been shepherds. Moses and David were called from tending their fathers’ flocks to tend the flock of God. In time, the figure of the shepherd became a stock image for Kingship, in Israel and beyond. God himself is spoken of as the Shepherd of Israel.

Sheep, too, were everywhere.

They were the chief providers of practically every necessity of life: meat, milk, clothing, writing materials, tents even. They were also essential to Jewish religious ritual, especially the practice of sacrifice.

For all the high-minded imagery, by the time of Jesus, actual shepherds formed an under-class: along with sailors, camel drivers and butchers, they were on the outside of respectable society. What they did may have been indispensable but they themselves were despised, feared even, for the kind of lifestyle they led and the living conditions they endured. The nearest parallel might be cowboys in the Wild West of 19th century North America.

But when Jesus speaks of himself as a shepherd, the good shepherd (the Greek actually says beautiful shepherd), he gives it an entirely new twist on several different levels. The historic image would certainly have been in the forefront of his mind as well as those of his hearers; with equal certainty, he was referring to the rough-hewn shepherds who periodically descended from the hills of Judea to make an unwelcome overnight appearance in the towns and villages of Palestine.

But along with the decidedly non-U status of shepherds, Jesus had in mind both the extraordinary closeness and the longevity of the relationship between shepherds and their flocks. They kept their sheep for a long time before eating them: tough mutton rather than tender lamb was not so much a dietary preference as a dire necessity.

And whereas in our day and our part of the world, sheep are left to pasture alone on the hills, in Jesus’ day and in his part of the world, shepherds and their sheep were inseparable. Shepherds, quite literally, lived with their flocks, and were exposed to the same harsh conditions and physical dangers. Again, not many of us would be able to tell one sheep from another in a large flock, but Palestinian shepherds at the time knew their sheep so well that they routinely named them and called to them by name, a near impossible practice in modern, large-scale sheep farming. (Small scale sheep farming, of course, is different: a local owner near where I live has named his five sheep and I can vouch for their readiness to respond when called.)

In Jesus’ day it was commonplace for sheep to know their name and readily respond to their shepherd’s voice: when he called, they followed. (“Followed”, notice: we drive sheep, with the help of a sheepdog; they led them).

Knowing their name and their shepherd’s voice was essential for another reason. Having deposited their sheep overnight in the common pens outside the town gates, while they, the shepherds, went into (or, more likely, on) the town, with the dawn each shepherd would call his sheep out of the pen by name. When Jesus said of himself, “I know my own and my own know me,” it would have resonated immediately and powerfully. But Jesus identifies himself not just as a shepherd, but as the good shepherd.

What distinguishes the good shepherd from the hireling, is his willingness to lay down his life for his sheep.

In this chapter alone of John’s gospel, Jesus repeats no less than ten times: “A good shepherd lays down his life for his sheep.” So here, and elsewhere in the New Testament, the image of Jesus as a shepherd is ultimately linked, not to kingship and rule, but to his readiness to undergo the ultimate test and proof of love: “Greater love has no one that to lay down their life for their friend.”

The point of Jesus calling himself the good shepherd, then, is clear: he uses it, as he so often used the ordinary and familiar, to illustrate both the closeness and the permanence of his unconditional personal relationship to each of us. “I know my sheep and my sheep know me.”

That image of the Good Shepherd belies not only all those off-putting saccharine images of Jesus meek and mild, but also those harrowing images of a bullying and domineering God, both grotesque distortions that have done so much harm, albeit in very different ways, to the lives of individuals, both concretely and in the understanding and preaching of the faith.

In Jesus’ own description of himself as the Good Shepherd, he puts it beyond all doubt that he, the Son of God, is genuinely if gently solicitous for all his flock, for us, that is, and even willing to die for our good. And God is a hopelessly doting father, his and ours, not an unbending, harsh judge.

Taken along with the parable of the lost sheep, then, the image of the Good Shepherd makes it abundantly clear that, whatever our situation or circumstances, in the past or the present, God holds us to himself unconditionally and unalterably; and, whatever is still to come, he will never let go of us. In the end, the image of the Good Shepherd sums up the entire Gospel: not just Good News, but the best possible and only unambiguously Good News there is.