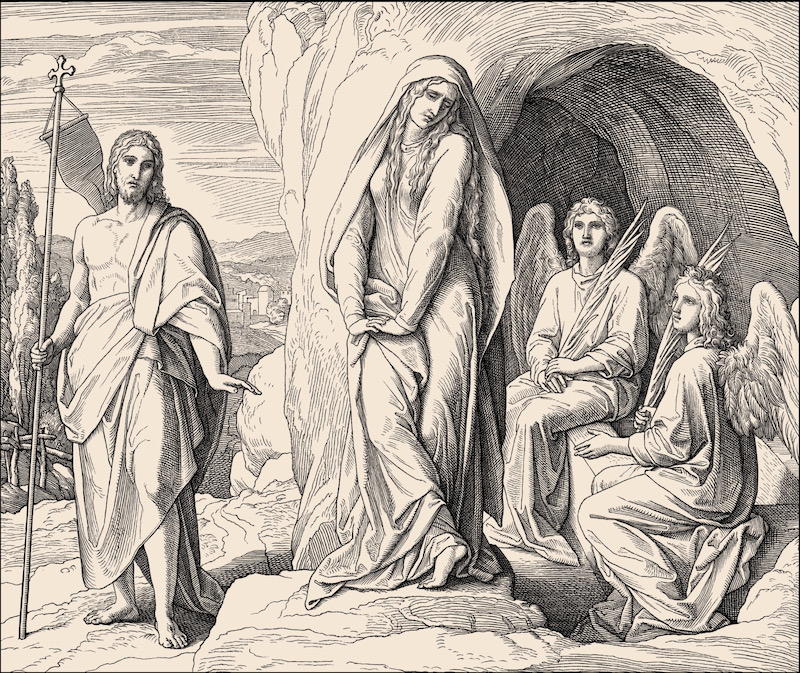 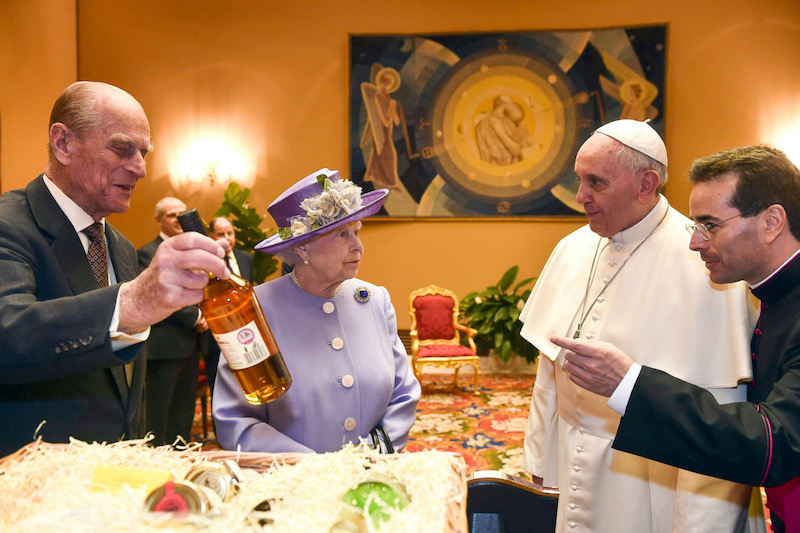 The Queen and Prince Philip met Pope Francis in the Vatican in 2014, and presented him with a wicker hamper that included Balmoral whisky.
Realy Easy Star/Alamy

Prince Philip, Duke of Edinburgh, who has died at the age of 99, was the longest-lived consort of a British monarch who in her turn is the United Kingdom’s longest serving sovereign.

It was a marriage of opposites – one a shy, introverted woman with a sheltered upbringing, while the other an outgoing, brusque man with a nomadic early life – but both The Queen and Prince Philip had a strong sense of duty and sought stability.

Marriage to Princess Elizabeth gave Philip the first real domestic life he had ever enjoyed. He in turn gave her total loyalty, pledging at her Coronation in 1953 to be her “liege man of life and limb”, as well as her trusted confidant and adviser. In a speech given to mark the couple’s Golden Wedding Anniversary in 1997 the Queen described her husband as: “Quite simply, my strength and stay all these years”, and revealed how “frequently we have discussed my intended speech beforehand and, as you will imagine, his views have been expressed in a forthright manner”.

Both of them had deep Christian beliefs and a strong sense of service. People who worked with Prince Philip have spoken of his “stickability” – retaining commitment to his wife, his family and his causes. As a man keenest on action while thought and prayer came after, Prince Philip involved himself in several major religious projects, creating St George’s House, part of St George’s Chapel, Windsor, initiating talks in inter-faith long before it became fashionable, and bringing together in one organisation his two major interests of the environment and religion.

Prince Philip was born on the island of Corfu on 10 June 1921, the only son and fifth child of Prince Andrew of Greece and Princess Alice of Battenberg. He was baptised into the Greek Orthodox Church. There were other links with Orthodoxy: his mother’s aunt, Elizabeth, married into the Russian royal family and after dying during the Revolution, she was considered a saint by the Russian Orthodox Church.

When Germany invaded Greece in the Second World War, Princess Alice, who was always deeply religious, risked her life to help Greek Jews. Her name is listed among the “Righteous Gentiles”, those recognised by the Israeli government as heroic in helping Jews escape annihilation. She became an Orthodox nun, and when the Greek royal family was expelled from Athens in the military coup of 1967, Prince Philip brought her to London where she moved in to Buckingham Palace and created a private chapel for herself. She is buried alongside her aunt Elizabeth on the Mount of Olives.

Philip joined the Royal Navy in 1939. Soon after he met the Queen, when, as Princess Elizabeth, she visited the Royal Naval College, Dartmouth. Philip was received into the Church of England in October 1947. A month later, Philip, by then the Duke of Edinburgh and with the title of His Royal Highness, married Princess Elizabeth in Westminster Abbey. The marriage to Elizabeth produced four children – Charles, Anne, Andrew and Edward – and eventually, eight grandchildren and ten great-grandchildren.

The difficulty for Prince Philip was that there was no prescribed role for him as consort, other than securing the line of succession through his children and supporting his wife. However, for more than 60 years he played a prominent role in British public life, from chairing the committee charged with the Coronation in 1953, to creating the Duke of Edinburgh Award scheme for young people to serving the World Wildlife Fund as UK President 1961-82, President of WWF International 1981-96 and there after as President Emeritus. He retired from public life in 2017, spending much of his time at Wood Farm on the Sandringham Estate until 2020 when he joined the Queen at Windsor Castle for a Covid-secure lockdown.

His interest in religion was always evident, and it found practical expression in organisations that linked worldly concerns with the spiritual. In 1966, together with the then Dean of Windsor, Robin Woods, he founded St George’s House as part of the College of St George, whose heart is St George’s Chapel, within the walls of Windsor Castle. It has offered people of influence hospitality, as well as privacy and confidentiality, for discussions and analysis of contemporary issues.

It was at St George’s House that Prince Philip’s interest in inter-faith dialogue first became evident, long before the topic was fashionable. While Philip led the Christian contingent, Muslim participants at the meetings had Prince Hassan of Jordan at the helm, while Evelyn Rothschild was also involved with other representatives of Judaism.

Philip also developed a passionate interest in the environment and the way in which people of different faiths could work towards looking after the planet. In 1986 Prince Philip, with Martin Palmer, gathered leaders of Buddhism, Christianity, Hinduism, Islam and Judaism in Assisi, birthplace of St Francis of Assisi, patron saint of ecology, to discuss with conservationists and environmentalists how they could work together and how humanity could live harmoniously within nature. Then, in 1995, with representatives of these religions, plus Baha’is, Daoists, Jains and Sikhs, Prince Philip founded the Alliance of Religions and Conservation (ARC) to explore this issue further. The ARC later issued a declaration that the faiths had signed up to, which included a promise that maintaining and sustaining environmental life systems is a religious responsibility and that nature should be treated with respect and compassion. Prince Philip also renewed interest in Greek Orthodoxy, while still remaining an Anglican. He began visiting Mount Athos, one of the religion’s most sacred places.

Neither the Queen nor Prince Philip liked lengthy sermons and various Deans of Windsor and clergy at Balmoral and Sandringham were advised to keep them short. Philip’s interest in nature made him critical of the Catholic Church. Cardinal Cormac Murphy-O’Connor recalled that he was often regaled by Philip, voicing antipathy to Rome’s position on artificial birth control, which he blamed for over-population. Philip met many popes when he accompanied his wife to the Vatican and in 2010, at the start of the papal state visit to Britain, he represented the Queen when Benedict XVI landed at Edinburgh Airport. It was a rare honour for the Queen to send her husband to meet her guest, and was perceived as a sign of the couple’s high regard for Pope Benedict. In April 2014, The Queen and Prince Philip met an evidently nervous Pope Francis in the Vatican, and presented him with a wicker hamper full of delicacies from the royal estates, from Balmoral whisky to a rib of Windsor beef.

Catherine Pepinster is a former editor of The Tablet. This is an abbreviated version of the Obituary appearing in the 24 April 2021 issue of The Tablet.