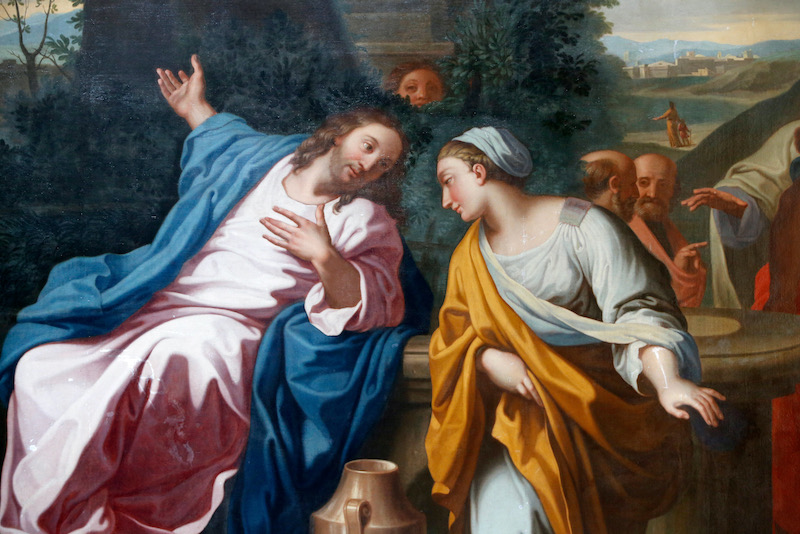 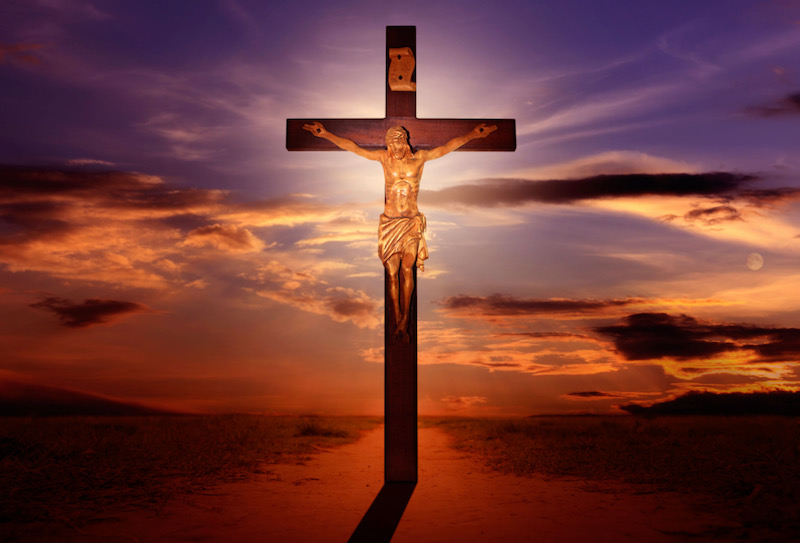 The renewal of humanity will be forged in the brokenness of the Cross, a paradox the world will never understand.
Adam Korzeniewski / Alamy

This is the point in John’s gospel when the ministry of Jesus ends, and his Passion begins. He has repeatedly said: “My hour is not yet.” Now he announces unequivocally: “The hour has come for the Son of Man to be glorified.”

It will be no obvious, and certainly no worldly glory, however: he will be glorified by being lifted up on a Cross. But only by being thus lifted up, will he draw us to himself.

John encapsulates all this in one of the very few parables, in the literal sense of a similitude, in his gospel.

Referring to himself, Jesus says that only by dying and being buried in the ground does the grain of wheat bear fruit.

So it will be with Him. The renewal of humanity will be forged in the brokenness of the Cross: a paradox the world will never understand and which many of us still find it impossible to get our minds round. But it is at the heart of the Gospel: life can be ours only by way of the cross, his and ours; that is, by the way of selflessness.

I say that many of us find it impossible to get our minds round this seeming paradox. But to those who first heard this claim, it would have seemed not merely paradoxical but utter madness. St Paul says that it is “folly to the Greeks and scandal to the Jews”. But he was being polite: it would have seemed sheer madness. Remember, this was a world in which “peace”, the much-vaunted Pax Romana, was enforced and maintained, especially in the outlying provinces of the empire, by violence and, in particular appallingly violent punishment for sedition or rebellion.

Nothing represented that state-sanctioned violence more vividly than crucifixion. Literally thousands upon thousands were crucified during the sixty-five years from the time Judaea became a 1 John 1223-24 2 Roman province until the end of the Jewish War. All of them – save one – are now forgotten: a mass of anonymous dead in a world habituated to violence and injustice.

Crucifixion was routinely employed to subjugate and control; its victims were usually political agitators or renegade slaves. The Jewish historian, Josephus (b.37AD), describes numerous crucifixions, almost all of them for insurrection. Much earlier, when Spartacus’s uprising failed around 71BC, 6000 slaves were crucified along the Appian Way in one day.

No wonder, then, that to Jesus’ contemporaries, the idea of a crucified Saviour was either the most bizarre and bitter blasphemy or the most extraordinary and wondrous truth.

But even Christianity’s critics sensed something more in this crucifixion. Celsus in the second century, for instance, one of Christianity’s most intellectually acute but severest opponents, complained that Christians had introduced revolution into both heaven and earth.

And he was right.

Christianity does indeed undermine and subvert the order of this world. Jesus died the death reserved for subversives, for those who threatened order.

But Jesus’ crucifixion is far more than the historical memory of a past event. The Cross still stands over history as a protest against all claims to absolute, unquestioning control over human minds and bodies, against all systems of violence that despise the weak and, in doing so, despise Christ.

His dying and rising are permanently present in the Church: in us, in his Word proclaimed and in the Eucharist itself. From the moment Christ said, “Do this in memory of me,” the Church has re-lived his saving death and resurrection, in a plethora of rites, places.

But at the heart of them all is the mystery by which we are present at Calvary and at the Resurrection.

And that “remembering”, has another sense, too. It is, quite literally, a “re-membering” of Christ’s body in and through us, a putting together of the body that was broken and given for the life of the world in and through us. And we, as his members – the limbs of his body – are the extension into the wide world of his incarnation, that is, his life, death and resurrection.

That’s why, in every celebration of the Eucharist, His words of self-offering – This is Me for you – must become my words of self-offering. We participate in the Eucharist not just liturgically but substantively: not primarily by doing and saying things, but by becoming that which is made present to us and by making the sacramental and sacrificial action of the Mass the pattern of our own daily lives, both our daily living and our daily dying; and, ultimately, our culminating act of faith, generosity and selflessness in accepting and embracing our death, as he did.

In other words, what’s true of both his life and his death must become true of ours. Those who hang on to their life for dear life, as we might say, will lose it, he tells us; but those who share their life freely – even unto death – will keep it for all eternity. The mystery is even deeper. To live in this way is to have eternal life even now, because it’s to share God’s own life, which is eternal.

John is explicit: “We know that we have passed from death to life”, he says, “because we love one another.” And, just in case we’re tempted to sentimentalise this profoundest of all truths given to us in the faith, we need only remind ourselves that it encompasses loving not only our friends with all our hearts, not only our neighbour as ourselves, but even our enemies, those who persecute us, those who do us harm: indeed, it means loving them especially, as He did.