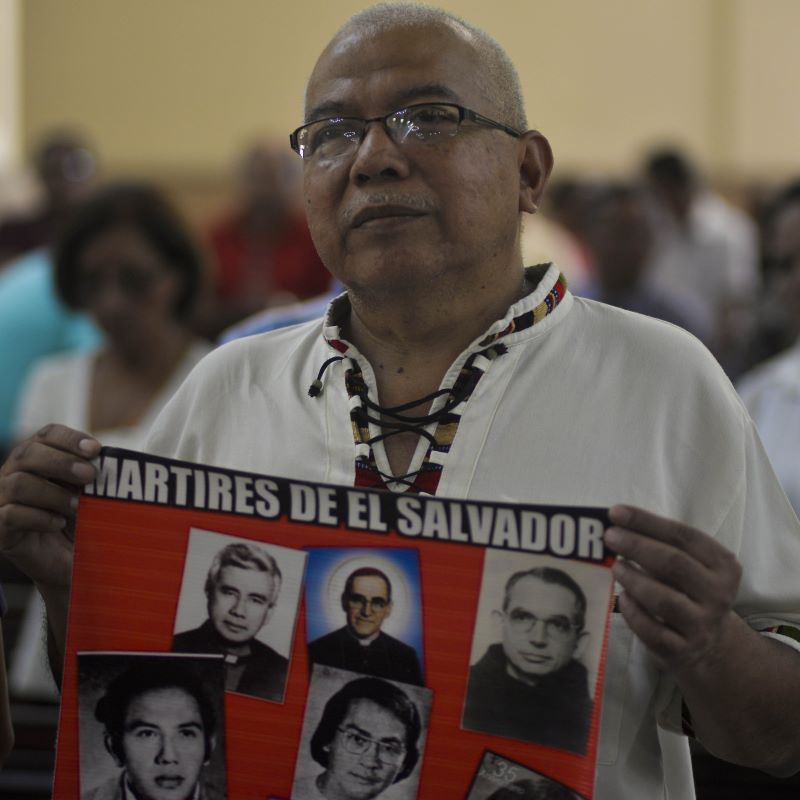 My uncle died the other day, just over a week short of his 101st birthday. That’s a long time to be around. But he seemed to have no trouble spending his time usefully. He liked reading The Guardian every day, a choice of reading material which surprised me. Can there be many Catholic priests of his generation who preferred the house journal of the liberal intelligentsia? But then Father Chris was full of surprises.

For example, he has always been keen on hugging people, which is not something you associate with a boy from Belfast, where the normal greeting is a slight nod of the head and if you are very lucky, a raised eyebrow. This habit of embracing was also slightly at adds with his stiff physical demeanour. I mean that in the sense that he carried himself, right up until his legs gave out, with ramrod erectness, like a Guardsman. But the only uniform that he wore was that of a Passionist priest, ordained in the early 1940s.

He spent his life in England, as did many young men from the North of Ireland. Of my father’s family, only James, the oldest, and my own father lived and died in the city of their birth. The Passionist order had a network of monasteries and parishes throughout the United Kingdom including Yorkshire, where he was to spend many years. His younger brother Michael was also to settle there as the result of many visits, not so much to see Father Chris, but to rendezvous with the local girl who helped in the monastery kitchen, and whom he eventually married. One other brother died serving in the RAF. The last of the children, Joan, met a handsome Irishman from Dublin who carried her off to further flung climes, South Africa and then Australia.

Fr Chris came to Yorkshire as a curate in the small Dales village of Addingham and it's not hard to imagine him cycling round the parish, his six foot frame sitting tall in the saddle, his abundant black hair flying in the wind. He should perhaps  have had a small part in one of James Herriot’s adventures: the good-looking priest setting hearts a flutter in the post office on market day.

In later years, he ran St Paul’s retreat house based in an old mansion once owned by a recusant Catholic family. The rambling building, Myddelton Lodge, which overlooked the Wharfe valley, had its resident ghosts and a priest-hole built in the years when followers of the “old religion” faced persecution in Reformation England. It was eventually replaced by more modern accommodation but the former monastery, now a private, gated residence, retains something of his ecclesiastical past, not least because travellers can still come across the Stations of the Cross on a path carved through the hillside by the faithful in a more recent period of devotion.

Father Chris also spent many years in St Helens, but his heart really lay in the most urban of his sojourns – the North London parish of St Joseph’s, where he presided over the magnificent church that occupies a hillside site in Highgate Hill. He really came into his own as the long-time president of the parish club. He was an extraordinarily popular figure in this role, as I learned when I visited one St Patrick’s Day and was treated to a dizzying round of drinks from club members. I have never enjoyed such elevated status in my life as I did that night as nephew of the revered parish club chairman.

He was not much of a drinker himself. I remember my Dad becoming increasingly frustrated as he offered a succession of tipples to Fr Chris on one visit, only to be told that a “wee sherry” would do fine. Needless to say, we had none. Nevertheless, Father Chris and the club were inseparable. So much so, that even in his latter years, when age and infirmity meant he had to live in a care home miles away, he still made the trip every Sunday to the club. And fittingly, that is where hundreds of people gathered from all over the world to celebrate his 100th birthday last year.

Now, barely a year later, his last journey will be attended by a tiny fraction of those birthday well-wishers. Because of the coronavirus restrictions, the Mass and funeral of Father Chris will be confined to the priests who still remain at St Joseph’s monastery. It is poignant to imagine the Requiem Mass in that massive church, with the elderly retinue of priests standing the requisite two metres apart and to realise how much has changed in the Church since my uncle took Holy Orders. In those days, there was barely a Catholic family in Ireland, North or South, that did not have at least one priest or nun in its ranks. Now I look at my generation, and I can count more than 30 first cousins and there’s not a single member of “the religious” amongst them. Was my uncle disappointed that no-one followed in his footsteps? Now, I will never know.