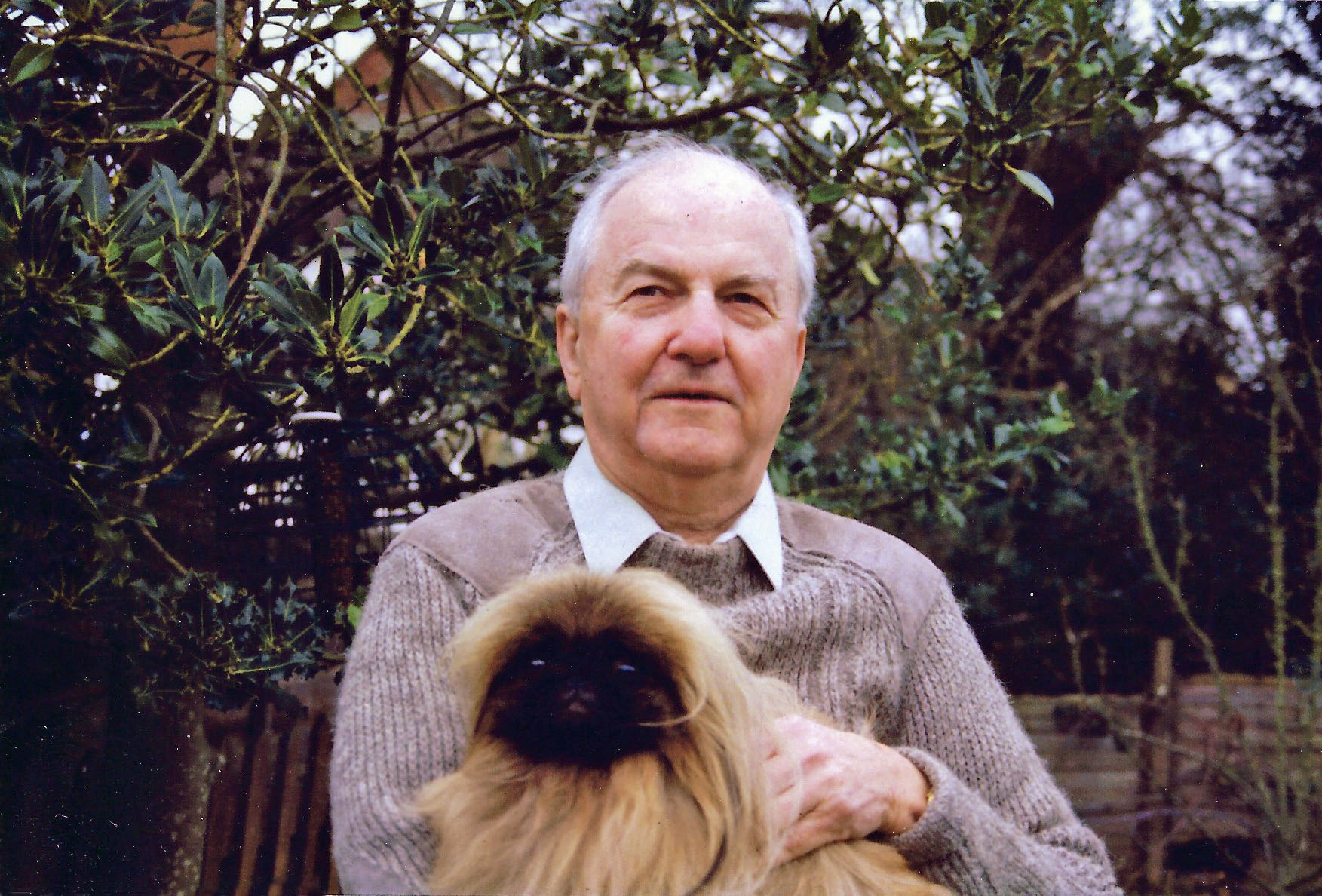 Olsen, a war veteran, converted to Catholicism in his final year at university 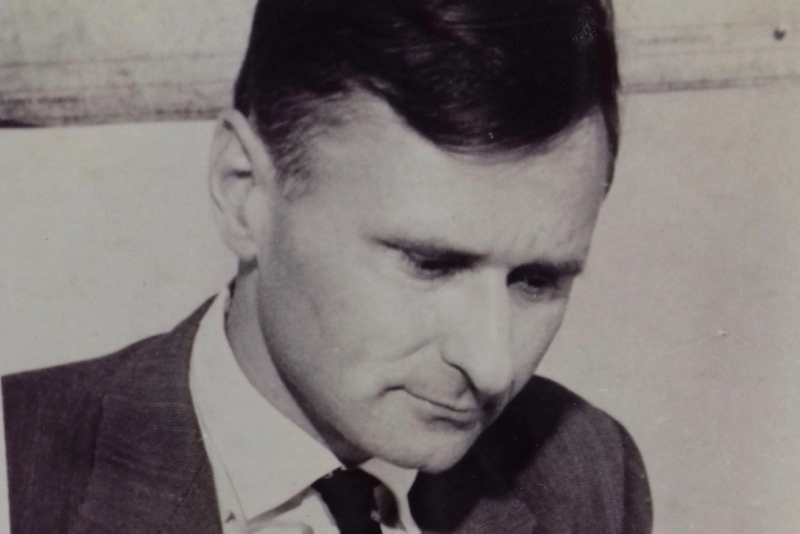 Paul Olsen, one of the finest educators to serve the Archdiocese of Birmingham, died last October at the age of 95. He is remembered by Michael Moran, a former student who went on to  follow Olsen into teaching.

Paul Olsen was an outstanding educator who made an immense contribution to the Archdiocese of Birmingham as a ground breaking headteacher.  He was one of the first lay educators in the country to be appointed headteacher of a Catholic grammar school. He then followed this by becoming one of the first leaders of a new generation of purpose built Comprehensives. He was an intelligent, articulate man of clear educational vision with a strong sense of mission underpinned by his own personal journey of faith and commitment to Catholic social teaching. The mark of his leadership lay in unlocking the potential of countless young people many of whom were, like him, the first in their family to access higher education. Perhaps the most famous example of this trajectory was Lord Patten who, as a history pupil of his at St Benedict’s, Ealing, not only followed him to the same Oxford College but also chose to read the same subject. In his most recent memoirs the last Governor of Hong Kong credits his place at Balliol to the guidance of a man whose teaching bore testimony to how hard he worked.

Paul was born on 14 May 1923 in the East End. His father was a Danish immigrant who had worked as a chef on cruise liners before settling in London and marrying his English mother. Showing considerable aptitude he won a scholarship to the prestigious Queen Elizabeth Grammar School, Barnet, at a time when eyebrows were raised locally that such an accolade had gone to the son of an immigrant. Here he excelled in academia winning a place at Balliol College which he was to accept only after the help of a small grant from a local charity and through the financial sacrifices of his family. During University vacations his father found him work in hotel kitchens not least to experience life for the labouring classes beyond Oxford academia. The sudden death of his father at work did little to ease the continued pressure to fund his studies.

His time at Oxford was interrupted by world war. He relinquished Danish citizenship to be eligible to join the Navy to fight fascism, serving in the North Sea and Orkneys and surviving combat in the Med to reach the rank of Captain. After the war he returned to Balliol and studied under such eminent historians as Sir Richard Southern and Christopher Hill. Ever a keen sportsman he ran alongside a younger Roger Bannister who came up to Oxford during his final year. It was during this time that he converted from Anglicanism to Catholicism, nurtured in his journey of faith by the Dominican Order at Blackfriars.

Despite the many directions available to him he chose teaching as a career, cutting his teeth as history master at St Clement Danes, Hammersmith, where he taught alongside such luminaries as Jack Harvey, author of economics textbooks. During the 1950’s he was active in the Catholic trades union movement editing a magazine and advocating church social teaching, as a more enlightened source of eradicating injustice and inequality, at a time when Communism was still a rising force.  In the 1960’s, following the Vatican Council,  he co-edited with Dom Edmund Flood a series of “Where We Stand” booklets for sixth-formers, published  by Dartman, Longman and Todd, in which well-known Catholic authors reflected on living the gospel in modern times.

His first headship appointment was in 1963 to St Thomas Aquinas Grammar School, newly built on land overlooking the then rolling Kings Norton golf course, to provide much needed provision for Catholic boys across the city of Birmingham. The school rapidly established itself as both highly achieving and popular, opening up opportunities in employment and tertiary education to many students whose working class backgrounds were not dissimilar to that of its charismatic leader.  The school was also soon distinguished by the number of priests it produced not just from pupils but from staff with some serving Birmingham and beyond to this day.  In 1974, at a time when the archdiocese was working with local authorities in rolling out a programme of Secondary re-organisation, he took the reins at St Augustine’s Comprehensive as it opened to serve north Worcestershire and the new town of Redditch. Although a complete contrast from boys grammar school he made a seamless transition.  St Augustine’s immediately took off, high flying and oversubscribed, deeply rooted in Catholic values as well as ecumenical in outlook. In Redditch he formed strong links with local church pastors invited to participate in Christian Unity week and collective worship.

On retirement from headship in 1982 he moved to Burnham-on-Sea, initially returning to history teaching before supporting his wife Mary at the Kindergarten she was to run for eleven years. Unfazed by the switch from teenagers he relished the opportunity to use his culinary skills and was even known to have introduced some elementary physics by innovatively swinging a bucket of water on a rope around his head to demonstrate centripetal force. At the age of 70 he still considered himself sprightly enough to showpiece a perfect forward-roll! He has always been active in parish life particularly in promoting inter-church relationships in the local community.  For many years the Olsen family shared their home at Christmas with African students from Claver House set up as a Jesuit centre in London for church social teaching.

Paul Olsen died on Tuesday 8 October 2019 and his requiem Mass was held on 16 October at the Church of Our Lady and English Martyrs, Burnham-on-Sea, attended by family, friends, parishioners and many others from the world of education including both former pupils and teachers.  Between these two dates the canonisation of John Henry Newman took place in Rome.  As an Oxford man he would have been inspired by the same path to Catholicism taken by Newman and be familiar with the maxim “To live is to change and to be perfect is to have changed often.”  It can be very appropriately applied to his life.  Dedicated throughout his life to his family he is survived by wife Mary, daughters Christine and Julie, sons Richard, John, Peter, Erik and Neil, and grandchildren.  Requiescat in pace.

Michael Moran is the former Deputy Director of Education for the Archdiocese of Birmingham, and was previously head teacher at St Francis of Assisi, Walsall, and Bishop Walsh, Sutton Coldfield.