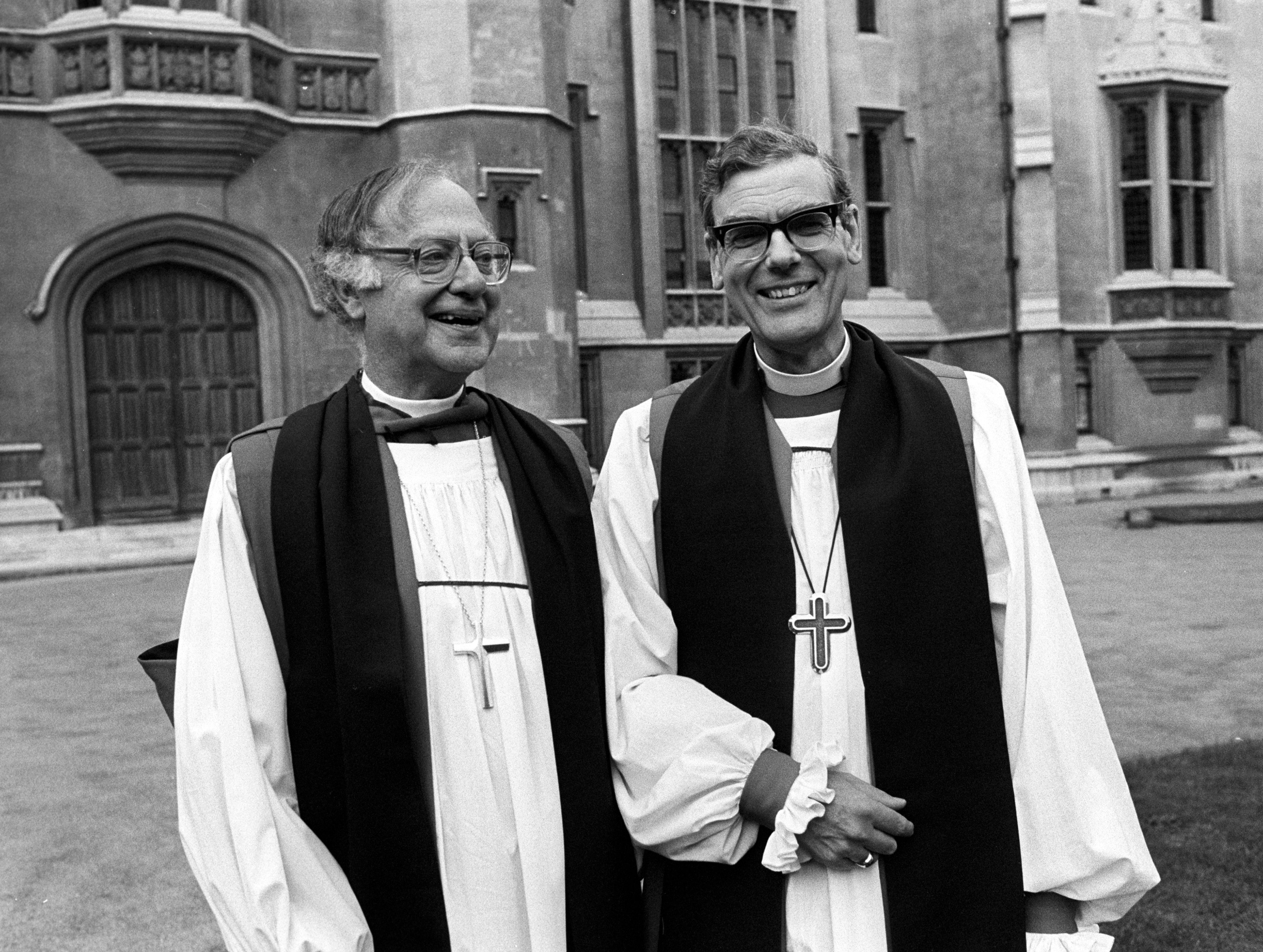 'That will be all that remains when the rest is gone: my naked person, a primal innocence which is awaiting its encounter with God' 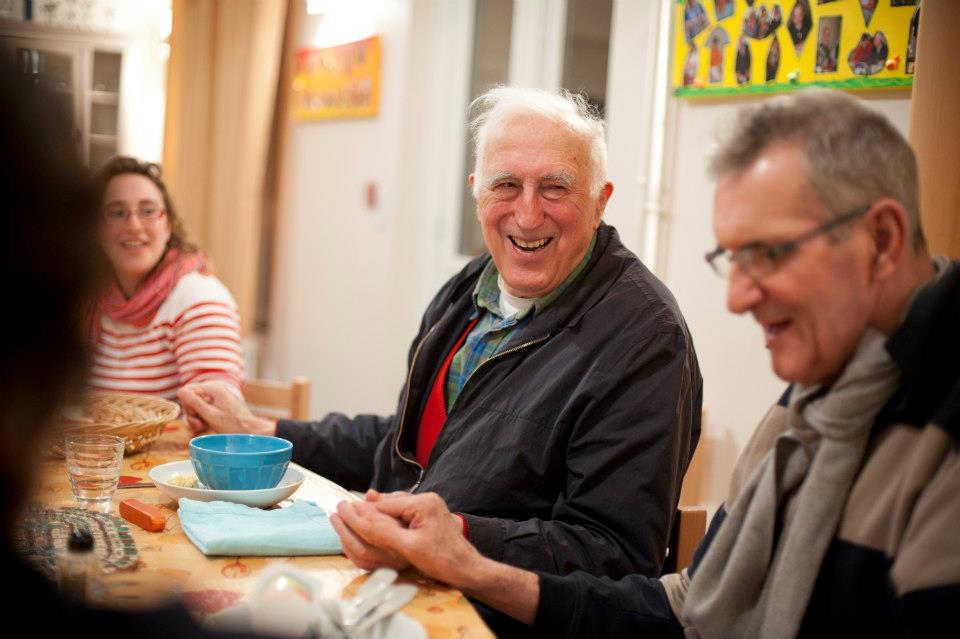 Jean Vanier was a spiritual giant. Those who lived and worked with him spoke of his almost palpable holiness; many considered him a living saint. He was unmoved by such accolades. Profoundly humble, what he longed for was to help people to know and live with Jesus – whom he spoke of as one might of a close friend – and to do so through encounters with the poorest and weakest in society, in particular those with mental disabilities.

Vanier was born on 10 September 1928 in Geneva, where his father, Georges Vanier, a Canadian diplomat, was serving. He was the fourth of five children. His parents were both devout Roman Catholics. When World War Two broke out, Georges Vanier was the Canadian minister in Paris. But in June 1940 France fell to Germany and the Vanier family was forced to sail home in a British merchant ship. The voyage fired Jean’s imagination, and in 1942, when he turned 13, he asked his father’s permission to travel back to Britain and enter the Royal Naval College at Dartmouth. Georges Vanier gave Jean his blessing. It was, he would later say, one of the most important moments in his life – “because if my father trusted me, then I could trust myself, and if my intuitions were true, then I could work with them”.

Jean Vanier believed that he owed his enormous physical stamina, and his extraordinary discipline, to the Royal Navy. He was formidably efficient – he never forgot a meeting, and was never late for one. He prized competence. If someone is very ill, he used to say, we should not ask whether they are surrounded by love, but whether they have a good doctor.

As the war came to an end, Jean began to feel that he wanted to work for peace, not war. “Something was growing within me,” he later reflected. “A deep attraction toward prayer, toward attending Mass, toward being with the poor.” In 1950, he resigned his commission. He tried his vocation as a priest. He lived for a while in a Trappist monastery, and then in a community near Paris, where he combined prayer with manual work and the study of philosophy. He studied for a PhD in philosophy from the Institut Catholique de Paris, and taught philosophy at the University of Toronto.

Then in 1963 his friend and spiritual guide, the Dominican priest Père Thomas Philippe, invited him to visit the village of Trosly-Breuil, north-east of Paris, where he was living as chaplain to Le Val Fleuri, an institution for around 30 men with mental disabilities. Here Vanier encountered a paradox that he would often meet again: that places of suffering were often also places of great beauty. “Prisons, psychiatric wards, slums, leprosy colonies: there’s something frightening, but also something beautiful, a sense of wonderment. It’s mysterious. Maybe it’s the discovery that, amidst all the chaos, these people are human beings. I saw anger and pain in the faces of these men, but also great tenderness.”

He decided to act. In the summer of 1964, without any clear idea of where it might lead, he invited two men with mental disabilities, Raphael Simi and Philippe Seux, to make a home in a tumbledown stone cottage in Trosly-Breuil. The cottage had no lavatory, one tap and a wood-burning stove, and Jean called it L’Arche – the Ark. Although he had set out thinking he was doing something good for Raphael and Philippe, Vanier quickly began to realise that he was being transformed by them. They were, he would later say, “teachers of tenderness”.

Like the mustard seed, L’Arche began to grow. Those who visited Vanier in Trosly were inspired by what they experienced. Some chose to stay. Today there are 154 L’Arche communities in 38 countries – places where “normal” people share family-sized houses with men and women with mental disabilities. What Vanier was doing chimed with the zeitgeist. “The sixties and seventies were the age of community,” he would reflect in old age. “It was the hippies in America; it was Woodstock. It was a huge moment.” By 1968, L’Arche had welcomed 73 men and women with mental disabilities – or “core members”; by 1970, 112; by 1972, 126. In 1968 Vanier gave a retreat in Canada, and the first L’Arche community was opened there the following year. In 1971, Jean Vanier’s sister, Thérèse, opened the first L’Arche house in the UK, in Kent. There are now communities in Inverness, Edinburgh, Preston, Liverpool, Manchester, Brecon, Bognor Regis and Ipswich. Gradually, L’Arche spread to countries including India, North America, the Ivory Coast, Honduras, Burkina Faso, Australia, Poland and Palestine.

In 1997 Vanier was honoured by Pope John Paul II. He took with him to Rome a group of men with mental disabilities. After spending much longer with them than was strictly timetabled, the Pope made to leave, then turned back to address them: “I want you to lead my church into the new millennium.” Vanier was passionately ecumenical. “My feet are rooted in my faith,” he said, “but my arms are wide open.” From the start, L’Arche welcomed people of all faiths and none. Stephan Posner, the current head of L’Arche in France, is Jewish, while in Bangladesh and Palestine Christians and Muslims live together, and in India many in L’Arche are Hindu. People with mental disabilities, Vanier would say, are a force for ecumenism: they have an instinct for communion, but they do not – cannot – split hairs over questions of dogma and belief.

Invitations to speak and give retreats came thick and fast, and Jean was constantly travelling, be it to Belfast during the Troubles, Rwanda in the midst of civil war, prisons and universities, or, on one occasion, to senior bankers at Goldman Sachs. In the summer of 2017 he travelled to London to meet the Queen. As a naval officer, he had accompanied her and Princess Margaret to South Africa on HMS Vanguard in 1947. Seventy years on, having been moved by Summer in the Forest, a film about L’Arche, she had asked to see him again. Neither was dry-eyed.

Few would have guessed that, away from his home in Trosly-Breuil, Vanier never felt completely at ease. It was partly, he once explained, that he hated the praise lavished on him when he was introduced to audiences. “I feel that people are saying, ‘You’re doing a beautiful work’; and that doesn’t interest me, because what they are really saying is, ‘I’m glad you’re doing it, not me.’”

Increasingly, the world came to Vanier. He led frequent retreats in Trosly-Breuil, and individuals who had read his books, and who were curious, searching or distressed, came to visit him. His wise counsel went hand in hand with an extraordinary gift of attentiveness and listening. And always his fundamental desire was the same – to help people believe that, no matter what they might have done, they were loved by Jesus “more than they dare believe”. Life in L’Arche, Jean said, had taught him “that everybody is beautiful. Everybody”.

It saddened Vanier that the Church seemed sometimes to present involvement with the poor as a vocation for just a few. “If you are blind to the poor,” he believed, “you become blind to God.” He urged people to start in small ways, by making space in their lives for somebody who was lonely, old, depressed, disabled.

In his ninetieth year, Jean was diagnosed with cancer, and was forced to spend increasingly long periods of time in hospital. Speaking became difficult for him, but still he strove to communicate. In a round-robin letter to friends he wrote, “I am living a time of peace. I would like to live every moment in love without any other project … I know that new weaknesses, new forms of poverty and new losses are waiting for me. It will be the descent into what is essential, that which is most hidden in me, deeper than all the parts of success and shadow inside me. That will be all that remains when the rest is gone: my naked person, a primal innocence which is awaiting its encounter with God.”