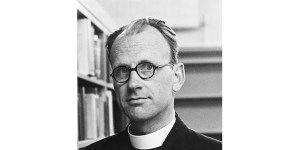 Robert Murray was born into a world of words. His grandfather was Sir James Murray, the famous lexicographer who was the founding editor of the Oxford English Dictionary. His parents were Congregationalist missionaries. He was born in Beijing on 8 June 1925, and, after a childhood spent in China (where his parents numbered among their compatriots Eric Liddell, of Chariots of Fire fame), he attended Eltham College and Taunton School. A year’s intensive study of Persian was followed by a degree in Classics at Oxford, where he came under the influence of the Tolkien family.