CHRIS PATTEN EXPLORES POLITICS AND IDENTITY
IN FIRST CONFESSION: A SORT OF MEMOIR

for an evening with Chris Patten as he explores the theme of politics and identity.

Chris Patten (Baron Patten of Barnes) who served as the 28th and final Governor of Hong Kong from 1992-1997, is currently Chancellor of Oxford University. He has been a crossbench member of the House of Lords since 2005. As MP for Bath (1979-92) he served as Minister for Overseas Development, Secretary of State for the Environment and Chairman of the Conservative Party, and was described by The Observer as “the best Tory Prime Minister we never had”.

Chris Patten’s political hero is that epitome of one-nation conservatism, Rab Butler. In the memoir he published last year, First Confession, he quotes with approval Butler’s disdain for austerity economics. “Those who talk about creating pools of unemployment should be thrown into them and made to swim.”

Patten grew up in an Irish Catholic family in north-west London, the son of a music publisher whose forbears had come to England from Co Roscommon. In First Confession he describes it as a 1950s childhood of “Mass and privet”. He made his way to Oxford via Our Lady of the Visitation parish and primary school, run by the Pallottine Fathers in Greenford, and then St Benedict’s, Ealing.

“Part of my complicated identity”, Patten told The Tablet last year, “is that I am a practising Catholic – words that are used as if you are hitting a ball against a wall all the time. It’s part of me, even if some people may not like it.”

With grateful thanks to our hosts 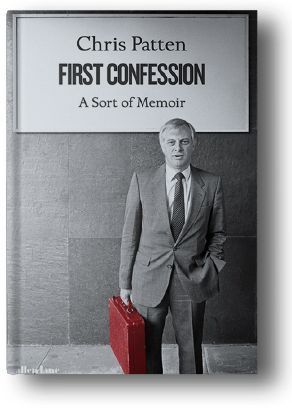 This is a fundraising event for The Tablet Trust
Charity No. 271537

An evening with Professor Eamon Duffy in conversation with Edward Stourton on the importance of the material world – sacraments, saints, shrines, relics, holy images and holy spaces – in the history of the Church, which forms the theme of his most recent book, Royal Books and Holy Bones: Essays in medieval Christianity.

This is a fundraising event for The Tablet Trust
Charity No. 1173924 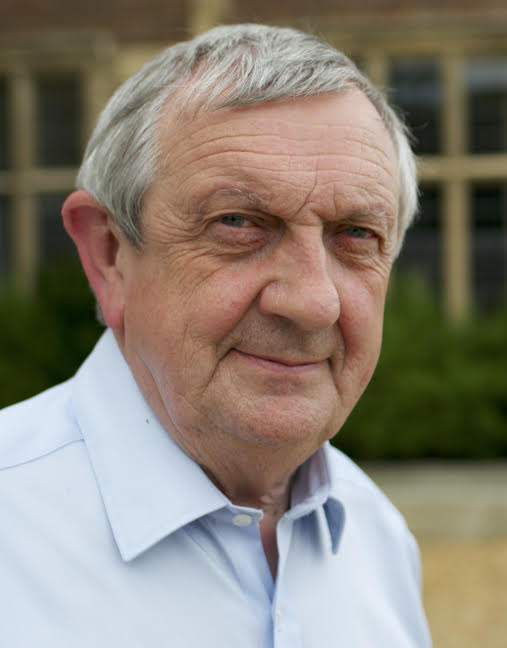 Eamon Duﬀy was born in Dundalk, Ireland in 1947. He is Emeritus Professor of the History of Christianity at the University of Cambridge, and a Fellow and former President of Magdalene College.

His books include The Stripping of the Altars: Traditional Religion in England c1400-c1580 (Yale, 1992) and Saints and Sinners: a History of the Popes (Yale, 1997), now in its third edition and translated into many languages. The Voices of Morebath, Reformation and Rebellion in an English Village (2001), won the 2002 Hawthornden Prize for Literature. Reformation Divided: Catholics, Protestants and the Conversion of England, was published in 2016 by Bloomsbury, also the publishers of his most recent collection of essays, Royal Books and Holy Bones. He is a regular broadcaster on radio and television. 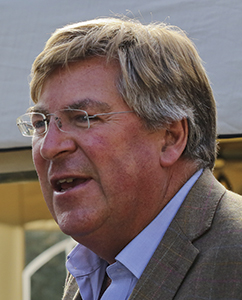 Edward Stourton is a journalist and presenter of BBC Radio Four programmes including The World at One, The World this Weekend, Sunday and Analysis.

He is a regular contributor to the Today programme where, for ten years, he was one of the main presenters. He has written and presented several high-profile current affairs programmes and documentaries for radio and television and also writes for national newspapers and magazines. 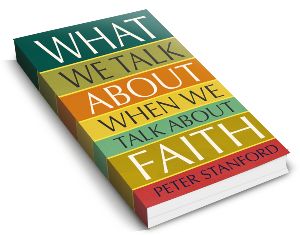 Join us for an evening with Peter Stanford in conversation with Christopher Jamison OSB and author Sarah Dunant, where they will discuss Peter’s new book – What We Talk About When We Talk About Faith – a collection of the best of his interviews with household names and less familiar figures, but all people of achievement with resonant stories to tell.

There will also be an opportunity to meet The Tablet’s new editor, Brendan Walsh.

Afterwards there will be an audience Q&A, followed by a wine reception and book signings.

This is a fundraising event for The Tablet Trust

"Pope Francis and the Synod: changing the way the Church makes its decisions"

Paul Vallely is a writer and consultant on religion, international development, and business ethics and a regular contributor to The Tablet. He is the author of the internationally-acclaimed best-selling biography Pope Francis - Untying the Knots: The Struggle for the Soul of Catholicism.

"From South to North: lessons for the Church from the developing world"

Born in Pretoria and ordained as a Redemptorist priest in 1967 Kevin Dowling was appointed the Bishop of Rustenburg in 1990. He has ministered in various parts of South Africa, including townships in Cape Town and Pretoria and has been at the forefront of the Church’s response to the HIV/Aids pandemic.

Robert Mickens has been The Tablet’s Rome correspondent from 2001 to 2003 and from 2005 to the present and writer of the paper’s popular weekly column, “Letter from Rome”. He is regularly featured as a Vatican-affairs analyst for the BBC in Great Britain, ABC in Australia and National Public Radio in the United States

“Stories of Vatican II: The Human Side of the Council”

Robert Blair Kaiser - American author and journalist, prizewinning correspondent for Time magazine at the Second Vatican Council and the author of five books on Vatican II and its aftermath.

The Most Rev Vincent Nichols Archbishop of Westminster

“Holiness Today: The Formation of the Human Heart” An exploration of the models of and quest for holiness in contemporary society.

The Most Rev Vincent Nichols Archbishop of Westminster, president of the Catholic Bishops’ Conference of England and Wales

"Prodigal sons and daughters: my dreams for the future of the Church"