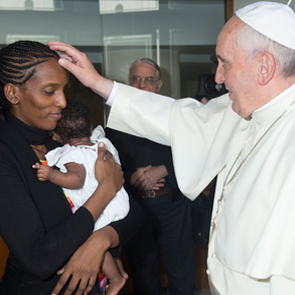 Survivors of sexual abuse have called for the resignation of the Primate of All Ireland, Cardinal Sean Brady after a new book revealed details of his role in the cover-up concerning a priest who inflicted horrific abuse on an altar server.

The evidence appears in a memoir, Sworn to Secrecy, published this week by Brendan Boland, who was abused by Fr Brendan Smyth for three years in the 1970s. The book reproduces for the first time the oath of secrecy which the 14-year-old was made to sign and which the then Fr John Brady countersigned. Fr Brady – who went on to become the Archbishop of Armagh and Ireland’s Primate – acted as notary for a secret canonical inquiry into Smith’s abuse of Brendan Boland.

Mr Boland acquired the transcripts through legal discovery procedures when he took a High Court action against the Archdiocese of Armagh and Cardinal Brady. They reveal the invasive questions the 14-year-old was asked during the inquiry, including whether he had participated in similar sexual activities with other boys or men.

Mr Boland told The Tablet that he would like Cardinal Brady to read his book. “He might go away and reflect on it and consider whether, in the light of his role in the events described, he should retire in the normal fashion, or resign,” he said.

The cardinal is due to submit his resignation to the Pope when he turns 75 in August.

The canonical inquiry was conducted by three priests who summoned the then 14-year-old to appear before them alone. It was held after the boy told a Dominican priest Fr Oliver McShane about the abuse.

Although Brendan Boland and his father were assured in 1975 that Smyth would be dealt with, the priest continued to abuse other children for another 20 years until 1994 when he was convicted of 17 counts of child sexual abuse. Three years later he pleaded guilty to another 74 counts of abuse.

Marie Kane, who was one of six survivors of clerical abuse who met Pope Francis two weeks ago in the Vatican, has threatened to write again to the Pope if Cardinal Brady does not offer his resignation, adding that the book “confirms the conversation I had with Pope Francis and the issues I raised” regarding “cover-ups and secrecy in the Irish Church”.

Mr Boland’s case was settled in 2012 for €100,000 plus costs. The book reveals that lawyers acting for the cardinal initially offered Mr Boland €10,000 in compensation in 2011. The Catholic Communications Office in Maynooth declined to comment.