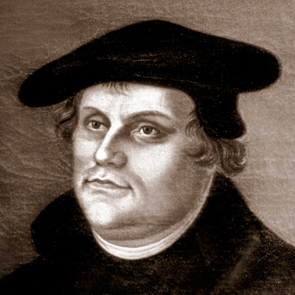 Plans for joint commemorations of Reformation begin to unravel

Lord Falconer's Assisted Dying bill, which would allow doctors to hasten the death of terminally ill patients thought to have under six months to live, passed its second reading in the Lords on Friday despite vigorous campaigning by faith leaders, and now passes to committee stage.

The Bill needs Government backing to proceed and although Prime Minister David Cameron has said he is worried about steps towards legalising euthanasia, he is also happy for the Commons to debate the bill. Labour is likely to allow the bill to be debated in the House of Commons if elected.

During Friday's ten-hour debate, the Archbishop of York, Dr John Sentamu, said the Bill was not about relieving pain or suffering. "The bill is about asserting a philosophy ... the ancient Stoic philosophy that ending one’s life in circumstances of distress is an assertion of human freedom."

Rabbi Julia Neuberger condemned as "nonsense" the stipulation that two doctors could judge that patients have a life expectancy of six months or less.

Lord Harries of Pentregarth, the former Bishop of Oxford, said the bill filled him with "deep disquiet". He warned that it would open the door to legislation that allowed people with severe illness at any age to seek lethal drugs, not restricted by the six months requirement. "I fear dreadfully for the whole attitude of our society to the vulnerable and incapacitated. I see the bill as a tremor, warning of a seismic change in our society towards those who require costly, arduous care day and night."

The Bishop of Bristol, Mike Hill, said he had worked as a hospice chaplain for some years. "There I observed people who were able to die well and free from pain. What I consistently saw there was both affordable and effective palliative care.

"Many of us who are opposed to the bill are greatly concerned by the unintended consequences that it will inevitably bring into play. It is simply not good enough for those who support the bill to dismiss out of hand this genuine concern. It is for them to give us consistent evidence that our fears are unfounded."

He warned it was "fraught with danger" and that some would be put under severe pressure to request the right to die with assistance.

Baroness (Jane) Campbell of Surbiton, born with spinal muscular dystrophy, said the Bill was "frightening" and was aimed at her whether she wanted it or not.

Baroness Campbell is a former commissioner of the Equality and Human Rights Commission and patron of the think tank Living and Dying Well.

Speaking from her electric wheelchair in the House of Lords second reading debate on the Bill, Lady Campbell said: "I do not want this Bill. Before anyone disputes [it is about me], imagine it is already law and that I asked for assistance to die. Do you imagine I would be refused? No. You can be sure there would be doctors and lawyers willing to support my right to die. Sadly many would put their energies into that, rather than improving my situation or helping me to change my mind.

"This bill offers no comfort to me. It frightens me because in periods of greatest difficulty I know I might be tempted to use it. It only adds to the burdens and challenges life holds for me."

She described the bill as a "runaway train" and urged for ways to reflect further. "The bill is not the answer."

The Archbishop of Canterbury Justin Welby and Cardinal Vincent Nichols were among the religious leaders who signed a letter opposing the legislation while bishops and England and Wales have wrote to their dioceses urging Catholics to write to peers and members of parliament.

Last month Baroness Campbell wrote in The Tablet that the legislation was “misguided and dangerous”.