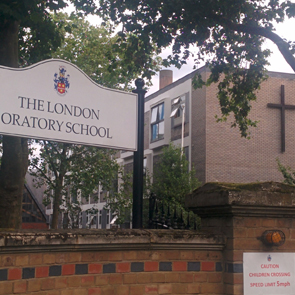 Pope Francis and the Governor of the Bank of England both stressed this week that the human person must be at the centre of the global economy.

Francis was addressing a closed-door conference organised by the Pontifical Council for Justice and Peace in Rome. His remarks were later echoed in a statement signed by almost 70 financial experts including Mark Carney. Mr Carney attended alongside Nobel Peace Prizewinner Muhammad Yunus, US economist Jeffrey Sachs and the head of Caritas Internationalis, Michel Roy.

The two-day conference was entitled “The Global Common Good: Towards a More Inclusive Economy” and was based on Pope Francis’ ideas in his Apostolic Exhortation Evangelii Gaudium. Francis, who joined the participants for lunch on Saturday, urged them to help reverse the current "throwaway" culture and put people at the centre – not the fringes – of monetary strategies and policies.

The participants issued a joint statement which said that reforms of the global economy, and the financial system in particular, were welcome but “must go much further”.

“We must put people and their wellbeing at the centre of our economic and political life,” they wrote. The signatories acknowledged the contribution of women and rural workers, and voiced support for “the biodiversity” of “for-profit corporations, cooperatives, productive not-for-profit entities, ethical or sustainable banks and businesses, social business, and so on”.

A spokesman for Mr Carney said he was attending the conference in his capacity as the chairman of the Basel-based Financial Stability Board that was set up in 2009 in the wake of the global financial crisis. He added that the views Mr Carney were endorsing were consistent with those he expressed at a conference on Inclusive Capitalism held in London in May.