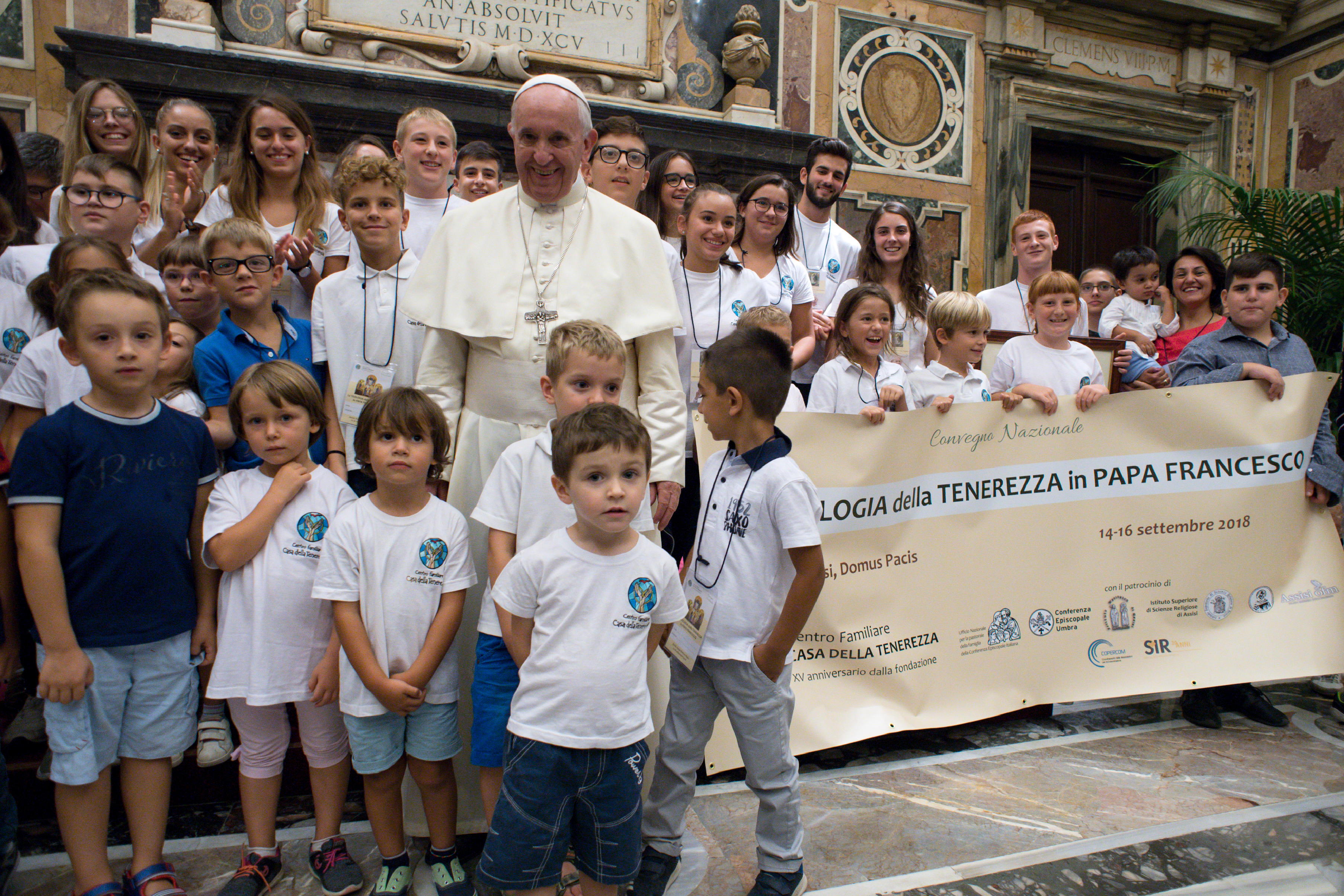 The meaning of life is love, pope says

Pope says he hopes to visit Mozambique in 2019

President Filipe Nyusi turned to the journalists present and said, "I would like to announce that next year, the pope is coming to Mozambique!" 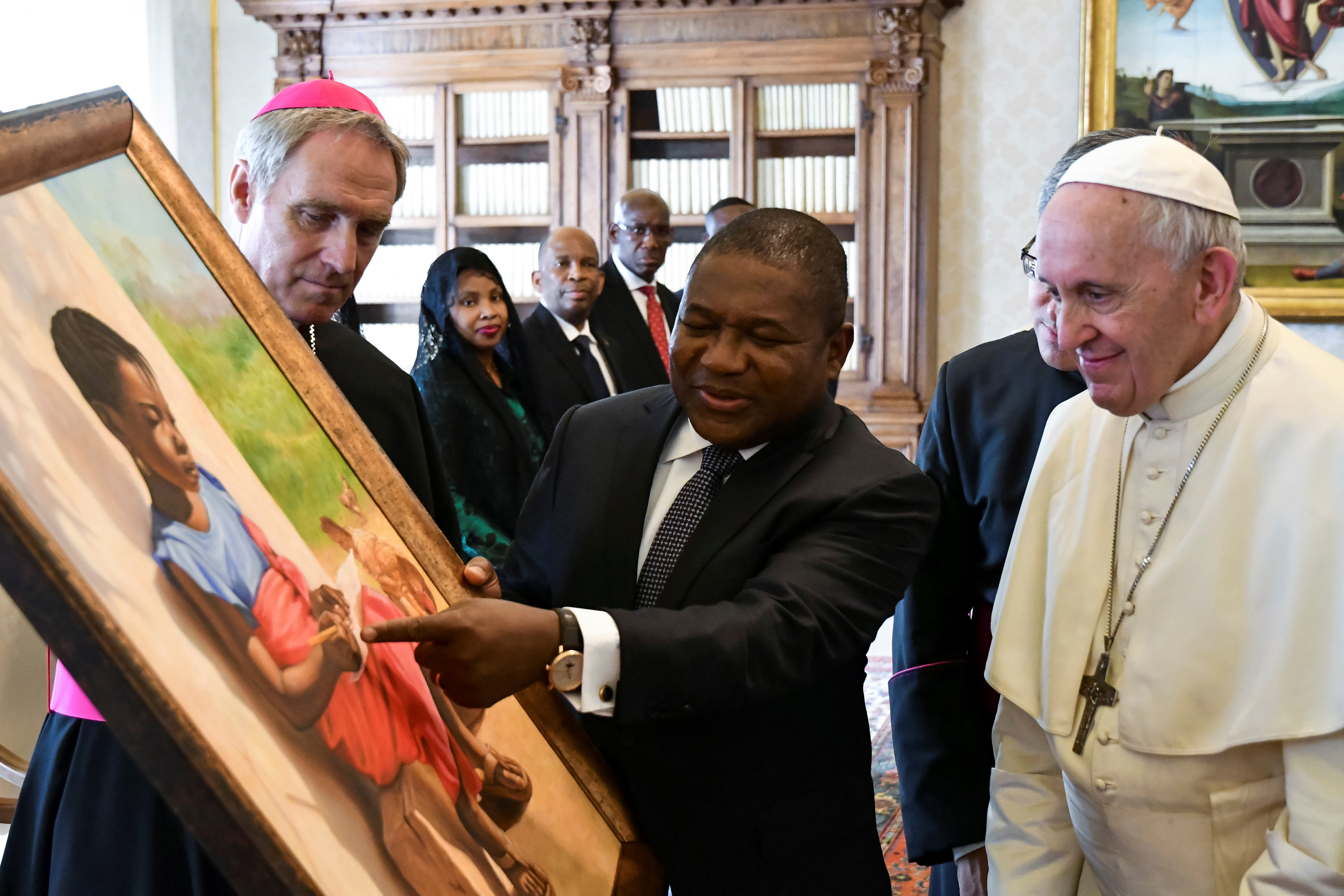 Pope Francis meets with President Filipe Nyusi of Mozambique during a private audience Sept. 14 at the Vatican.
CNS photo/Alberto Pizzoli, pool via Reuters

The president of Mozambique announced that Pope Francis plans to visit the country next year.

As he was saying goodbye to the pope at the Vatican Sept. 14, President Filipe Nyusi turned to the journalists present and said, "I would like to announce that next year, the pope is coming to Mozambique!"

"If I'm still alive," Pope Francis responded with a grin.

The pope welcomed Nyusi in the library of the Apostolic Palace. Sitting down at his desk, the pope began the meeting with a lighthearted joke that he has used on several similar occasions, "Do you know the difference between protocol and terrorism? You can negotiate with terrorists."

Accompanied by a Portuguese translator, the pope spoke privately with the head of state for more than 30 minutes.

According to a statement released by the Vatican, Pope Francis and Nyusi discussed "the good relations between the Holy See and Mozambique and the valued contribution of the Catholic Church in several sectors of society."

"The socio-political situation of the nation was then discussed, as well as the process of national reconciliation currently underway with the hope that a stable and lasting peace may be reached," the Vatican said.

The two leaders also exchanged opinions "on the fight against poverty and corruption as well as economic collaboration between Mozambique and other countries."

After concluding their private discussions, the Mozambican head of state introduced his wife and members of his entourage to Pope Francis.

President Nyusi also gave the pope a painting of a little girl writing on a piece of paper.

"She is writing an invitation so that you may visit Mozambique," the president told the pope.

The pope gave Nyusi a split medallion held together by an olive tree and said, "Below the words written are: 'Look for what unites, overcome what divides.'"