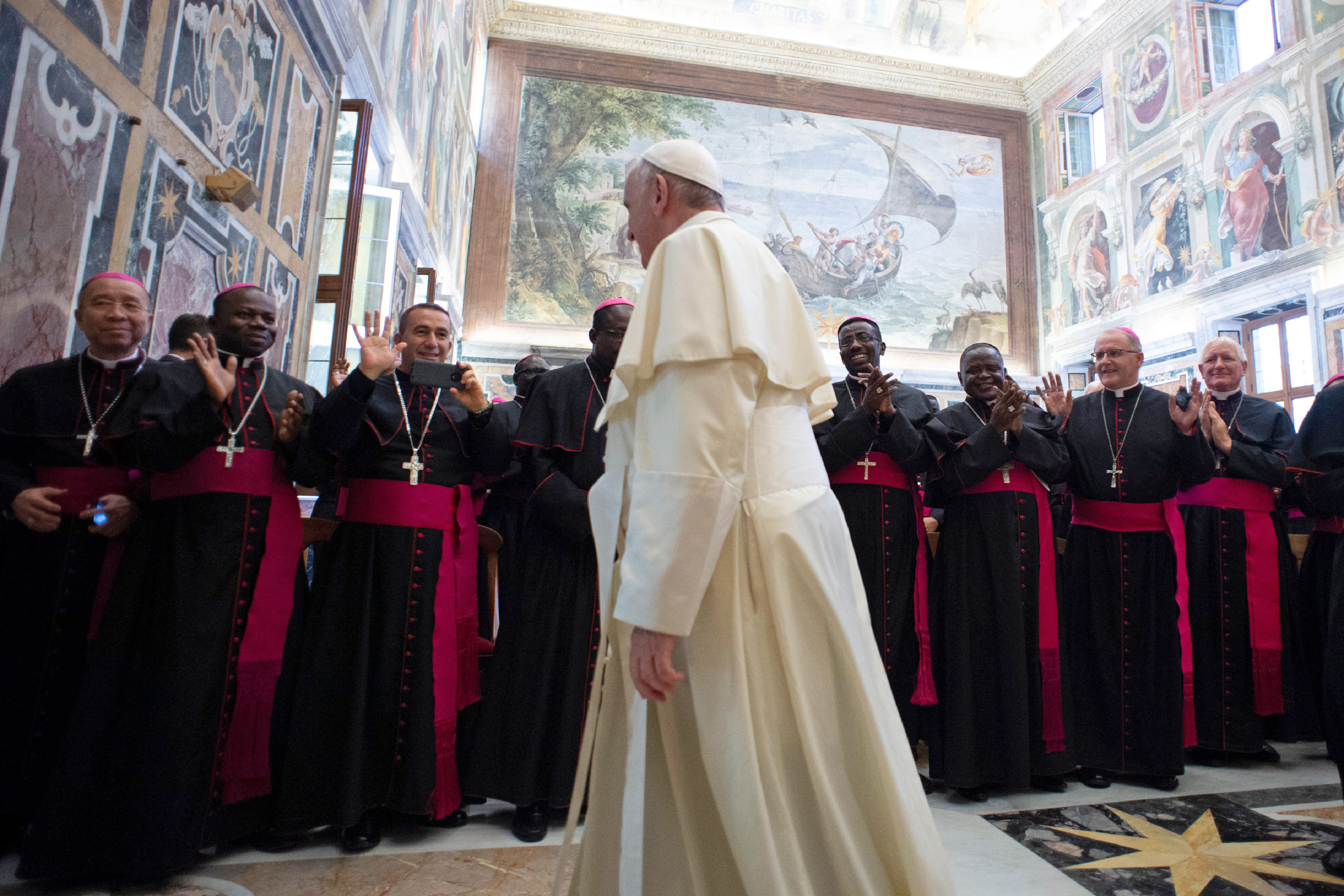 Archbishop of Westminster pleads for forgiveness for failings of fellow bishops

'Today we come before Him knowing our failings, sensing the anger in many hearts, knowing the face of evil' 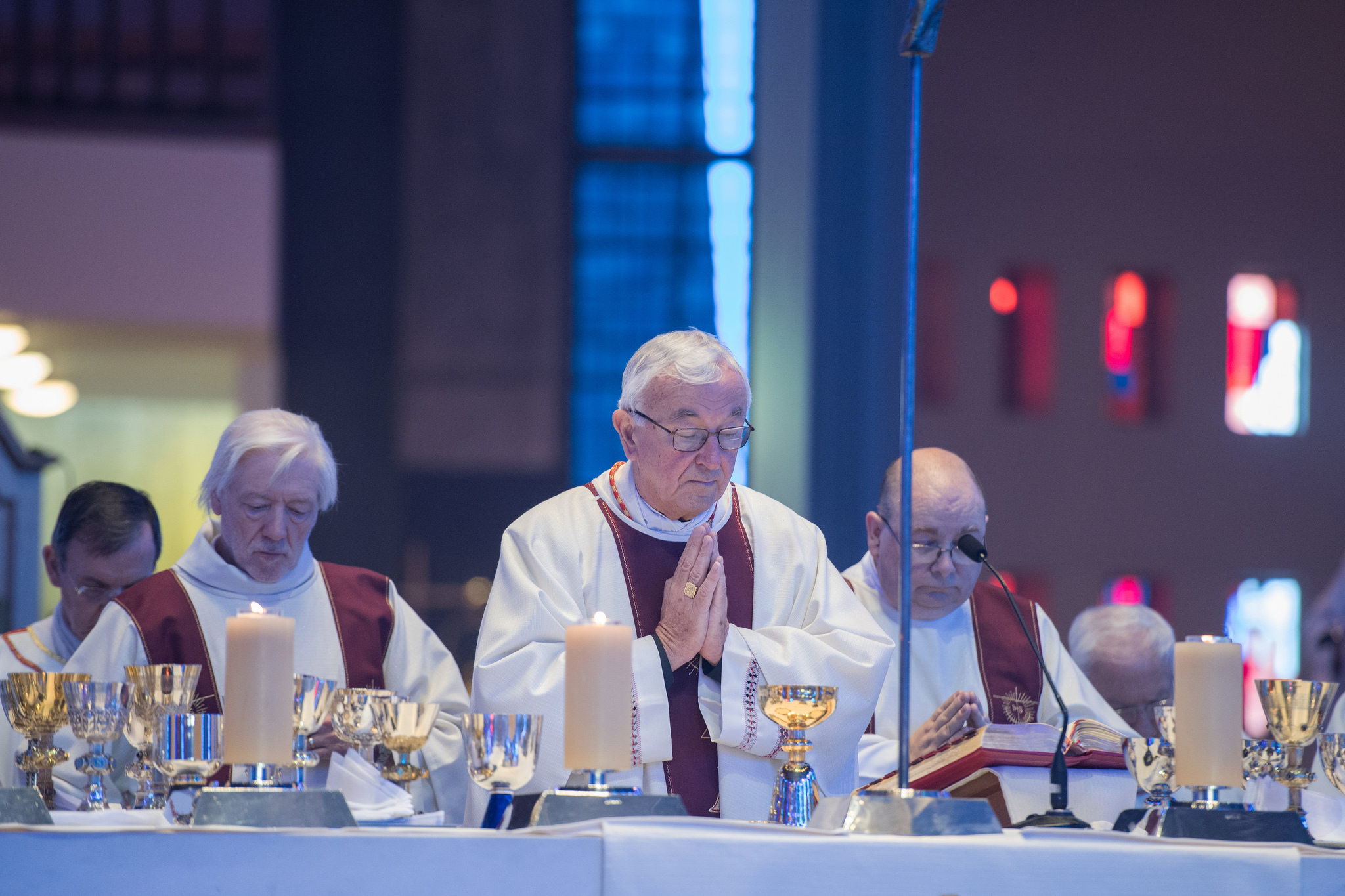 The Archbishop of Westminster, Cardinal Vincent Nichols pleaded at the National Eucharistic Pilgrimage and Congress in Liverpool for forgiveness for the “hurt, damage and mistrust” caused by the failings of his fellow bishops.

Delivering the homily at Adoration and Benediction with Evening Prayer at the ACC Echo Arena on the first day of Adoremus on September 8, Cardinal Nichols spoke of being in the presence of Jesus in the Most Blessed Sacrament: “He gave His body, His entire self, so that we may live. It is the Bread of Life. He gave Himself, in death, so as to absorb all the anger of our hearts, like a sponge soaks up water.”

Cardinal Nichols continued: “Today we come before Him knowing our failings, sensing the anger in many hearts, knowing the face of evil. I feel this with great keenness, and sadness, for the failings of my fellow bishops are there for all to see. As bishops we are bound to each other. As one of this College of bishops, I come before the Lord with little to offer; only to ask for a share in His new life. I come as a beggar, seeking forgiveness, laying the load of the hurt, damage and mistrust we have caused at the foot of the cross. Please join me in this, for me, for the Church, for yourselves, too.”

People travelled from all over the country to attend the three-day event. There were 2,500 at the arena for the Symposium Day on Friday and 6,000 there and elsewhere in Liverpool for the Congress Day on Saturday. The Cathedral, the largest place of Catholic worship in the UK which seats 2,300, was booked out in advance on Sunday for two solemn Masses for pilgrims, one at 9.30 and one at 11.30. There were an estimated 6,000 people out for the half-hour procession, which began at 1pm.

In a message to Cardinal Nichols read out to the congress by the Papal Nuncio, Archbishop Edward Adams, Pope Francis spoke of the English martyrs. “The history of the Church in your lands is marked in no small part by the central place that countless saints have given to the Sacrifice of the Mass.” Such holy men and women are “rightly to be venerated” and the Church in England and Wales must not lose sight of their memory, he said.

He continued: “Aware that the life of Christian discipleship brings with it unique challenges and calls for great selflessness, especially in humble service to those most in need, I invite all of you to trust in the power of the Holy Sacrifice, for ‘Christ’s Passover is the definitive victory over death… If we receive him with faith, we too can truly love God and neighbor; we can love as he loved us, by giving our life.” (Catechesis, 22 Nov 2017)

Archbishop of Liverpool Malcolm McMahon, delivering the homily at the cathedral on Sunday, he said: “As a Christian community we may say because of recent scandals and the problems we have had within the Church we can no longer hold our heads up high. Let us keep our heads bowed in penance but we should stand erect nonetheless.

“Maybe our words and our actions won’t carry the same authority as before and it is going to be hard to proclaim the Gospel – but the Gospel still has to be proclaimed and there is no-one else to do it except us poor sinners.

“So let us continue to do that by our actions as well as our words so that others may see Jesus in us – the suffering Jesus, the dying Jesus, the risen Jesus.”