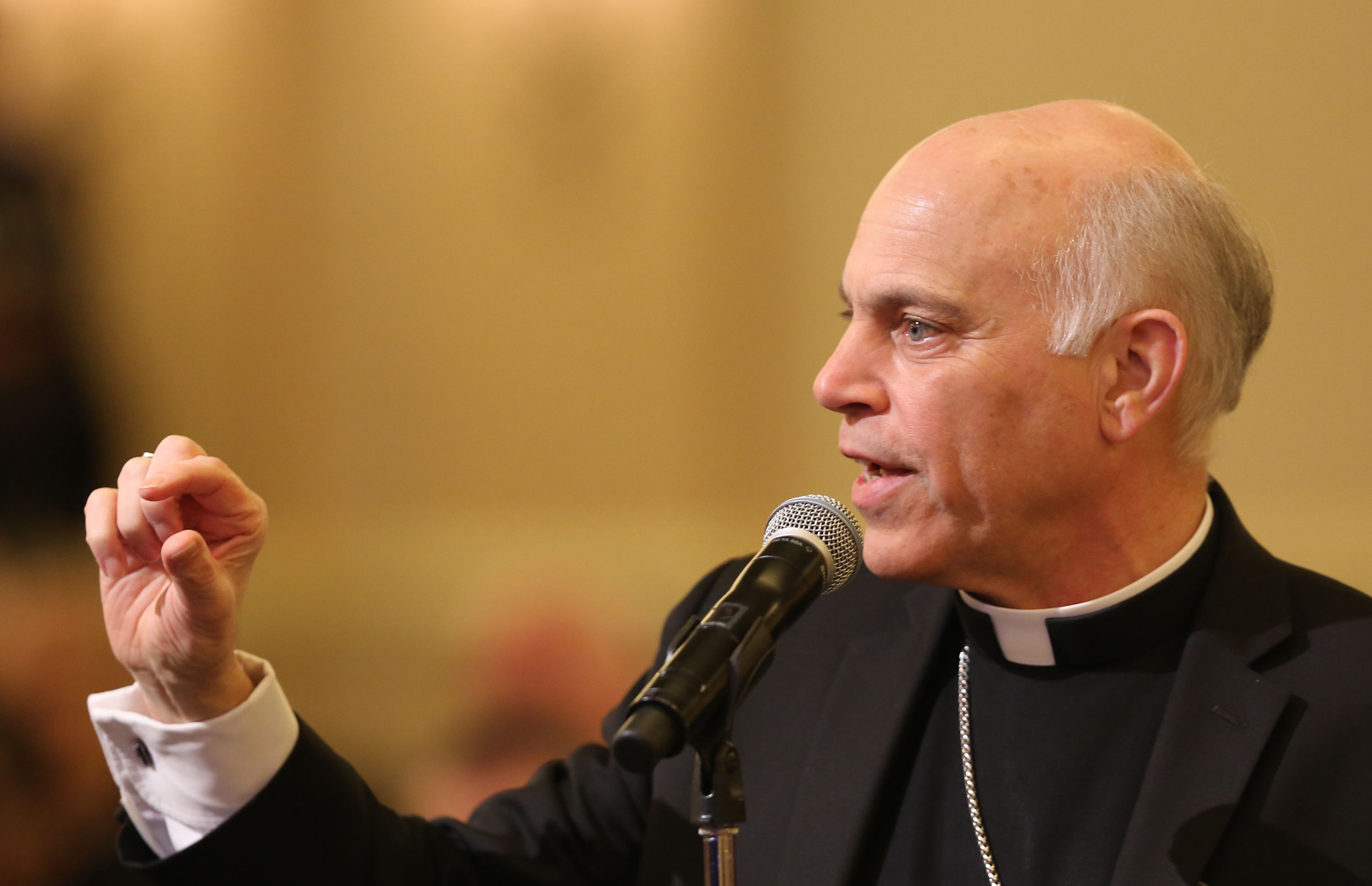 'Demonic and diabolical': Bishop Barron on the sex abuse crisis

'In terms of our credibility... We are undermined in every way by it.' Barron on the impact of the scandal 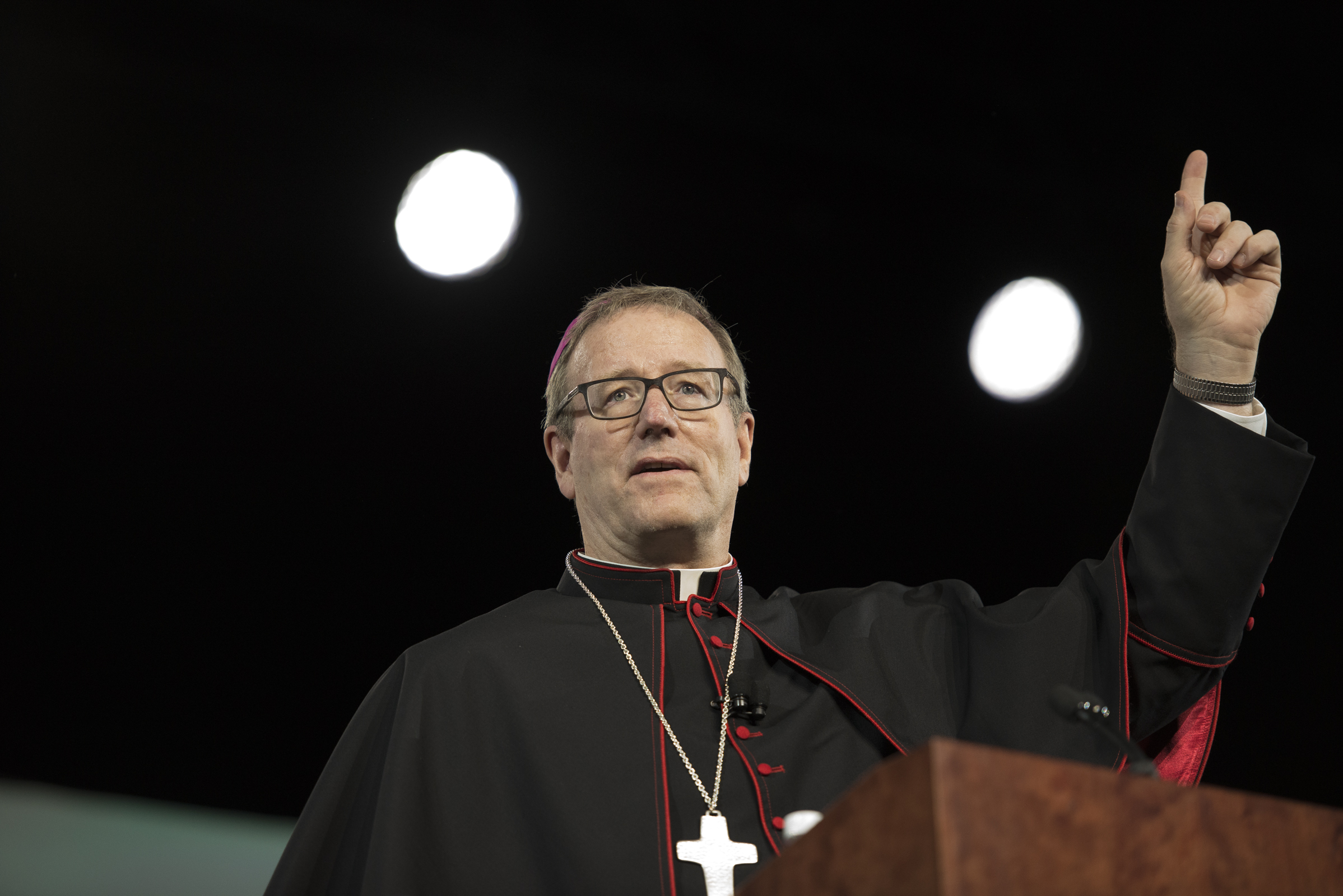 The influential US Bishop Robert Barron has added his voice to those calling for a laity led investigation into the allegations of corruption against senior members of the Catholic hierarchy made by Archbishop Carlo Maria Viganò.

He said the current crisis over clerical sex abuse is the worst ever in the history of the US Catholic Church.

Meanwhile, in an interview with Vatican Insider, Secretary of State Cardinal Pietro Parolin says Pope Francis remains "peaceful" despite the charges laid against him by Viganò but there is much "bitterness" and "restlessness" in the Vatican. He also stood by the Pope's response to the allegations in the 11-page testimony, which was neither to confirm nor deny them.

So far, beyond telling journalists on the plane to Rome from Ireland, Pope Francis has declined either to confirm or deny Viganò's claims. However, earlier today, he tweeted: "We Christians do not have a product to sell, we communicate Life."

In an interview with Brandon Vogt, the content director of Barron's Word on Fire ministry website, Bishop Barron, who was among the speakers at the World Meeting of Families where Pope Francis was when the bombshell hit, said there was a "demonic element" to the shocking details that emerged in the Pennsylvania Grand Jury report into the abuse of 1,000 children by 300 clergy over seven decades.

"Some of the gross and terrible details that came forward were just stomach-turning and I don’t hesitate to say that there was really a demonic element that you see in these things," he said.

"That’s what struck me in that awful Pennsylvania report. The McCarrick situation that the abuse was going on at such a high level, the corruption that reached that part of the Church’s life. I was also struck by the similarity to a lot of the 'me too' stuff because not only was it a sexual assault, and it was certainly that, but also a terrible abuse of power. So these young men who wanted the priesthood and this was the man who could give it to them or deny it to them. So it was a terrible abuse of power and authority."

He told Vogt: "If you’d asked me 25 years ago I would have said that terrible period in the nineteenth century when churches and convents are being burned down; when there were political parties organised in an explicitly anti-Catholic way. But the scandals from 2002 and now this time far surpass that in terms of their damage to the church and to people’s lives. So it’s the worst in the American Catholic Church’s history for sure. So it’s important for all of us Catholics to realise we’re passing through this particularly terrible time and that we have to seize the moment; it’s time for us to act. We can’t simply be passive in the face of this terrible crisis."

Bishop Barron agreed that clericalism is part of the problem, but also said it was down to lack of faithfulness to priestly vows and identity. And he also referred to homosexuality. "There is evidence that the vast majority of these cases involve male on male sexual violence."

He described the scale of the evil he believes is involved.

"I have said this scandal is a diabolical masterpiece because it undermines the work of the Church in practically every way. Most immediately in my case as an evangeliser. Talk about the best way to undermine any evangelical effort; an effort to propagate the Church’s teaching; to make the Church attractive to people; to draw them to Christ. What would be more effective way to undo that work than to have priests engaging in the sexual abuse of young people?

"In terms of our credibility; our role in the public forum; choose your issue. We are undermined in every way by it, which is why we have to come to grips with it."