Viganò has made numerous statements against many members of the hierarchy, including Pope Francis. 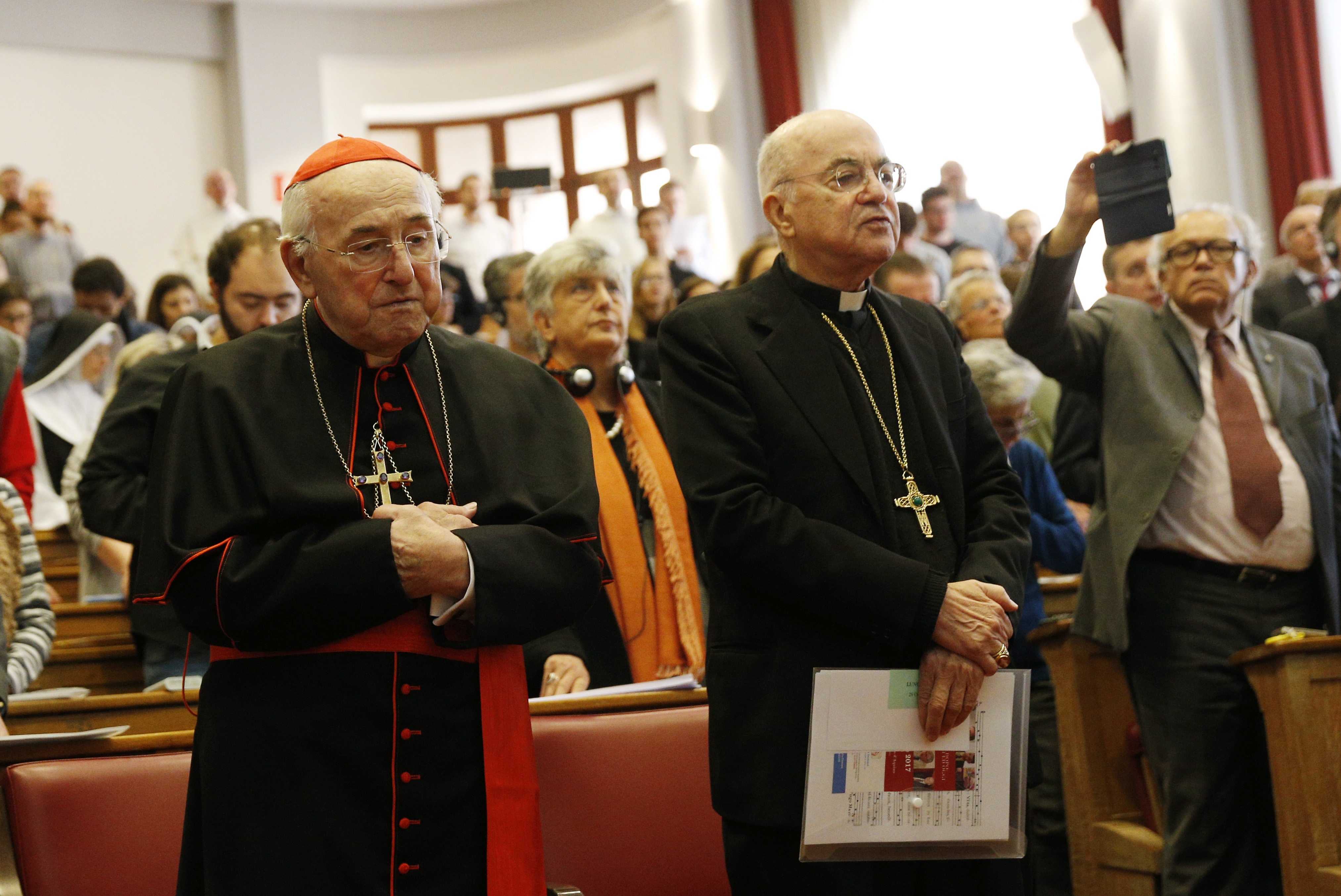 A former apostolic nuncio to the United States has called on Pope Francis to resign over the developing scandal of clerical sex abuse that is casting a lengthening shadow over his visit to Ireland this weekend.

Pope Francis last month accepted Cardinal McCarrick’s resignation from the College of Cardinals and directed the 88-year-old former Archbishop of Washington to observe “a life of prayer and penance in seclusion” until the end of the canonical process against him.

Although Archbishop Viganò says McCarrick had been placed under sanctions by Benedict XVI, Church observers point out that the former Archbishop of Washington continued with an active schedule of pastoral engagements following his retirement.

Archbishop Viganò was sent to Washington as papal ambassador to the United States in 2011. According to Vatileaks letters, Viganò was exiled to the US from an administrative post in the Vatican for whistleblowing on mismanagement of Holy See finances.

He is an ally of the "dubia" cardinals, who have publicly challenged the Pope to correct his family life teaching. Earlier this year he attended a conference of Catholic critics of Francis in Rome where the keynote speaker, Cardinal Burke, set out times when a Pope should be "disobeyed".

Viganò served in Washington until 2016 and towards the end of his tenure was at the centre of a fiasco involving the Pope meeting Kim Davis, a clerk from Kentucky who refused to perform same-sex marriages, during a visit to the United States. A controversial meeting between Francis and Davis took place at Archbishop. Viganò’s residence with the Vatican later emphasised their encounter was not a papal endorsement of her position.

While Archbishop Viganò raised sexual misconduct allegations against McCarrick involving seminarians, he does not claim to have known – or informed the Pope – about evidence of McCarrick’s abuse of minors.

In his 11-page open letter released in during the Pope's visit to Ireland, as Francis prepares to celebrate Mass for half a million people in pouring rain, and published by the Veritas Vincit conservative blog, Viganò goes into substantial detail of what he knew about these sanctions, and subsequent events.

He writes: "Bishops and priests, abusing their authority, have committed horrendous crimes to the detriment of their faithful, minors, innocent victims, and young men eager to offer their lives to the Church, or by their silence have not prevented that such crimes continue to be perpetrated.

"To restore the beauty of holiness to the face of the Bride of Christ, which is terribly disfigured by so many abominable crimes, and if we truly want to free the Church from the fetid swamp into which she has fallen, we must have the courage to tear down the culture of secrecy and publicly confess the truths we have kept hidden. We must tear  down the conspiracy of silence with which bishops and priests have  protected themselves at the expense of their faithful, a conspiracy of silence that in the eyes of the world risks making the Church look like a sect, a conspiracy of silence not so dissimilar from the one that prevails in the mafia. 'Whatever you have said in the dark ... shall be proclaimed from the housetops'," he continues.
He makes numerous statements against many members of the hierarchy, including Pope Francis.

Some commentators pointed out on Twitter that Viganò is a long-time critic of Francis.

Austen Ivereigh tweeted: "After Viganò hit-job, how apt that Francis will be in Knock this morning, in a poor and wretched little village, where Mary is silent, the Lamb and Joseph appear as never before or since, and John the beloved holds the book open at the words 'and the Lamb will be victorious…'."

However, criticism of how the Pope has addressed the crisis in Ireland is growing.

Authoritative writers such as former Tablet editor Catherine Pepinster  pointed out: "The trouble with Pope Francis quoting Benedict XVI on abuse in 2010 talking about just and effective measures is that it stresses how little has actually changed in eight years." She was referring to NCROnline, themselves quoting reaction to Pope Francis' earlier address, where critics are upset that he addressed the crisis but offered no solutions to ending it.

According to survivor Marie Collins, who is among those the Pope met yesterday and who has stated that the Pope has so far failed to come up with an action plan, and that more than "words" is needed, the Church is unwilling to investigate the sex abuse crisis properly because of a fear of a "domino effect" – just how far it goes.