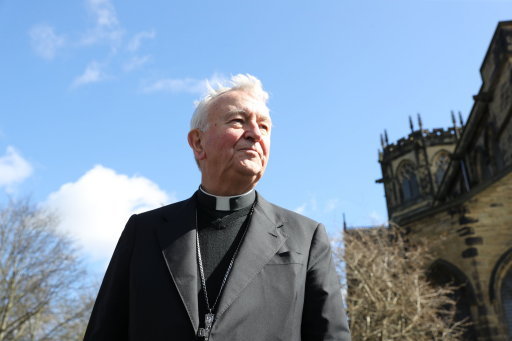 Sex abuse survivors call for investigations in every American state 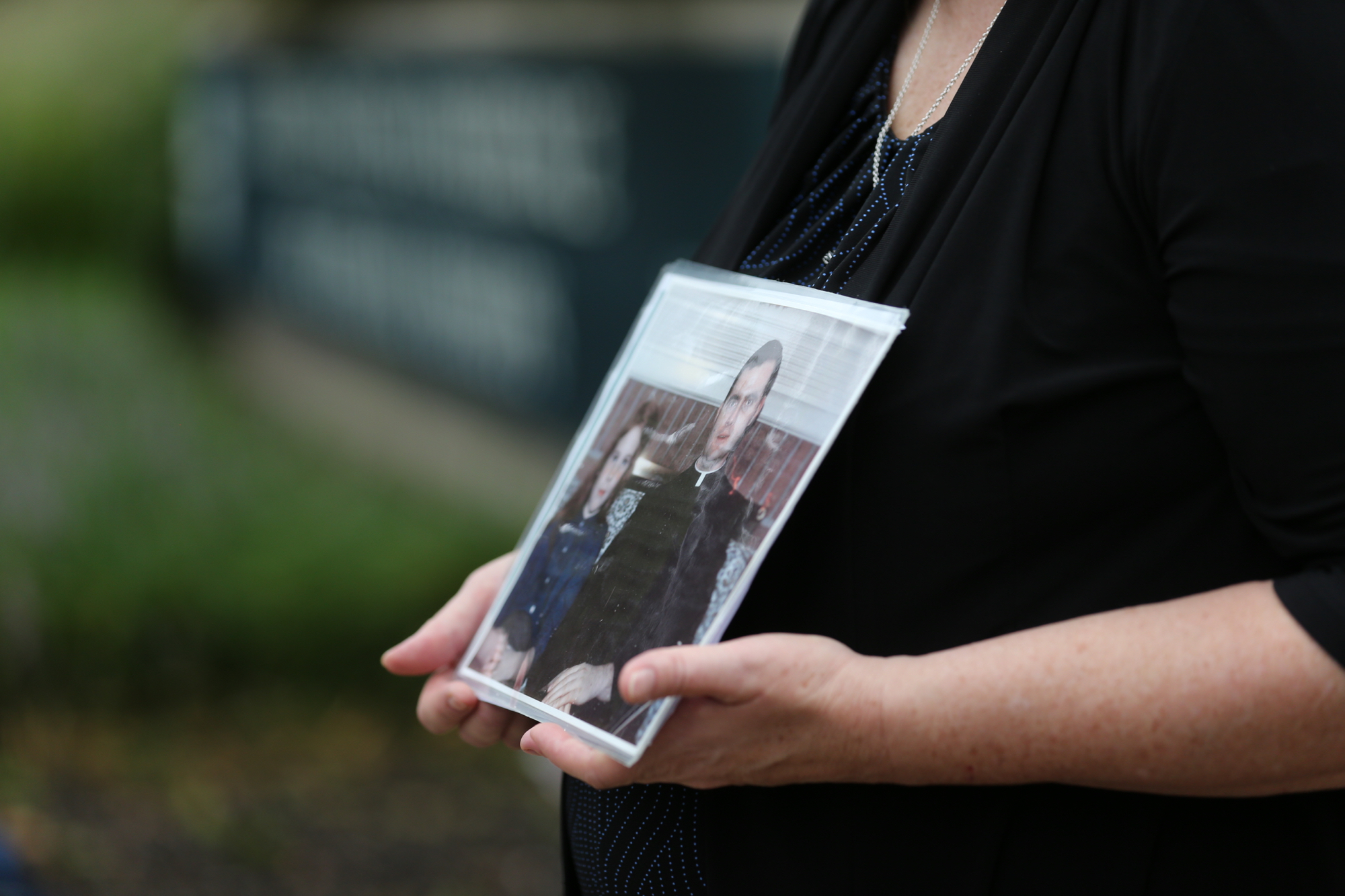 Becky Ianni, Washington and Virginia director of SNAP, holds a photo of herself as a child with a priest outside the headquarters of USCCB. Lanni was allegedly abused by the priest in the photo.
CNS photo/Bob Roller

Some victims of clergy sex abuse in America and their supporters are calling on federal and state entities to investigate sex abuse within the Catholic Church and root out abusers and anyone who has protected them.

Members of the US Survivors Network of those Abused by Priests, known as SNAP, and Voice of the Faithful, a Catholic group that provides support to victims of clergy sex abuse, held childhood photos of sex abuse victims at a news conference Aug. 21 outside the headquarters of the U.S. Conference of Catholic Bishops in Washington.

They said they have contacted the U.S. Department of Justice about investigating sex abuse of children by clerics in the Catholic Church and called on attorneys general in every state to open probes similar to the one carried out by a grand jury in Pennsylvania.

The investigation by the Pennsylvania grand jury, made public in a report released Aug. 14, detailed more than 1,000 claims of alleged sex abuse in six dioceses in the state over 70 years and identified 301 priests who may have committed the crimes. It took almost two years to compile. The dioceses of Harrisburg, Pittsburgh, Allentown, Scranton, Greensburg and Erie were named in the report.

The majority of the cases, however, could not be prosecuted because the statute of limitations, which allows a limited period of time to pursue legal action, had come and gone.

One of the those present at the news conference, Judy Lorenz, whose husband, David, was sexually abused by a priest in Kentucky in the 1970s, also called on Catholics in the pews to take action, by supporting anyone who has been victimized by a member of the clergy, and by joining any public protest against Catholic clergy who may have covered up possible crimes, to stop tithing or donating to the church until those responsible step down.

"I want them to do something," she said. "Stop sitting in the pews."

In a statement, Lorenz called on Catholics to attend an action Aug. 26 at the Cathedral of St. Matthew the Apostle in Washington, the seat of Washington's archbishop, Cardinal Donald W. Wuerl. He has come under fire after the publication of the report. He was bishop of Pittsburgh from 1988 until 2006, and the report criticized his handling of abuse cases during his tenure there.

"If they're upset," she said, referring to Catholics, "show up."

Becky Ianni, director of the Washington, Virginia chapter of SNAP, who also was present at the news conference, said she was "not shocked" by the secrecy and failure to report and prosecute the crimes against minors detailed by the Pennsylvania grand jury.

Ianni told Catholic News Service she was abused by a priest who befriended her family and molested her at age 8. It took her 40 years to be able to talk about it, she said. When she approached her diocese about her abuse, nothing was done, she said.

She said she felt abandoned, began struggling with life and eventually left her Catholic faith. But she now helps other victims and tries to advocate on their behalf to prevent what happened to her, she said.

"As I read the report, I was just so sad thinking of every one of those children who could have been protected," she said.

She said she worried about the victims who are not included in the report, those who did not or could not come forward.

"I want them to know that we believe them, and we support them," she said, encouraging anyone who is suffering to seek help and support from groups such as SNAP.

Lorenz and Ianni said that even though they don't attend the Catholic Church anymore, they have family members who are still part of the faith and they want the best for church members. But neither one seemed encouraged by the statement Pope Francis made Aug. 20.

In a letter addressed "to the people of God," the pope said that "no effort must be spared" to prevent future cases of clerical sexual abuse and "to prevent the possibility of their being covered up."

They have heard "words" from past popes before, Lorenz and Ianni said, but the church needs actions, specifically, that all dioceses in the U.S. post names of accused clerics on church websites, as well as where they are now, and support state laws that extend or get rid of statutes of limitations for victims of child sex abuse, they said

The same day as SNAP's Washington news conference, members of the organization held a news conference in front of the headquarters of the Diocese of Erie, Pennsylvania. Erie Bishop Lawrence T. Persico invited the group onto the diocese's St. Mark Catholic Center property and attended the news conference.