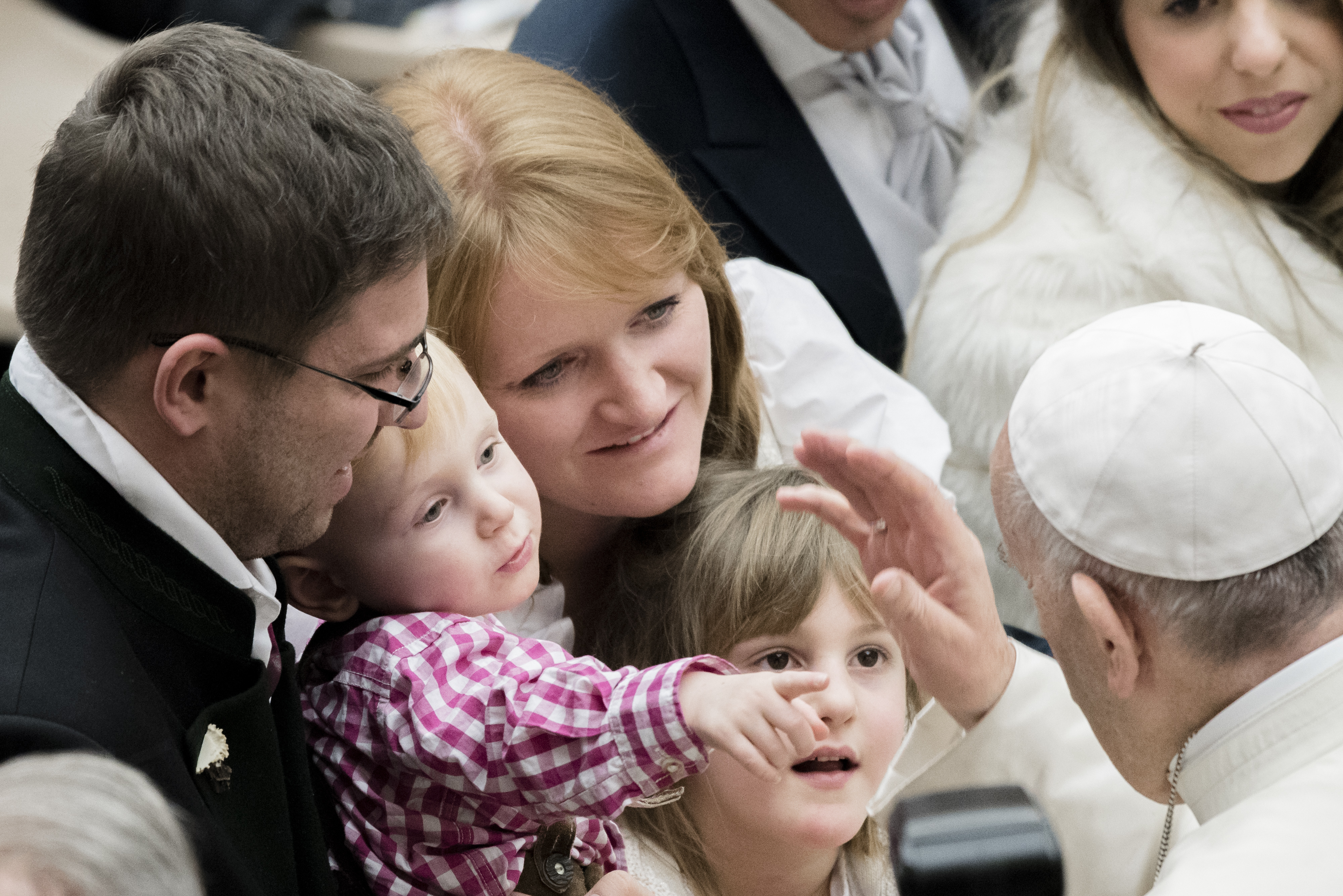 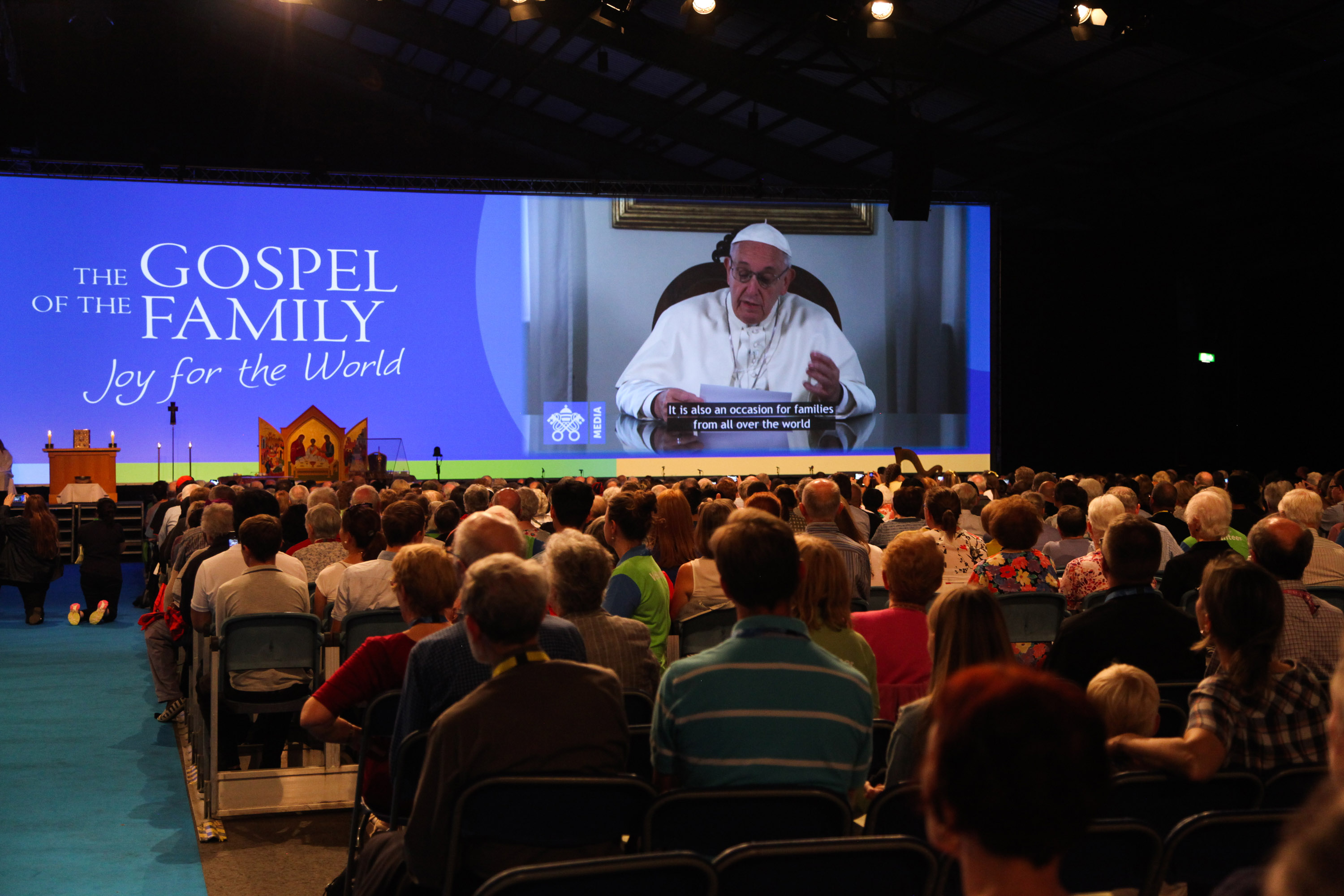 Pope Francis released a special video message ahead of his visit to Ireland this weekend in which he expressed the hope that his journey would further reconciliation and unity on the island.

The video was played to the hundreds of pilgrims who attended the official opening liturgy of the Ninth World Meeting of Families at the Royal Dublin Society (RDS) in Dublin on Tuesday evening.

The ceremony, which was attended by delegates representing the Irish Church’s 26 dioceses, as well as Catholic groups involved in promoting marriage and the family and some of the 15,000 international pilgrims who are attending the gathering, was presided over by Archbishop Diarmuid Martin of Dublin and Cardinal Kevin Farrell, Prefect of the Dicastery for Laity, Family and Life.

In his message, the Pontiff said that though his specific reason for visiting Ireland was the World Meeting of Families, he added, “I would like to include all the members of the Irish family”.

In a message to the people of Ireland north and south, he prayed that the visit might “further the growth of unity and reconciliation among all Christ’s followers, as a sign of that lasting peace which is God’s dream for our whole human family”.

Breaking into English, the Argentinian Pontiff said he was “excited at the thought of returning to Ireland”. Francis spent time in the country in 1980 when he lived with the Jesuits in Dublin while studying English.

“As you know, the World Meeting is a celebration of the beauty of God’s plan for the family. It is also an occasion for families from all over the world to meet and support one another in living out their special vocation,” he said.

He continued, saying that families today face “many challenges in their efforts to embody faithful love, to bring up children with sound values and to be a leaven of goodness, love and mutual concern in the larger community”.

It is in this context that Francis said he hopes the festival will be “a source of renewed encouragement to families everywhere, especially those families that will be present in Dublin".

"May it remind us all of the essential place of the family in the life of society and in the building of a better future for today’s young people," he said.

Sounding a little like John Paul II when he visited in 1979, he continued, “Young people are the future!” and he stressed that it was important to build a better future for today’s youth.

Pope Francis video message released ahead of the meeting

Meanwhile, in the RDS on Tuesday evening, Archbishop Diarmuid Martin of Dublin said the family is not “a remote ideological notion” but a place where compassion, kindness, gentleness, patience and forgiveness are learned, practiced and spread.

The Archbishop, who is president of WMOF2018, defended the gathering from those critics who accuse it of being “ideological gathering to celebrate a type of family which probably does not exist”.

Signalling a shift by the Dublin event away from such perceptions, the Archbishop said that “whatever of the past, here in Dublin the World Meeting is something much more profound” which was to reflect the words “You are God’s chosen race; he loves you”.

Last Saturday, former president of Ireland, Dr Mary McAleese accused the World Meeting of Families in an interview with RTE Radio’s ‘Marian Finucane Show’ of being a “right-wing rally” which was designed for the purpose of rallying people “to get them motivated to fight against the tide of same sex marriage, rights for gays, abortion rights, contraceptive rights”.

Flanked by Cardinal Kevin Farrell, Prefect of the Dicastery of Laity, Family and Life, Archbishop Martin said the opening ceremony was the culmination of months of preparation.

On the day that the Vatican confirmed that Pope Francis would meet victims of church abuse in Ireland, the Primate of Ireland prayed for those from whom the love of a family was “stolen through abuse or neglect”.

“Over my lifetime, family life has changed,” he said and added that families in Ireland today have many opportunities and many new challenges and that these would be looked at over the next three days in the RDS.

He acknowledged that while families try to realise that the ideals of compassion, kindness, gentleness, patience, in reality, things are not so easy. Tensions arise. People struggle. People fail. People are unfaithful. “Families can be places of violence and harshness,” he admitted.

In a spirit of encouragement, he thanked God for the immense sacrifice that exists in the love within families.

In tandem with the ceremony in the RDS, each of the Irish Church’s 26 catholic dioceses held their own liturgies to mark the occasion and sent representatives to take part in the RDS liturgy.

Today, Archbishop Eamon Martin will give the keynote address in the RDS. He is replacing Cardinal Donal Wuerl of Washington who was due to speak but the US prelate announced at the weekend he was withdrawing following criticisms of his handling of cases of clerical abuse while he was bishop of Pittsburgh in the report published by Pennsylvania’s Grand Jury. 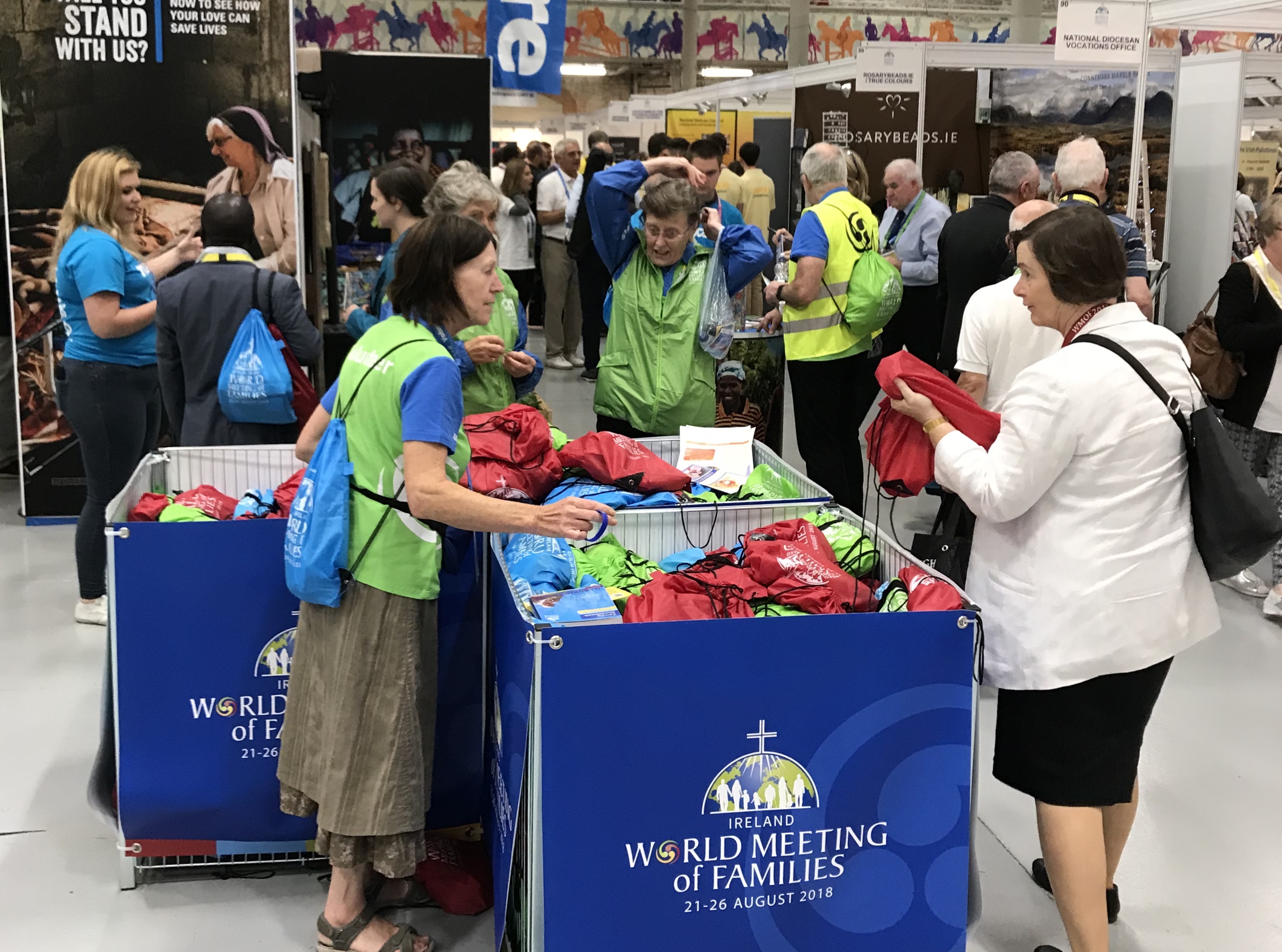