After the vote, the bishops' conference said it was time to address the 'new divisions developing between us' 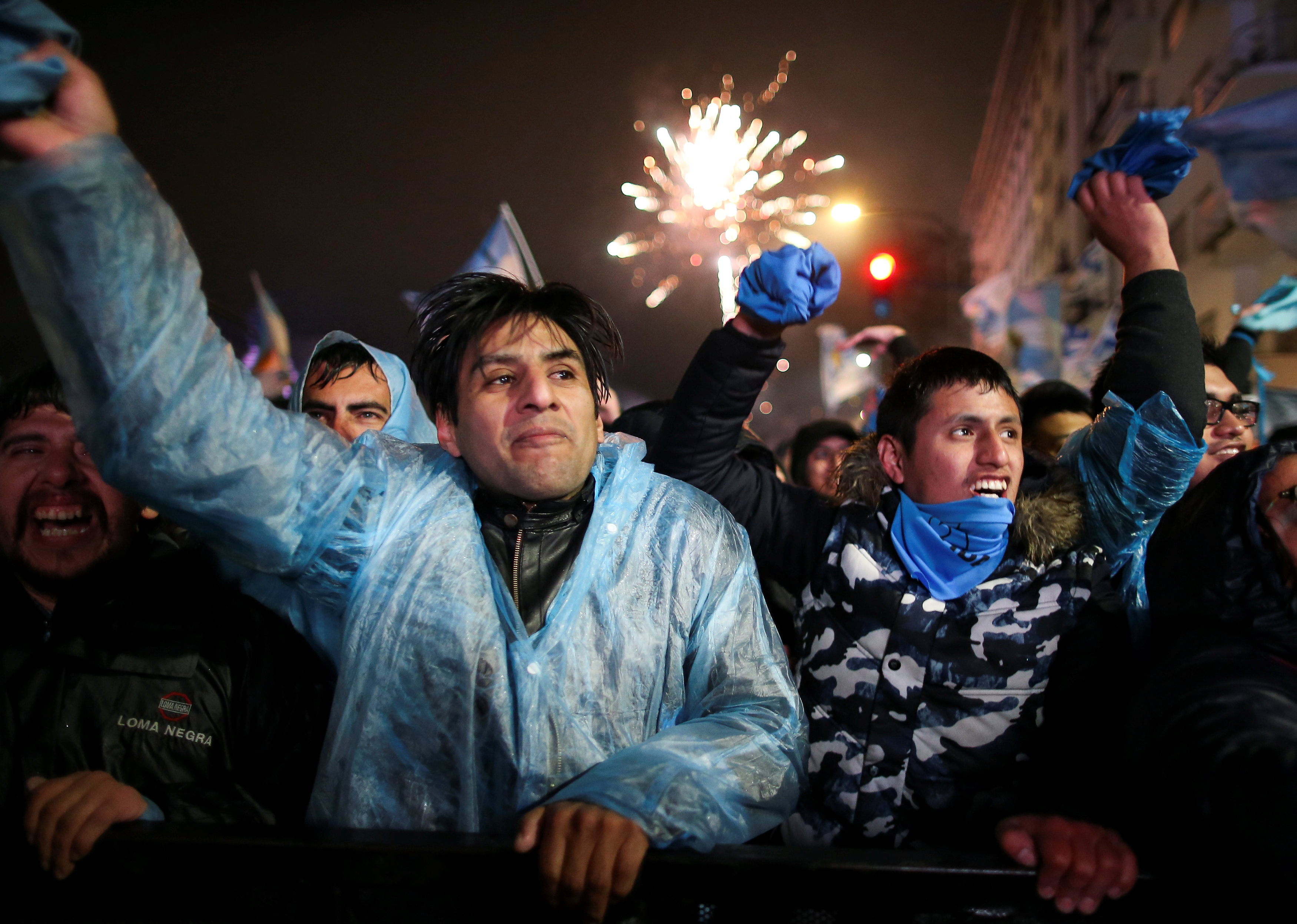 Pro-life advocates celebrate in Buenos Aires, Argentina, Aug. 9 after lawmakers voted against a bill that would have legalized abortion
CNS photo/Agustin Marcarian, Reuters

The Argentine Senate voted against a bill that would have decriminalised abortion during the first 14 weeks of pregnancy.

Senators voted 38-31 against the measure early on 9 August following a 15-hour debate. The measure had been approved in June by the lower house of Congress.

The Argentine bishops' conference hailed the vote, saying the debate in the country opened an opportunity for dialogue and a chance to focus more on social ministry.

The Senate debate revealed deep divisions in Argentina, where support for decriminalising abortion drew stronger support in Buenos Aires, the capital, than in the more conservative provinces. Observers attributed that difference to the bill being voted down in the Senate, which includes more representation from outlying areas.

The vote came as a movement of women and supporters of the measure -- wearing green handkerchiefs -- filled the streets outside the Congress as voting occurred. Catholics, meanwhile, celebrated the Eucharist.

"Everyone had time to express their viewpoints and be heard by legislators in a healthy democratic exercise. But the only ones that didn't have an opportunity de make themselves heard are the human beings that struggled to be born," Cardinal Mario Poli, Pope Francis' successor in Buenos Aires, said Aug. 8 in his homily at a what organizers called a "Mass for Life."

In an acknowledgment that the church could be doing more to work with women, Cardinal Poli said, "We have done little to accompany the women when they find themselves in tough situations, particularly when the (pregnancy) is the result of rape or situations of extreme poverty."

In a statement after the vote, the bishops' conference said it was time to address the "new divisions developing between us ... through a renewed exercise of dialogue."

"We are facing great pastoral challenges to speak more clearly on the value of life," the bishops said.

More than 75 percent of Argentines still consider themselves Catholic, but the opposition to the abortion bill also came from Protestant and evangelical congregations, prompting the bishops' conference to acknowledge that "ecumenical dialogue and inter-religious dialogue has grown at this time of joining forces to protect life."

Analysts in Argentina say church opposition to the abortion bill started somewhat quietly as the measure was not expected to pass the lower house. Pope Francis, a native of Argentina, also largely stayed on the sidelines, except for a strong denunciation of abortion in June. At the time he said, "Last century, the whole world was scandalised by what the Nazis did to purify the race. Today, we do the same thing but with white gloves."

"When the lower house result occurred, (the hierarchy) started to understand something similar could happen with the senators so the Argentine church and various movements and associations became frontally against the bill," said Jose Maria Poirier, publisher of the Catholic magazine Criterio.

"It's created tension" in the Argentine church "that the pope has not intervened directly," he added.

Argentine President Mauricio Macri had promised to sign the bill into law had it been approved. Observers said the relationship between the Catholic Church and Macri had deteriorated somewhat as the pope's statements on economic matters were not well received as president tried to implement difficult economic reforms in recent months.