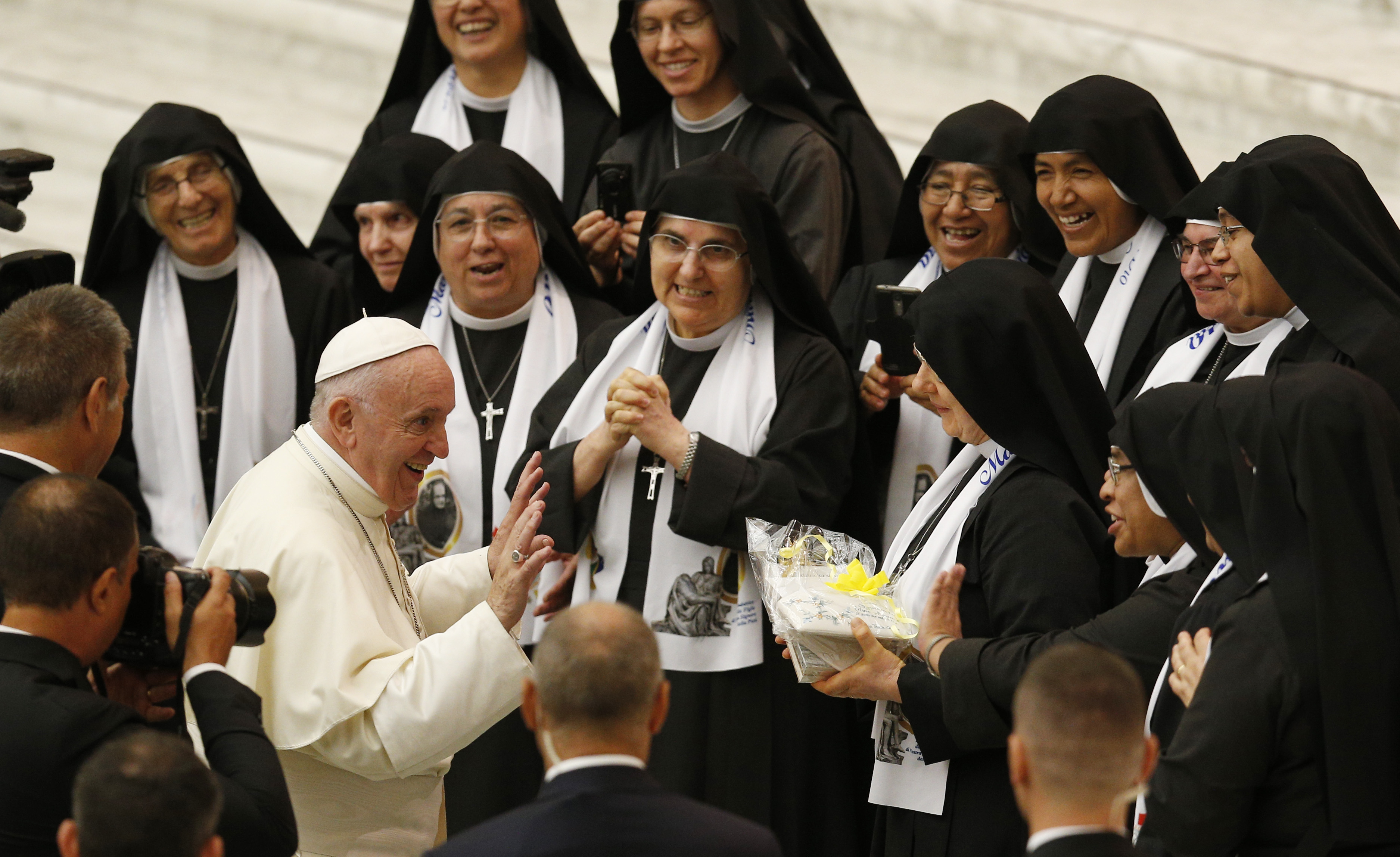 A new era for relations with the Netherlands, the outgoing Dutch ambassador to the Holy See talks to Christopher Lamb

'What we’ve been able to do over the last four years is start a new chapter of collaboration, and to look at what we do have in common' 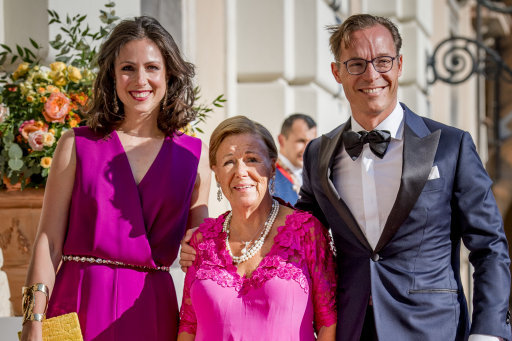 Prince Jaime and Princess Viktoria of Bourbon-Parma pictured with Princess Christina of The Netherlands (centre)
Photo by Robin Utrecht/ABACAPRESS.COM

In 1985 Pope John Paul II undertook a testy and difficult trip to the Netherlands amid protests and indifference. It was not considered a success.

Three decades on, and against the odds, the relationship between the Holy See and the Netherlands has entered a new and much improved phase, according to the Dutch ambassador to the Vatican, Prince Jaime of Bourbon-Parma, who is about to move to a posting working at the United Nations in Geneva.

His four years in Rome saw the first ever state visit last year by the Royal Family of the Netherlands to the Pope, collaboration between the two states on peace efforts in Syria, joint work to combat climate change and a unique exhibition of Rembrandt etchings in the Vatican museums.

“Before, the image my country had of the Holy See was dominated by what we don’t have in common, and I think that was also true vice-versa,” he told me in his apartment, which is decorated with photos of him with his young family and Pope Francis, and a picture of the only Dutch Pope - and the last non-Italian pope until John Paul II was elected 455 years later - Adrian VI.

“What we’ve been able to do over the last four years is start a new chapter of collaboration, and to look at what we do have in common. And the current global humanitarian and environmental challenges are so big that its all hands on deck, we all need to put our shoulders behind it together. This realisation is shared by the Netherlands and the Vatican.”

The game changer, the 45-year-old ambassador says, has been Pope Francis, whose focus on applying the gospel to helping migrants, defending the environment and alleviation of poverty corresponds neatly with the agenda of the Dutch foreign ministry. And it hasn’t just been policy; the Pope’s personal touch - such as always asking after his two young daughters and remembering their names - has also helped build bridges.

Over the last four years, Ambassador Bourbon-Parma explains, they have had more visits from ministers - including from Prime Minister Mark Rutte - than in the last 30 years.

“The Pope is not only head of the Church, but also head of a country - the Vatican - which has an active diplomatic service. Together with its Dicastery of Integral Human Development (its ‘Ministry of Development Cooperation’), Vatican diplomats and its clergy, it works across the world on peace, on climate negations, on migration, on human rights, on poverty alleviation and even engages in discussions on the future of Europe.”

“These are six topics that are central to Pope Francis, but also to the Ministry of Foreign Affairs of the Netherlands. While the Vatican and the Netherlands are not alike, on these topics we can be complementary.”

Differences over such thorny issues as gay rights and contraception remain, the ambassador explained, but building a “relationship of trust” has opened up the way to dialogue.

“Once you start your collaboration and build trust, you can also deal with the more thorny issues where you differ of opinion. But no longer in a debate, but in a real dialogue.”

“When you have a dialogue you need to be open that the other one might have a point, and you can only do that once you have trust.”

Jaime Bourbon-Parma is a Catholic and a member of the Dutch royal family - his mother is the sister of former Queen Beatrix - has worked for his country’s foreign ministry serving in postings such as Iraq and Afghanistan.

“I’m here as a career diplomat, and have spent 16 years in foreign affairs. I was very conscious never to make use of my family titles, but earn my own stripes and credibility,” he says.

“Sometimes a title, like that of an ambassador, might open a door but it only stays open if you have something to deliver.”

During our discussion we stand up to look at a Rembrandt etching of St Peter and St John healing a cripple, while bishops stand outside a basilica in the background, one of the works which went on display in the Vatican museums which the ambassador helped organise.

The Dutch artist’s focus on the marginalised and the suffering in his art corresponds to Francis' agenda but show the potency of faith cannot be confined inside the Church’s walls. It is this vision of faith that appeals to the Dutch where although just over 20 per cent of the population are Catholic the country is one of the most secular in Europe.

Rembrandt also managed to bridge the divides of Christianity. The Protestant son of a Catholic mother, he possessed a deep faith yet didn’t belong to any church; and though from northern Europe, he always drew heavily on Rome’s Baroque tradition.

Those religious divisions are a big part of Dutch history where the fight for independence was also a fight for freedom of religion against the Catholic Spanish, Habsburg rule which was trying to repress Protestantism. This lingering scepticism about Catholicism was part of what made the 1985 visit of John Paul II very difficult.

Ambassador Bourbon-Parma knows first hand about religious divides. When his mother became a Catholic at the time of his marrying his father, Carlos Hugo, Duke of Parma it sparked a constitutional crisis.

“At the time it was a scandal: a Dutch royal becoming a Catholic,” he said. “Today this would not lead to a scandal. Secularism has increased, but also tolerance between Protestants and Catholics.”

The current King, Willem-Alexander, is married to a Catholic, Queen Máxima, who is from Argentina.

After they met the Pope last June they were presented with a staff belonging to William of Orange, used at the 1574 Battle of Mookerheyde when Dutch forces were defeated by Spanish troops.

It ended up in the archives of the Spanish Jesuits in Catalan and was largely forgotten until the ambassador heard about its existence. By coincidence the military museum of the Netherlands was also trying to track it down and it is now on display there at an exhibition.

The return of the staff, he says, is a reminder that while Catholicism had become entangled with military struggles in the past, the focus today is for the Church to bring unity between Christians and build bridges with other religions.

During his time in Rome, the ambassador has operated largely as a one-man band assisted by a tiny, but dedicated staff, but has won the respect of his diplomatic peers and the Holy See.

One of the common goals he worked with the Vatican over concerned the dreadful situation in 2016 in Aleppo, Syria, where he approached the Vatican to see if the Pope would publicly call for a ceasefire. The ambassador had been approached by two charities working in the region explaining aid organisations could not get help through to civilians.

“Just before the weekly public audience of the Pope, Mgr Gallagher [the Holy See’s Foreign Minister] called me back and said that Pope Francis in four minutes was going to speak out for a humanitarian ceasefire, in line with the plea of aid agencies. A few days later there was a ceasefire and aid organisations could go in to assist the evacuation of families.”

“The Pope wasn’t the only one calling for a ceasefire, but he was the only global leader who didn’t have any geo-political or economic interest in the region, so I definitely think that his appeal did make that difference.”

In his new role, the ambassador will be on loan to the United Nations refugee agency where he will be working with the private sector on providing access to education, healthcare and finance for migrants. In this job, he explains, the task is to bridge two different worlds: on the one hand an enormous, multinational, intergovernmental agency and on the other big business.

Four years of bridging the divides between a secular northern European country like the Netherlands and the Holy See makes him particularly well suited to this new task.