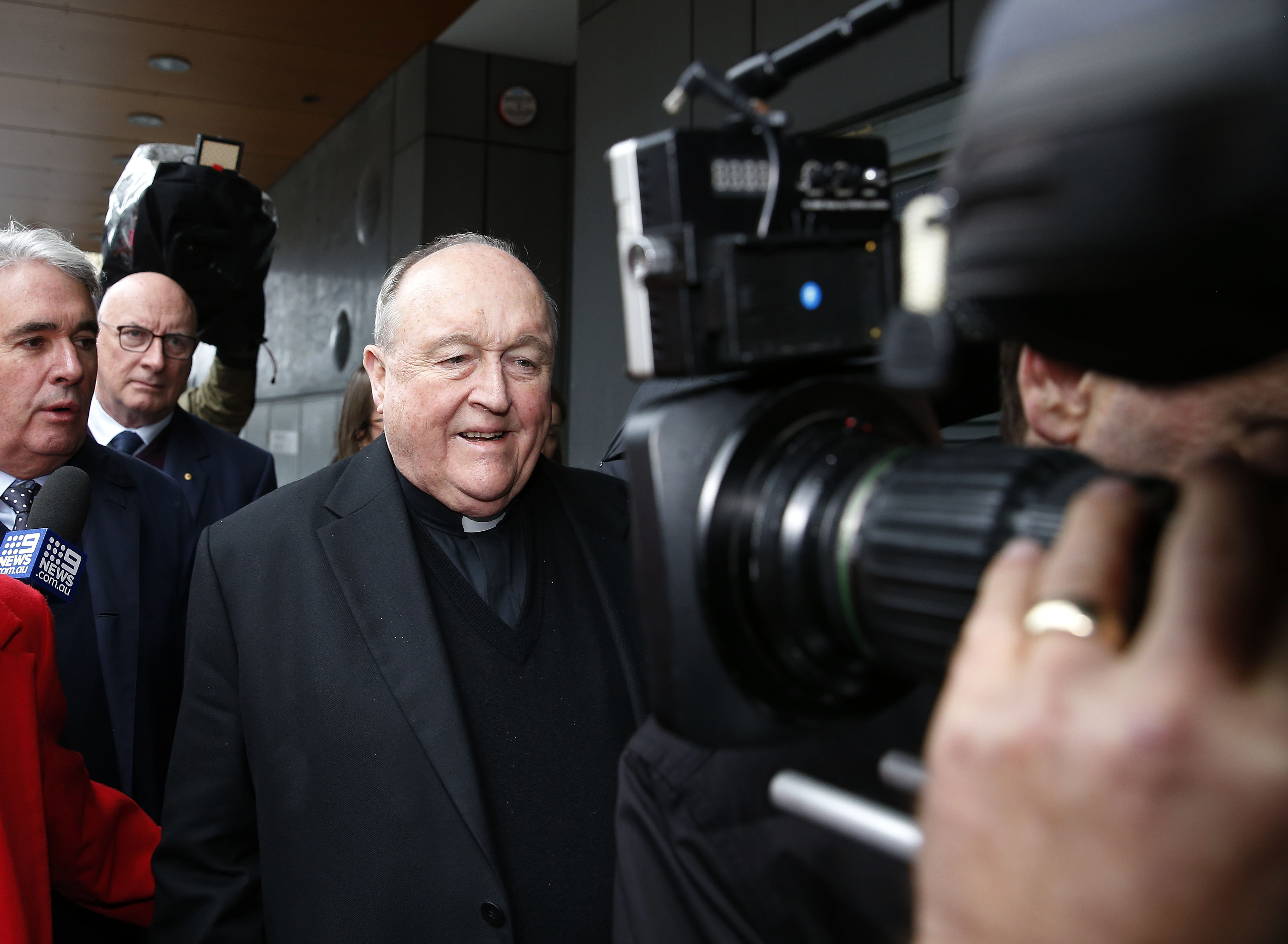 'Woe to the Shepherds' say priests who preach on McCarrick 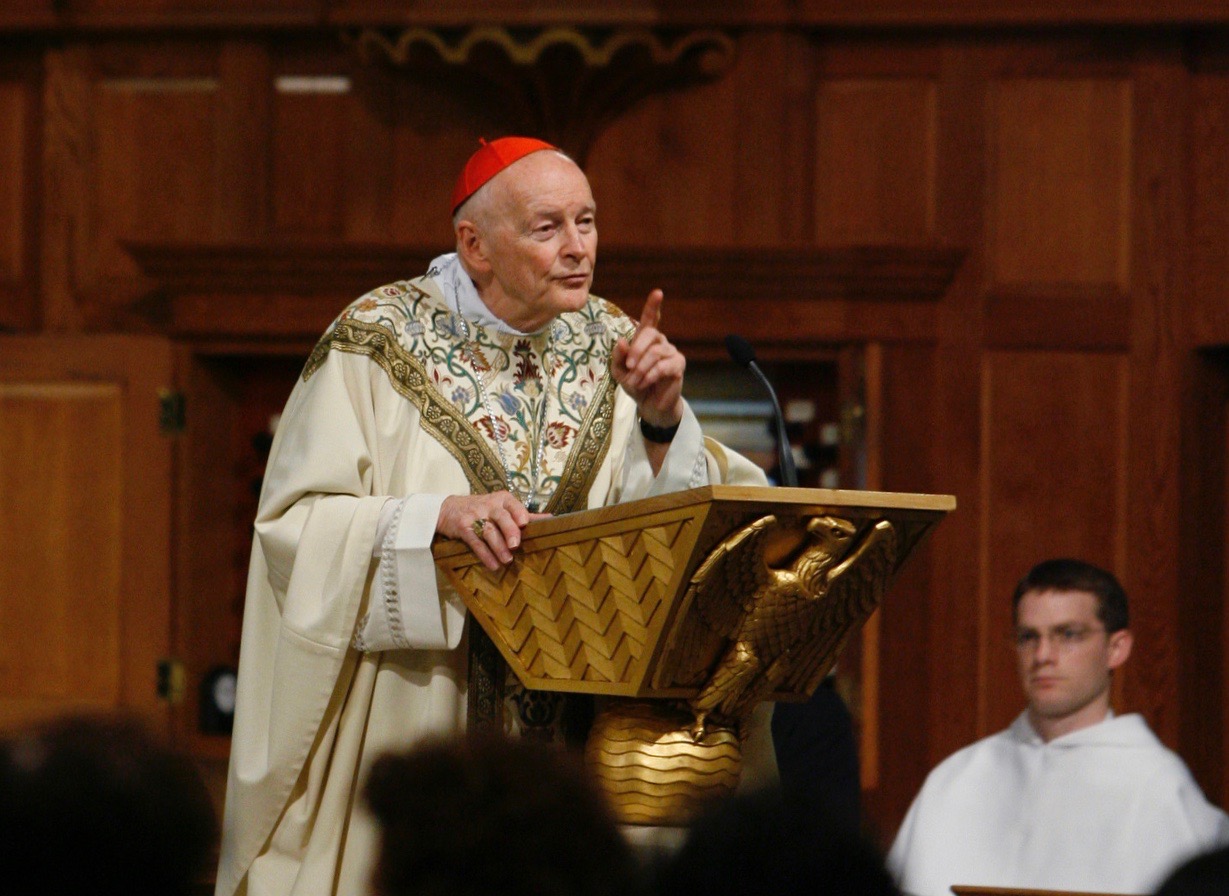 Cardinal Theodore E. McCarrick, retired archbishop of Washington, delivers the homily in 2009 at the Basilica of the National Shrine of the Immaculate Conception in Washington
Photo: CNS/Nancy Wiechec

For his homilies on the weekend of July 21-22, Father Edward Looney, administrator of two rural Wisconsin parishes, planned to preach about ways to include God on summer vacation.

His rough outline was scribbled on Post-it notes.

But during the Saturday evening Mass when he heard the opening lines of the first reading from Jeremiah, the priest switched gears, deciding he had to say something about sexual abuse allegations against now former Cardinal Theodore E. McCarrick, retired archbishop of Washington.

"Woe to the shepherds who destroy and scatter the flock of my pasture," the passage from Jeremiah 23 begins.

It goes on to deliver harsh words for shepherds who have not cared for their sheep and says they will be punished for their evil deeds.

The message was not lost on Father Looney, who was ordained in 2015 and is frequently a guest on EWTN Radio's "Morning Glory" program.

"I thought about it and when I got to the ambo I knew it was a game-time decision" for a new homily, he told Catholic News Service.

So, for the 4 p.m. Mass July 21 at St. Peter and St. Hubert Parish in Rosiere, Wisconsin, and subsequent Masses there and at St. Francis and St. Mary Catholic Church about 10 minutes away in Brussels, the priest linked the Old Testament passage with the current situation in the church.

He urged parishioners to pray for all affected by recent abuse allegations, for anyone who had been abused and also for the "perpetrator" to come to a point of repentance, admitting guilt and asking forgiveness of God and others.

He said the issue is close to home because a priest had been found guilty of sexual abuse years ago in a neighbouring town.

Father Looney put his homily on social media, as he often does, and one person who responded thanked him, saying he had been an abuse victim and hadn't lost faith in the church, which he still prayed for, but had lost faith in priests.

About 700 miles away, the same reading that inspired Father Looney also moved inspired Father Alek Schrenk's homily in Butler, Pennsylvania. Father Schrenk, parochial vicar of three small parishes – St. Michael, St. Paul and St. Peter – said that in light of the first reading he didn't see how he couldn't address the abuse allegations, noting that he was still struggling to deal with it "just as much as anyone."

The priest, who was ordained just last year and will get a new assignment in the fall with the reorganisation of parishes in the Pittsburgh Diocese, said he felt the need to speak out about "abuse of power in the church," especially since it is on many people's minds locally with the upcoming release of the grand jury report on an investigation of clergy sexual abuse claims, many decades old, in the Pittsburgh Diocese and five other Pennsylvania dioceses.

He also said he thought parishioners needed to hear a priest speak about this situation honestly and "give them a lens to look at it through faith."

After Mass, the feedback was uniformly positive, he said, and a lot of people told him it took a lot of courage.

It was a homily he had prepared, writing it out to be sure he had the phrasing correct because he didn't want to turn his parishioners against church leaders, he said. But when he read it at the first Mass, he felt emotional, with what he described as righteous anger.

"I felt betrayed as a priest," he told CNS.

One parishioner told him he was glad he hadn't pushed the issue under the rug. Another person, visiting from the Diocese of Erie, Pennsylvania, said he came from a parish where his pastor had been removed because of abuse and asked for a copy of the homily to so he could send it to his family.

Father Schrenk said the situation is discouraging but he said it also can make people realise "we can do something to repair the damage. We can take what's so good about the church and salvage that and highlight that."

The priest, who was in seventh grade when the church abuse crisis was headline news, said it "has become more obvious that the road to healing is longer than we thought" and requires "a systemic overhaul."

In the Washington Archdiocese, which Archbishop McCarrick led from 2001 until his retirement in 2006, some priests mentioned the abuse allegations that first weekend after they were made public June 20. Others spoke about it the weekend of July 28-29 after the Vatican announced that Pope Francis had accepted Cardinal McCarrick's resignation from College of Cardinals and ordered him to maintain "a life of prayer and penance" until his canonical trial.

Conventual Franciscan Father Matt Foley, a weekend presider at St. Rose of Lima Parish in Gaithersburg, Maryland, said in his July 29 homily that it had been a "rough couple of weeks" for Catholics and said the response to the current news should be to "redouble our faithfulness" and remember "we are not alone in our life of faith."

Deacon Greg Kandra, of Brooklyn, New York, and author of "The Deacon's Bench" blog, also felt compelled to speak about Archbishop McCarrick in a homily, even though he was not scheduled to preach the July 28-29 weekend.

He published the homily he would have given on his blog, which was shared thousands of times and posted on the Facebook page of one parish.

In his reflection, he referred to the first official observance of the feast of Blessed Stanley Rother, a priest from Oklahoma who served as a missionary in Guatemala during its civil war when priests and religious were often targeted. The priest, who was attacked and killed in the rectory in 1981, had told his family he couldn't leave because "a shepherd doesn't run at the first sign of danger."

Deacon Kandra said those words are good to remember, especially now, "because the headlines the last few weeks have made something all too clear: Too many of our shepherds ran. They looked the other way. They enabled sin."

"Many people have written to me, outraged, the deacon said. "They are angry. They feel betrayed. But there is something else they feel. Like the thousands of people in the Gospel we just heard, they feel hunger. They are hungry for justice. Hungry for accountability."

He noted that we live in "treacherous, traitorous times" and that "things may get worse before they get better. But they will get better. They will."