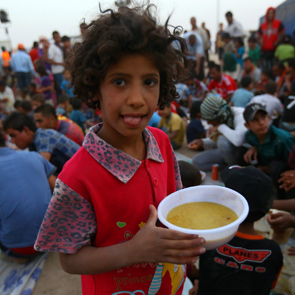 Two nuns disappear from Mosul as Iraq's bishops plead 'Save us!'

Catholic school governors have criticised the National Governors’ Association (NGA) for advocating the abolition of compulsory Christian assemblies in schools.

The NGA decided to call for the abolition of laws that say daily worship is compulsory in schools at the most recent meeting of its policy committee, claiming that few schools met the requirement and that it was “meaningless” in communities where the majority were not Christian.

Elizabeth Mills, a Catholic who was governor at Henry Box School in Witney, Oxfordshire, a state comprehensive, for nine years and previously governor at Christ Church primary school in Regents Park, London, criticised the decision, saying that a period of reflection in a busy day was for good for students, whatever their faith.

“We live in chaotic times. Many young people are denied the opportunity for quiet and learning a bit about their place in the world. Learning about the Christian faith – even for non-believers – helps all to become engaged with shared values and community life,” she Ms Mills, adding that removing worship in schools was part of a general trend to marginalise Christianity.

“Removing an act of worship is another act of vandalism being encouraged by secular forces who will be the first to shout ‘shame’ as our children become increasingly selfish,” she said.

Carmelite priest, Fr Wilfrid McGreal, former chairman of governors at St Matthew’s Academy, a Catholic school in Blackheath, south-east London, agreed, saying: “There has always been a tradition of gathering pupils together to help them to pray. If this is eliminated it disassociates young people from contact with the spiritual and the transcendent. To undermine this link is a negative and an impoverishment.”

He added: “There can be a problem finding someone to lead an assembly but in a school there is always a person who can who is committed to Christian ideals in their life, even if they are not Christian themselves.”

The Catholic Education Service (CES) said that the current arrangements were flexible enough to accommodate community schools with pupils from a diverse range of faiths.

“We support the long standing arrangements for collective worship in community schools, the abolition of which would fail to appreciate over 1,500 years of Christian tradition in England,” a CES spokeswoman said.

Emma Knights, chief executive of the NGA who is also a Catholic foundation governor, said that worship was important in schools that had a religious character, adding: “However it is not reasonable to expect schools which do not have a religious character to conduct a daily act of collective worship.”