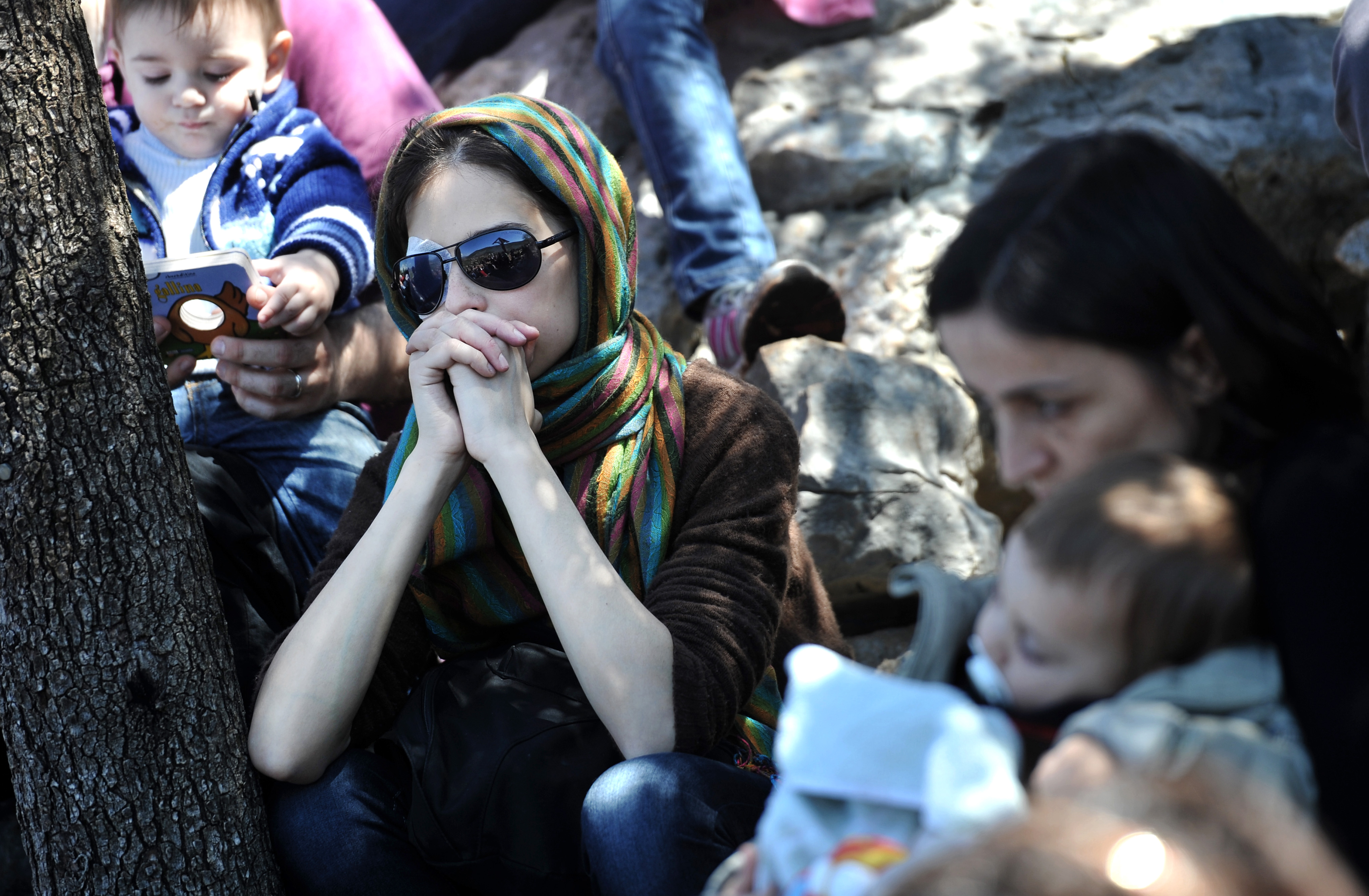 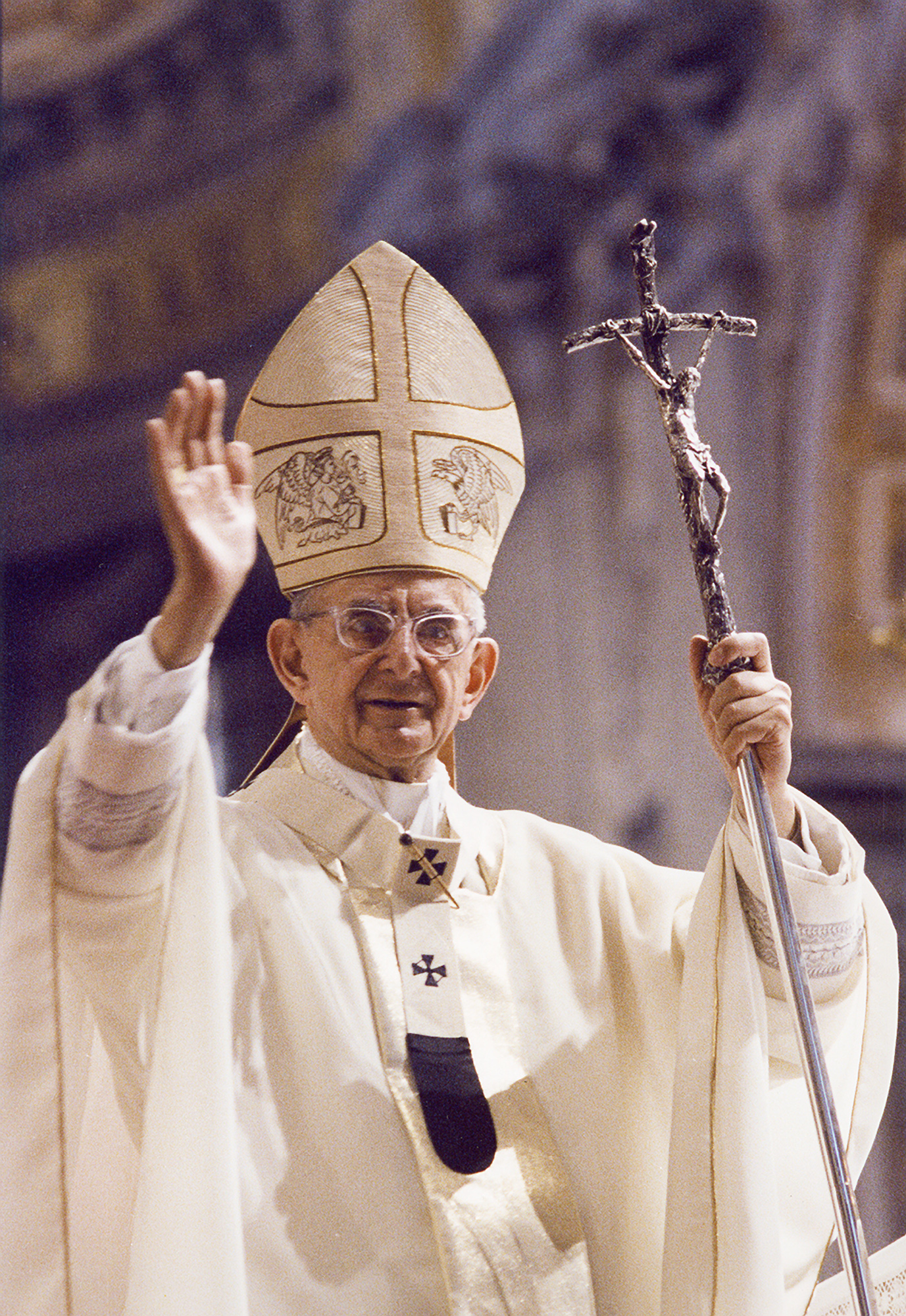 Pope Paul VI is pictured in this undated photo. It is the 50th anniversary of the late pope's landmark encyclical, 'Humanae Vitae'
Photo: CNS photo/Vatican Media

The Church should stop arguing over the rights and wrongs of artificial contraception but instead find ways to help people live out the teaching of Pope Paul VI, according to the leader of a commission set up by Pope Francis to study Humanae Vitae.

Mgr Gilfredo Marengo, who co-ordinated a research group examining material in the Vatican secret archives on the compiling of Paul VI’s controversial encyclical, said there was an urgent need for pastoral work because “objectively what Humanae Vitae says” is “very distant” to many people.

“Today we have a difficulty in accompanying families pastorally on the path marked out by Humanae Vitae. Perhaps if all those years we had invested more energy on this pastoral path instead of debating, in a strict way, if Humanae Vitae is right or Humanae Vitae is wrong, maybe today we would be in a better place,” Mgr Marengo said.

Today marks exactly half a century since Paul VI released one of the most controversial encyclicals of recent times, re-affirming the Church’s opposition to artificial contraception. Its release was met with fierce criticism from inside the Church and, fifty years on, the evidence suggests it is a teaching largely ignored by Catholic laity.

According to a 2014 poll by Univision 79 per cent of Catholics across the world favour the use of contraception, a figure that rises to more than 90 per cent in the Pope’s home continent of Latin America.

At the same time there have been a growing number of voices inside the Church defending the encyclical, in particular where it argues that contraception is “intrinsically wrong” and should be “absolutely excluded” in all cases. Last month 500 priests in England signed a letter stating their full support for Humanae Vitae.

But the task for clergy today, Mgr Marengo stressed, is to “find paths” that show couples how to live out the teaching of Humanae Vitae and he added that Paul VI saw his encyclical as “not something against the family, the couple and love, but as an opportunity for [discovering] a deeper truth, beauty and experience.”

Currently working as a theology professor at the John Paul II Pontifical Theological Institute for Marriage and Family Sciences, Mgr Marengo wrote his doctorate on Saint Thomas Aquinas at Rome’s Lateran University under the supervision of Angelo Scola, later the Archbishop of Milan.

The chancellor of the John Paul II institute is Archbishop Vincenzo Paglia, who is also President of the Pontifical Academy for Life and an ally of the Pope on marriage and family life matters.

Earlier this year, Archbishop Paglia told The Tablet Paul VI’s encyclical needs to be “re-read” in the context of contemporary issues such as surrogacy, genetic modification and the ability of scientists to create new life in laboratories, and move away from a narrow discussion about the use of contraception.

Mgr Pierangelo Sequeri, who is president of Archbishop Paglia’s institute, has also warned against the “ideological tone” of the debates over contraception while pointing that Paul VI was aware of the “insuperable difficulties” involved in applying the Church’s teaching.

While Mgr Marengo supports the teaching against artificial contraception, he said the focus should now be on how to apply the encyclical.

“I believe that the fiftieth anniversary of Humanae Vitae could be an opportunity to end this polarisation which is not good, and does not do any good for the life of the Church,” Mgr Marengo told The Tablet. “These polarisations are harmful.”

He explained that the document needed to be read and understood in a contemporary context and particularly in light of the Pope’s marriage and family life document, ‘Amoris Laetitia’. That text, Mgr Marengo argues, reconnects papal teaching with the pastoral side of Pope Paul’s encyclical.

“Humanae Vitae is an important document in the teaching of the Church and the Popes who have come after the encyclical took charge of reading it, rereading it and deepening it,” he explained.

“No document remains as a kind of monolith, sitting there like furniture. We must obviously not change what is said, but what the church is doing progressively, through the magisterium, is assimilating it, making it its own, and deepening it.”

When the Pope asked Mgr Marengo and a commission to look at the Vatican’s secret archives into the compiling of Humanae Vitae, it was met with alarm in traditional Catholic quarters that Francis was trying to covertly undermine - or re-write - Paul VI’s teaching.

But Mgr Marengo and his body conducted a solidly historical analysis of Humanae Vitae which has now been presented in a book “The Birth of an Encyclical”, currently only available in Italian.

His book reveals important new details about the process behind the encyclical namely: that Paul VI sought to consult widely, including among the bishops, before publishing Humane Vitae; that rather than being “unable to decide” he intervened decisively during the encyclical compilation process (at one stage rejecting a first draft from the Vatican’s doctrine congregation), and that Pope Paul was worried about the “birth control” policies of international agencies as much as the impact of contraception on families.

“From the study of the sources we understand that he [Paul VI] had gained a very clear judgment on the problem of birth regulation, and he realised that that judgment would be difficult to communicate both inside and outside the church,” Mgr Marengo said.

“In fact, he asked all the collaborators to help him express himself in the most positive and most advantageous matter possible. He wanted to be well understood in what he said. The other interesting aspect is the concern he showed in consulting the episcopate. So, here too, another prejudice falls away: it is not true that he decided alone as many said after ‘Humanae Vitae’.”

“The last aspect that I would highlight is that certainly Paul VI was worried, let's say, by the consequences on family morality of the use or not of the contraceptives. But equally important, just as in the first place, was his concern for the 'birth control' policies that the great international agencies in those years were beginning to spread. So he felt it indispensable that the Church intervene on these issues.”

Mgr Marengo reveals that while Paul VI consulted 200 of the world’s bishops before writing the encyclical, only 26 sent him a reply, and of these just seven were against shifting teaching on contraception.

Then there was a commission of experts, set up by Pope John XXIII, with a majority of them arguing for contraception to be allowed in some circumstances. In 1967, this commission's report was leaked to and published by The Tablet, The National Catholic Reporter and Le Monde.

Yet it was the divisions within that expert commission - four of its 72 members were opposed to any change in teaching - that led Paul VI to disregard its advice.

Mgr Marengo’s book also explains that 'Humanae Vitae' was a hasty re-write of an earlier document produced by the Vatican’s Congregation for the Doctrine of the Faith, with Pope Paul rejecting the first version, 'De nascendae prolis' (“On a child’s birth”), after it was presented to him on 23 May 1968.

He ordered this to be re-written and given a new title under the oversight of Carlo Colombo, auxiliary bishop of Milan, and Paul-Pierre Philippe, the Dominican secretary of the doctrine congregation. Paul VI made numerous changes to the text in the area of pastoral application of the teaching before it was approved on the 8 July 1968.

The book also reports that the future Pope John Paul II, then Archbishop Karol Wojtyla of Krakow, did not have much impact in the drafting the encyclical - although he was one of the seven bishops to respond to Paul VI’s appeal and who urged the pope not to change the traditional teaching. The then Archbishop Wojtyla wanted the encyclical go beyond simply re-stating earlier church teaching and showed particular concern about pastoral application. He was, as Pope, a staunch defender of 'Humanae Vitae' teaching on contraception.