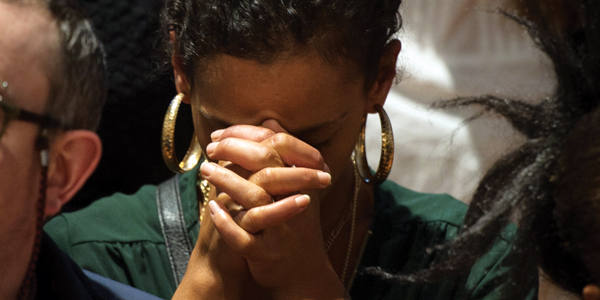 Divisions among Christians indicated that they had allowed themselves to be manipulated by the devil, according to Pope Francis 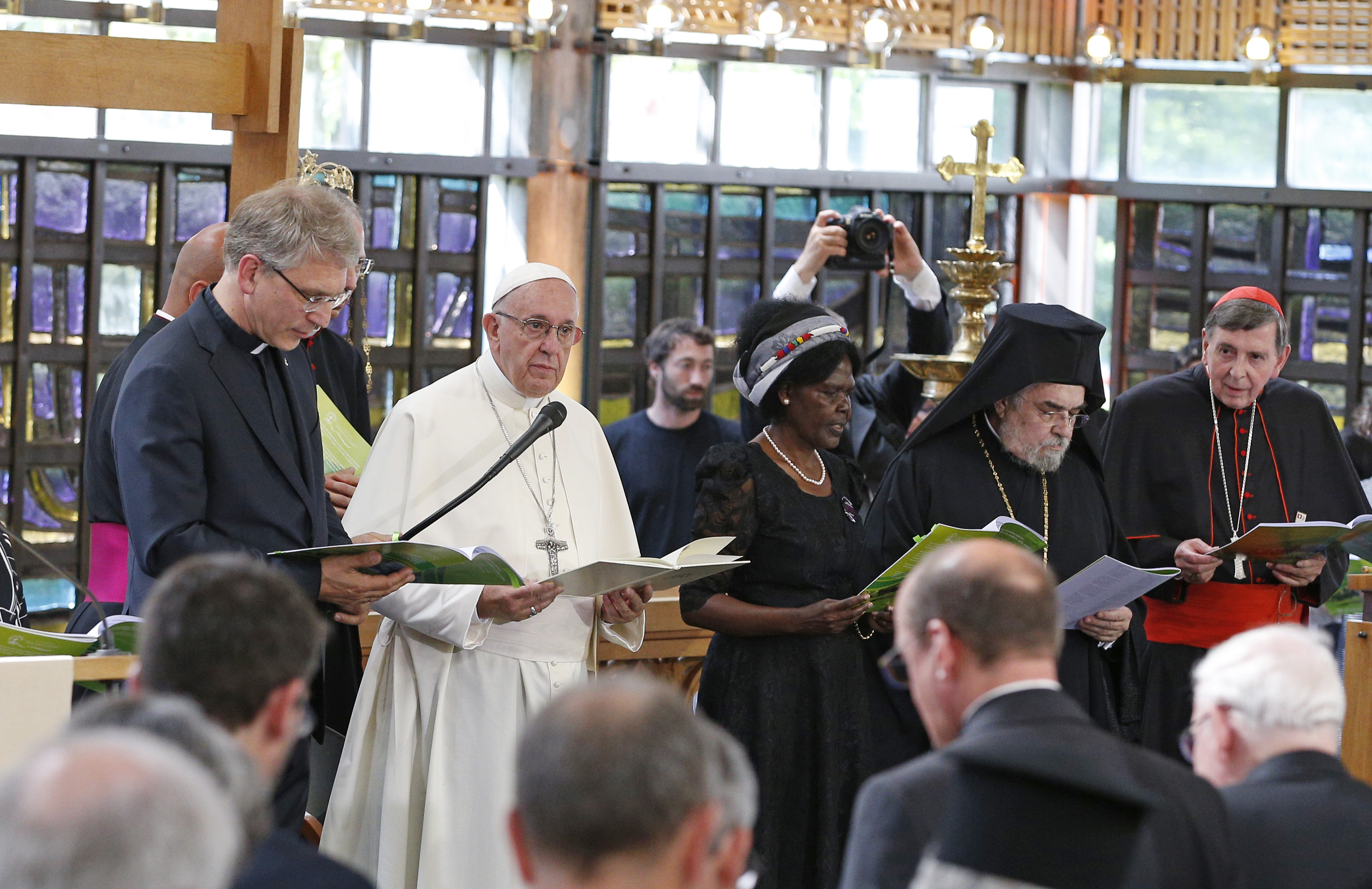 Pope Francis at the World Council of Churches
Photo: CNS

Pope Francis told the World Council of Churches (WCC) in Geneva today that past attempts to overcome divisions between Christian Churches have failed “because they have been inspired by a worldly logic”. That logic, he implied, is something that the devil has used to reinforce division.

Following the teachings of the Holy Spirit, he said “means that we should choose the road of the Gospel, and refuse the shortcuts of the world”.

The Pope was addressing delegates at the 70th anniversary conference of the WCC on the theme “Ecumenical Pilgrimage: Walking, Praying and Working Together”.  “Walking together for us Christians,” he told delegates in the chapel of the WCC headquarters, “is not a strategy to expand or to increase our power, but it is an act of obedience towards our Lord and of love towards the world”.

He explained how Christians should attempt to shape history.

“Walking according to the teachings of the Holy Spirit means rejecting a worldly way of life. It means choosing and progressing in forgiveness. It means to shape history with the steps of God; not with the redundant steps of prevarication, but with the cadenced steps of a single precept: you shall love the neighbour as you love yourself,” he declared.

He added implicitly that divisions among Christians indicated that they had allowed themselves to be manipulated by the devil. “In these situations, the enemy of God and of men, has easily divided our wills, because we have not followed the teachings of the Holy Spirit,” he said. Instead, he added, people have followed worldly logic. “Past attempts to end these divisions have miserably failed, because they have been inspired by a worldly logic. Following the teachings of the Holy Spirit means that we should choose the road of the Gospel, and refuse the shortcuts of the world.”

He then urged Christians to escape from the categories of “left” or “right”, “conservative” or “progressive”:

“To achieve a spiritual progress we should look beyond the interests of our community, which are often tied to our ethnic belongings or our consolidated attitudes, whether they are more ‘conservative’ or ‘progressive’. We should choose to belong to Jesus Christ, before being either left-wing or right-wing. Choosing our brother instead of ourselves means we will achieve a more complete spiritual emancipation."

Speaking to journalists on the flight to Geneva, the Pope told them, “This is a journey towards unity.” He told a group of female journalists on the flight who wanted to take a picture with him that many women already have important jobs at the Vatican. When they asked whether there could be a woman at the head of the Vatican Bank (the IOR, Institute for the Works of Religion), he joked: “I am negotiating with Christine Lagarde [the managing director of the International Monetary Fund]”.

After touching down he met the President of the Swiss Confederation Alain Berset in a private meeting in the VIP lounge at the airport.

Francis is the third Pope to visit the WCC headquarters and is following in the footsteps of Paul VI who did the same in 1969 and John Paul II who visited in 1984.

But this Pope is the first to dedicate a trip specifically to the WCC, a decision that is in keeping with the high priority he has given to ecumenism throughout his papacy. This has seen Francis visit Sweden to mark the 500th anniversary of the Reformation, while he has repeatedly called on Christians to work more closely together and act as if they are already united.

Founded three years after the end of the Second World War, the council has 348 member Churches, although the Catholic Church is not one of them.

Fr Andrzej Choromanski, an official at the Pontifical Council for Promoting Christian Unity, told journalists in Rome this week that there were “two kinds of reasons [for this]: practical and theological”. “It would be a huge change in the whole organisation, and the philosophy of decision making, of working, of the World Council of Churches, if the Catholic Church were a member church,” he said.

He explained that because most of the church members have joined on a national basis and in total represent around 600 million Christians, it would be difficult to find adequate representation for the Catholic Church on the WCC bodies given it has more than 1.2 billion members worldwide.

“The Catholic Church believes there is a unique responsibility of the Bishop of Rome for the unity of the global Church. The Catholic Church, or more specifically the Bishop of Rome, has a specific responsibility to unite the whole Church. This is why it would be very difficult theologically to find a place for the Pope in such an organisation. What would be the position of the Holy Father in respect to the general secretary or to other moderators and the leadership if the Catholic Church were a member?” he asked.

In the light of this, Fr Choromanski explained, the Catholic Church takes part in the Council’s work as an “observer”.