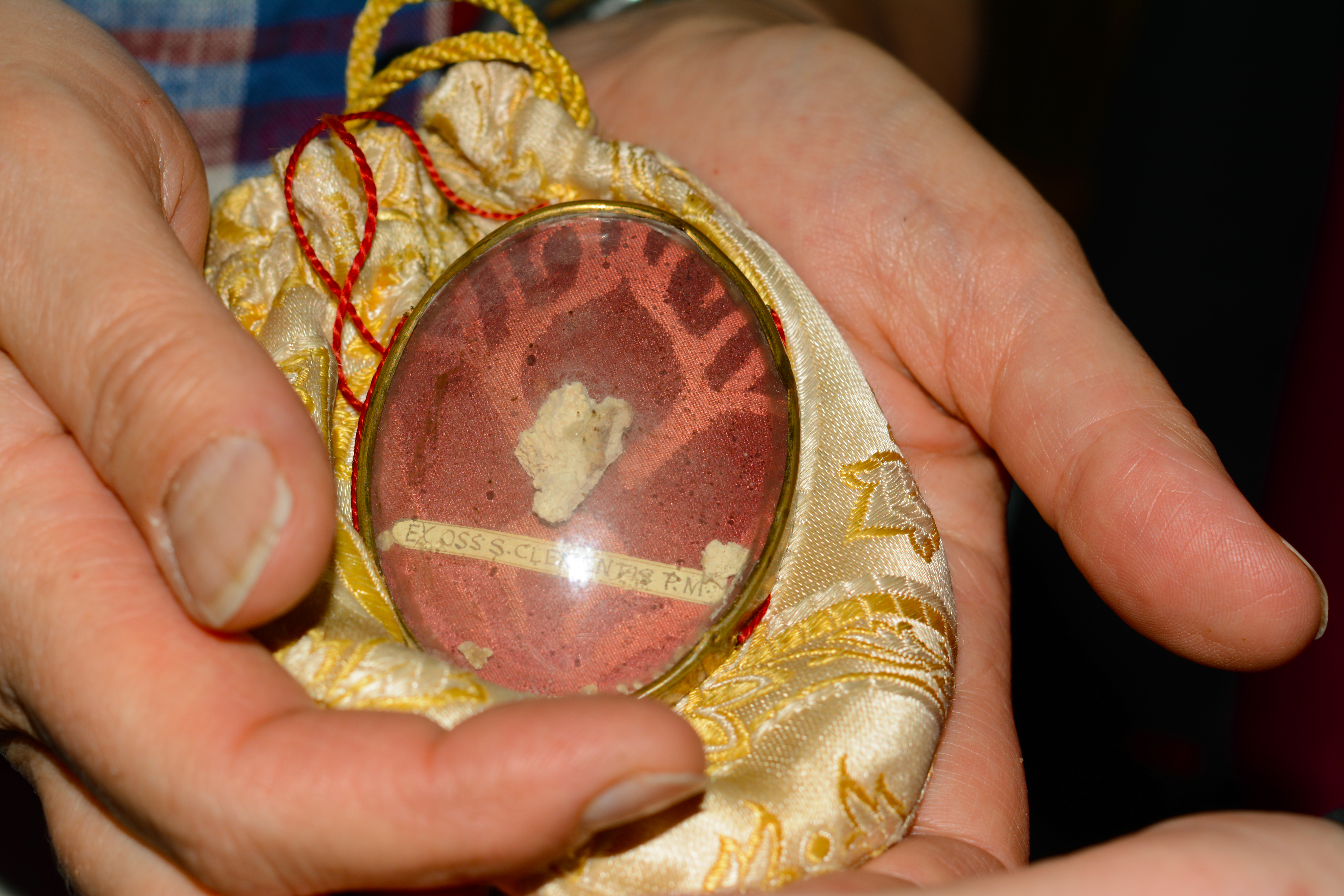 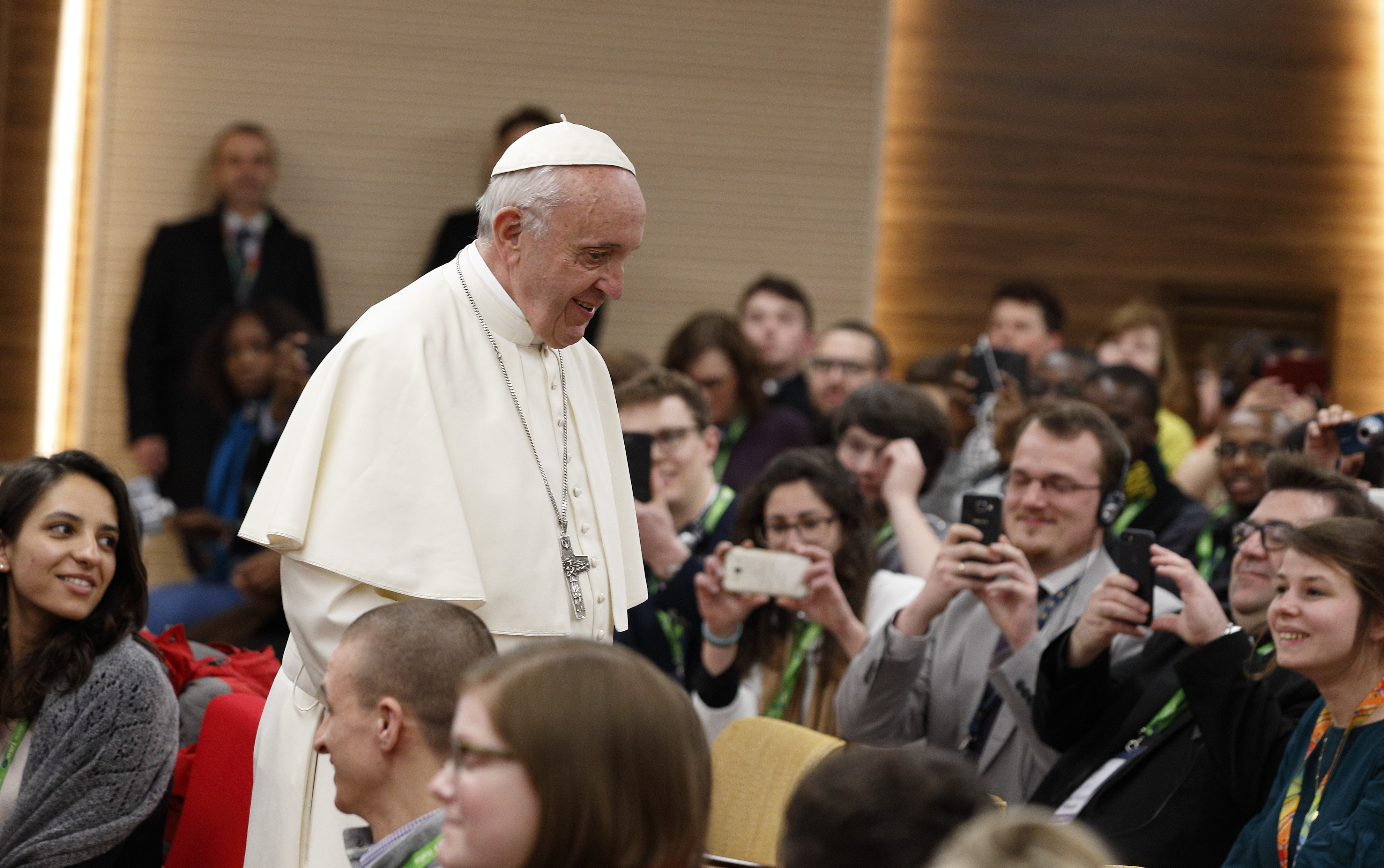 Young Catholics are looking for a church that listens to their concerns, accompanies them in discerning their vocations and helps them confront the challenges they face, said a working document for the upcoming Synod of Bishops on young people.

The synod's "instrumentum laboris" (working document), published by the Vatican on 19 June, stated that young people "want to see a church that shares their situations of life in the light of Gospel rather than by preaching."

Quoting a presynod gathering of young people who met at the Vatican 19-25 March, the working document said young Catholics "want an authentic church. With this, we would like to express, particularly to the church hierarchy, our request for a transparent, welcoming, honest, attractive, communicative, accessible, joyful and interactive community."

The working document is based mainly on comments solicited in a questionnaire last June from national bishops' conferences around the world as well as the final document of the presynod gathering.

An estimated 305 young adults participated in the weeklong presynod meeting, which allowed practicing Catholics and others to provide input for Pope Francis and the world's bishops, who will meet at the synod in October to discuss "young people, faith and vocational discernment." Some 15,000 young people also participated in the presynod process through Facebook groups online.

The meeting, the working document said, "highlighted the potential that younger generations represent" as well as their "hopes and desires."

"Young people are great seekers of meaning, and everything that is in harmony with their search to give value to their lives arouses their attention and motivates their commitment," it said.

Presenting the "instrumentum laboris" to journalists at a press briefing 19 June, Cardinal Lorenzo Baldisseri, secretary-general of the synod, said the synod's goal is that young Catholics may find "the beauty of life, beginning from the happy relationship with the God of the covenant and of love" in a world that often robs them of their "affections, bonds and prospective of life."

"The synod dedicated to young people gives us the opportunity to rediscover the hope of a good life, the dream of a pastoral renewal, the desire for community and passion for education," he said.

Divided into three parts, the working document outlines the church's need to listen to young people, to help guide them in the faith and in discerning their vocational calling, and to identify pastoral and missionary paths to be able to accompany them.

The responses collected by bishops' conferences around the world cited a need for ways to help young men and women confront the challenges of cultural changes that sometimes disregard traditions and spirituality.

The working document also states that while the church highlights the importance of the body, affection and sexuality, many young Catholic men and women "do not follow the directions of the sexual morality of the church."

"Although no bishops' conferences offer solutions or indications, many (conferences) believe the issue of sexuality should be discussed more openly and without judgment," it said.

Young people attending the presynod meeting said issues such as contraception, abortion, homosexuality, cohabitation and marriage are often debated both by young Catholics and non-Catholics.

The working document also highlighted the need to reaffirm church teaching on the body and sexuality at a time when biomedical advancements have pushed a more "technocratic approach to the body," citing examples such as egg donation and surrogacy.

Church leaders, it said, must "speak in practical terms about controversial subjects such as homosexuality and gender issues, which young people are already freely discussing without taboo."

Also, "LGBT youths, through various contributions received by the secretariat of the synod, want to benefit from a greater closeness and experience greater care from the church," while some bishops' conferences are asking what they can recommend to young people who enter into a homosexual relationship, but want to be closer to the church, the document said.

Regarding the use of the initials "LGBT" in a major church document, Cardinal Baldisseri told journalists that it was a term used in one of the documents given by the bishops' conferences "and we quoted them."

"We are open. We don't want the synod to be closed in itself," Cardinal Baldisseri said. "And in the church, there are many areas, there is freedom for people to express themselves -- on the right, left, center, north and south -- this is all possible. That is why we are willing to listen to people with different opinions."

The working document also said young Catholics would like more initiatives that allow further dialogue with nonbelievers and the secular world to help them integrate their faith in their dealings with others.

Young men and women from primarily secularized areas "ask nothing from the church" and "expressly asked to be left in peace, because they feel its presence as annoying and even irritating." These feelings, the document stated, do not come from contempt but rather due to "serious and respectable reasons."

Among the reasons are the church's sexual and economic scandals, priests who do not know how to engage with young people, and the way the church justifies its doctrinal and ethical positions to modern society.

Young men and women are also hoping the church can help them "find a simple and clear understanding of the meaning of vocation," which is often misinterpreted as referring only to priesthood and consecrated life.

While the church has confirmed that marriage is also a vocation, the document confirms the need for "a youth vocational ministry capable of being meaningful for all young people."

"Called to holiness and anointed by the spirit, the Christian learns to grasp all the choices in existence in a vocational perspective, especially the central one of the state of life as well as those of a professional nature," it said.

"For this reason, some bishops' conferences hope that the synod will find ways to help all Christians rediscover the link between profession and vocation in all its fruitfulness ... and in view of the professional orientation of young people with a vocational perspective," the document said.