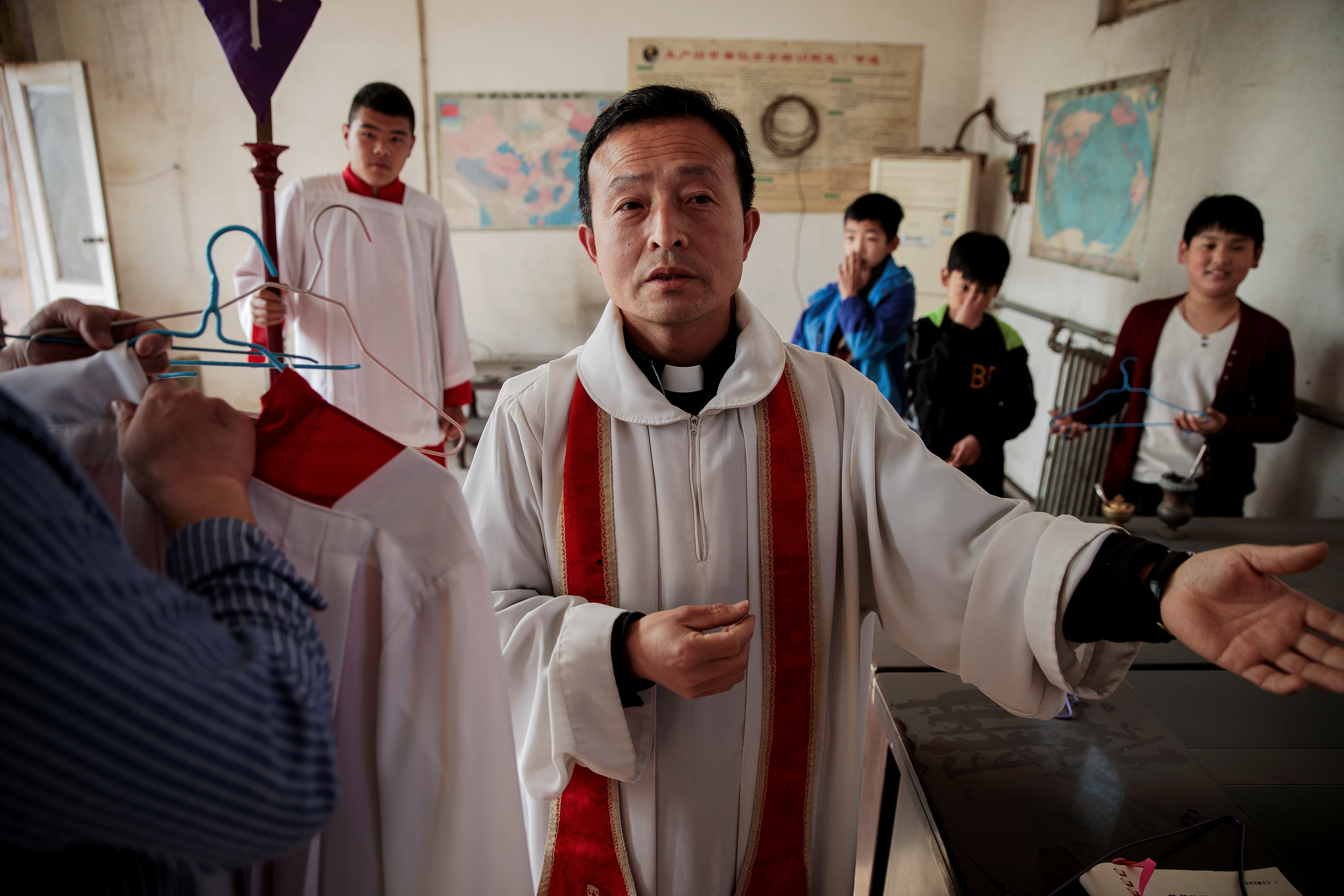 Five-year plan for 'sinicisation' of Church in China

Schonborn at odds with CDF statement on women priests

The question of women’s ordination is one that can only be clarified at an Ecumenical Council, says Schönborn 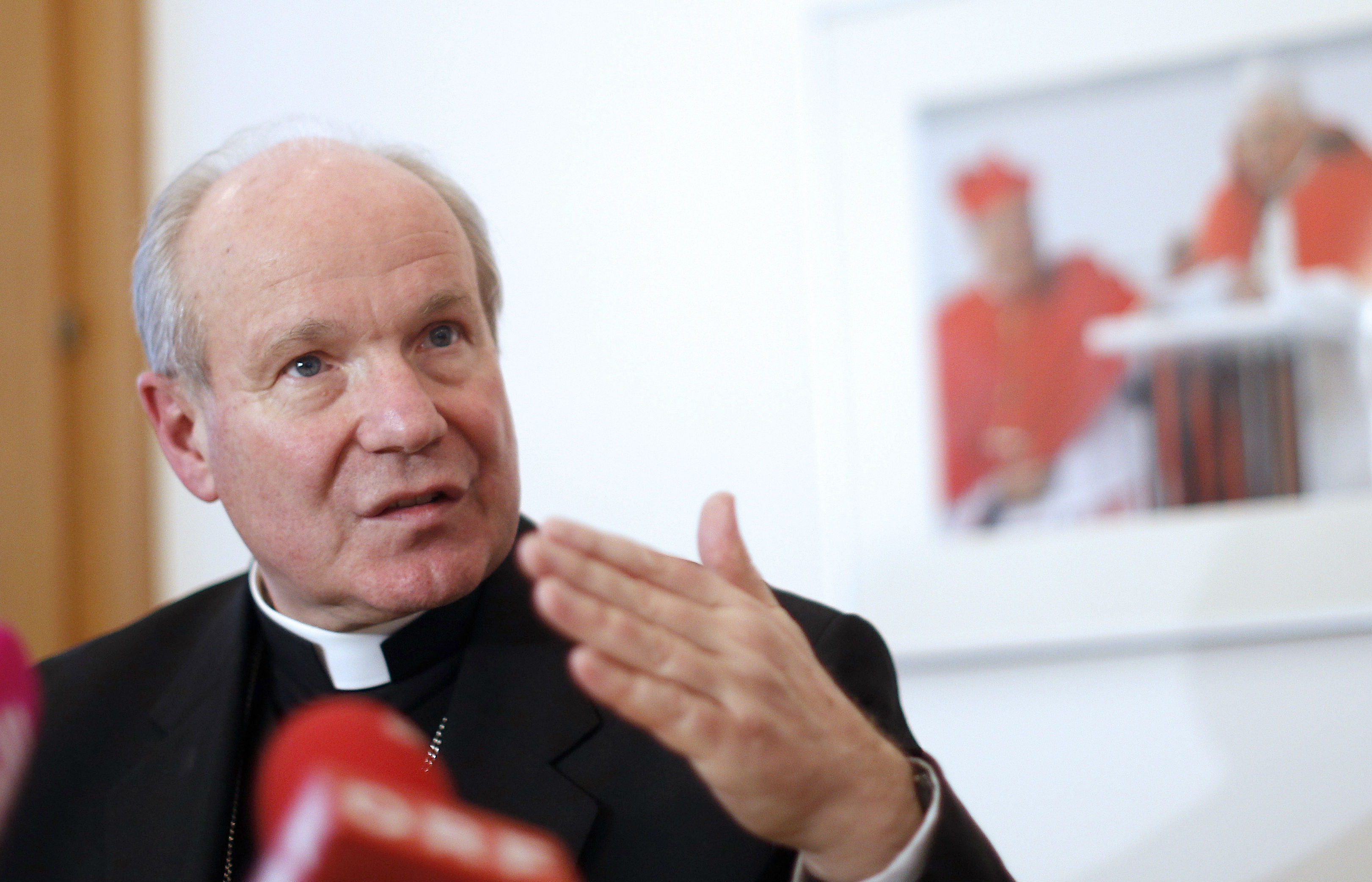 After CDF Prefect Luis Ladaria Ferrer SJ this week reaffirmed the impossibility of ordaining women in the Catholic Church, it has become clear that cardinal-elect Ladaria’s statements run counter to a position recently enunciated by Cardinal Christoph Schönborn.

In an article in L’Osservatore Romano on 30 May, the Prefect of the Congregation for the Doctrine of the Faith stated that expressing doubt about the impossibility of ordaining women to the priesthood “creates serious confusion among the faithful”.

His article was given the headline “The definitive character of the doctrine of Ordinatio sacerdotalis”, referring to Pope John Paul II's 1994 apostolic letter that outlined the reasoning behind the ban on the priestly ordination of women.

The archbishop said he decided to write “in response to doubt” about Pope St John Paul II’s teaching. “It is a matter of serious concern to see the emergence in some countries of voices that question the definitiveness of this doctrine,” he wrote.

“To hold that it is not definitive, it is argued that it was not defined "ex cathedra" and that, then, a later decision by a future Pope or Council could overturn it,” he stated. “Sowing these doubts creates serious confusion among the faithful, not only about the Sacrament of Orders as part of the divine constitution of the Church, but also about the ability of the ordinary magisterium to teach Catholic doctrine in an infallible way.”

Interviewed on the subject in his Easter interview for the Salzburger Nachrichten of 1 April 2018, Vienna archbishop Cardinal Schönborn referred specifically to the possibility of change via a Council. He stated that the question of women’s ordination was a question that “can certainly only be clarified at an [Ecumenical] Council. It cannot be solved by a Pope alone. It is far too important a question for it to be solved from the desk of a Pope.”

“I would not consider it a good thing,” Cardinal Schönborn replied. “The Church is a community. Important decisions should be made collaboratively.”

However, Cardinal-designate Ladaria says the Church’s belief in a male-only priesthood is infallible teaching which should be held as an unchanging and “definitive” part of the Catholic faith. In the most forthright doctrinal statement so far against the ordination of women under Francis’ papacy, the CDF Prefect says maleness is “an indispensable element” of the priesthood, and the Church is “bound” by Christ’s decision to choose male apostles.

He pointed out that that infallible teaching is not simply proclaimed by a council or a Pope speaking “ex cathedra”, but is also proclaimed by bishops across the world who, in communion with the Pope, propose doctrine that should be “held definitively”. He revealed that Pope St John Paul II had consulted with leaders of episcopal conferences before issuing Ordinatio Sacerdotalis, and that they all declared support and obedience to the teaching.

The Polish Pope, Ladaria explained, did not wish to “work alone” but sought to ensure he was listening to an “uninterrupted and lived tradition”.  In 2015, Francis said it was after “long, long intense discussions”, that John Paul II issued his ruling on women’s ordination.

“He did not declare new dogma, but with the authority conferred on him as successor of Peter, he formally confirmed and made explicit – to remove any doubt – that which the ordinary and universal magisterium had considered as belonging to the deposit of faith throughout the history of the church,” the CDF prefect wrote.

The 74-year-old cardinal-designate stressed that the refusal to ordain women does not mean a “subordination, but a mutual enrichment” of men and women while the exalted role of Mary shows the importance of both the feminine and masculine aspects of the Church.

This is all the more important in a contemporary culture, which Archbishop Ladaria says “struggles to understand the meaning and the goodness of the difference between man and woman”, and what should be complementary, although distinct, roles.

For his part, Pope Francis has made attempts to give women greater roles inside the Church and in August 2016 established a commission examining female deacons.

That body is led by cardinal-designate Ladaria, and there is speculation in Rome that his intervention could be a shoring up of teaching on the priesthood ahead of a move on allowing women into the diaconate.

In 2009, Benedict XVI issued a legal ruling clearly delineating the role of deacons – technically members of the clergy – from the ordained priesthood. While deacons serve the Church, Benedict ruled, it is priests and bishops who participate in the “headship of Christ”, following the Catholic teaching that the priest acts in the “person of Christ”.

That distinction between the diaconate and priesthood might free up the possibility of allowing a diaconate that includes women, but definitely rules out priesthood.

Archbishop Ladaria wrote: “Christ willed to confer this sacrament on the 12 apostles – all men – who, in turn, communicated it to other men. The church always has seen itself as bound to this decision of the Lord, which excludes that the ministerial priesthood can be conferred validly on women.”

It was Paul VI, in a 1975 letter to then Archbishop of Canterbury Donald Coggan, who issued the first modern-day papal ruling against ordination of women saying it was “not admissible to ordain women to the priesthood for very fundamental reasons”. Archbishop Coggan had written to Paul VI to explain a growing consensus in the Anglican Communion in favour of ordaining women. The Anglican Communion now has women serving at the highest levels of ecclesiastical leadership.

The radical opposition group We Are Church International (WACI) this week strongly rejected Archbishop Ladaria’s claim that the ban on ordaining women to Catholic priesthood has a “definitive character” and “is a truth belonging to the deposit of faith”.

Archbishop Ladaria will be made a cardinal by Pope Francis on 28 June.