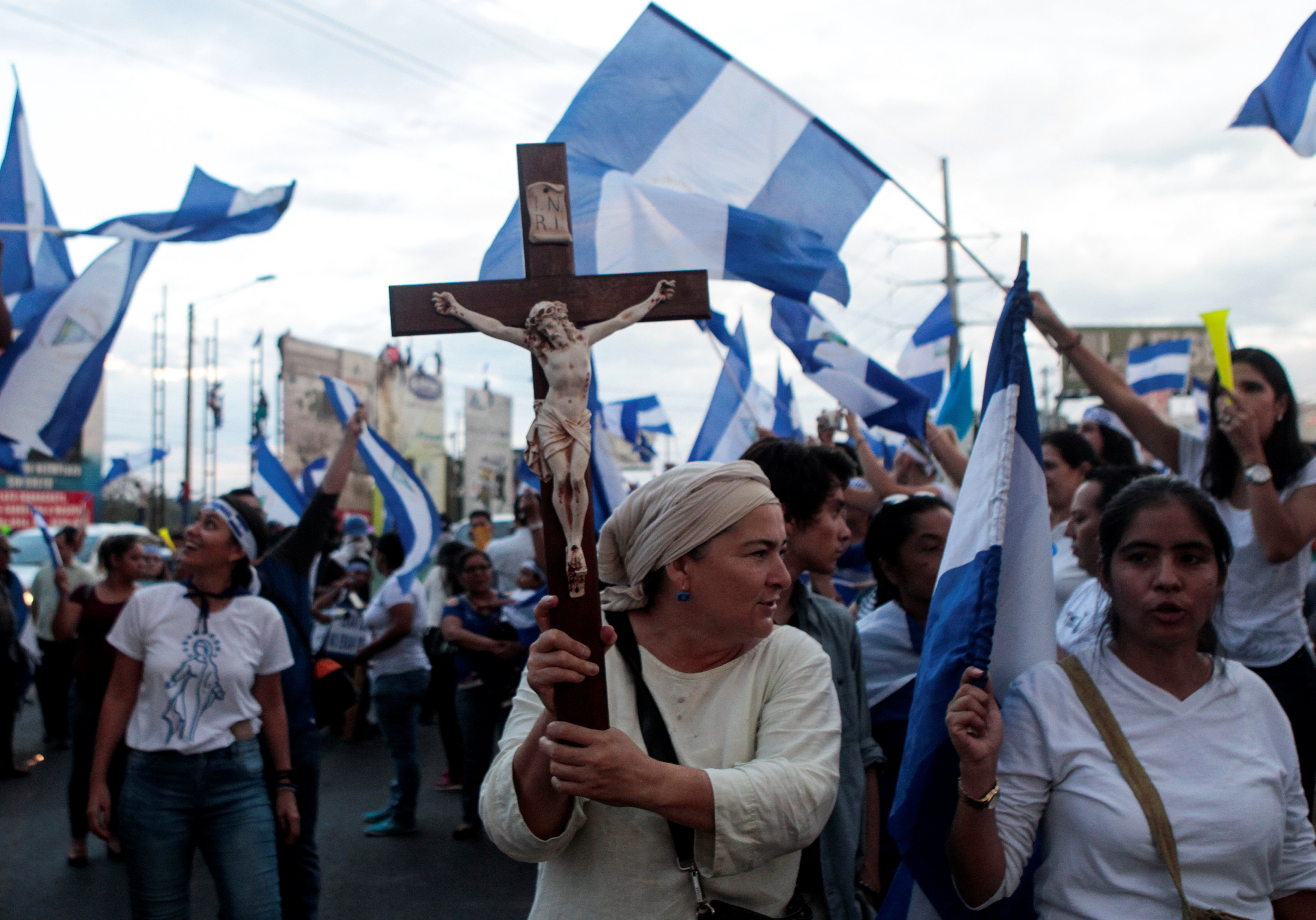 Francis has excoriated the bishops for 'grave negligence', for destroying evidence and for simply transferring priests 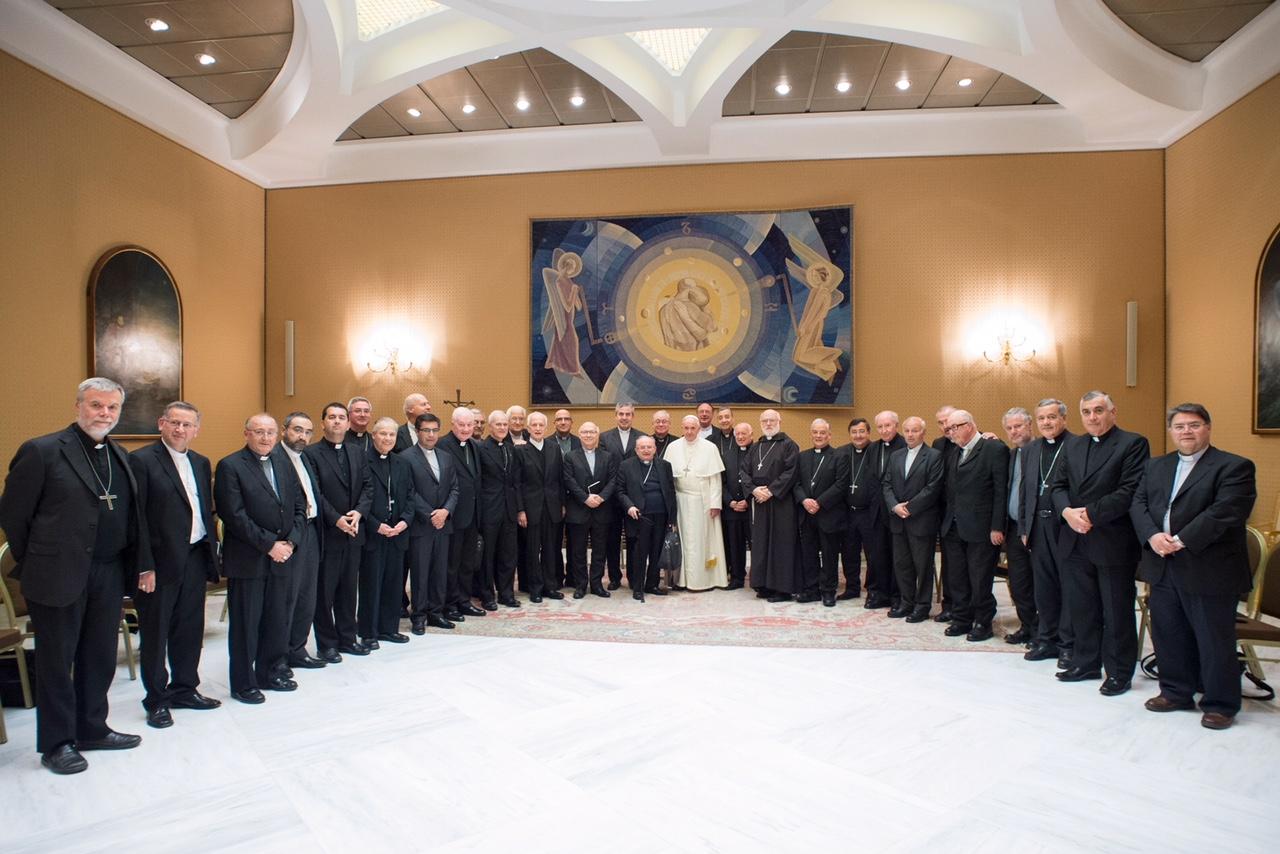 Pope Francis poses for photo with Chilean bishops at the Vatican May 17.
CNS/Vatican Media

Every Chilean bishop has offered his resignation to Pope Francis after a series of closed-door meetings with all 34 bishops at the Vatican this week, to discuss the abuse crisis in the country.

The dramatic announcement followed the leaking of a 10-page letter to television channel T13, reportedly handed to the bishops at the start of this week’s discussions, in which Francis said removing bishops may be needed but would not be sufficient to solve the abuse crisis in Chile. In the letter Francis cites clericalist, elitist and authoritarian attitudes dominating in the Church and an urgent need to put Christ back at the “ecclesial centre”.

"It would be irresponsible on our part not to delve into looking for the roots and the structures that allowed these [abuses] to happen and to be perpetuated,” the Latin American Pope explained.

Francis ordered the bishops to Rome after receiving a 2,300- page report into the sex abuse problems written by the Archbishop of Malta, Charles Scicluna. He commissioned the report after his visit to Chile in January in which he defended Bishop Juan Barros of Osorno against accusations from abuse survivors.

Juan Carlos Cruz and others said that Barros witnessed his being abused by Fr Fernando Karadima in the 1980s, and did nothing about it. In January, Francis said: “The day they bring me proof against Barros, I will speak. There is not one piece of evidence against him. It is calumny.” But on 11 April he admitted that he had made “grave errors” of judgement in the sex abuse scandal.

While personnel changes to the Church leadership in Chile are expected, the Pope is intent on seeing a root and branch reform of handling abuse cases to take place as well.

Warning against the tendency to "scapegoat" or "turn the page on the problem", Francis says in the letter given to bishops at the start of this week that the removal of bishops is “not enough”, even if it would help the situation and is needed. Instead, he calls for a collective response that is “humble, concrete" and involves the “whole People of God”.

In this letter, Francis excoriates the bishops for “grave negligence” in their handling of cases, of destroying evidence and simply transferring priests who were accused of offences against children.

On Thursday evening, the Vatican released another letter from the Pope which adopted a more conciliatory tone, indicating that the meetings – which were aimed at discerning a way forward – have had an effect.

In it, Francis thanked the Chilean bishops for agreeing to make the “short, medium and long-term” changes in order to restore “justice and ecclesial communion”.

“After these days of prayer and reflection, I mandate you to continue to build a prophetic Church that can put what is most important in the centre: the service to the Lord in the hungry, in the prisoner, in the migrant, in the abused,” he explained.

The meetings with the bishops come after Francis met and apologised to three Chilean abuse survivors, including Mr Cruz, at his Vatican residence, the Casa Santa Marta.

Many are now expecting the Pope to re-structure Chile’s hierarchy while also transferring his ambassador to the country after Francis admitted to not having received “truthful and balanced information” about the abuse problems.

While the focus of Chile’s abuse crisis has been on Karadima - who was sentenced to a life of prayer and penance in 2011 – the problems go much deeper. Archbishop Scicluna’s 2,300 page report includes alleged abuses by the Marist Brothers, the Salesians and the Franciscans which were repeatedly swept aside by the bishops.

Among those facing serious criticism for his handling of abuse complaints is Cardinal Francisco Javier Errazuriz Ossa, the retired Archbishop of Santiago, who, awkwardly for the Pope, is a member of his council of cardinal advisers.