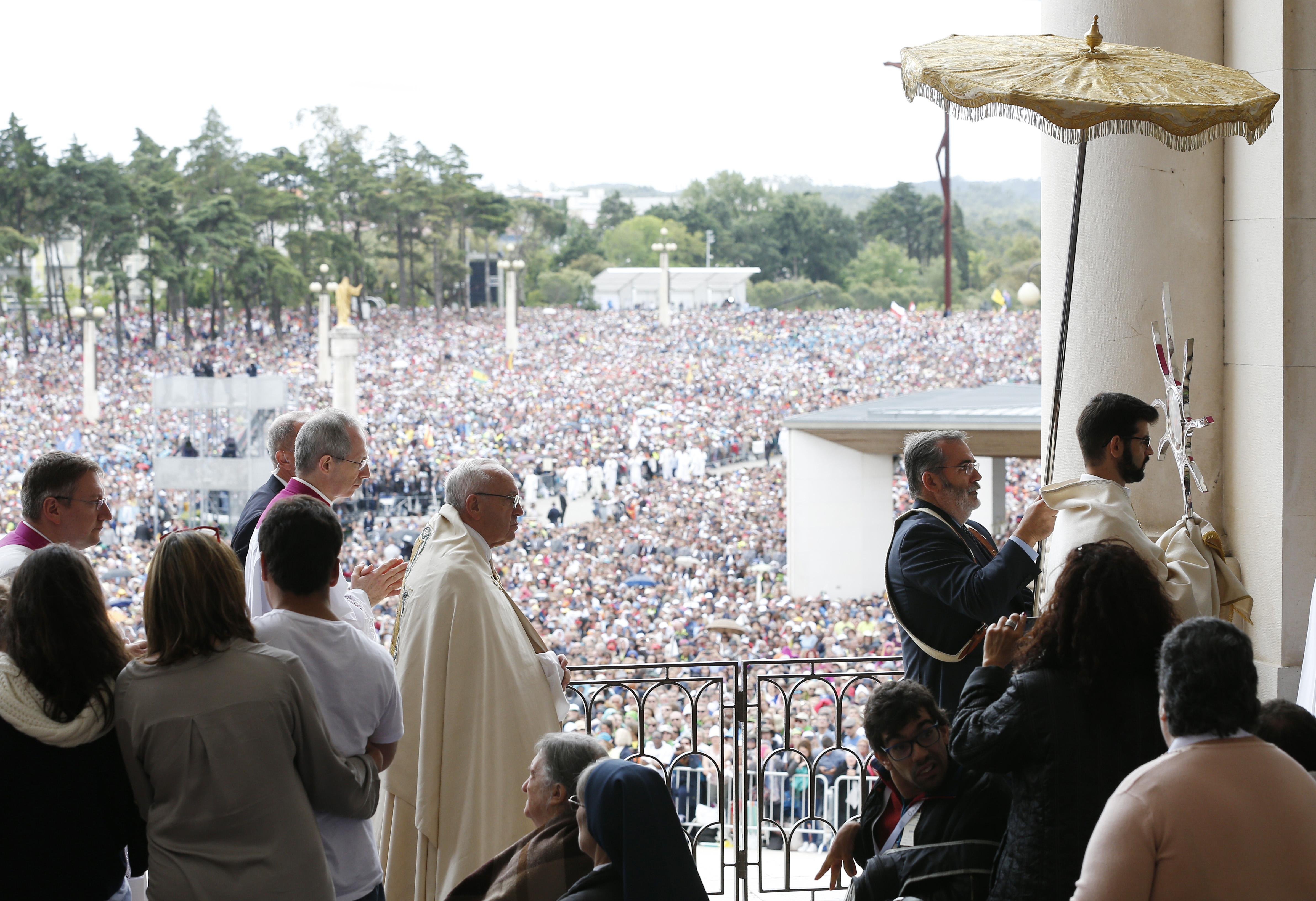 Faith leaders in Portugal unite in protest at euthanasia

A new Vatican document warns against putting profit at the 'summit' of financial activity. 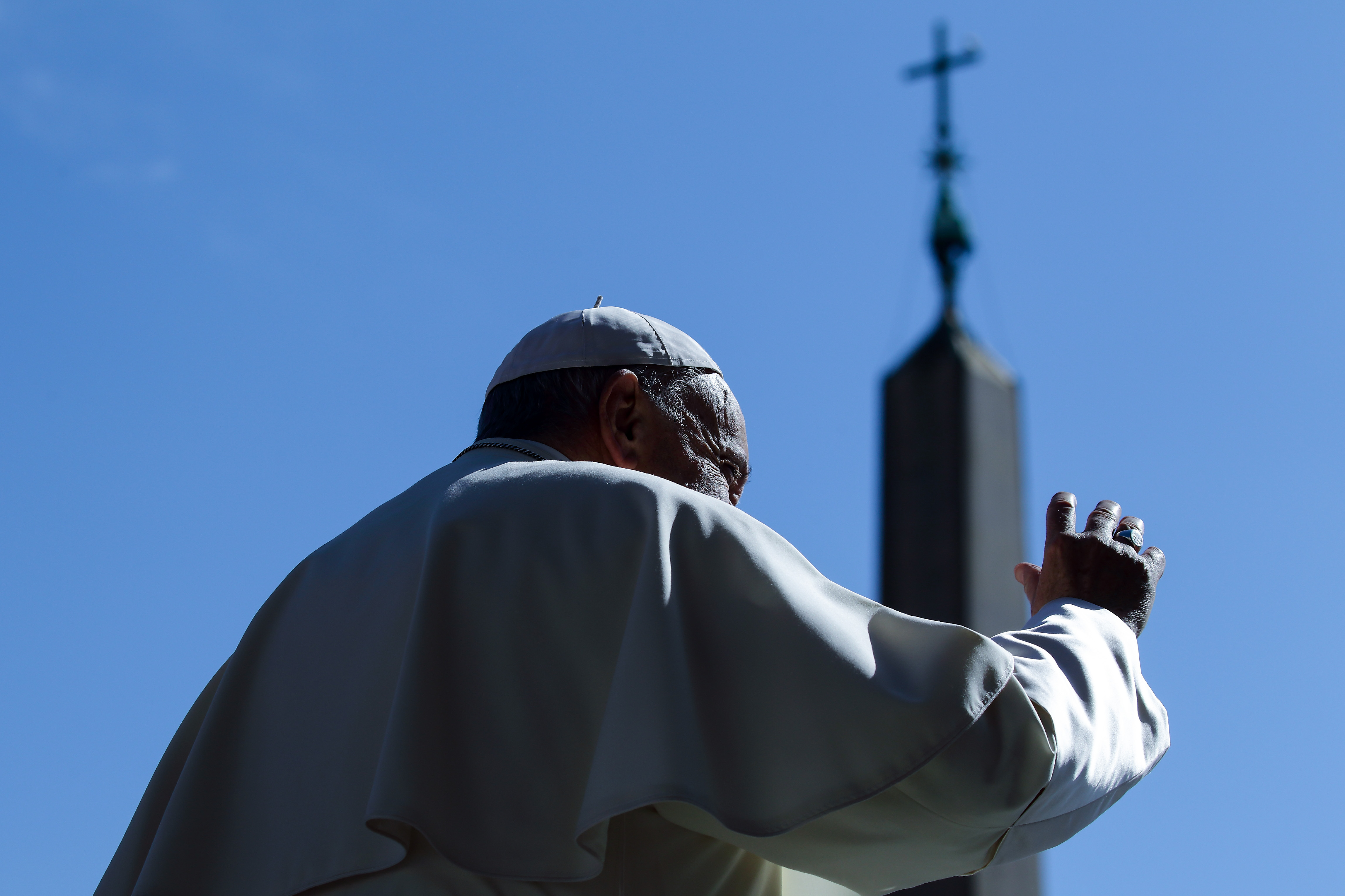 Pope Francis at his Wednesday General Audience in St Peter's Square at the Vatican
Photo: Evandro Inetti via ZUMA Wire/PA

The Vatican says a “profoundly amoral culture” is damaging the world’s financial systems, which it says must be better regulated through a global system of oversight.

A new document released by the Congregation for the Doctrine of the Faith and the Dicastery for Promoting Integral Human Development warns against putting profit at the "summit" of financial activity.

It sets out in detail what Pope Francis, who approved the text, has described as an economy which "kills" by excluding millions while vastly enriching a small elite.

At the same time it shows how the Church’s moral teachings, long associated with sexual sins, are now shifting onto financial questions and the damaging effects of what many see as an unjust economic system.

Presenting the document to journalists in the Vatican today, Archbishop Luis Ladaria Ferrer admitted that Catholic moral theology had in the past been more focused on “questions of sexual ethics than business ethics” but that, he added, did not mean that economy and finance are “outside the scope of Catholic moral teaching”.

The text released on Thursday 17 May, “Oeconomicae et pecuniariae quaestiones: considerations for ethical discernment about some aspects of the current financial-economic system”, offers a vigorous critique of financial speculators, tax avoidance, the use of offshore and those making profit through exploitation of others.

Firmly rooted in the principles of Catholicism’s social teaching, the document points out that an idolisation of profit leads to ethical questions being perceived as “irrelevant”. Instead, it argues, the pursuit of financial gain must be tempered with a concern for the common good and the needs of the poor.

Citing what it sees as “a dangerous oligopoly on the part of a few”, the document calls for better co-ordination by countries to regulate the worldwide financial system.

“The regulations must favour a complete transparency regarding whatever is traded in order to eliminate every form of injustice and inequality, thus assuring the greatest possible equity in the exchange,” it states.

“Moreover, where massive deregulation is practiced, the evident result is a regulatory and institutional vacuum that creates space not only for moral risk and embezzlement, but also for the rise of the irrational exuberance of the markets, followed first by speculative bubbles, and then by sudden, destructive collapse, and systemic crises.”

Businesses, the text explains, cannot simply follow a logic of benefitting shareholders but must also serve the interests of those who work for them, their consumers and the local community. It also points out that massive remuneration of company executives when a company is making profits that are not counterbalanced with an equivalent penalty when things go wrong.

“All of these factors easily create and diffuse a profoundly amoral culture – in which one often does not hesitate to commit a crime when the foreseen benefits exceed the expected penalty,” it states. “Such behaviour gravely pollutes the health of every economic-social system. It endangers the functionality and seriously harms the effective realisation of that common good, upon which is necessarily founded every form of social institution.”

A new “morally unacceptable” phenomenon has now developed where inequality is used to “create enormous profits” but in the process unjustly disadvantages other people.

This is seen when speculators try and profit at the expense of the financial health of an entire country. Such a practice endangers efforts for a nation trying to balance its books “but also the very economic stability of millions of families”.

It’s not just unscrupulous investors the Vatican holds responsible for economic problems, but also companies such that move profits between various countries in order to reduce their tax bills.

“Today, more than half of the commercial world is orchestrated by noteworthy persons that cut down their tax burden by moving the revenues from one site to another according to their convenience, transferring the profits into fiscal havens, and the costs into the countries of higher taxation,” it states.

“It appears clear that all these have removed decisive resources from the actual economy and contributed to the creation of economic systems founded on inequality.”

The document also criticises the LIBOR inter-bank interest rate rigging scandal, complex financial products such as credit derivatives where the risk was not clearly outlined, and the use of offshore tax havens.

“It was calculated that a minimum tax on the transactions accomplished offshore would be sufficient to resolve a large part of the problem of hunger in the world,” the text states.

“Furthermore, it has been established that the existence of offshore sites has encouraged also an enormous outflow of capital from many countries of low income, thus creating numerous political and economic crises, impeding them from finally undertaking the path of growth and a healthy development.”

Among the recommendations contained in the document is a suggestion that the management of banks be supported by ethical committees, and that banks should separate between the management of credit and their daily business of overseeing savings. It is supportive of co-operatives where customers are the shareholders, and other financial structures that support communities and families.

Finally, it calls for “financial activity” to return to its “primary vocation of service to the real economy” which sees the creation of goods though “morally licit means” and fair distribution of wealth.