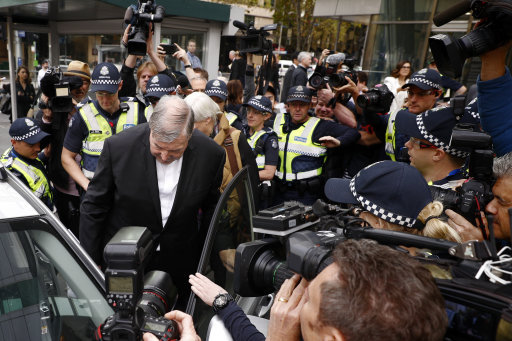 'War begets war, violence begets violence. May God have mercy on us'

Palestinians carry an injured man during clashes with Israeli troops near the Gaza-Israel border, east of Gaza City, on May 15, 2018
Press Association

Pope Francis has expressed grave concern over the tensions in the Holy Land and the Middle East, which have escalated in recent days following the relocation of the US embassy to Jerusalem.

“I am very concerned about the escalation of tensions in the Holy Land and in the Middle East, and for the spiral of violence that increasingly moves away from the path of peace, dialogue and negotiations,” Francis said at the end of his Wednesday weekly audience.

After expressing his sorrow for those killed and his closeness to  those who are suffering, the pope insisted that violence will never bring peace.

“War begets war, violence begets violence. May God have mercy on us,” he said.

“I invite all the parties involved and the international community to renew their commitment because dialogue, justice and peace prevail,” Francis continued, before leading the thousands who were gathered in St. Peter’s Square in praying a Hail Mary.

Earlier on Wednesday, Cardinal Vincent Nichols has called for prayers for the people of Gaza saying their fate is “central to peace”.

In a statement the cardinal said that he had spoken to the Catholic parish priest in Gaza, Fr Mario de Silva, “to offer our prayers and support.”

“He told me that life is so hard and everyone is desperate with shortages of water and other basic necessities,” the cardinal wrote.

He continued by calling for the faithful to pray for peace in the Middle East and “especially” for the people in Gaza.

“They are living through traumatic times of remembrance and protest at the dramatically deteriorating humanitarian situation. This is a people who are both extremely vulnerable and deprived. Their fate is central to peace and peace can never be built on neglect,” the cardinal wrote.

He concluded by saying that, in the lead up to Pentecost, he echoed Pope Francis’ call to pray for the people of Gaza.

For weeks, Palestinian demonstrators have been protesting at the fence separating Israel and the Gaza. On Monday, at least 60 Palestinians were killed by Israeli forces.

Palestinian demonstrators have largely been unarmed, though some have launched stones and flaming kites. They have also set tires ablaze, creating thick plumes of smoke.

On the other side of the fence, Israeli troops have fired tear gas and live ammunition, spurring the deadliest moment on the border since 2014.

The deadly protests were timed to coincide with the relocation of the US embassy from Tel Aviv to Jerusalem and the anniversary of the “Nakba,” or Catastrophe, when hundreds of thousands of Palestinians fled or were expelled from their homes at the time of Israel’s creation.

Palestinian President Mahmoud Abbas accused Israel's military of carrying out "massacres" of unarmed civilians, and a United Nations human rights official criticised the soldiers for “blatant and excessive use of force.”

Israel's Prime Minister Benjamin Netanyahu has insisted its troops acted in self-defence and blamed the militant group Hamas, which dominates Gaza, for the deaths.

Hamas as a whole, or in some cases its military wing, is designated a terrorist group by Israel, the US, EU, and UK, as well as other powers. Under its charter, the group is committed to the destruction of Israel.