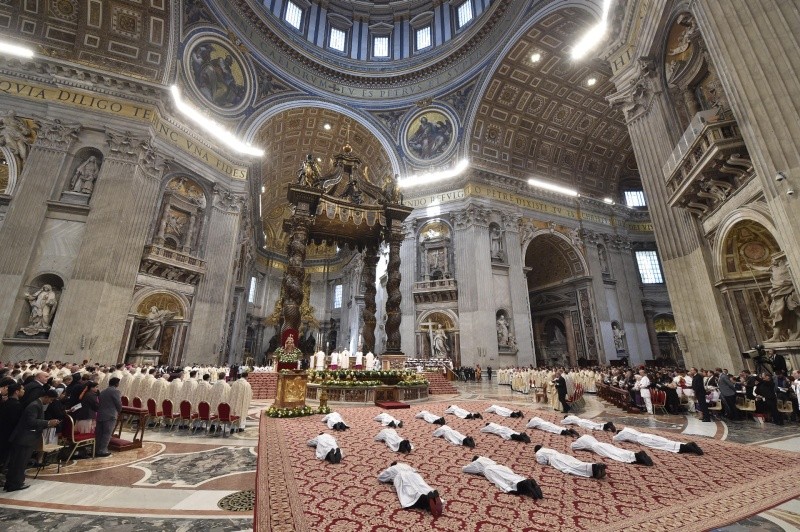 Pope to new priests: 'Be merciful'

One of the women is Michelina Tenace, a professor of theology at Rome's Pontifical Gregorian University. 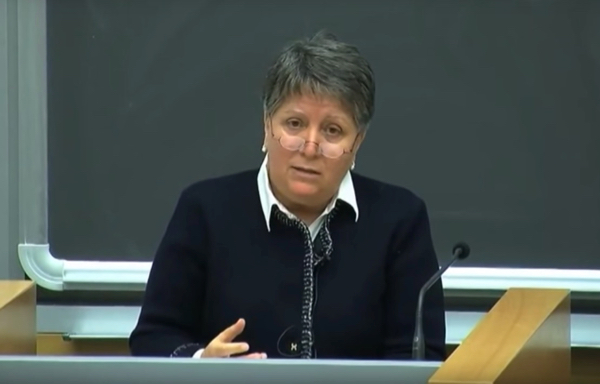 A Vatican glass ceiling has been broken after Pope Francis appointed the first women advisers to the Church’s central doctrinal body.

Three female theologians, including a 43-year-old, have been chosen to serve as consulters to the Congregation for the Doctrine of the Faith, originally the office of the inquisition but today tasked with defending and promoting Catholic teaching across the world.

On Saturday 21 April, it was announced that Francis had chosen five new consulters to the important Vatican department, including three women. Two of these are two Italian academics: Linda Ghisoni, currently undersecretary at the Vatican’s laity, family and life dicastery, and Michelina Tenace, who teaches theology at the Pontifical Gregorian University. The third is a Belgian, Laetitia Calmeyn, a theologian based at the College dés Bernardins in Paris. Two priests were also among those named.

Consulters play an important role in any Vatican department and even more so at the doctrinal body where they asked to weigh on in important theological matters. The congregation, which for years was led by Benedict XVI, is also consulted by the Pope and all Holy See departments on questions of Church teaching and doctrine. While having a key role under the last two pontificates it has become less prominent under Francis, in part due to the uneasy relationship between the Pope and its former Prefect, Cardinal Gerhard Muller.

Now led by Archbishop Luis Ladarai, a Jesuit like Francis but a more low key figure than his predecessor, it has now been brought back into the loop under this papacy. This is a return to a tradition given the congregation is aimed at being an arm of the papacy and until 1965 was run by a “secretary” (the Pope was the prefect).

Archbishop Ladaria will now involve women when discussing the major theological matters in his department’s in-tray. And he has some highly qualified new colleagues.

Professor Ghisoni has a doctorate in Canon Law, a subject she teaches at the Gregorian University, along with degrees in Theology and Philosophy. She is a “under-secretary” at the laity, family and life dicastery and in charge of the “the section for the lay faithful”.  Aged 52, She is married with two children.

Professor Calmeyn, 43, is a youthful appointment by Church standards where most of those in senior positions are in their 60s or 70s. A consecrated laywoman and former nurse specialising in palliative care, the Belgian academic is based in the Archdiocese of Paris. She received a doctorate from the John Paul II Institute (now the John Paul II Pontifical Theological Institute for Marriage and Family Sciences) in Rome in 2009.

Her combining of an expertise in theology with nursing corresponds with this Pope’s desire for theologians to do their work among people.

Finally, Professor Tenace focusses on the interface between theology and anthropology and is an expert in Oriental Christianity. Aged 63, she is a consecrated laywoman and studied literature at Rome’s La Sapienza university before receiving a doctorate in theology from the Gregorian university.

The Pope’s decision to name the female advisers is part of an attempt by him to give greater roles to women inside the Church. Until this pontificate, all consultants to Vatican congregations were men with Francis breaking the mould with his January 2017 naming of two female advisers to the Congregation for Divine Worship, the dicastery which handles liturgy.

Francis has also established a commission to examine female deacons and has named women to senior roles inside the Vatican including at the department for laity, family and life.

But he’s also faced criticism for not doing more and for some of his folksy remarks about women including when he described female theologians as the “strawberries on the cake”. There are also no women in the top two management roles in any Vatican department while the membership of a Holy See body remains exclusively for male prelates.

This Pope has largely veered away from battles over doctrine on rules and has instead focussed on making the Church more outwardly focussed on mission.  Nevertheless, he has urged theologians to be anchored in the teachings of the 1962-65 Second Vatican Council and warned them against divorcing their work from their. Theology, the Pope has said, is “fruitful only if it is done with an open mind and on one's knees”.