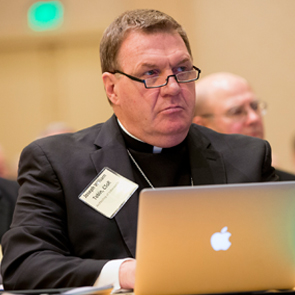 US Church divided on how to 'read' Pope Francis

In a dangerous move in one of the world’s most authoritarian states, four Eritrean bishops have published a letter describing their country as “desolate”, because so many people have fled or are in prison or the army.

They say the Horn of Africa nation’s lack of freedom is forcing young people to flee overseas. The obligation on men to do national service until the age of 40, is another reason that as many as 3,000 Eritreans flee into neighbouring Sudan and Ethiopia every month.

They leave “for peaceful countries, to countries of justice, of work, where one can express oneself openly”, said Bishops Mengsteab Tesfamariam of Asmara, Tomas Osman of Barentu, Kidane Yeabio of Keren and Feqremariam Hagos of Segeneiti.

“There is no reason to search for a country of honey if you are in one,” they reflected, commenting that the deaths of at least 300 Eritrean migrants last October, when a boat carrying them to Europe capsized near the Italian island of Lampedusa, “shouldn’t have happened in modern times”.

The bishops also lamented fragmentation of the family unit “because members are scattered in national service, army, rehabilitation centres, prisons, and the aged parents are left with no one to care for them”.

Although the bishops were careful not to condemn the Government of President Isaias Afwerki directly, they could now face repercussions. Eritrea is ranked worst in the world for press freedom by the rights group Reporters Without Borders. The letter was dated 25 May but only published online this week.