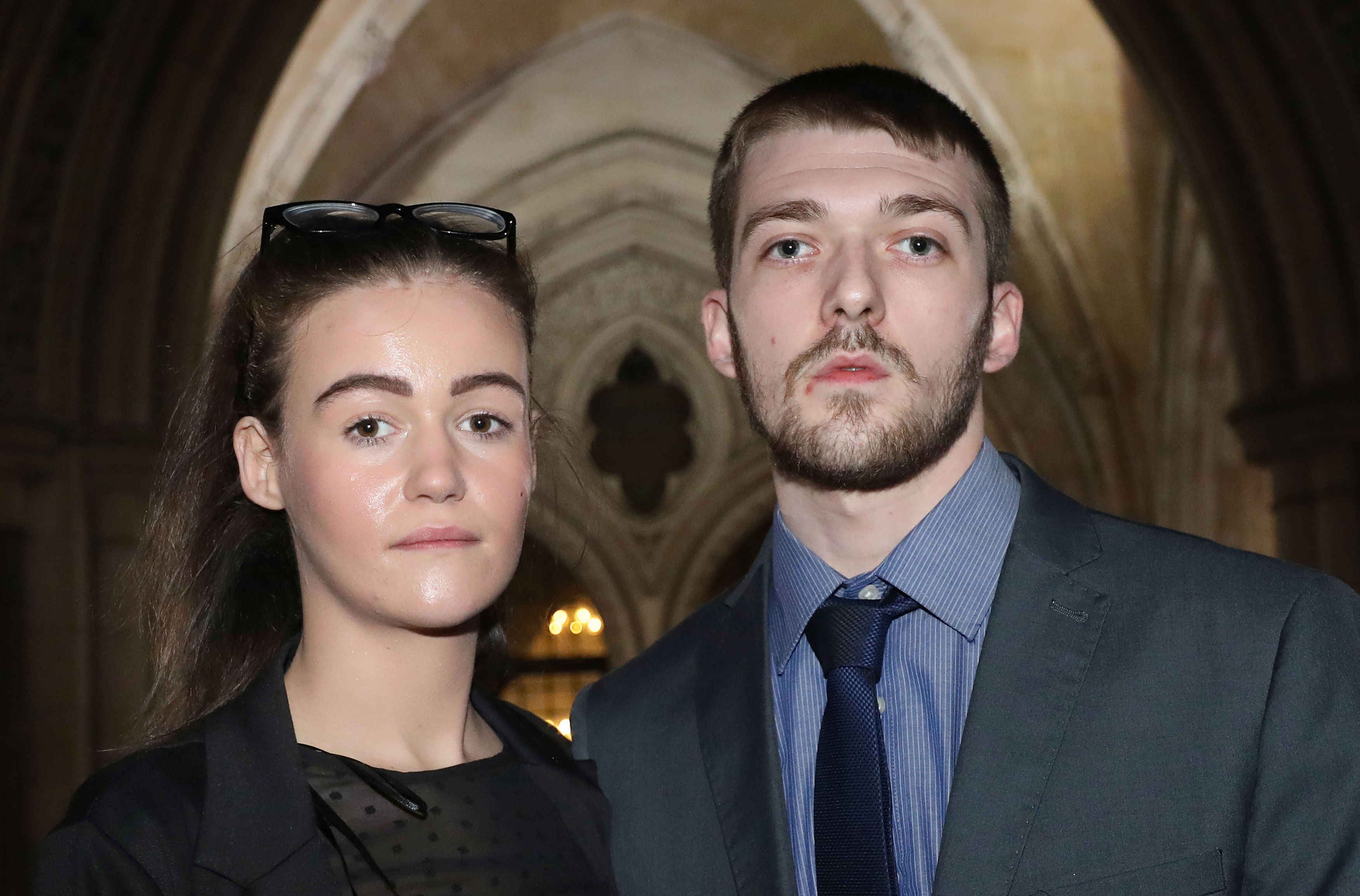 ‘Is my dad in heaven?’ little boy asks Pope

'God is the one who says who goes to heaven,' the pope explained 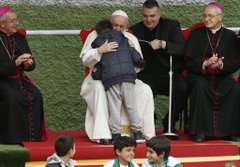 After circling a massive, crumbling public housing complex on the outskirts of Rome, Pope Francis had an emotional encounter with the neighbourhood’s children.

Question-and-answer sessions with youngsters are a standard part of Pope Francis’ parish visits. And, at St. Paul of the Cross parish on 15 April, there were the usual questions like, “How did you feel when you were elected pope?”

But then it was Emanuele’s turn. The young boy smiled at the pope as he approached the microphone. But then froze. “I can’t do it,” Emanuele said.

Msgr. Leonardo Sapienza, a papal aide, encouraged the boy, but he kept saying, “I can’t.”

“Come, come to me, Emanuele,” the pope said. “Come and whisper it in my ear.”

Msgr. Sapienza helped the boy up to the platform where the pope was seated. Emanuele was sobbing by that point, and Pope Francis enveloped him in a big embrace, patting his head and speaking softly to him.

With their heads touching, the pope and the boy spoke privately to each other before Emanuele returned to his seat.

“If only we could all cry like Emanuele when we have an ache in our hearts like he has,” the pope told the children. “He was crying for his father and had the courage to do it in front of us because in his heart there is love for his father.”

Pope Francis said he had asked Emanuele if he could share the boy’s question and the boy agreed. “‘A little while ago my father passed away. He was a nonbeliever, but he had all four of his children baptised. He was a good man. Is dad in heaven?'”

“That man did not have the gift of faith, he wasn’t a believer, but he had his children baptised. He had a good heart,” Pope Francis said.

“God is the one who says who goes to heaven,” the pope explained.

The next step in answering Emanuele’s question, he said, would be to think about what God is like and, especially, what kind of heart God has. “What do you think? A father’s heart. God has a dad’s heart. And with a dad who was not a believer, but who baptised his children and gave them that bravura, do you think God would be able to leave him far from himself?”

The children shouted, “No.”

“There, Emanuele, that is the answer,” the pope told the boy. “God surely was proud of your father, because it is easier as a believer to baptise your children than to baptise them when you are not a believer. Surely this pleased God very much.”

Pope Francis encouraged Emanuele to “talk to your dad; pray to your dad.”

“What does your heart tell you?” the pope asked Carlotta. She said, they are, too.

“Right, and I’ll explain,” the pope told her. “We are all children of God. Everyone. Everyone.”

The nonbaptized, members of other religions, those who worship idols, “even the mafiosi,” who terrorize the neighborhood around the parish, are children of God, though “they prefer to behave like children of the devil,” he said.

“God created everyone, loves everyone and put in everyone’s heart a conscience so they would recognise what is good and distinguish it from what is bad,” the pope said.

The difference, he said, is that “when you were baptised, the Holy Spirit entered into that conscience and reinforced your belonging to God and, in that sense, you became more of a daughter of God because you’re a child of God like everyone, but with the strength of the Holy Spirit.”