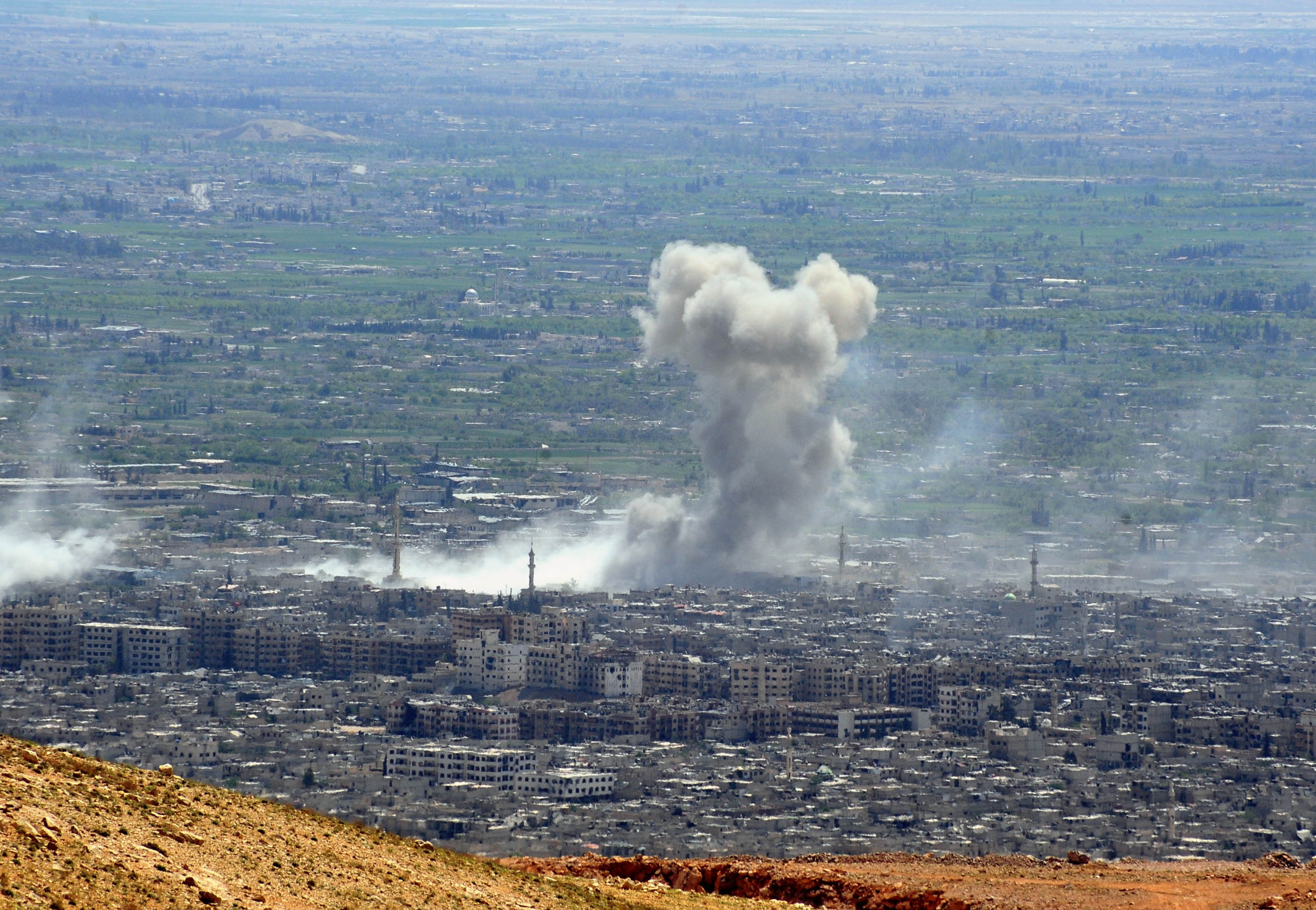 Pope denounces use of chemical weapons 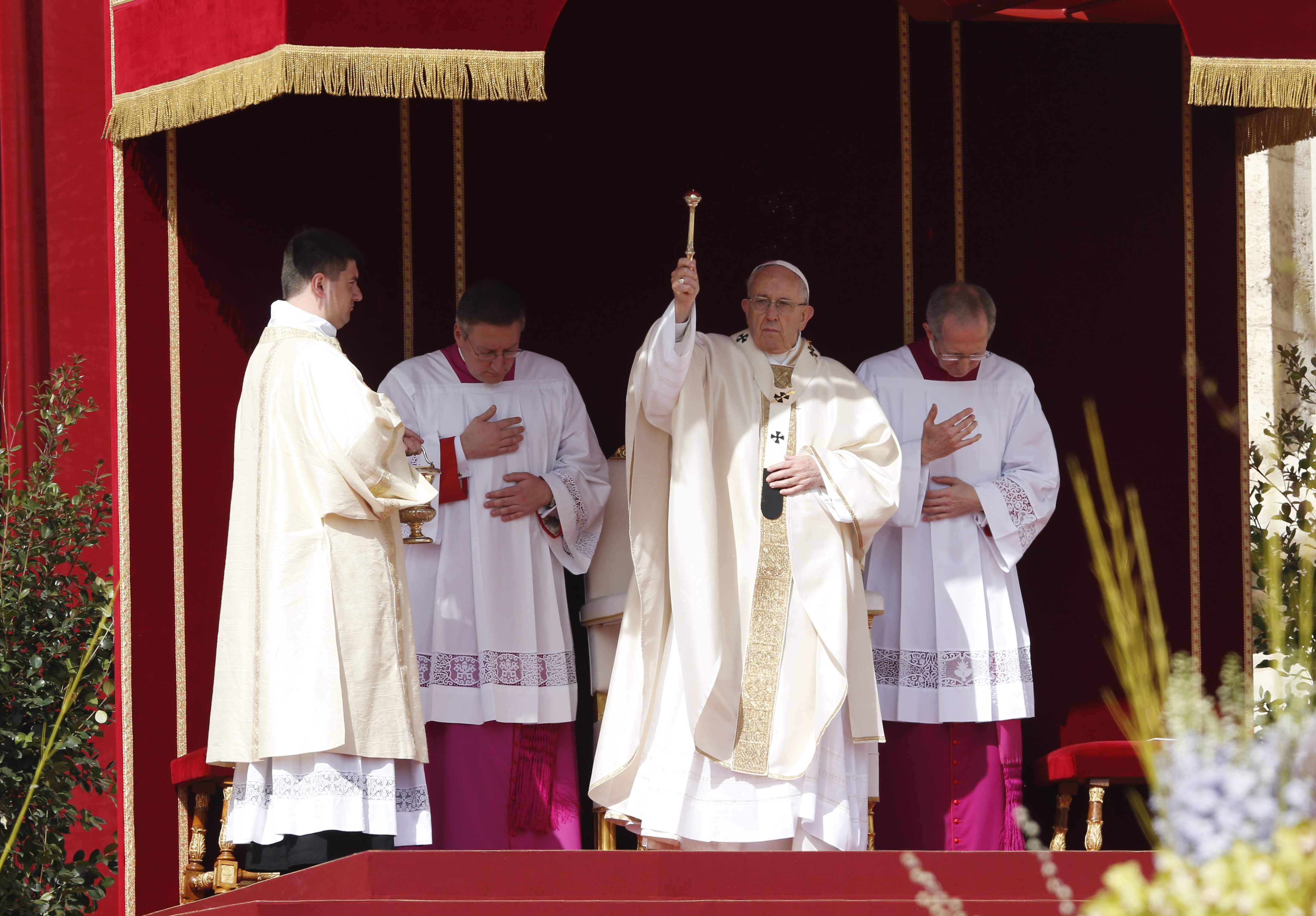 Feeling ashamed of one's sins does not mean wallowing in guilt, rather it is the gateway all men and women can use to experience firsthand God's tender mercy and forgiveness, Pope Francis said.

Christians should be grateful for shame because it "means that we do not accept evil, and that is good," the pope said April 8 at an outdoor Mass in St. Peter's Square commemorating Divine Mercy Sunday.

"Shame is a secret invitation of the soul that needs the Lord to overcome evil," the pope said. "The tragedy is when we are no longer ashamed of anything. Do not be afraid of being ashamed! Let us pass from shame to forgiveness!"

Divine Mercy Sunday, celebrated every year on the Sunday after Easter, was added to the universal church calendar by St. John Paul II in 2000. The Polish pope was a longtime devotee of the Divine Mercy devotions of St. Faustina Kowalksa, whom he beatified in 1993 and canonized in 2000.

As Pope Francis celebrated the Mass, a painting of Jesus inspired by St. Faustina's visions was near the altar. The image, perched on top a bed of white roses, depicts Jesus with one hand raised in blessing and the other pointing to his heart emanating red and white light.

As the sounds of the Sistine choir filled the air, Pope Francis stood and bowed reverently in front of the painting before incensing it three times.

In his homily, the pope reflected on the Sunday Gospel reading from St. John which recalled the apostle Thomas' disbelief at Christ's resurrection.

Despite Thomas' initial lack of faith, Pope Francis said, Christians should learn from his example and not be content with hearing from others that Jesus is alive.

"A God who is risen but remains distant does not fill our lives; an aloof God does not attract us, however just and holy he may be. No, we too need to 'see God,' to touch him with our hands and to know that he is risen for us," the pope said.

Like Thomas and the disciples, he explained, Christian men and women can only understand the depth of God's love by "gazing upon" Jesus' wounds.

Although "we can consider ourselves Christians, call ourselves Christians and speak about the many beautiful values of faith," he said, "we need to see Jesus by touching his love. Only thus can we go to the heart of the faith and, like the disciples, find peace and joy beyond all doubt."

There are several "closed doors" that must be opened in order to experience this love and to understand that God's mercy "is not simply one of his qualities among others, but the very beating of his heart," Pope Francis said.

The first step, he said, is seeking and accepting God's forgiveness which is often difficult because "we are tempted to do what the disciples did in the Gospel: to barricade ourselves behind closed doors."

"They did it out of fear, yet we too can be afraid, ashamed to open our hearts and confess our sins," the pope said. "May the Lord grant us the grace to understand shame, to see it not as a closed door, but as the first step toward an encounter."

Another closed door is remaining resigned to one's sins, he said, so "in discouragement, we give up on mercy."

Through the sacrament of reconciliation, Christians are reminded that "it isn't true that everything remains the way it was," and absolution allows them "to go forward from forgiveness to forgiveness."

The final door, Pope Francis said, is the actual sin that is "only closed on one side, our own," because God "never chooses to abandon us; we are the ones who keep him out."

However, he added, confession allows for God to work his wonders and "we discover that the very sin that kept us apart from the Lord becomes the place where we encounter him."

"There the God who is wounded by love comes to meet our wounds. He makes our wretched wounds like his own glorious wounds. Because he is mercy and works wonders in our wretchedness," the pope said.

Pic: Pope Francis blesses the crowd with holy water as he celebrates Mass marking the feast of Divine Mercy in St. Peter's Square at the Vatican April 8. (CNS photo/Paul Haring)