Besides his failings, there were many acts of goodness, courage and kindness in the life of the late Cardinal Keith O'Brien 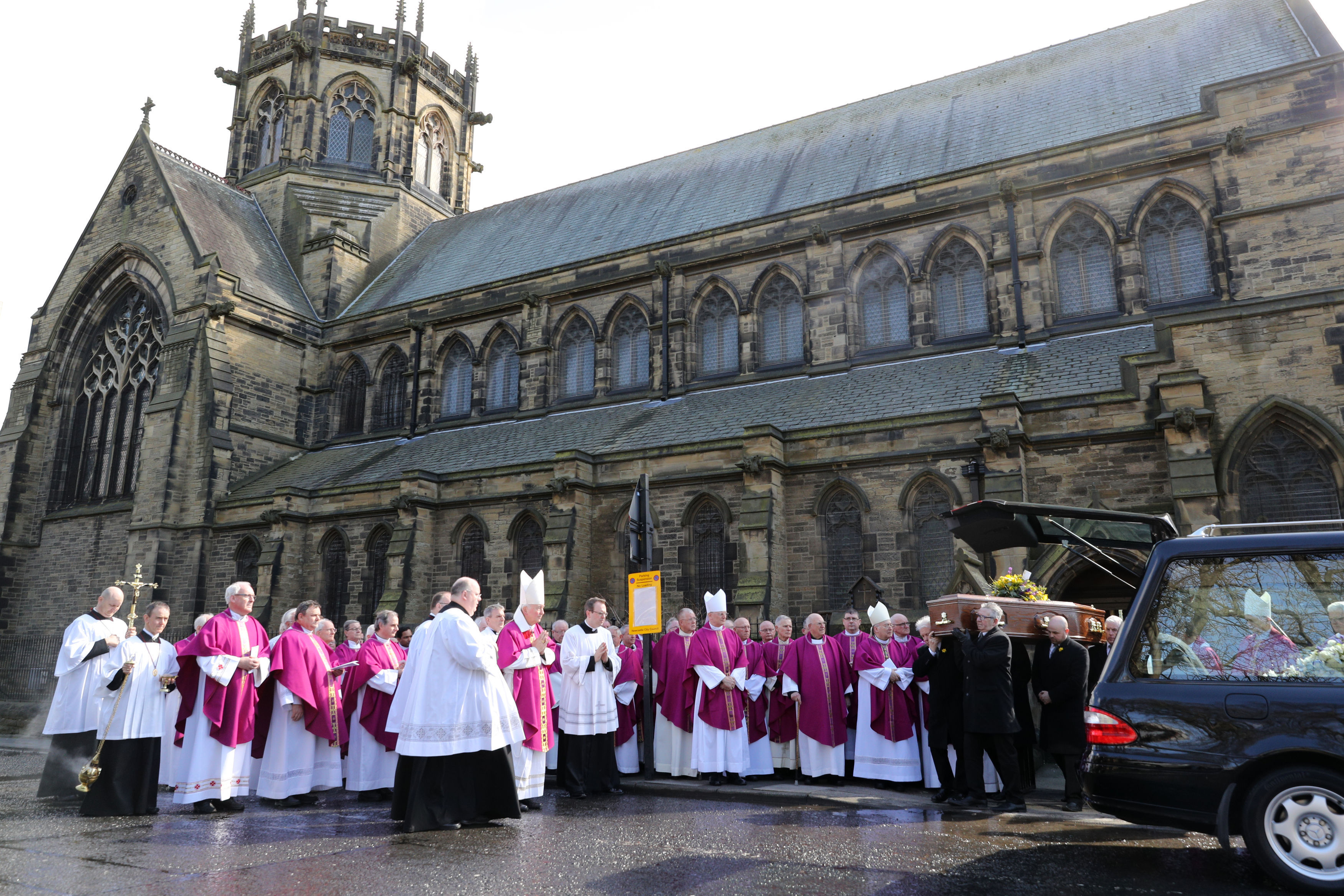 There were many acts of goodness, courage and simple kindness in the life of the late Cardinal Keith O'Brien, the Archbishop of Westminster said today.

In his homily at Cardinal O'Brien's funeral Mass at the Church of St Michael in Newcastle, Cardinal Vincent Nichols said these characteristics should be considered along with his failings.

“In the life of Cardinal O’Brien, as well as his failings, there was goodness, courage and many acts of simple kindness. Not least was his determination to serve the poor of the world. But when we come to stand before God we do so best when we come empty-handed," he said.

“No matter how great or slight our achievements might be, we cannot depend on them. No, we come before God empty-handed so that we can receive the one thing necessary: a full measure of God’s mercy.”

The cardinal, a flawed, colourful and outspoken church leader, died on Monday March 19. Claims by three serving priests and a former priest that he had committed “inappropriate acts” during the 1980s forced O’Brien to opt out of the 2013 papal conclave that elected Pope Francis. Two years later, he renounced the “rights and duties” of a cardinal, the first cardinal to “give up” his red hat since 1927.

Those present at the funeral Mass included his successor at St Andrews and Edinburgh, Archbishop Leo Cushley, and Bishop of Dunkeld Stephen Robson. The Apostolic Nuncio Archbishop Edward Adams was also present, along with Cardinla Seán Brady, retired Archbishop of Armagh and Primate of All Ireland. Among the 70 priests who concelebrated with the bishops was the parish priest of San Sebastiano al Palatino, Cardinal O'Brien's titular church in Rome. The church was full with about 500 lay mourners also, most having travelled from Scotland and many wearing tartan.

Cardinal Nichols said: “In recent days, the life of Cardinal Keith has been laid bare. We all know its lights and its darkness; we need not spend time talking about them even more for he has given us the key words." In his last will and testament he wrote: "I ask forgiveness of all I have offended in this life. I thank God for the many graces and blessings he has given me especially the Sacrament of Holy Orders."

"Today, as we prayer for the repose of his soul, we also pray for all those he offended and ask God to strengthen them at this time."

Cardinal Nichols said the late Cardinal has followed in the footsteps of St Patrick, whose name is among those that Keith Patrick O’Brien was given. St Patrick wrote in his Confessions: "It is with fear and trembling that I should be awaiting the verdict that’s coming to me on that (judgement) day, when none of us can go absent or run for cover; and when every last one of us will have to answer for even our smallest sins at the court of Christ the Lord."

Cardinal Nichols referred to the recent Year of Mercy. "During it, Pope Francis encouraged us to ‘rediscover the infinite mercy of the Father who welcomes everyone and goes out personally to encounter each of them.’ The Pope also explained to us that ‘Jesus Christ is the face of the Father’s mercy’, adding, ‘Jesus of Nazareth, by his words, his actions, and his entire person reveals the mercy of God"."

The homily was published in full in the Scottish Catholic Observer.

Afterwards, Canon Matt McManus, who in a leletter in this week's Tablet regrets that he was not buried in St Mary’s Cathedral, Edinburgh as he requested, said: "It was very well done. The mood was sombre. There was a feeling it was in the wrong place. But apart from that it was extremely well done, extremely dignified."

Pic:  The coffin of Cardinal Keith O'Brien leaves the Church of St Michael in Newcastle, after his funeral service. Picture by: Owen Humphreys/PA Wire/PA Images