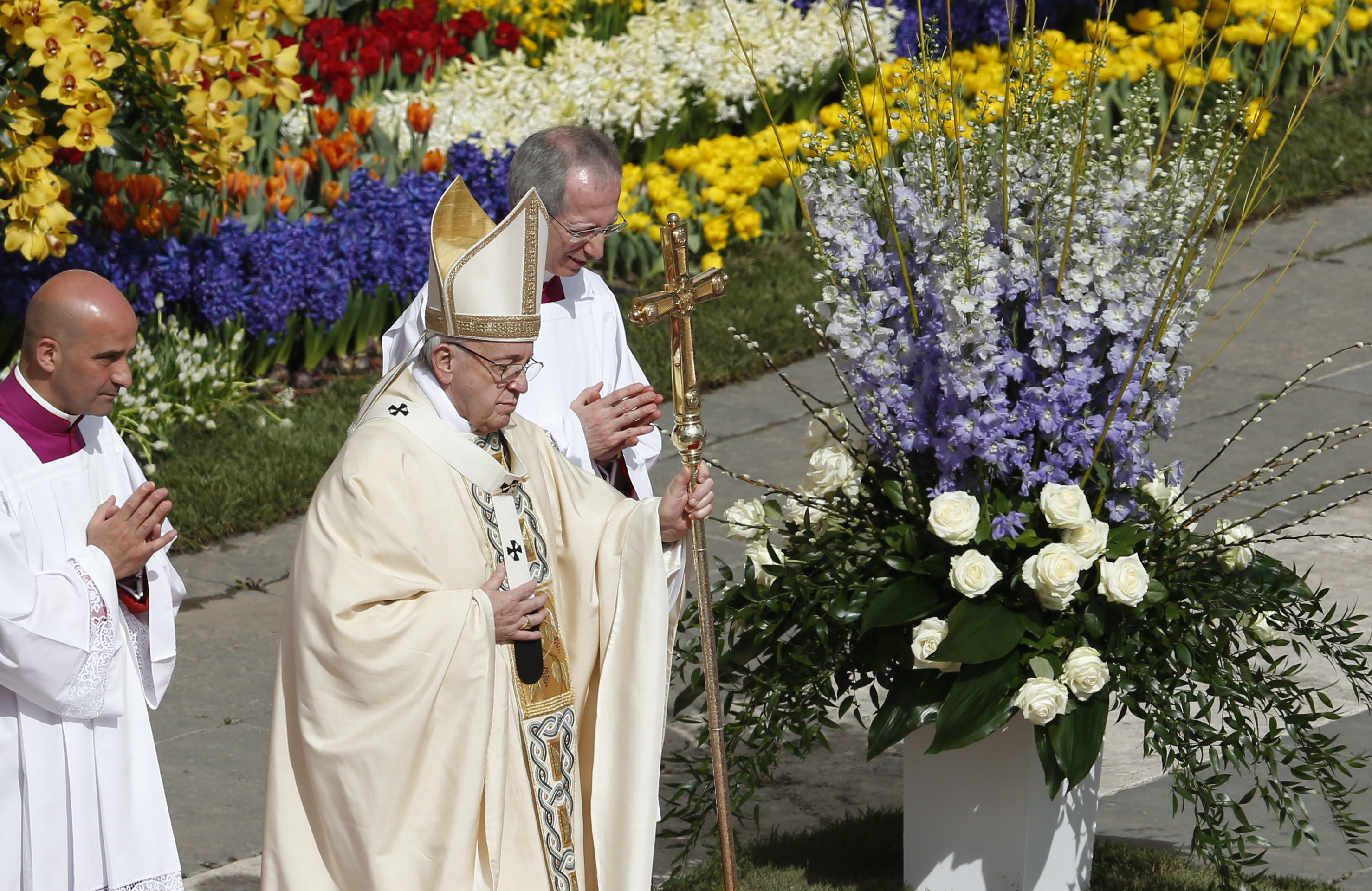 The traditional Dutch gift of flowers to adorn Saint Peter’s Square at Easter came this year with a few new additions – laser beam projectors and menacing kites to frighten away Rome’s hungry seagulls.

Dutch florists sent three truckloads of tulips, roses, lilies, orchids and other flowers to the Vatican last Tuesday after Rotterdam’s Bishop Hans van den Hende blessed them at Keukenhof southwest of Amsterdam, one of the world’s largest flower gardens.

The famous flower industry in the Netherlands has donated the flowers annually since 1985 and as usual the Pope thanked them for the gift in his “Easter wish” after his Urbi and Orbi address.

He said: "I thank you for your presence on this Easter day, the most important feast of our faith, because it is the feast of our salvation, the feast of God's love for us. Special thanks for the gift of flowers, which come this year from the Netherlands.”

About 30 florists travel down to Rome to unpack and arrange tens of thousands of flowers, shrubs and trees on Holy Saturday so the square is awash with the colours of spring on Easter morning. Prepared months in advance, the operation has gone off smoothly for years – until 2017.

“It was very scary,” chief floral arranger Paul Deckers said. “We arrived in the square at six o’clock (on Eastern morning) and I saw that seagulls had attacked the rows of daffodils. Other flower arrangements had been attacked too.”

Rome is only about 30 km (18 miles) from the Mediterranean Sea and seagulls regularly visit the city looking for food.

After he returned home, Deckers put out the word that he needed a solution for 2018. “We got more than 400 responses,” he told Dutch television, including one from a company that supplies laser projectors to airports to keep birds away.

Another idea the florists liked was to fly kites that look like birds of prey, a kind of airborne scarecrow that seagulls would instinctively avoid.

Deckers said that Vatican City officials had approved these unusual measures in principle, but he was ready for last minute changes.

The splendid floral arrangements could be seen as a kind of advertising for one of the country’s main exports, but Deckers insisted he and his colleagues did not do this for publicity.

"That is absolutely not on,” he said. “Just the fact that the Pope says ‘thanks for the flowers’ is enough to make us very happy.”

Deckers, who has worked on the Easter flower displays for three decades, has been master floral designer for the past three years. This year, he has chosen the cymbidium, a hearty green-and-yellow orchid, as the special highlight of the show.

Along with the flowers, he has also chosen potted birch and lime trees to place around the square, tall enough to add a touch of height to the display but out of the way so television cameras can focus on Pope Francis and the Easter Mass.

Charles Lansdorp, spokesman for the Easter flowers organisation in St Peter's, told The Tablet: "The lasers were in use on Saturday night and early on Sunday morning. They don't shoot at the birds but send a green light across the flowers which the seagulls don't like and try to avoid. We checked at 6am on the Sunday morning and the flowers were fine."
He explained that the danger time for the flowers was early in the morning when no-one is in the square and the seagulls would target them. The lasers, Mr Lansdorp added, were not needed during the Mass because of the people in the square, which the Vatican this year estimated at 80,000.
Swooping seagulls are a growing problem in the Eternal City and across Europe, with numbers growing thanks to an increase in discarded food in urban areas and higher than average temperatures.