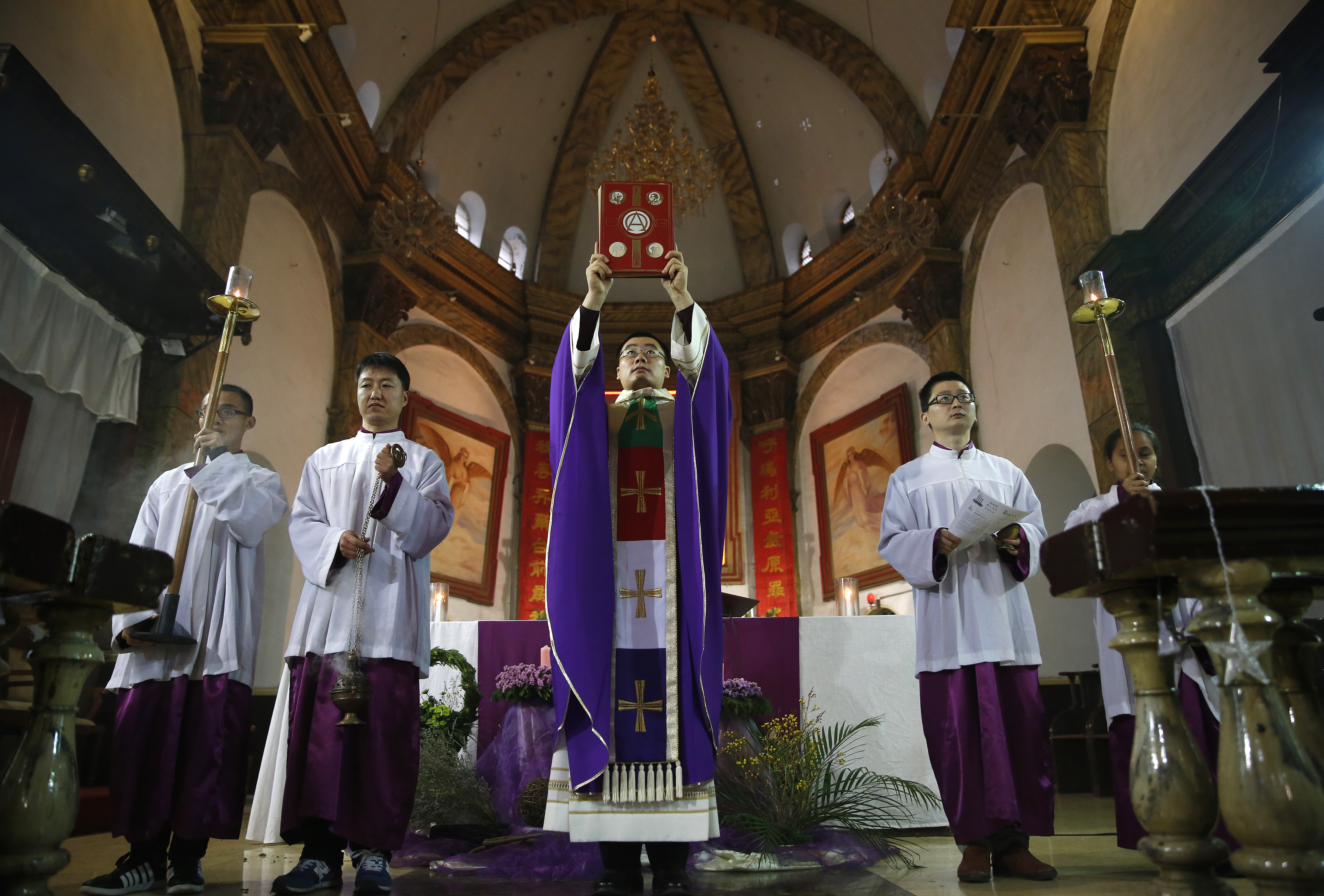 By washing feet outside the Vatican, Pope Francis continued in a Holy Thursday tradition he started five years ago 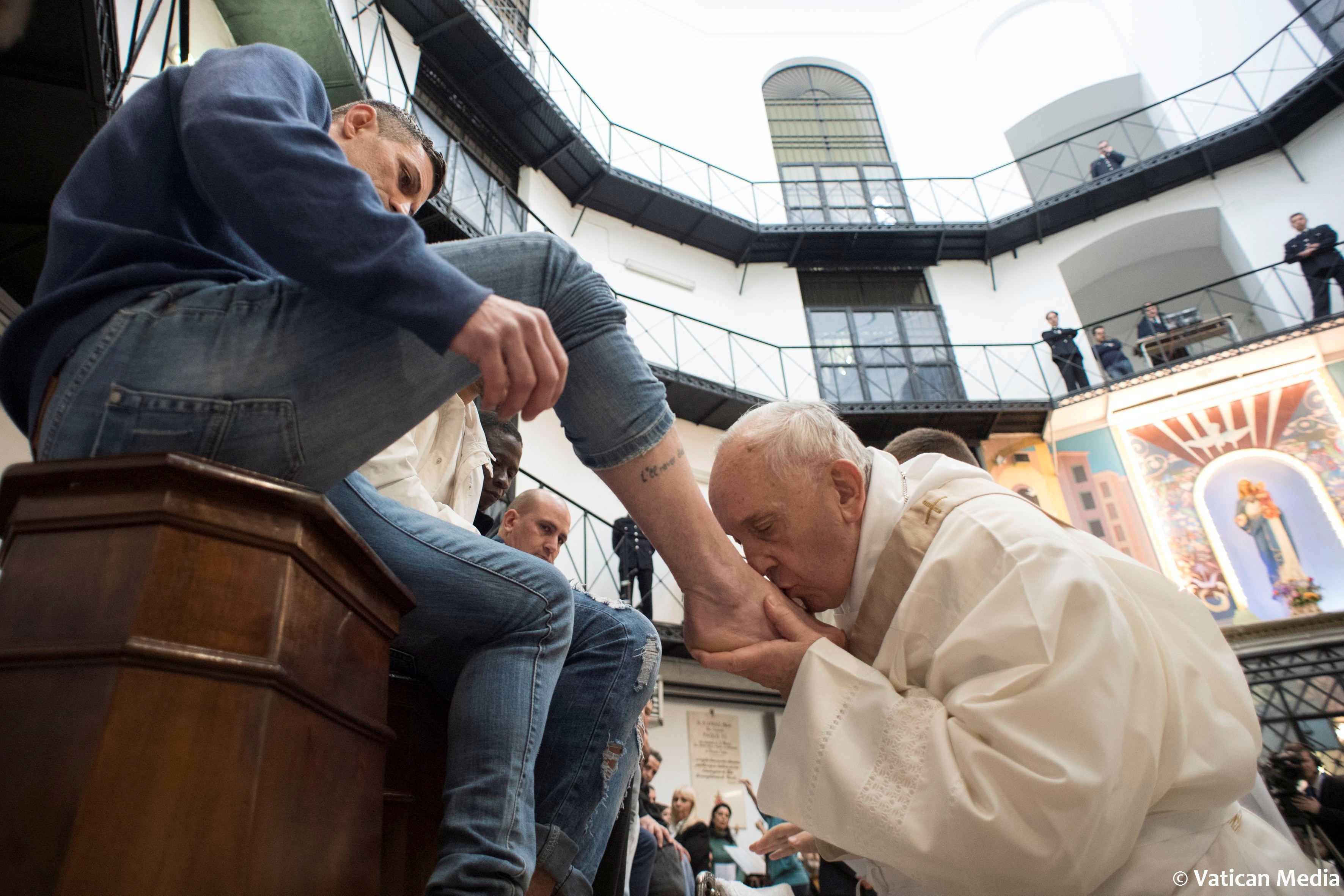 Pope Francis washed the feet of twelve inmates in a Rome prison on Thursday, telling them that jail sentences must be “open to hope” and condemning the death penalty as “not Christian or human”.

The 81-year-old Argentinian pontiff continued in a Holy Thursday tradition he started five years ago of taking the washing of the feet ritual away from the Vatican and out to the margins of society, this time to the Regina Coeli prison.

Celebrating the Mass of the Lord’s Supper on Thursday, the first of the Easter Triduum services, the Pope said that Jesus’ decision to wash his disciples feet showed that leadership is service, and lamented that Christ’s example was ignored by so many in positions of power.

“Those who lead must serve,” Francis said during his homily. “If so many kings, emperors, heads of state had understood this teaching of Jesus and done this instead of giving orders to be cruel, to kill people, how many wars would not have happened!”

His central message for the prisoners was not to give up hope; that however bad their situation, there is the possibility of forgiveness; and that even though society has discarded them, Jesus tells them: “You are important to me.”

Explaining that Jesus “takes a risk on each of us” the Pope explained: “Know this: Jesus is called Jesus, he is not called Pontius Pilate,” in reference to the Roman prefect who sentenced Christ to death but first "washes his hands" of the matter. “Jesus can not wash his hands”, the Pope said. “He only knows how to risk.”

After the homily, the Pope got on his knees to wash the feet of twelve male prisoners, including two Muslims and a Buddhist. He has in the past washed the feet of non-Christians; he has also washed the feet of women and changed the liturgical rules to allow the latter to participate in the ritual.

"I am a sinner but come as Christ's ambassador,” the Pope told the prisoners. “When I wash your feet, remember that Jesus never abandons you and he never tires of forgiving you." 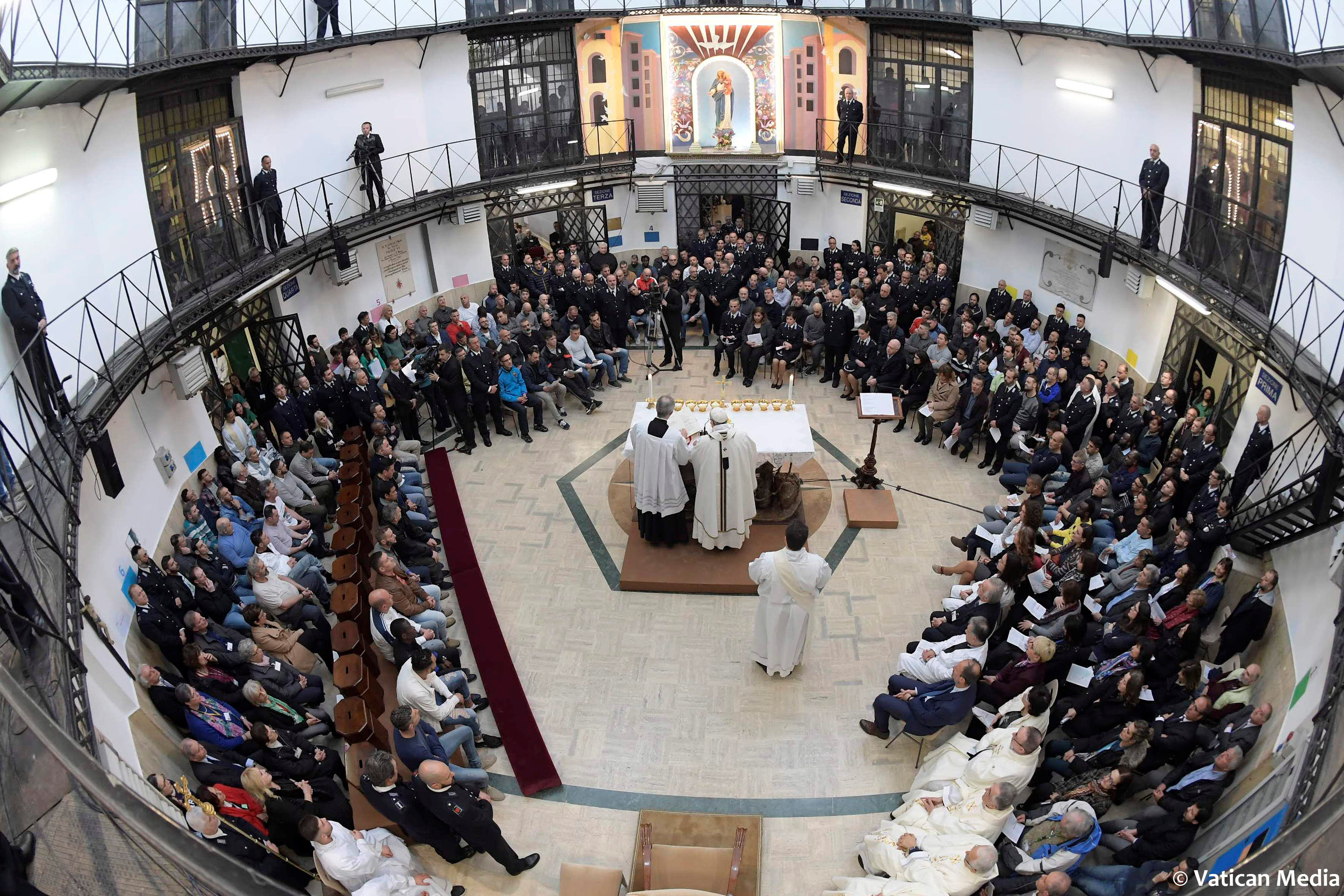 Later, in off the cuff remarks at the end of Mass, the Pope said that every prison sentence must be “open to hope”, otherwise it is not human, and for inmates to be able to return to society. And he once again condemned the death penalty, something he has done repeatedly throughout his pontificate.

The Regina Coeli is Rome’s oldest and best known prison, just a stone’s throw from the Vatican and housing 900 male inmates, the majority of whom are foreigners. Originally built in the 17th century as a convent it was converted into a prison in the 19th century. Other Popes have paid visits there before including a famous one by John XXIII on Boxing Day 1958 when he told them: “You could not leave to see me, so I have come to see you.”

Throughout his pontificate – and also when he was Archbishop of Buenos Aires –  Francis has paid special attention to prisoners, often visiting detention centres and spending Sunday afternoons speaking to inmates.

On Thursday, during the sign of peace, he urged those present to use it as a moment for reconciliation and to think of "those who do not love us" and the people "we would like to take revenge on".

Pic 1: Pope Francis kisses the foot of an inmate during Holy Thursday Mass March 29 at Regina Coeli prison in Rome. The pope celebrated Mass and washed the feet of 12 inmates at the prison. (CNS photo/Vatican Media)