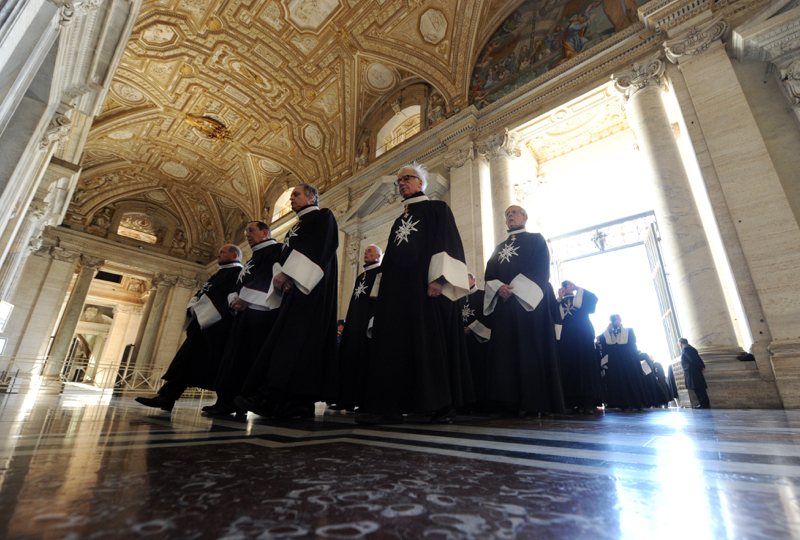 Aborting a child with a prenatal diagnosis of Down's syndrome is a gross violation of human rights and can be considered genocide, according to speakers at a panel at the United Nations.

"Here at the United Nations there is much sincere talk and normally passionate action to fight against unjust discrimination," said Archbishop Bernardito Auza, Vatican nuncio to the United Nations. "But as firm as these commitments are in principle, many delegations, UN agencies and active members of civil society tolerate gross violations of these commitments in practice."

For example, groups that claim to advance the rights and equality of vulnerable women and girls are notably silent when pre-genetic screening followed by sex-selection abortion ends the lives of those they claim to defend, Archbishop Auza told the panel, on 20 March.

Such tacit cooperation in this lethal form of discrimination against girls is, at least, inconsistent, and the inconsistency is even more pronounced in what is happening with those prenatally diagnosed with Down syndrome, he said.

"Despite the commitments made in the Convention on the Rights of Persons With Disabilities to promote, protect and ensure the full and equal enjoyment of all human rights, including that of the right to life, by all persons with disabilities, so many members of the international community stand on the sidelines as the vast majority of those diagnosed with Trisomy 21 have their lives ended before they're even born," he continued.

Down's syndrome, or Trisomy 21, is a genetic condition caused by the presence of all or part of a third copy of the 21st chromosome. Down's syndrome causes a distinct facial appearance, developmental delays and mild to moderate intellectual disability.

Archbishop Auza said children with Down's syndrome and their families are simply among "the happiest groups of people alive", and the world is happier because of them.

He cited a 2011 study published in the American Journal of Medical Genetics by Harvard University researchers. It showed that 99 percent of those with Down's syndrome say they are happy with their lives, 99 percent of their parents said they love their child with Down syndrome, 79 percent said their outlook on life is more positive because of their child and just 4 percent regret having their child.

A CBS News report in August 2017 said Iceland was on the verge of eliminating Down's syndrome births.

"What it really meant was that it was eliminating those with Down's syndrome because 100 percent of parents of babies who receive a prenatal diagnosis of Down's syndrome were choosing to end the life of their son or daughter," said Archbishop Auza.

The growing availability of systematic prenatal screening is associated with increased abortion rates for babies with Down's syndrome in Europe, Australia and China, according to Mary O'Callaghan, a public policy fellow at the Centre for Ethics and Culture at the University of Notre Dame.

She said in many places, babies with disabilities are exempted from laws that limit abortion based on gestational age or capacity to experience pain.

O'Callaghan said the Convention on the Rights of Persons With Disabilities prohibits laws which explicitly allow for abortion on grounds of impairment, yet Yadh Ben Achour, a member of the U.N Human Rights Committee, said in November 2017 that defending those with disabilities "does not mean that we have to let a disabled fetus live. This is a preventive measure."

In the United States, approximately 6,000 children each year are born with Down's syndrome. O'Callaghan said 67 percent of pregnancies with a Down's syndrome prenatal diagnosis are aborted.

She said abortion of babies with Down's syndrome is "deeply embedded in obstetrics" and leads to a "substandard model of care that allows for elimination but not treatment".

O'Callaghan quoted the late French geneticist Jerome Lejeune, who said: "Medicine becomes mad science when it attacks the patient instead of fighting the disease." Lejeune identified the chromosomal abnormality that causes Down's syndrome and was the founding president of the Vatican Pontifical Academy for Life.

Mikayla Holmgren, a 23-year-old Minnesotan with Down's syndrome, described her joyful life as an award-winning dancer, high school graduate and current student at her parents' alma mater, Bethel University. She is enrolled in a two-year certificate program there for individuals with intellectual disabilities.

She won the 2015 Miss Amazing Junior Miss pageant for girls and young women with disabilities and competed for the Miss Minnesota title as the first woman with Down's syndrome to compete in a Miss USA state pageant.

"God made me a voice for those who cannot speak," she said. "There are countries that would like to get rid of people like me. This makes me sad."

Kurt Kondrich, a retired Pittsburgh police officer, became a full-time advocate for people with Down's syndrome after his daughter was born with Trisomy 21.

He, his wife, Margie, and their daughter, Chloe, were instrumental in passing a 2014 law that requires health care providers in Pennsylvania to provide information about services available to women who get prenatal diagnosis indicating their babies have Down's syndrome.

Abortion of children with Down's syndrome is prenatal genocide, Kondrich said. He also described it as the ultimate form of prejudice, bigotry and prenatal bullying. "This is a prenatal death sentence given to people who are completely innocent," he said.

Kondrich said his grown son, Nolan, is "a better more caring man" because of his relationship with Chloe. "Think of all the missing siblings," he said.

Deidre Pujols, wife of Major League baseball player Albert Pujols, vice president of the Pujols Family Foundation and mother of a 20-year-old daughter with Down syndrome, said the prenatal elimination of millions of babies with Down syndrome worldwide evokes troubling parallels to Hitler's quest for the perfect race.

The modern version includes "comfort talk" to expectant parents about making life easier without a disabled baby, she said.

Free will is a dangerous gift, she continued, asking whether if populations can be profiled, devalued and eliminated before their first breath, then why should caregivers suffer the burden of elders with Parkinson's or Alzheimer's disease?

Dr. Patricia White Flatley, co-founder of Research Down Syndrome, described recent strategic approaches to address cognitive and medical issues after many years in which there was "widespread disinterest" in such research.

Although Down's syndrome is widely recognised to be associated with an increased incidence of some medical conditions, including congenital heart abnormalities, autoimmune disorders, and leukaemia, it is less well-known that, compared to the general population, those with Down's syndrome have a much lower incidence of certain other health disorders, including cardiovascular conditions, strokes and breast cancer, she said.

The Permanent Observer Mission of the Holy See to the United Nations co-sponsored the panel titled "No Room in Rural Villages, Cities and Homes for Those With Disabilities? Are Girls and Boys With Down Syndrome Being Left Behind?" The other co-sponsors were the Pujols Family Foundation, the Center for Family and Human Rights, the Jerome Lejeune Foundation and the film "Summer in the Forest," being March 23.

Held in observance of the 13th World Down Syndrome Day March 21, the panel was a side event to the 62nd session of the Commission on the Status of Women.

Pic: A young girl sitting next to Pope Francis smiles during an audience with Special Olympics athletes participating in the Unified Football tournament, at the Vatican Oct. 13. (CNS photo/L'Osservatore Romano)