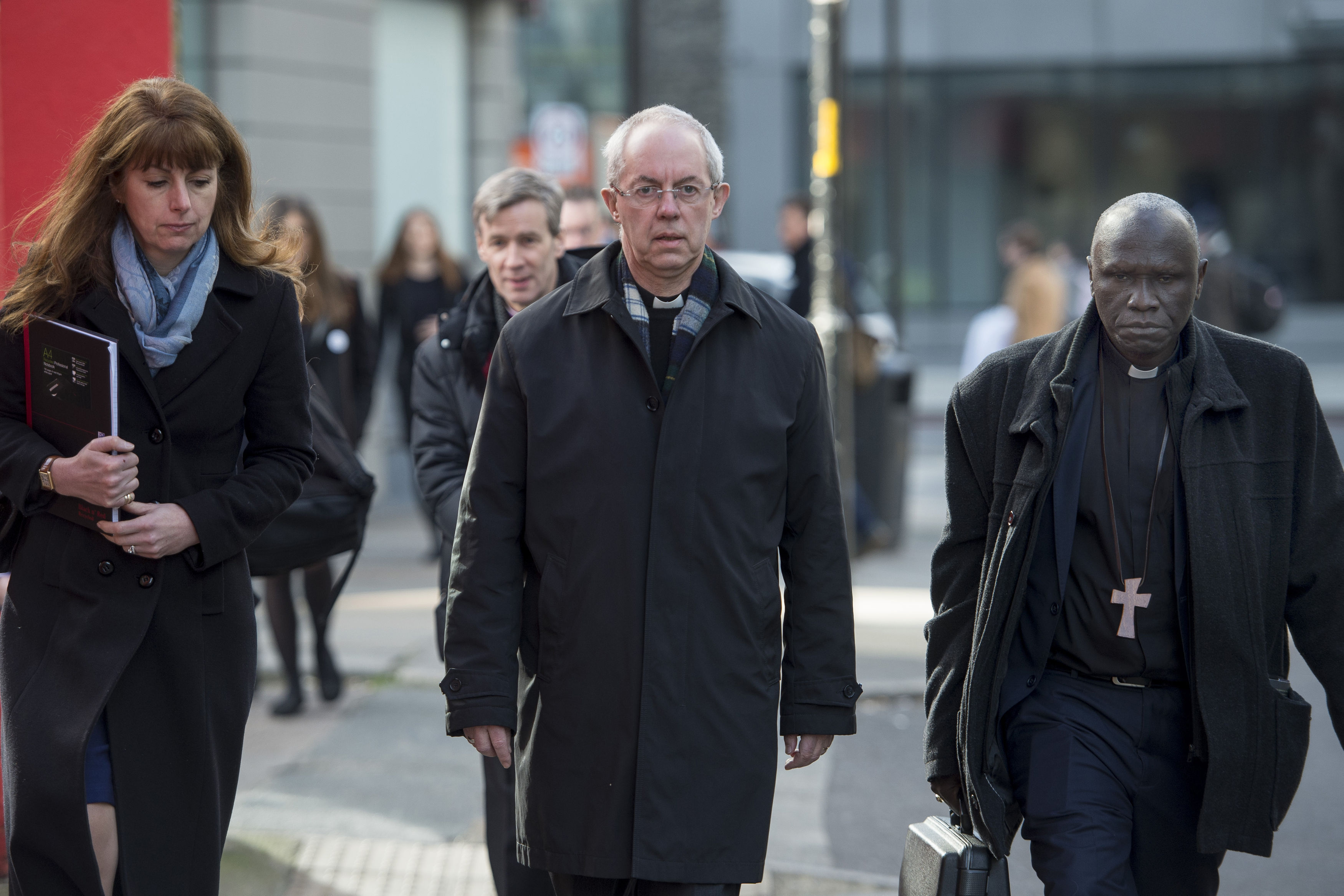 Archbishop Welby 'appalled and ashamed' of Church of England 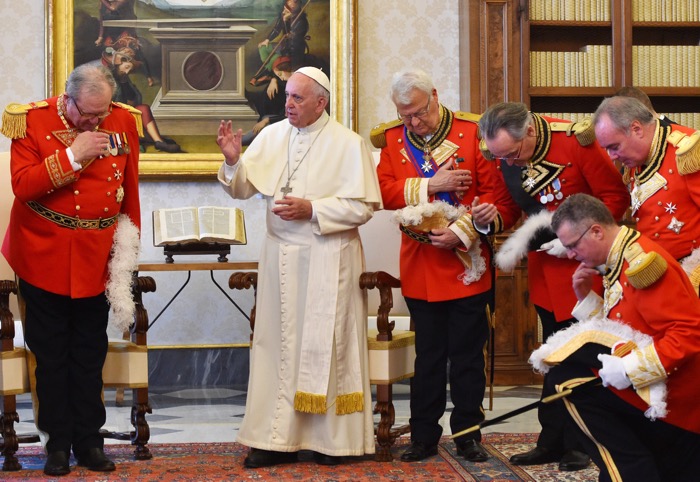 The Knights of Malta have suspended the author of a book accusing Pope Francis of governing the Church like a Latin American dictator, disassociating themselves from its contents and describing the account as “biased”.

Henry Sire, an English historian and member of the Order of Malta who lived at the knights’ headquarters in Rome from 2013 to 2017, presents Francis as an “authoritarian, manipulative, and politically partisan pontiff” in his book “The Dictator Pope”.

The author resided at the order’s Grand Magistry palace on the Via dei Condotti to research a well-received history of the Knights of Malta at the behest of fellow Englishman Fra’ Mathew Festing, the former Grand Master. His book on the Pope, however, is described as being the “fruit” of his time in Rome.

Mr Sire has written half a dozen history books including one on Catholic tradition where he describes the Second Vatican Council as a “betrayal of the Church’s faith” that needs to be “reversed” and backs the traditionalist group, the Society of Saint Pius X.

Released online at the end of last year and published under a pseudonym, “The Dictator Pope” is highly critical of Francis’ actions following the public battle between the Order of Malta – then led by Fra’ Matthew – and the Vatican.

That dispute, which took place from the end of 2016 until early 2017, erupted over the distribution of condoms but became a proxy war between the Pope and opponents of his papacy.

In “The Dictator Pope” Mr Sire describes Fra’ Matthew as an “out-and-out traditionalist, in doctrinal and liturgical terms”. The former Grand Master resigned at the request of the Pope, thereby paving the way for reform.

A spokeswoman emphasised the order disputed Mr Sire’s account of the row and said the Knights' governing board, the Sovereign Council, had now decided to suspend his membership.

The process against Mr Sire, which he can appeal, is due to an alleged breach of article 2, paragraph 1, of the order’s constitution which states the propose of the order is “service to the faith and to the Holy Father”.

She continued: “The Grand Magistry dissociates itself from the positions conveyed.”

After rising to fourth in Amazon’s religion and spirituality best seller list, a revised and updated version of “The Dictator Pope” is being published in book-format by Regnery on 23 April.

Its release will take place just days before members of the order gather in Rome in early May for the election of a new leader, while a tussle over the order's future direction is already under way.

In his book, Mr Sire claims Fra’ Matthew strengthened the formation of the order's professed knights, who take religious vows and hold prominent positions in the order, putting Sire at odds with those who believe the professed are not living in accordances with Church norms for religious life. Last month the Pope blocked recruitment to this professed branch, telling them stop admitting new members until reforms have been carried out.

The opposition to Francis from some of the knights and their supporters appears rooted in a view of the Church that disputes Vatican II, the 1962-65 gathering of bishops which set the blueprint for contemporary Catholicism. A fortress style church, with high liturgies, a monarchical style leadership and amplification of dogma and doctrine is the model they seem intent on pursuing.

By contrast, the Argentine Pope has aligned his papacy to the Second Vatican Council’s vision and has adopted a more personalist, instinctive and populist approach to governing the Church.

Mr Sire's book, “Phoenix from the Ashes: The Making, Unmaking, and Restoration of Catholic Tradition” singles out the High Middle Ages (1000-1250) as a golden period arguing that “no time of fluorescence can be compared to it”. Born in 1949 in Barcelona to a family of French ancestry, he is not enamoured by recent periods in Church history.

In Phoenix from the Ashes, he dismisses Vatican II’s liturgical reforms arguing there is “no obligation on any priest to use the Missal of Paul VI for any celebration” and the only liturgy that has “universal right” in the Church is that promulgated by Pope St. Pius V (1504-72).

“The ordinary Mass today is not the offering of an eternal sacrifice but a lecture conducted by the priest and two or three women of the public-librarian class,” writes Mr Sire.

He also argues that the Society of Saint Pius X, which splintered off from mainstream Catholicism in protest at Vatican II’s reforms, “has been essentially right” while “the official Church has been wrong”.

The row between the order and the Vatican blew up after Fra’ Matthew sacked a senior aide over the distribution of condoms, having been encouraged to do so by Cardinal Raymond Burke, who has publicly challenged Francis over plans to give communion to remarried divorcees.

The dismissal of Albrecht von Boeselager ran contrary to the wishes of the Holy See, although in “The Dictator Pope” Mr Sire claims the Pope had “appeared to grant authorisation” to Cardinal Burke, a prominent Francis critic, to “act against” von Boeselager.

While Mr Sire was educated by the Jesuits at Stonyhurst College, in Lancashire, Northern England, he holds the first Jesuit Pope in low regard.

“Could Pope Francis be the most tyrannical and unprincipled pontiff in modern times?” the book’s pre-publicity reads.

The author is particularly critical of the influence on Francis of of Juan Perón, the dominant force in post-war Argentine politics. “Peronism” defied left or right categories, believed in a generous welfare state, encouraged quasi-national religious piety and centralised power around its leader.

But for Mr Sire the Pope has adopted Perón’s political techniques such as agreeing with whomever he meets, and thus giving indications that he supports conflicting opinions. A recent book on Francis’ intellectual thought, however, shows how he is happy with “apparently contradictory poles in tension”following in the tradition of Romano Guardini, a German theologian of Italian origin.

The Tablet contacted Mr Sire via his publisher for a response but had received no reply from him at the time of publication.

Pic: Pope Francis received the then Grand Master of the Sovereign Order of Malta, Fra Matthew Festing (left), accompanied by members of the Order's Government in the Pontiff's private study in the Vatican on June 23, 2016. File pic from PA Images