Cardinal O’Brien, the retired Archbishop of St Andrews and Edinburgh, has died in hospital 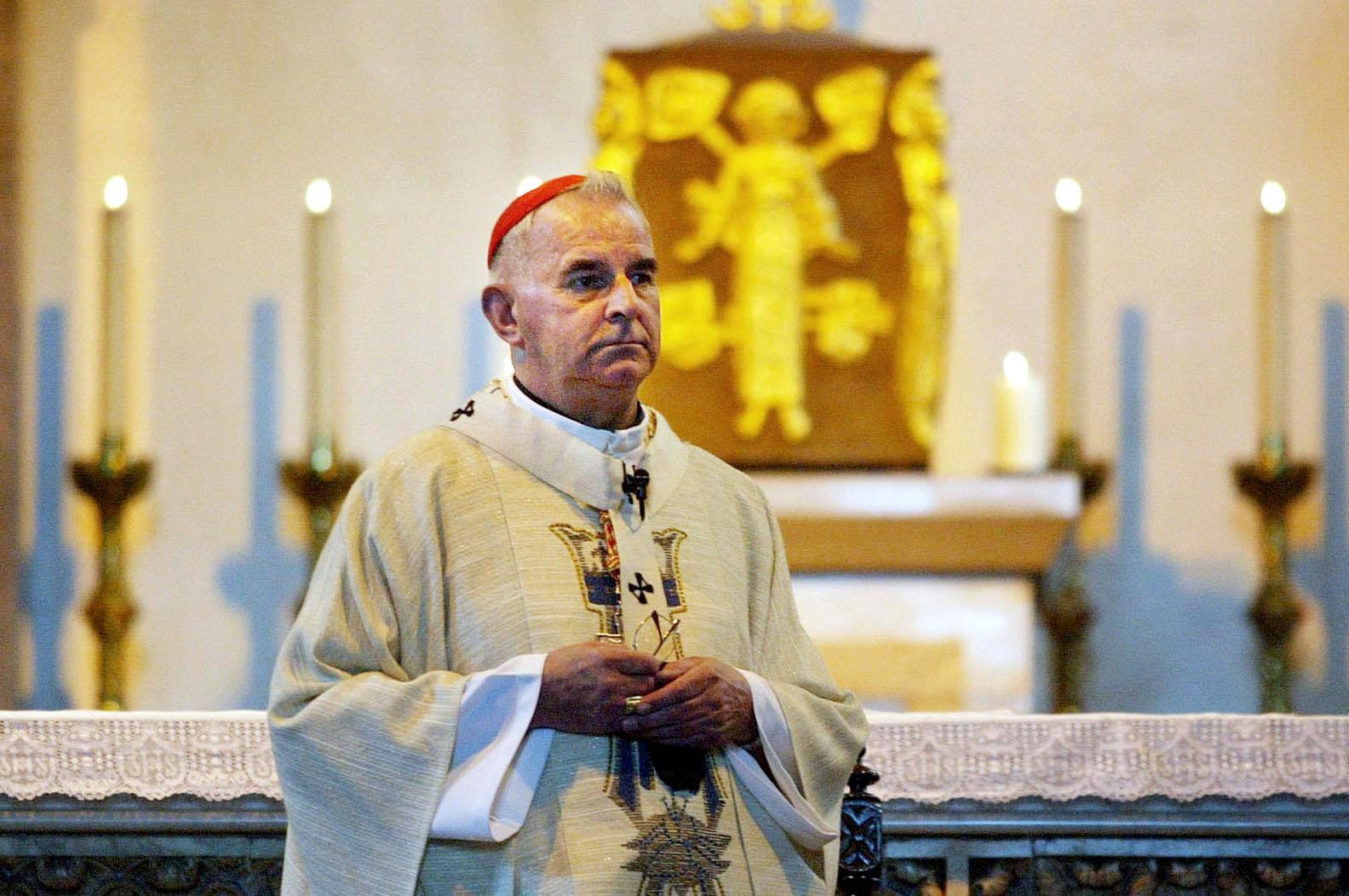 Cardinal Keith O’Brien, the retired Archbishop of St Andrews and Edinburgh, has died at the age of 80.

A leading figure in Scottish Catholicism for decades, the cardinal suffered a dramatic fall from grace when he was accused of sexual misconduct against junior priests and seminarians.

The allegations caused a global media storm as they first surfaced in the days after Benedict XVI’s decision to resign the papacy and as cardinals gathered in Rome for the 2013 conclave that elected Pope Francis.

As a result of the furore, Cardinal O’Brien announced he would not take part in the papal election, an unprecedented decision by a cardinal whose primary duty is to vote for a new Pope. While cardinals sometimes do not attend conclaves due to ill health, or travel problems, it is unheard of for one to decline voluntarily to participate.

Following his election, Francis commissioned an inquiry into the cardinal’s conduct by Maltese Archbishop Charles Scicluna, the Vatican’s top sex abuse prosecutor, which led to O’Brien renouncing the “rights and duties” of a cardinal in 2015.

The launching of an investigation into a prelate of O’Brien’s standing was highly unusual. The last time that a cardinal resigned the red hat was Cardinal Louis Billot, in 1927.

"In life, Cardinal O'Brien may have divided opinion,” his successor in Edinburgh, Archbishop Leo Cushley, said in a statement. "In death, however, I think all can be united in praying for the repose of his soul, for comfort for his grieving family and that support and solace be given to those whom he offended, hurt and let down. May he rest in peace."

Born in Northern Ireland, O’Brien’s family moved to Scotland when he was a child. The cardinal studied Chemistry at the University of Edinburgh before training for the priesthood.

Ordained in 1965, the young priest worked in parishes before becoming spiritual director at St Andrews College, Drygrange, a seminary which closed in 1986, and then Rector at St Mary’s College, Blairs, another seminary that has since shut down.

It was a former St Andrew’s seminarian who was one of those to accuse O’Brien of “inappropriate acts”. The claimant, who was then 20-years-old, said his former spiritual director had made inappropriate sexual advances after night prayers.

At least three other priests made allegations against the cardinal that were formally lodged with Britain’s then-papal ambassador, Archbishop Antonio Mennini, who passed them to Rome.

While the cardinal was not accused of any crimes, his misconduct amounted to a serious abuse of power, with the allegation that O’Brien would promote or punish them according to how they responded to his advances.

The cardinal admitted that his sexual conduct had “fallen below the standards expected of me as a priest, archbishop and cardinal”, although he had initially “contested” the allegations made against him.

Meanwhile, Archbishop Scicluna’s report, which was never made public, was was described as “hot enough to burn the varnish” off the Pope’s desk and reportedly contained a large number of complaints against O’Brien.

Embarrassment over the allegations against the cardinal were also compounded due to his high profile opposition to same-sex marriage plans in the UK which he described as “madness” and an attempt to “redefine reality”.

Ordained Archbishop of St Andrews in 1985, the cardinal had a prominent media profile who spoke out against abortion, nuclear weapons, poverty and the ban on Catholics becoming monarchs in Britain.

He also developed warm relations with Alex Salmond and the Scottish National Party speaking out in favour of Scotland becoming independent, while criticising the Labour party for downplaying their Christian roots.

Although he could be outspoken in secular politics, he was a moderate on debates within the Church, calling for a relaxation of mandatory clerical celibacy

After advocating a “full and open discussion” in the Church on homosexuality, celibacy and contraception he was forced to sign an unusual pledge to follow Catholic teaching just before receiving the cardinal’s red hat in 2003.

He could be refreshingly frank in interviews and once astonished reporters during a synod of bishops on Europe with his remarks about how cardinals assess potential candidates to be Pope.

"Bishops gossip just as much as everyone else," said O’Brien in 1999. "I saw Tettamanzi [late Archbishop of Milan] and I said, 'Who's the wee fat guy?' I know the famous ones, like [Cardinal] Martini and so forth. Yes, bishops do talk about it."

Following his resignation as archbishop, which was provisionally accepted in late 2012 but came into affect on 25 February 2013, O’Brien lived a low-key life in Northumberland.

Due to various health problems he was being cared for by the Little Sisters of the Poor in Newcastle and had been transferred to hospital following a fall.

Scottish bishops offered condolences to the Cardinal’s family and friends.

The President of the Bishops’ Conference of Scotland, Archbishop Philip Tartaglia said “We have received the sad news of the death of Cardinal Keith O’Brien, Emeritus Archbishop of  St Andrews and Edinburgh.  On behalf of the Bishops’ Conference of Scotland I wish to express my sincere sympathy on the death of the late Cardinal to his family and close friends. I ask for prayers for the repose of his soul. May he rest in peace.”

Bishop of Motherwell Joseph Toal said: “I will pray for the eternal repose of the soul of Cardinal Keith Patrick O’Brien, who died early this morning – may he rest in God’s peace. I extend my sympathy and prayerful support to his family, friends and all who mourn his passing. With constant hope in the Lord’s goodness and mercy.”