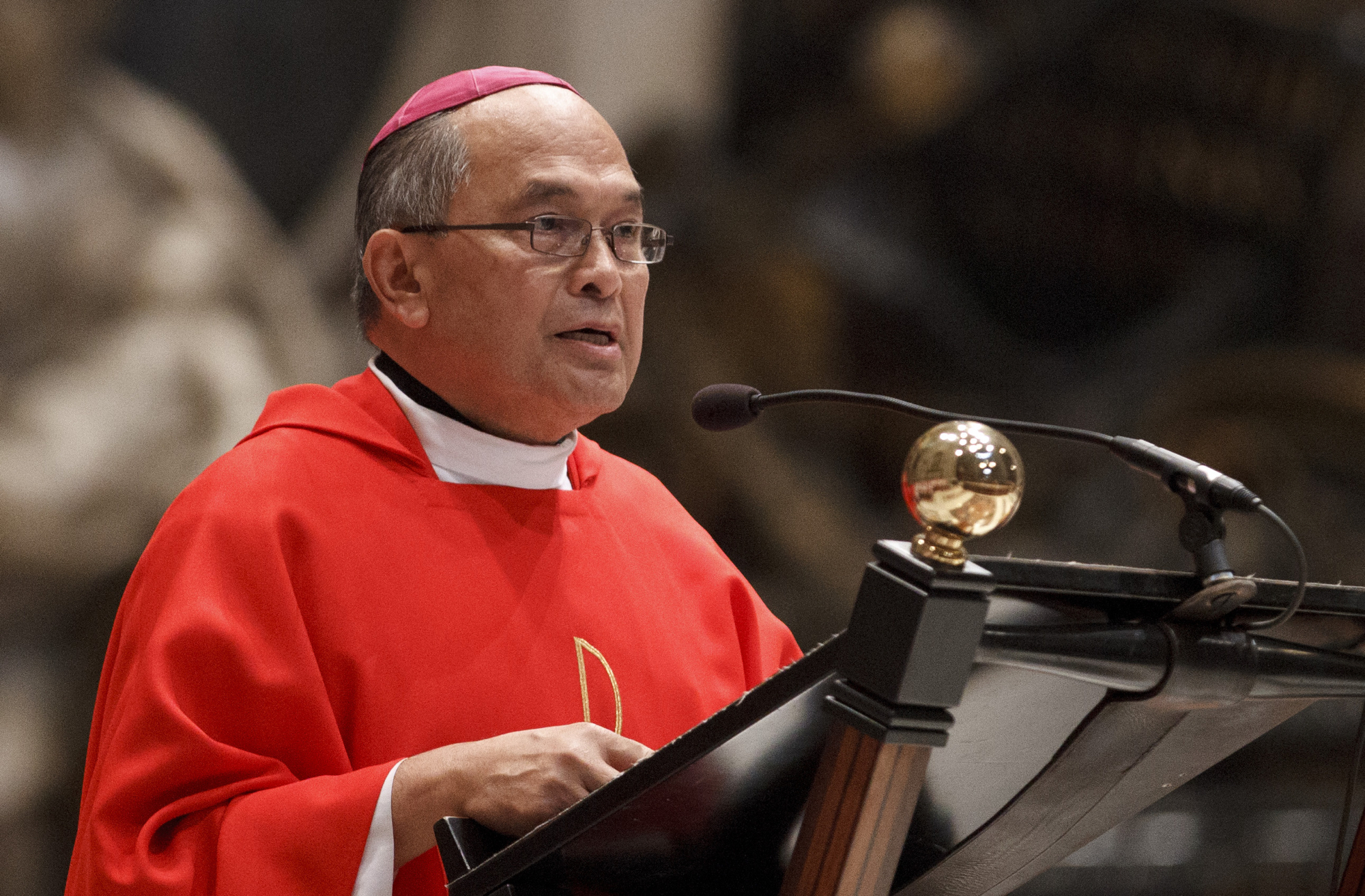 Guam archbishop to be removed from office

Padre Pio, said Pope Francis, loved the Church with all its problems 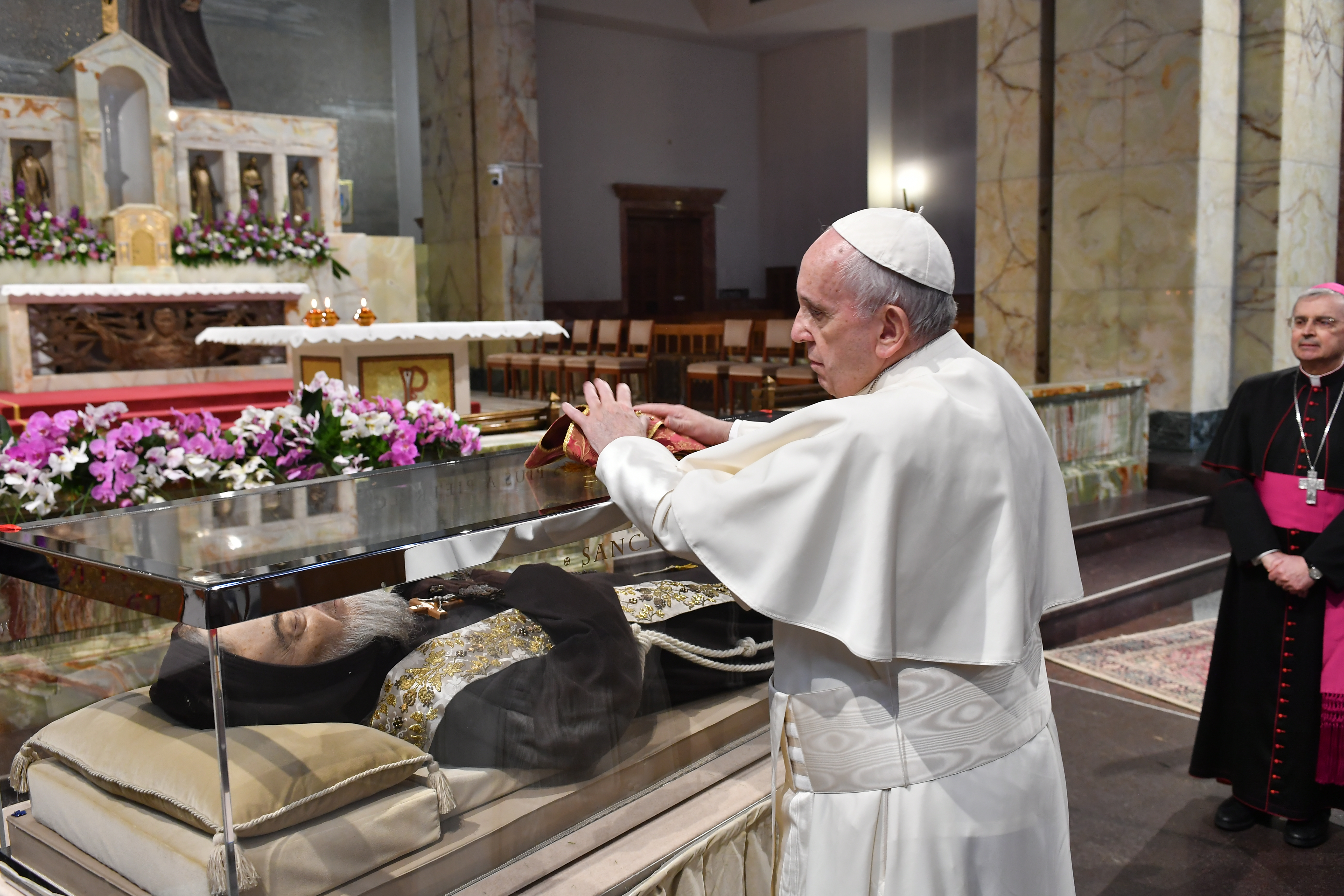 Pope Francis is urging Catholics to love the Church despite its problems by following the example of the popular Italian saint Padre Pio, a mystical figure who battled with the devil and suffered from the stigmata.

Francis spent Saturday at the birthplace of the Capuchin friar, in the southern town of Pietrelcina, and at San Giovanni Rotondo, where the saint founded a hospital.

Padre Pio, the Pope told the crowd gathered in the town’s square, “loved the Church with all its problems, with all its troubles, with all our sins.” He went on: “We are all sinners, we are ashamed, but the Spirit of God has called us into this Church which is holy.”

While not going into details, Francis has faced criticism in recent months for his handling of clerical sexual abuse while a former director of the Vatican’s bank is due to stand trial with a lawyer for defrauding the institution of around €50 million.

The visit was a moment for the Latin American Pontiff to stress his vision of a merciful, compassionate church by holding up the example of a saint who devoted himself to the sick and an “apostolate of listening” which saw him spend 14 hours a day in the confessional.

It also underscores this Pope’s promotion of popular piety with Padre Pio – who Francis held up as a model of merciful compassion during the Church’s year of mercy – one of Italy’s most revered figures with an appeal that stretches across the world. On Saturday Francis was keen to emphasis the saint’s care for those who modern culture sees as disposable, such as the sick and the weak. Pope Francis, himself aged 81, has throughout his papacy called for more attention to be paid to the wisdom of the elderly, who he has described as "custodians of memory".

Later in the day the Pope celebrated Mass for around 30,000 people after visiting and embracing children suffering from cancer in a ward founded by Padre Pio. He also visited the room where the saint was born in 1887 and the chapel of the stigmata, where the saint first experienced the wounds on his feet, hands and side which corresponded to those of Christ’s. The saint wore gloves to hide the wounds and absorb the blood.

“Many are ready to ‘like’ the page of great saints, but who does what they do?” Francis said during his homily at the Mass next to Padre Pio’s shrine. “The Christian life is not an ‘I like’, but an ‘I give myself.”

Francis also paid tribute to the saint’s struggle with the devil, which biographers say he wrestled with in his cell. In off the cuff remarks the Pope asked the crowd if they believed in the devil and when the reply was at first lukewarm he joked that he would tell the local bishop to start doing more catechesis teaching on the topic.

“His soul was greatly tormented,” Francis explained. “He felt assailed by the devil.”

According to his fellow friars, Padre Pio’s demonic tussles were so intense that he heard him calling from his cell at night and once found him on the floor, his eyes bleeding. “The devil tried to scratch out my eyes,” he is reported to have said.

Souvenir stalls sell a whole range of religious memorabilia dedicated to the saint from key rings to statues, while it is also possible to receive a blessing from one of the gloves he used to wear. There are also a number of prayer groups dedicated to Padre Pio, who died in 1968 and was canonised in 2008.

The saint was also renowned as a highly perceptive confessor.

Graham Greene, the Catholic novelist who could be as sceptical as anyone, was once invited to meet the saint while travelling in southern Italy with a “woman friend of mine.” Greene, writing in a letter later obtained by fellow novelist David Lodge, said he declined the opportunity “as neither of us wanted our lives changed! We were both Catholics.”