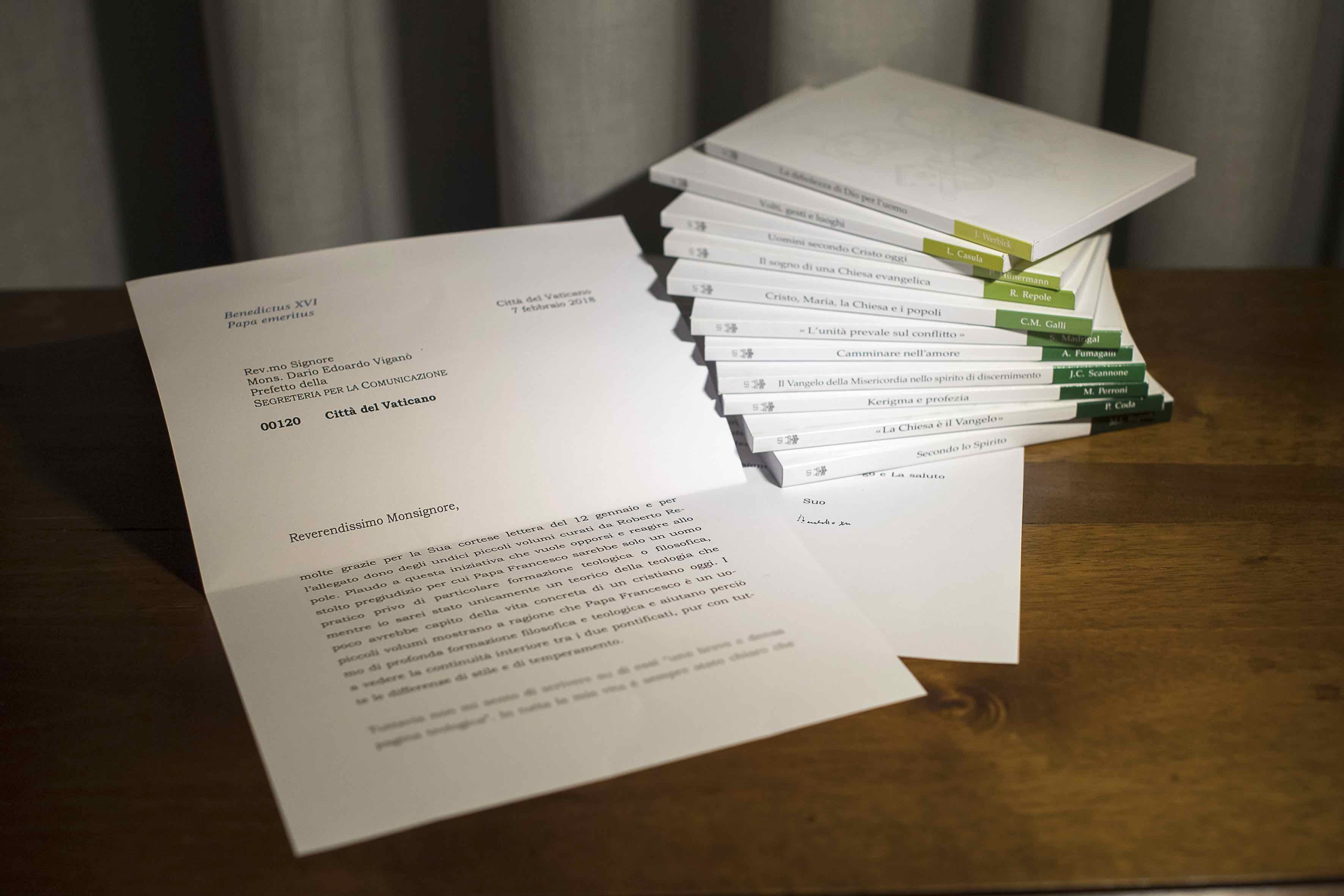 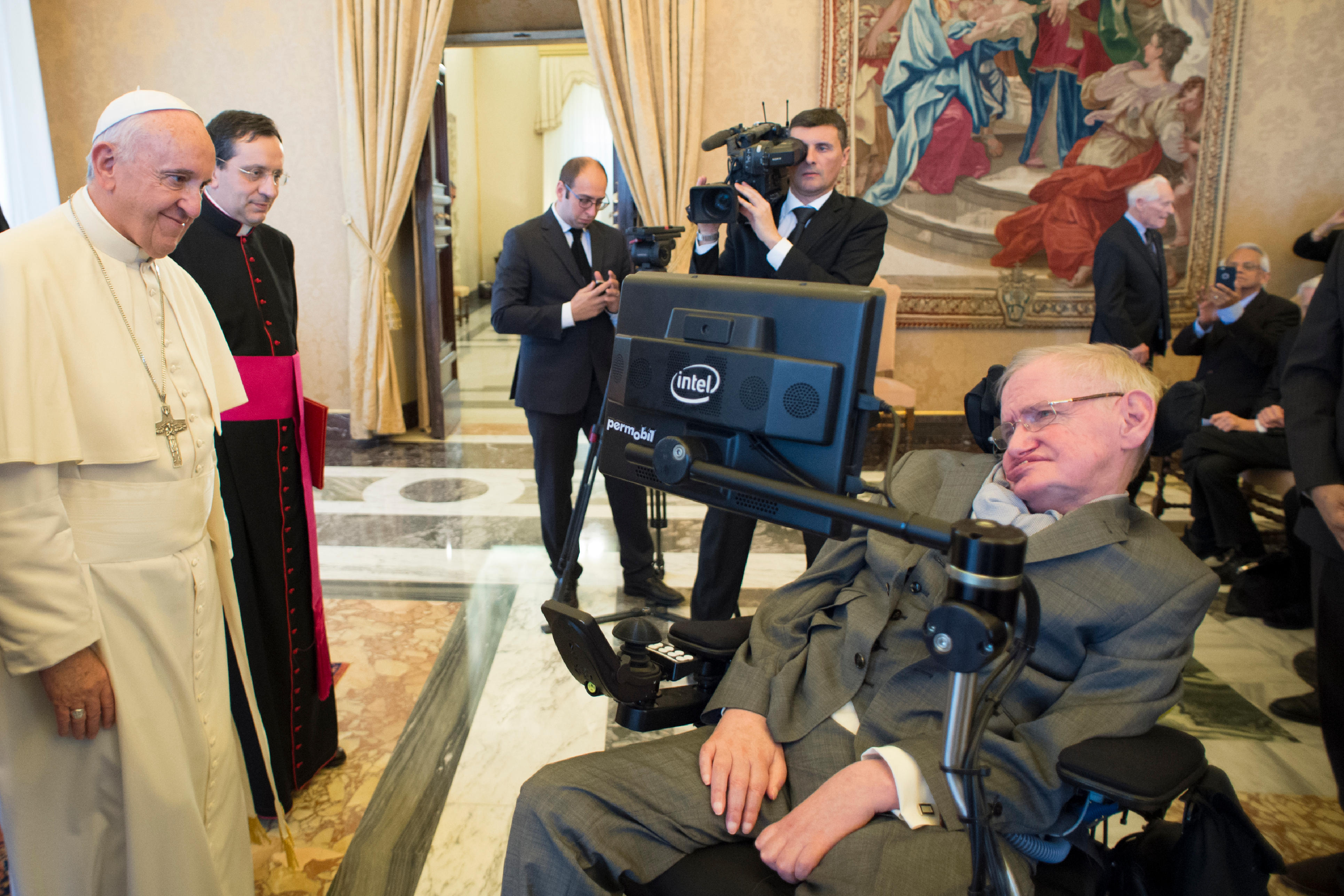 Theoretical physicist Stephen Hawking, who said he did not believe in God, was still an esteemed member of the Pontifical Academy of Sciences and fostered a fruitful dialogue between science and faith.

The academy, which Pope Pius IX established in 1847, tweeted, "We are deeply saddened about the passing of our remarkable Academician Stephen #Hawking who was so faithful to our Academy."

"He told the 4 Popes he met that he wanted to advance the relationship between Faith and Scientific Reason. We pray the Lord to welcome him in his Glory," @CasinaPioIV, the academy, tweeted March 14.

"We value the enormous scientific contribution he has made to quantum cosmology and the courage he had in facing illness," the observatory tweeted in Italian.

The British-born theoretical physicist, cosmologist and popular author died March 14 at the age of 76.

Cardinal Vincent Nichols of Westminster tweeted, "We thank Stephen Hawking for his outstanding contribution to science. As a member of the Pontifical Academy of Science, he will be missed and mourned there, too."

Anglican Archbishop Justin Welby of Canterbury tweeted: "Professor Stephen Hawking's contribution to science was as limitless as the universe he devoted his life to understanding. His was a life lived with bravery and passion. As we pray for all those who mourn him, may he rest in peace.

Blessed Paul VI named Hawking a member of the papal academy in 1986. The academy's members are chosen on the basis of their academic credentials and professional expertise – not religious beliefs.

Blessed Paul, the first of four popes to meet Hawking, gave the then 33-year-old scientist the prestigious Pius XI gold medal in 1975 after a unanimous vote by the academy in recognition of his great work, exceptional promise and "important contribution of his research to scientific progress".

Pictures from the academy's archives show the Pope kneeling before Hawking, who was seated in a motorised wheelchair, to present him with the medal and touch his head.

Hawking had most recently met Pope Francis when he delivered his presentation on "The Origin of the Universe" at the academy's plenary session on science and sustainability in 2016.

In interviews and his writings, Hawking asserted that God had no role in creating the universe.

Yet his avowed atheism did not keep him from engaging in dialogue and debate with the church as his work and contribution to the papal academy showed.

He also debated on CNN's "Larry King Live" in 2010 with Jesuit Father Robert Spitzer – a philosopher and educator – over the scientific underpinnings of the beginning of the universe and the theological arguments for the existence of God.

Vatican astronomer, Jesuit Brother Guy Consolmagno, who has studied both physics and philosophy, told Catholic News Service in 2010 that "the 'god' that Stephen Hawking doesn't believe in is one I don't believe in either."

"God is not just another force in the universe, alongside gravity or electricity," he added. "God is the reason why existence itself exists. God is the reason why space and time and the laws of nature can be present for the forces to operate that Stephen Hawking is talking about."

Pic: Pope Francis greets Stephen Hawking during an audience with participants attending a plenary session of the Pontifical Academy of Sciences at the Vatican Nov. 28, 2016. Hawking, the British-born theoretical physicist, cosmologist and popular author died March 14 at the age of 76. (CNS photo/L'Osservatore Romano, handout)